In this review we take a look at the sturdy and great Workhouse Cube from Radial. Manufacturer Radial Price £319 Contact Shure Distribution Web www.shuredistribution.co.uk With the continued resurgence in studio hardware, we’re finding the need to look at and – in some cases, such as this – revisit more hardware-based accessories, including racks, desks and 500 Series accessories. […] 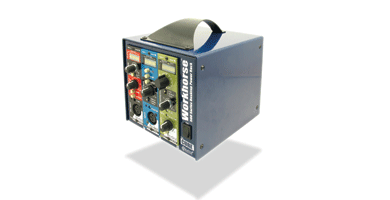 In this review we take a look at the sturdy and great Workhouse Cube from Radial. 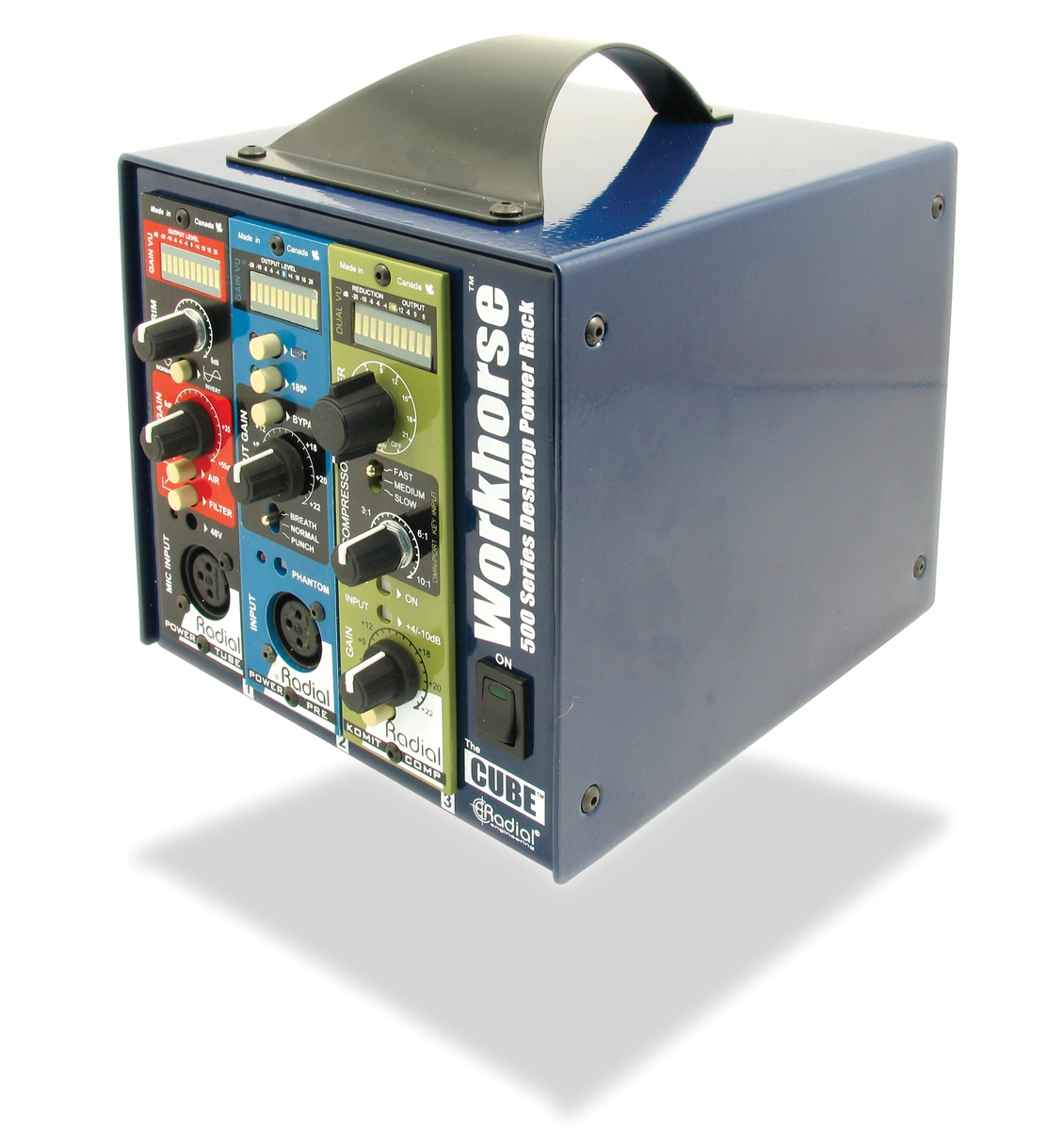 With the continued resurgence in studio hardware, we’re finding the need to look at and – in some cases, such as this – revisit more hardware-based accessories, including racks, desks and 500 Series accessories. Enter the Workhorse Cube from Radial…

The 500 Series format has been with us for a while now, its enduring popularity maintained by its convenience and cost. Racks such as The Cube make it an even more attractive proposition and bring its compatible devices to the masses via desktop or medium-based studio set-ups.

Radial makes units for 500 Series devices, which can house greater numbers – eight is typical – but The Cube will hold three, and is designed for maximum portability – with a big beefy handle on top – and to go pretty much anywhere, whatever your set-up. As such, it will sit on the aforementioned desktop, and also within an angled recess to keep it more out of the way but easily within reach.

The main advantage is not just housing your 500 Series gear in a nice compact way (although it does that very nicely, thank you). The Cube also brings ease of signal flow to the party, by way of a Feed feature. 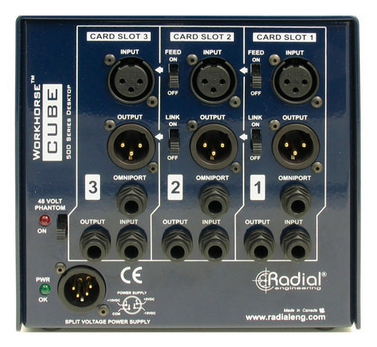 The rear panel has connections including XLRs for each module, plus ¼-inch TRS connectors for multiple units – which also allow patching and parallel processing.

However, the additional Feed function patches them together in series automatically, so that whatever units you have within The Cube all work as one. Very neat.

We’re not just talking sturdy box, but also a useful patching interface between your 500 Series gear and whatever you use, so it’s not such a pricey solution as it may seem.

When we first looked at the Workhorse, we said it was “an ideal way to bring analogue processing into a desktop environment”. That’s even more true now, as hardware is returning to studios by way of fashion and necessity, making products such as The Cube more essential than ever 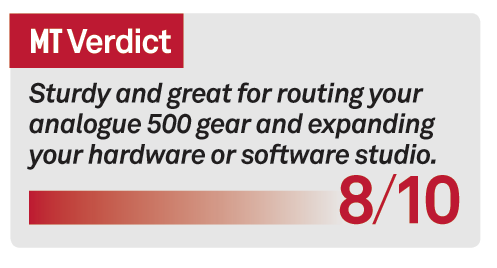