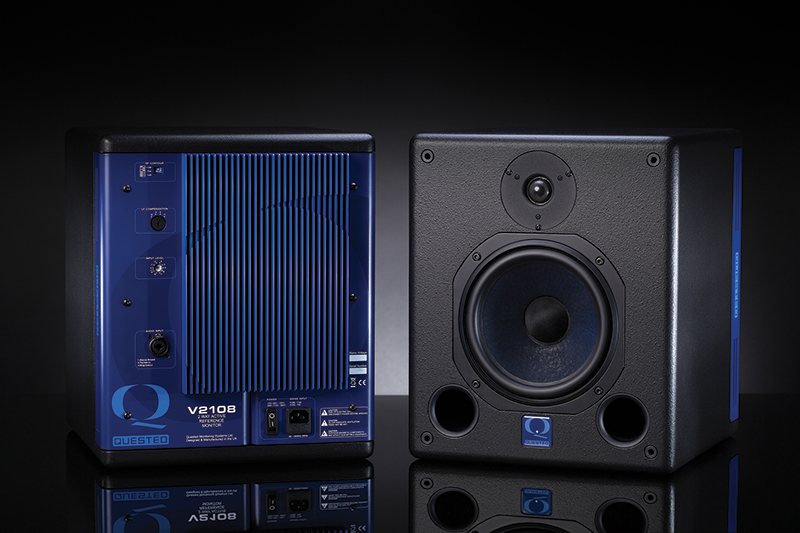 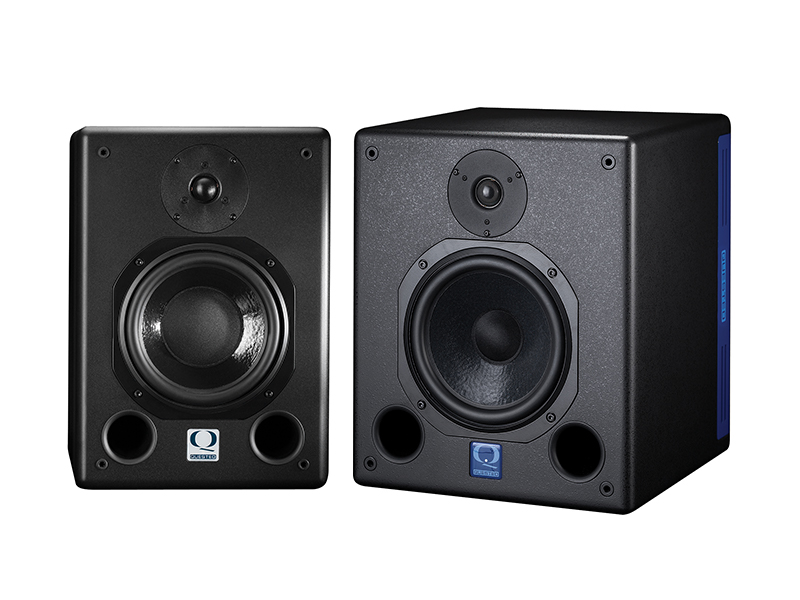 Unlike the Adams, Eves, Genelecs, PMCs, and Focals of this world, Quested has a low profile outside of the most exclusive of recording studios. The company has been in the pro audio business for over 30 years, with its monitors used in top-flight facilities such as Abbey Road Studios and by golden-eared professionals like Hans Zimmer and Trevor Horn.

They were also installed in established London studios such as SARM West, Trident and Townhouse, and also in use at the sadly now defunct Ridge Farm Studio, one of the first residential studios in the country. It was there that I first heard, and was extremely impressed by, a full-range Quested system while working with a band during the Britpop era of the mid-1990s.

Now Quested offers a small range of off-the-peg models, and under test here are two nearfield monitors, one from the S range and the other from the more upmarket V range.

Listening to both the S8R and V2108 monitors, I was reminded of that initial experience, recognising the detailed, yet warm and unforced reproduction of audio that’s so rare in monitoring systems these days. While the vast majority of monitor manufacturers now employ ultra-fast ribbon tweeters, Quested still uses soft dome high-frequency drivers – technology the company pioneered in the 1980s.

The result is a more relaxed and musical sonic character, which is no less accurate than the trip-hammer response of most modern designs, yet doesn’t bombard you with fatigue-inducing filigree detail.

First up is the S8R. A 2-way active design, the onboard amps deliver 370 watts in linear class A-B mode, capable of extremely high sound pressure levels. With this in mind, Quested provides a guide recommending the length of time the monitors can be listened to at a specified volume. So at 90dB they can be used for eight hours, but at 100dB this is reduced to 40 minutes, while levels of 115dB and above are not recommended.

The in-house built silk dome tweeter extends to 20kHz, while the heavy 200mm (8”) mid/bass driver crosses over at 1.4kHz and operates to 53Hz (+/- 2dB) with a -6dB cut-off down to 41Hz, assisted by two front firing ports. EQ filters on the rear panel allow the HF and LF to be tailored to suit your environment. In our control room I found a 2dB bass roll-off at 42Hz gave optimum results.

The S8Rs initially sounded a little thick in the low mids, though the rest of the frequency range was remarkably smooth and even-handed. The 2dB LF roll-off helped here, opening the soundstage up, especially at higher monitoring levels. Even so, the lower registers remained fulsome and weighty, offering a refreshing alternative to the tighter nature of rival monitors.

Detail in the broad midrange and treble region was, in a word, delightful – mainly in its restraint, offering an open window into proceedings without firing out a torrent of explicit information. Some monitors like to pull apart a mix without the ability to gel as a musical whole. Not the S8Rs. They place everything in its rightful place, allowing each component to be heard in context without undue emphasis or over exposure.

Stereo imaging was good, if not as pinpoint accurate as some other designs, and image depth was similarly curtailed comparatively; they do not present a holographic soundstage. The positive side of this is they fill the room well without forcing you into a narrow sweet spot.

Moving onto the more expensive V2108s, these feature similar-sized drivers but with different designs, each powered by a bespoke 200-watt amp. Again, HF and LF EQ filters are provided and while the V2108s are less tubby-sounding than the S8Rs when flat, I still rolled-off some low end to mate better with our control room.

Launched in 1988 and now in its fourth generation, the V2108 is Quested’s longest standing monitor. It’s easy to hear why it has remained popular, as even a cursory listen reveals it to be an exceptionally good mid/nearfield monitor. And by that I don’t mean good for the price; they’re not cheap by any means, but I’ve heard many more expensive monitors produce inferior sound.

Tonally they are great, among the very best loudspeakers I’ve heard, large or small, domestic or professional. Their ability to highlight subtle shifts in intonation as an instrument is being played is faultless, as is the way they portray individual elements of the most dense and complex mixes.

Dynamic expression is also first rate, while micro dynamics – changes in level as a musical part is performed – are superbly rendered, even with heavily compressed material. While they fill a room amply, avoiding a narrow sweet spot as the S8Rs do, their panoramic soundstaging is in a class above.

The bottom line is that both of these monitors are superb, and will provide all your monitoring requirements.

We all need decent monitors to let us know how our recordings will sound in the real world. Some designs – the Yamaha NS10M springs to mind – are voiced to sound ruthless, so that if your mix works through them, it’ll sound good anywhere. These Questeds are more relaxed – which is easier on the ear without flattering your recordings.

The trouble with aggressive, warts-and-all type of monitors is that they are best used in conjunction with large, relaxed systems to provide an alternative presentation. However I think these Questeds both manage to provide an accurate insight into the details within a recording, without it being a seat-of-your-pants ride. With any equipment like this, an audition is advisable.

However, I suspect anyone in the market for monitors of this quality will love them.

A 3-way active design incorporating a 28mm soft dome tweeter, 100mm midrange and 200mm bass drivers. We were impressed, saying, “The LYD range was worthy of our best monitor tag. Now the flagship has sailed in, and it’s even better”.

EVE
SC3010 £4999
A large 3-way design delivering a smooth, effortless sound, ideal for larger working environments. I concluded, “they offer full-range, accurate and musical monitoring for the money you’d expect to spend on a pair of top-flight midfields”.