The power and convenience of today’s digital reverbs makes it easy to forget that such staple effects were once a luxury. Mike Willox goes back to the 80s The digital revolution that brought the functionality of huge pieces of analogue kit to much smaller and versatile units was perhaps at its most profound in the […] 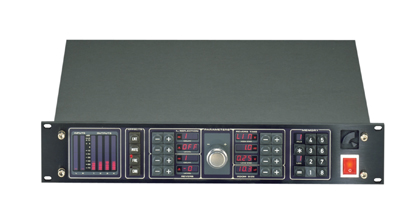 The power and convenience of today’s digital reverbs makes it easy to forget that such staple effects were once a luxury. Mike Willox goes back to the 80s

The digital revolution that brought the functionality of huge pieces of analogue kit to much smaller and versatile units was perhaps at its most profound in the development of the digital reverb. Where previously you had to either mic up a room or pass your signal through something like the enormous EMT 140 plate reverb (with its 2×3-metre metal sheet suspended by springs from the corners of its steel frame), from the late 70s it became possible to place sounds in quite dramatic ambiences from the control room.

Early digital reverberation technology mainly utilised multi-tap techniques, often producing grainy, bit-lite results, with only the most expensive of units – the Lexicon 224 was generally lauded then as much as its contemporary stablemates are today – able to generate really natural-sounding ambiences.

The nature of early digital reverbs – limited by the lack of processing power we take for granted today – tended to give you more of the instrument itself and associated, undesired artefacts as opposed to the sound of the room that the instrument was intended to be playing in.

In the early 80s, however, a man from the depths of the Black Forest of northern Germany (and without any formal education in the field) was at work producing the first real solution for those looking to re-create the effect of an instrument or voice resonating in a concert hall or (to quote the original user manual) a tin can.

Wolfgang Schwarz presented his Quantec Room Simulator to the audio industry at the Montreux AES show in 1982. Although the QRS didn’t boast the same depth of functionality as some of its competitors, Schwarz’s reverb produced fantastically realistic ambiences in seven sizes, producing reverb times of between 0.1 and 100 seconds (and up to four times that for frequencies around 40Hz) while utilising only eight basic parameters.

Nick Robbins, of Soundmastering, London, purchased a QRS in 1983 for Elephant Studios in Wapping Wall: “It was ridiculously easy to use to fantastic effect but cost a fortune – I think we paid around £8,000 for ours, which was a huge investment at the time but well worth it. We put it all over The Pogues’ first album; it was the perfect way to enhance the studio recording’s live feel.”

The sleek, 2U grey unit with its red LEDs and central rotary encoder looked like it would be at home on the deck of a spaceship as much as in the control room of a recording studio, and the lack of EQ options wasn’t necessarily a drawback: one of the key factors to the QRS’s natural sound was down to the gentle cut-off at around 8kHz. There’s not an awful lot above that even in the brightest of rooms anyway and it meant that the Quantec sound wouldn’t be defined by some of the brashness that was spawned from overuse of the newly available artificial top end now possible from some of Quantec’s competitors. 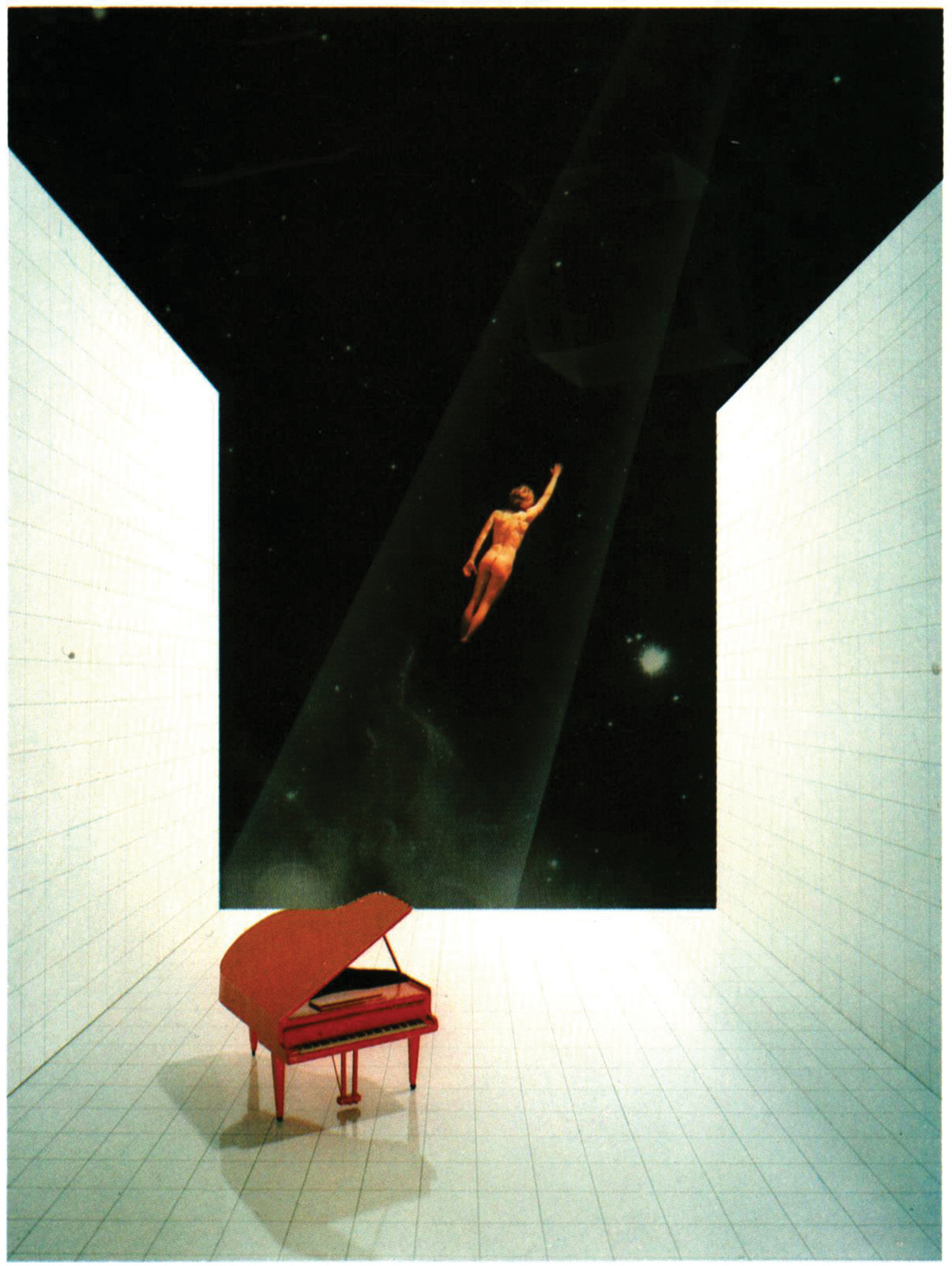 The cover of the original user manual (below) alongside some similarly esoteric marketing imagery (above). 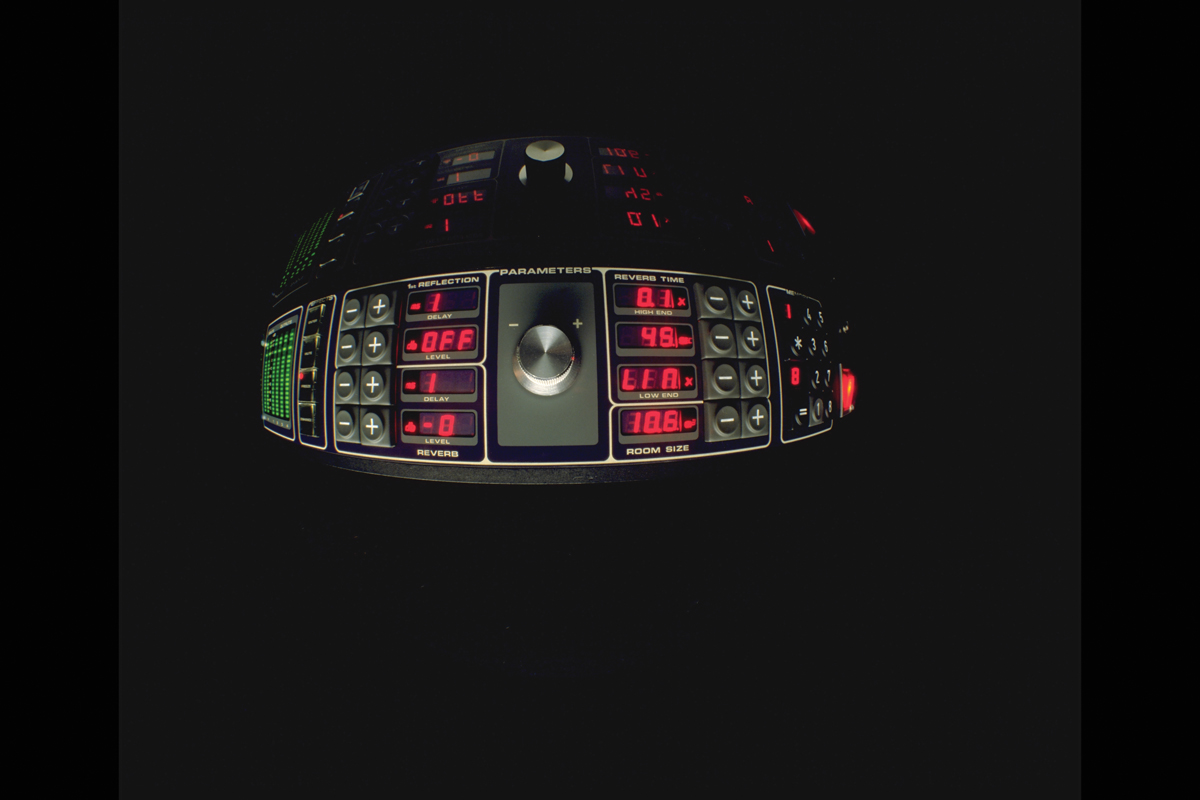 There were a couple of other tricks up the QRS’s sleeve too: Freeze or Enhance modes were also possible instead of room simulation. Freeze did exactly what it implied: it captured a signal in a unique ‘freeze room’ and – providing that the room’s walls were not parallel – allowed the signal to blend into continuous sound. Other sources could be superimposed and ‘frozen’, enabling you to build up tonal and sonic clusters. Enhance was essentially a spatial enhancer.

The accuracy of room simulation, though, was the QRS’s real selling point and it soon found itself in all of the major audio post-production studios. It was the perfect tool for matching acoustic environments, making it ideal for ADR work and sound design. Nick Robbins again: “I remember 3Mustapha3 coming to us with an album they’d recorded in an empty swimming pool somewhere in North London, on which they wanted some overdubs. We had a [Lexicon] 244 and a [Yamaha] REV 1 but it was only the Quantec that we could get sounding like the pool they’d recorded in.”

These days, Quantec is making multi-channel surround room simulators and is up there with the best. If you have an opportunity, check it out and get a taste of the QRS algorithm that’s been the mainstay of Quantec’s well-deserved reputation at the top end of the industry.