Eurorack supremo QU-Bit Electronix presents us with a hitherto untapped resource, in the shape of a new wavetable oscillator. We set to scan 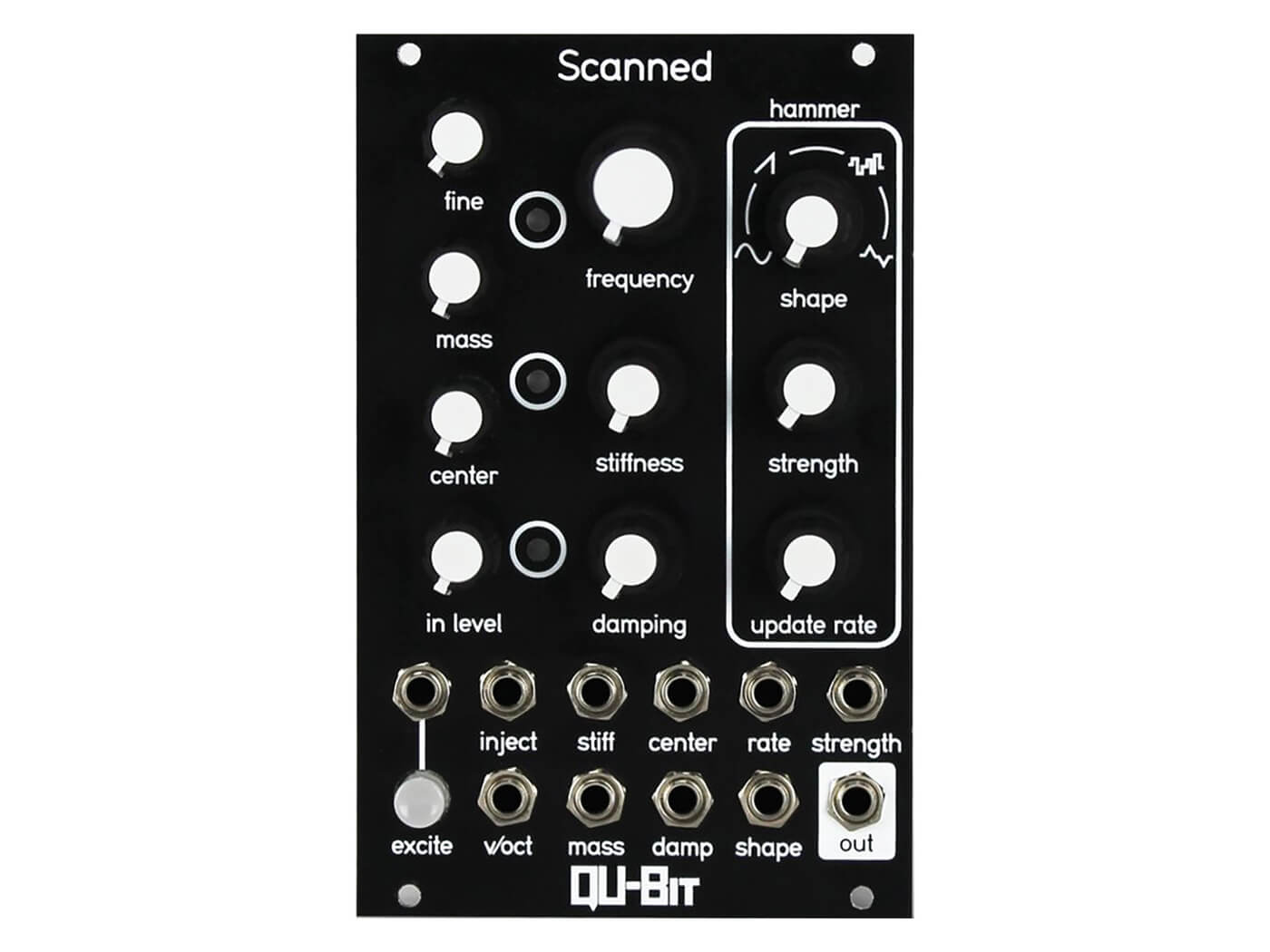 If there are two things that you can say about QU-Bit, it’s that the company has a wonderful habit of presenting modules which are just a little bit different, while maintaining a build quality which is up there with the best. However, the prospect of this new wavetable oscillator isn’t quite what you might expect from the humble description.

According to QU-Bit, Scanned is an organic wavetable oscillator, which uses a technique previously unexplored in hardware to animate wavetables that are created in real time. This process is known as Scanned Synthesis and it appears to be the first time this technology has been implemented in hardware.

Creating the opening salvo from Scanned begins with various virtual Objects, which are tied together on a virtual string. These objects are described as physical properties, such as Mass, Stiffness and Damping, all of which have an effect on the way that the tone is produced.

Decrease each of these to zero, and after some decaying of amplitude, the result is silence. The ‘organic’ nature becomes clear as slight alteration of the object pots interplay against each other and sounds emerge and decay. Identifying which of the three elements are at work is visually indicated via three flickering LEDs.

The quality of what we hear can be soft at times, while greater application yields very FM-like tones. The unpredictable nature of Scanned is endearing and movement of pots, all of which are available to external CV control, creates some stunningly beautiful and gnarly timbre. There is also a sense that each movement takes a moment to adjust and settle as the virtual objects realign themselves on the string.

There’s a greater element of control available through the Excite button. The effect can be heard immediately or triggered via a pulse. Excite animates the timbre, where the Objects are morphed into the currently selected Hammer shape, which is selected via the appropriately named pot.

These shapes run from sine and saw through to noise, with the amount of excitation being open to control. This creates a real sense of movement in the emitted texture, and while there seem to be consistencies with each repeat, you can hear the real-time nature of the operation; it’s almost like having an analogue oscillator, with digital tones.

While running Scanned in a sequenced setting, it became a fascination to try and work out exactly which element was informing or altering another. The real-time nature of what it’s doing, coupled with the fuzziness of sonic characteristics, made me quickly give up trying to categorise it; instead being entranced by its beautiful sonic character. This oscillator is very at home as a different flavour within a system, while also offering plenty of scope for use in a drone-based capacity.

It can sound very digital and subtle, often like a tamed-circa-1983 FM-styled machine, but it can also sound quite distorted and out of control. If you like modular, the chances are you’ll be drawn to the concept of creating sounds which are different and can be placed under varying degrees of CV control. There’s plenty to enjoy here, mainly because of its interesting sonic makeup, but also because it’s got a sense of unpredictability about it.

The A-112 is a two for-the-price-of-one design that will give you a wavetable VCO with sampler, too. It looks classy in its new vintage livery and won’t break the bank if you want to dip your toe in the water.

The Terrarium is something of a daddy of wavetable oscillators, offering some of the smoothest transitions available. It also offers a digital VCO for creating super saws, making it exceptionally powerful.