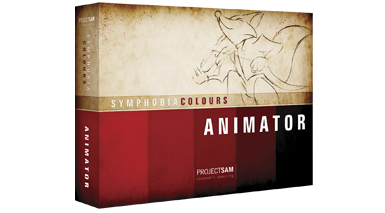 While other cinematic libraries explore the darker side of orchestration, Animator takes a distinctly lighter, comical approach. Mark Cousins gets animated. 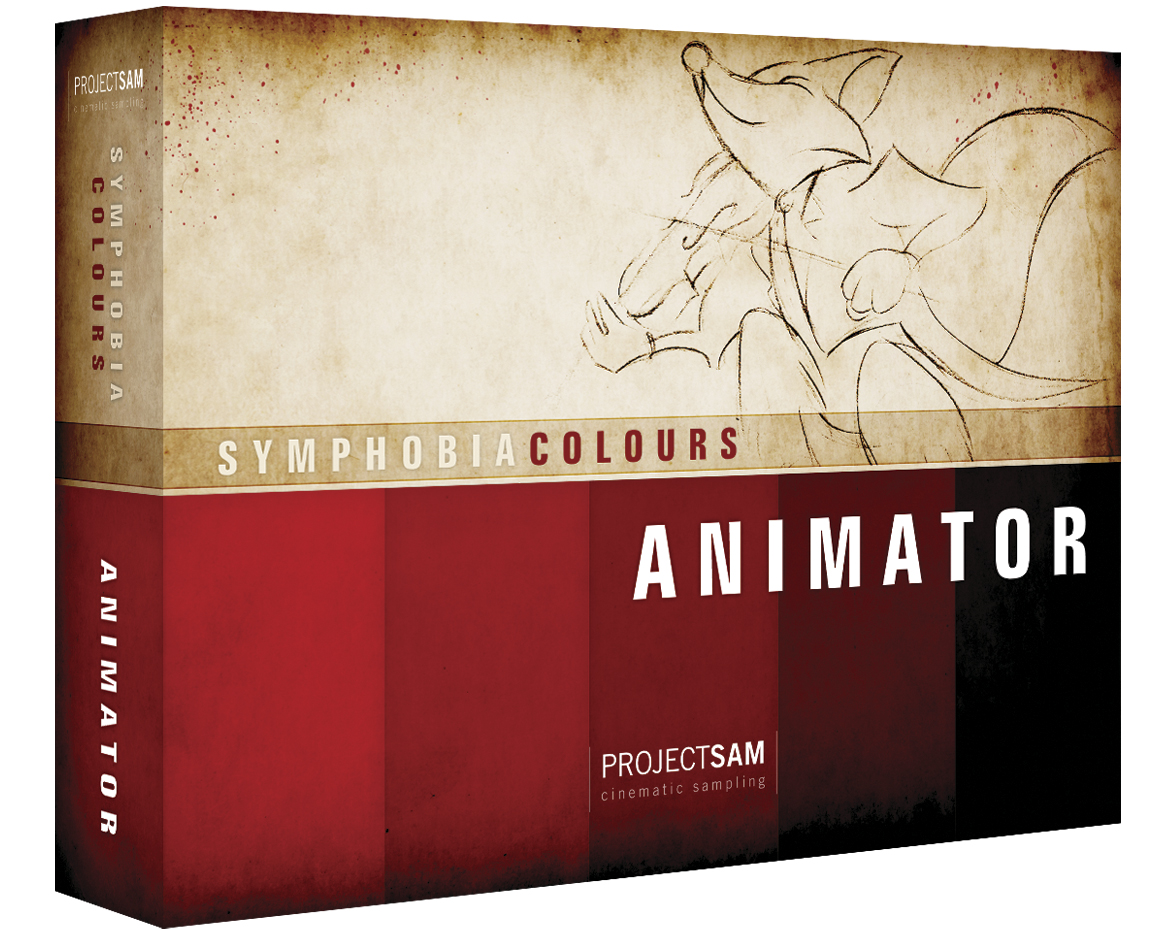 Along with Orchestrator, reviewed in MT135, Animator is part of a pair of new Symphobia Colours products released by ProjectSAM. The aim of the Symphobia Colours series is to provide smaller, more focused libraries (by comparison to the full-sized Symphobia series), yet still retain the key ethos and sound that has come to define ProjectSAM. As such, Animator and Orchestrator are much more affordable than any of the three previous Symphobia offerings, but can they live up the same high standards that we’ve come to expect?

The unique concept that defines Animator is the idea of fast, playable comedy scoring – think Looney Tunes or Tom and Jerry, in other words. Rather than providing single instruments, such as bassoon or clarinet, the patches included in Animator are largely recorded as an ensemble, either playing a given articulation, a short phrase or special effects. To help you navigate the library, the Kontakt Instruments are organised by application, with imaginative titles such as Wink Wink or Tiptoe that give a clear indication of the musical effect you can achieve.

Anyone who’s explored the lighter side of Lumina, ProjectSAM’s third edition of the Symphobia series, should be immediately familiar with the approach taken with Animator. Arguably, the instruments are a masterpiece of both orchestration and sampling expertise, with a range of articulations musically mapped across the keyboard. The In Disguise instrument, for example, starts off with double bass and ride, with different velocities moving between alternate lengths of articulation, and versions with and without ride.

Moving up an octave or two we then find a series of ensemble recordings, again using velocity to switch between three different articulations: Staccato, Short Note With Rides, and Falls And Long Notes. On the highest couple of octaves we find a series of trumpet samples, all played with a wah mute. Again, using velocity moves between two different lengths of articulation, so that low velocities produce a short wah and vice versa. 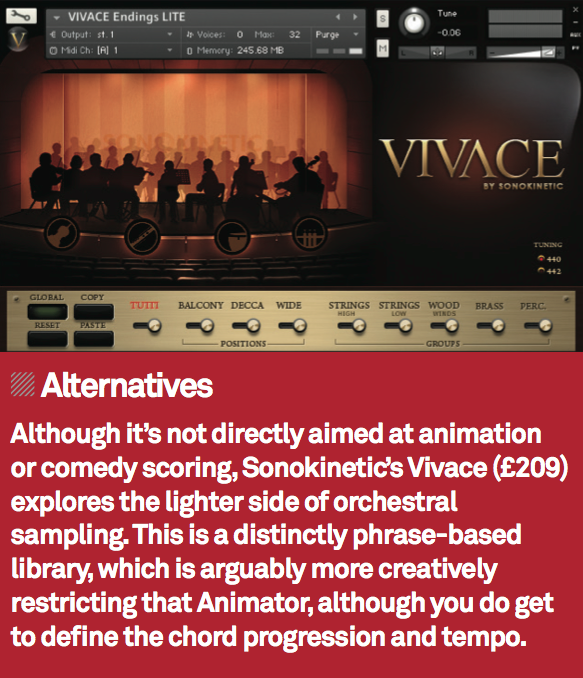 While Animator’s mapping might sound complicated at first, the clear, easy-to-read interface provides plenty of information as to the articulations you’re triggering and what alternatives are available. Most importantly, though, it means that you have the musical content of a complete cue at your fingertips, without the need to load multiple instances of Kontakt or use anything more complicated than velocity to move between the samples. The results are instant, and thanks to some fantastic orchestration they really sound authentic.

As with all the rest of the Symphobia series, Animator is recorded with three different mic positions – Direct, Ambient and Wide – that really give you a lot of scope in how the library sounds. For example, the majority of patches default to a studio-like sound that favours the direct mics, but move the mix slider more towards the stage and you get a fantastically wide and open sound that could easily sit in a full-sized orchestral score. There’s also a smattering of other controls – such as additional reverb, attack and release, and so on – that add further sound shaping possibilities.

As a homage to the likes of Carl Stalling and Scott Bradley – two composers who really defined a golden age of animation scoring – it’s hard not to be impressed by the artistry and attention to detail offered by Animator. Indeed, when you’re playing the instruments in Animator it’s hard not to visualise the action that’s happening, which is testament to both the ingenuity of those original scores and the skill applied in orchestrating, recording and mapping these samples.

If you work in animation scoring or intend to explore a lighter ‘comedic’ sound, then Animator is an essential purchase. Beyond that it’s hard to see Animator having the same appeal as Orchestrator, but maybe this is just a reflection of a niche-driven product rather than something that’s designed to have mass appeal. Equally, it’s arguably a product that works well as a companion to other libraries, adding colour to your music rather than completely defining it. 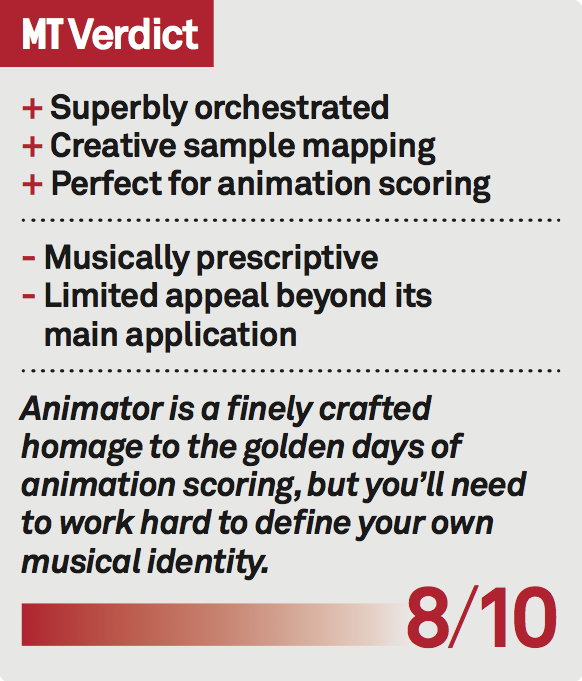