The Big Review: PreSonus Studio One 5

As the long-awaited upgrade to PreSonus’s powerful recording, mixing and mastering platform finally lands, we ask how well its new composition and performance features stack up against its predecessors. 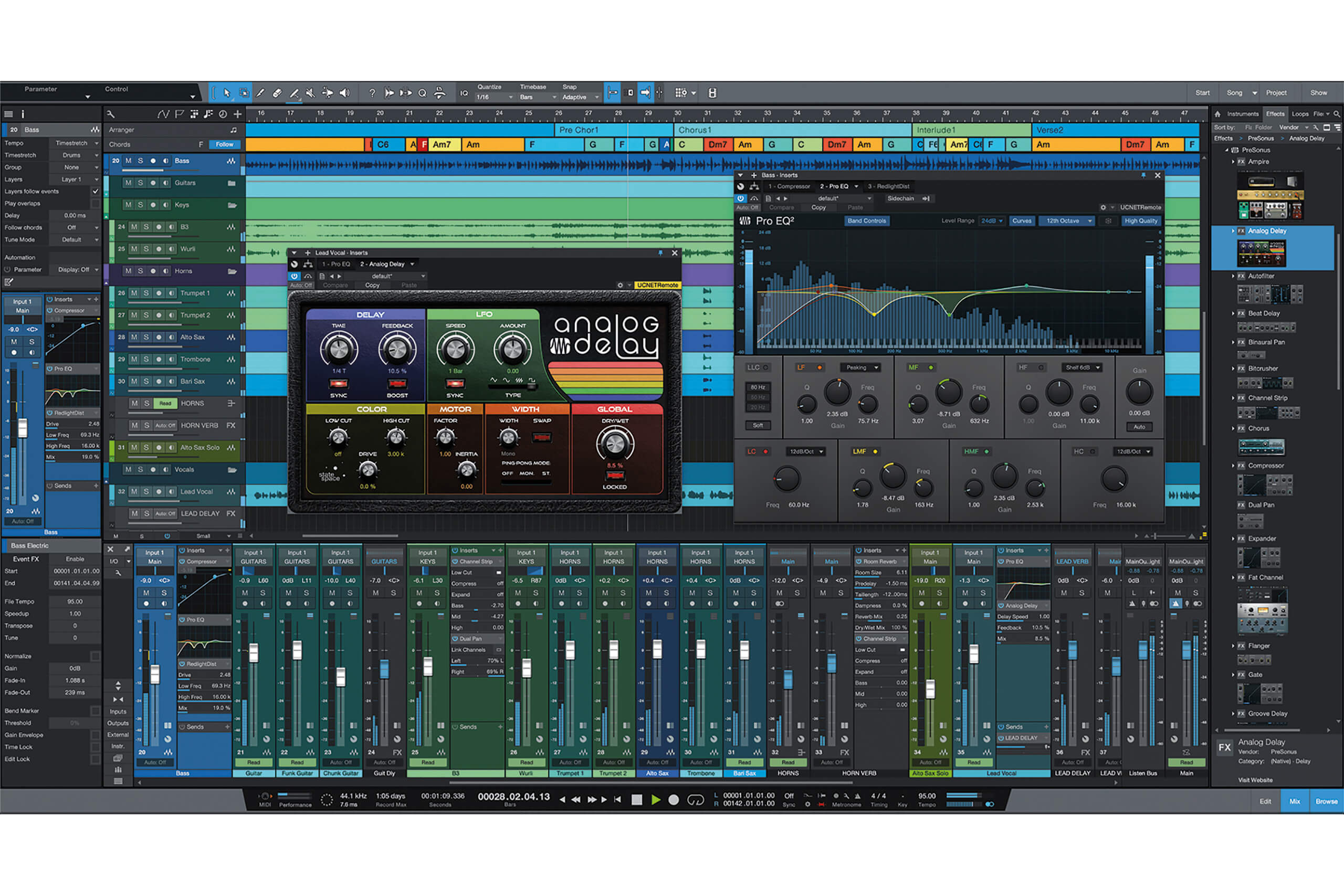 Back in 2015, when we reviewed PreSonus’s Studio One 4, we had known for some time what many others have learnt since: Studio One is a powerful DAW. Our positive time with Studio One 4 saw it become a staple for this writer and, in recent years, we’ve heard about many others adopting it into all manner of studios, from home to pro-level setups.

That, however, was a whole five years ago. Ever since, the DAW’s growing user-base has been itching for an update. Now, their calls have been answered. Ripe with new features, workflow upgrades and cosmetic tweaks, Studio One 5 has people buzzing about new improvements destined to make this DAW even more attractive to producers and performers across the globe. 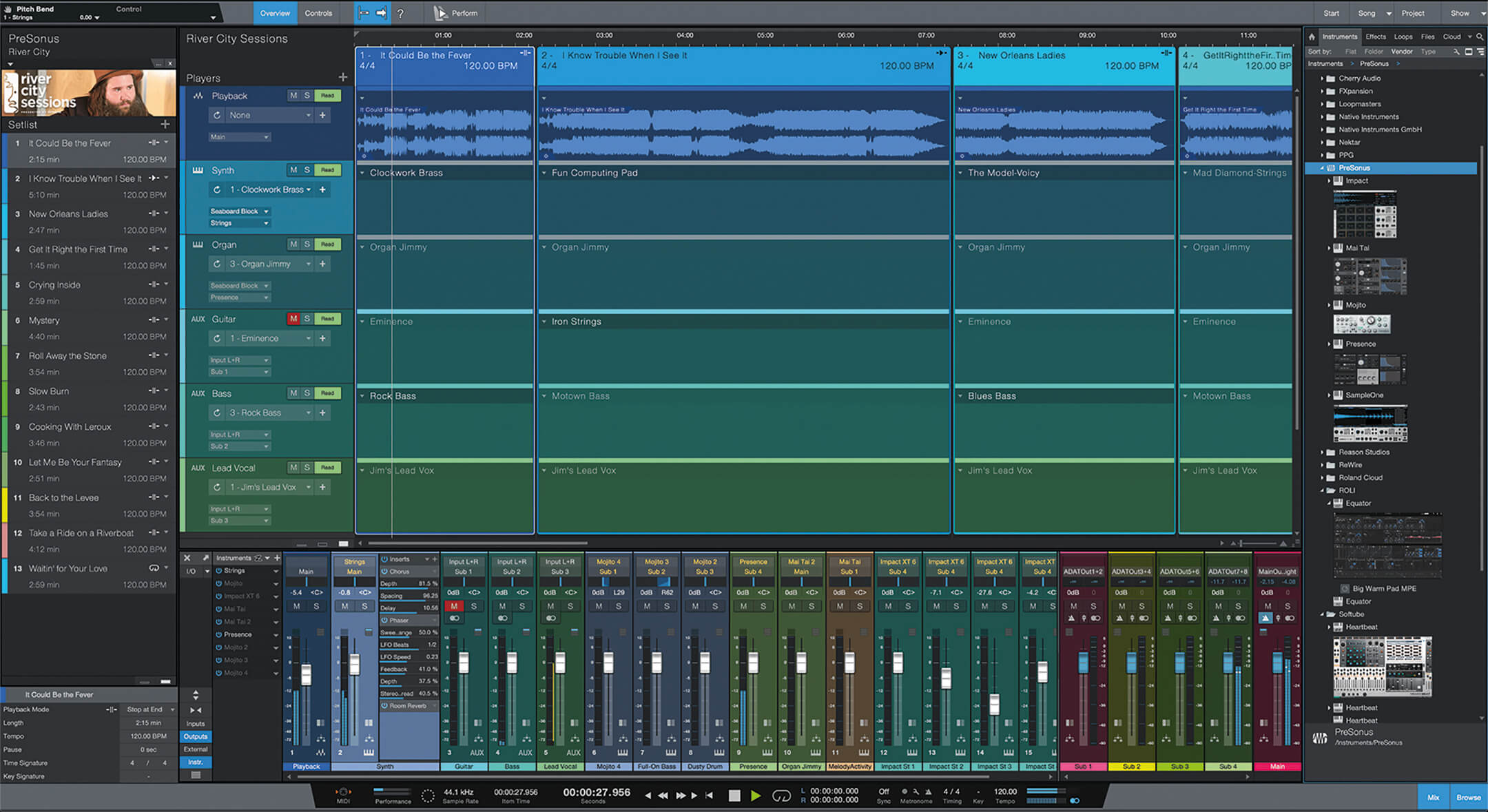 The show must go on

Whether you’re opening the lighter Artist version or the all-bells-and-whistles Professional edition, it’s apparent straight away that the traditional Studio One layout remains largely unchanged. Studio One Professional still features its three main pages: the Start Page, Song Page and Project Page (not available in Studio One Artist). Each has unique functions: the Start Page is for configuring system settings for audio interfaces and artist profile settings, as well as managing your song and projects list; the Song Page is where all recording and production work takes place; and the Project Page is for mastering final mixes.

One of the biggest additions in Studio One 5, however, is the new Show Page, which gives users of both versions a live-performance feature. The Show Page begins with an overview, with a Setlist on the left, from which you’re able to add, delete, modify and rearrange song titles. Below the setlist is a configuration section that’s unique to each song. This section displays the playback mode, and the song’s start position on the timeline, as well as length and time and key signatures.

To the right is the Players list, which catalogues each input track used in your song. They are divided into three types: real instruments, backing tracks and virtual instruments. Each track can have its own effects, which can be saved together as a patch per song, which means that during live performance you can quickly perform patch changes of effects and virtual instruments. The Controls view has macros that allow you to map parameters to a hardware controller for speedy access during a show. For example, you could assign Player track levels, transport controls, reverb times and send amounts to faders and knobs on your controller keyboard.

The Performance mode displays the most important controls during a performance – transport, setlist, patches, player status, real-time controllers, meter – as well as the track’s remaining run time and the name of the next song in the setlist. A mix in Song mode can be quickly added to the Show Page using the Send Mix to Show option. 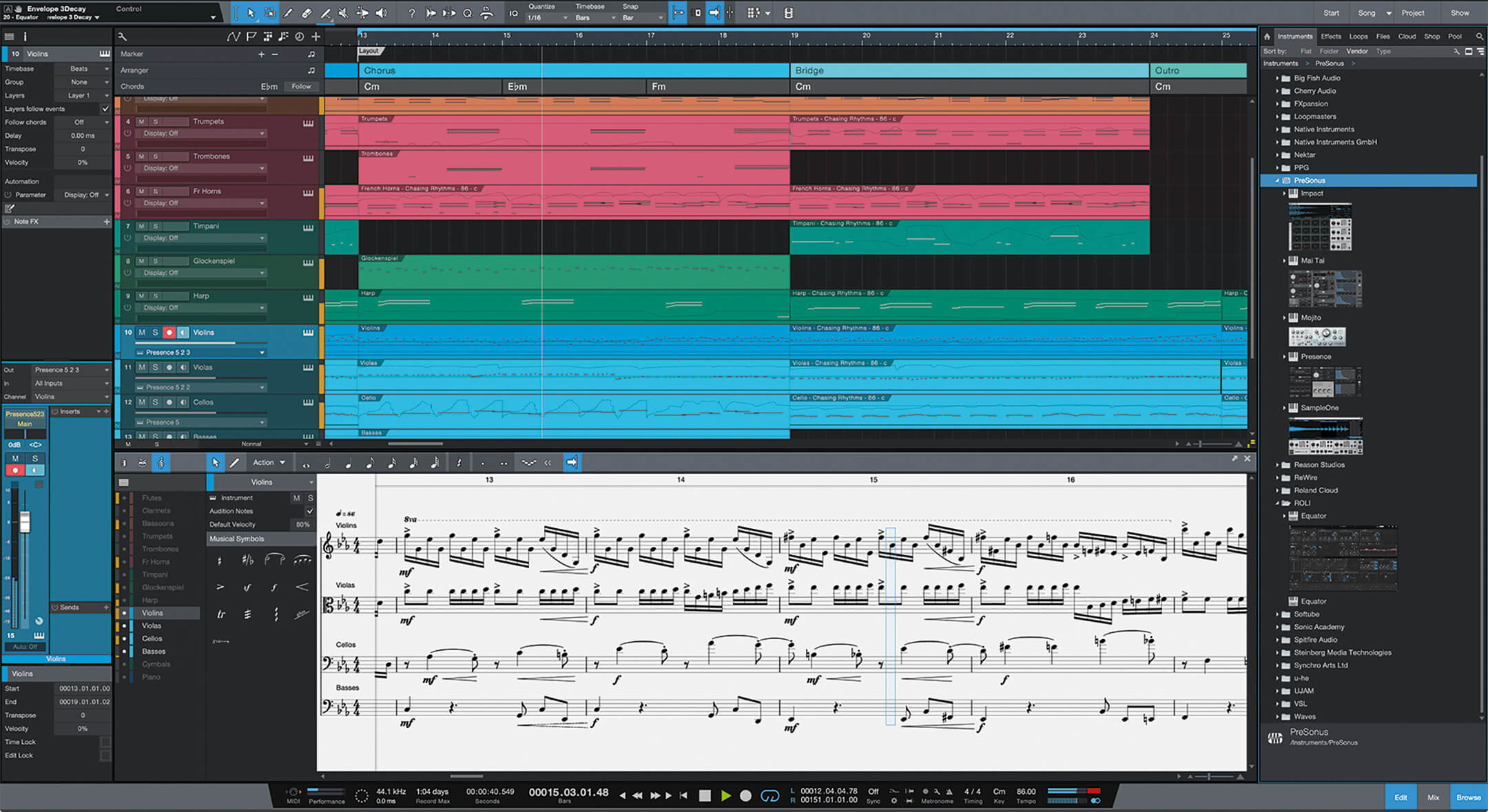 Based on PreSonus’s acclaimed Notion compositional software, Studio One 5’s new score editor will be a welcome addition for composers. It gives users access to simultaneous tracks of MIDI note information in standard score form. Basic notation tools are available from the toolbar, and include note values, rests, recording modes and the action menu. This helpful menu includes options such as Fill with Rests, to quickly add empty space to a bar; Make Tuplets, which allows you to create notes with different divisions than those the time signature would usually allow; and the option to move notes from lower to upper staffs.

The note-editor inspector  provides basic musical symbols and lets you select tracks from a drop-down list, mute, solo and audition notes as they’re selected, and set default velocity values for new painted notes. The symbols are for articulations and dynamics on the staff, and include accidentals, ties and slurs, trills and glissando.

As with other editors in Studio One, you can enter notes in the score editor in a variety of ways. In step-record mode, you can add and remove notes with the paint tool or simply select note values and then play the notes in via the keyboard. The other option is, of course, real-time record mode.

By combining this capability with PreSonus’s Notion notation software, you can quickly create and print lead sheets for session musicians. Notion is available for individual purchase or as part of Sphere, a monthly membership to which grants access to Studio One Pro, plus other software. This includes several of PreSonus’s boutique Fat Channel plug-ins, plus numerous third-party instruments and plug-ins, and sound sets galore. The price of membership works out at about £12 per month or £130 per year. As long as you have an active membership, you have access to the software.

Sum of its parts

Studio One 5 also adds several new recording, editing and mixing features, including a feature akin to Pro Tools in that you can save different track and channel configurations for later recall. In Studio One 5, however, you can also save different scenes with different effects, volume and panning settings, send levels and more. This means you can comfortably try mix variations and different effects on tracks. You can also choose to display only the tracks you want visible at any given time, as well as define exactly what elements you want to recall. Visibility, volume, pan, mute, inserts, sends, cue mixes and more can recalled (or not) as the user sees fit.

Additionally, you can now draw in gain envelopes. In previous versions of Studio One, the only way to do this was via automation. Now, however, you can create custom gain envelopes per clip. PreSonus has made improvements to external instrument creation too. It’s no longer necessary to create an instrument track and an audio track to hear your external MIDI synth. Once set up, dragging an external instrument into the arrange area creates a track that’s automatically routed to an aux channel. The instrument can be controlled via MIDI and its audio processed using effects plug-ins.

The effects have been updated with refreshed interfaces and better sound and performance. The analogue delay and a few other plug-ins with drive stages now sport a State Space Modelling drive stage, which makes them sound much more analogue. Several plug-ins have also inherited an external sidechain input, and ProEQ now has a 12-octave analyser, an adjustable meter range, a phase-linear low-frequency EQ, and input/output meter displays. Effects now feature light and dark modes too.

Another noteworthy update for composers is support for keyswitches. You can edit these in Instrument parts. Additionally, there’s a keyswitch mapping editor, which makes the use of keyswitches much more flexible. There’s also support for MPE and poly pressure, allowing for more creative control for those with MPE instruments.

PreSonus has made numerous other improvements to its DAW, all of which add up to a more comprehensive and meatier experience than its predecessors. We’d be more than happy to take on the next five years of production work with Studio One 5 as our main DAW. You should be too. 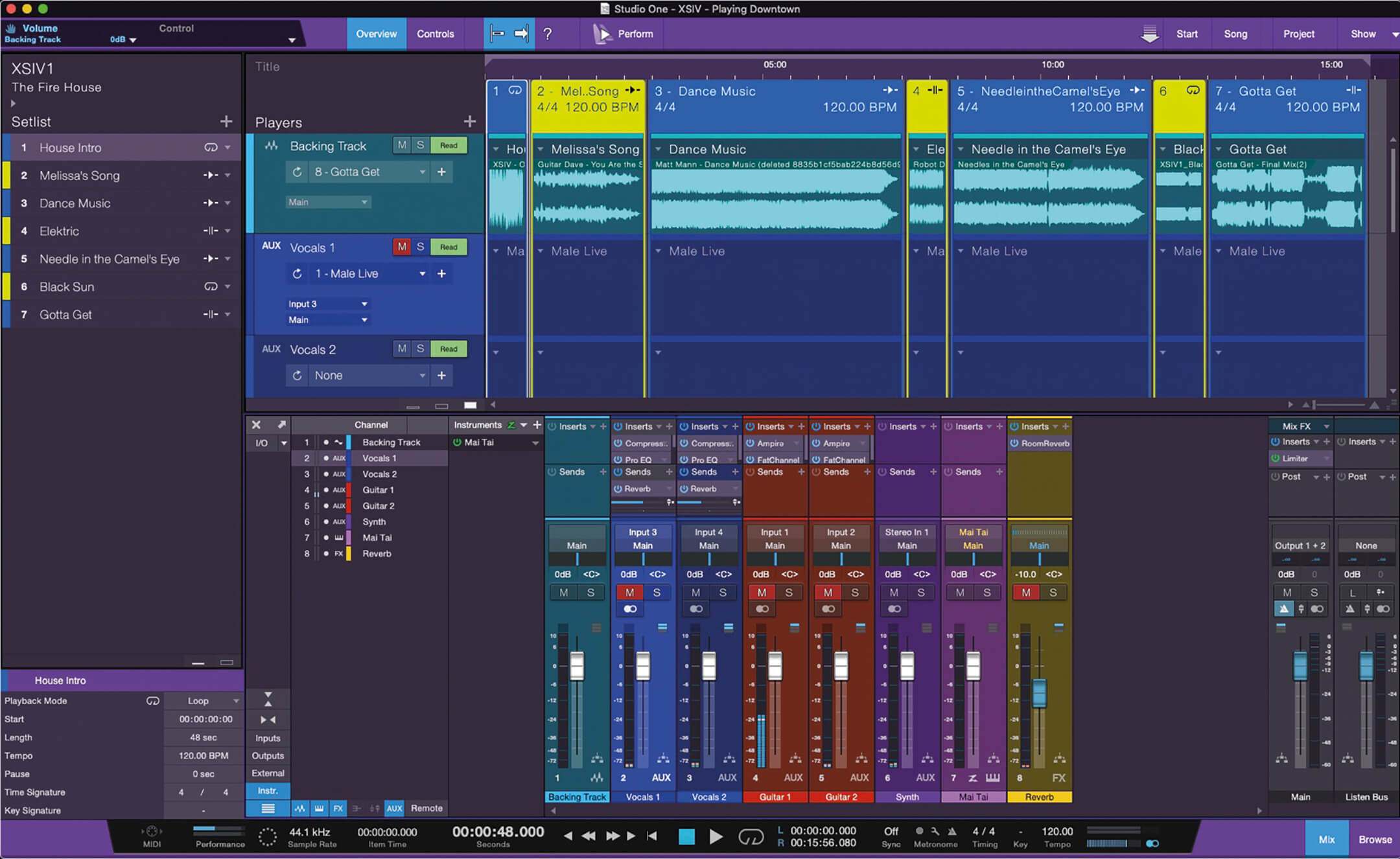 Studio One has been growing in both capability and user-base over the past several years. Although platforms such as Pro Tools are still de rigour in pro-level studios, it’s not necessary to make that kind of financial commitment to be considered a pro-level producer.

Sporting all the features of its more expensive competitors, especially when it comes to composition and live performance, Studio One 5 might make a lot of sense for many home and semi-pro producers with tighter purse strings. With the option to start with Studio One’s lite versions Prime and Artist before adding additional features as required, this is a modular experience that should prove attractive to newer users. Make it work for you. 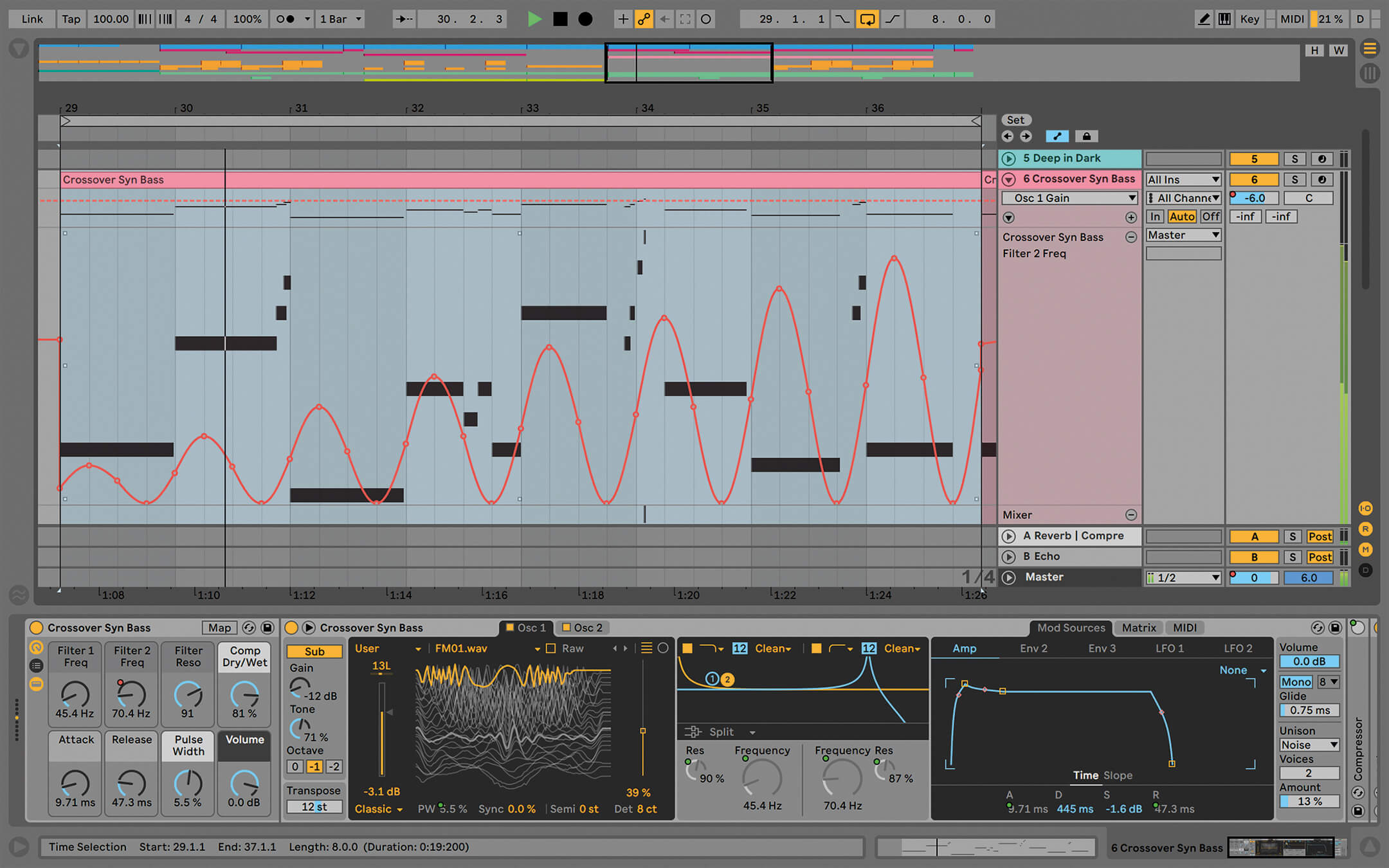 The resident champion for live performers, Live is capable of running entire shows from its unique clip-based interface. Building sessions is not quite as intuitive as linear recording but that’s an option in Live. Loop-based artists live for this DAW. 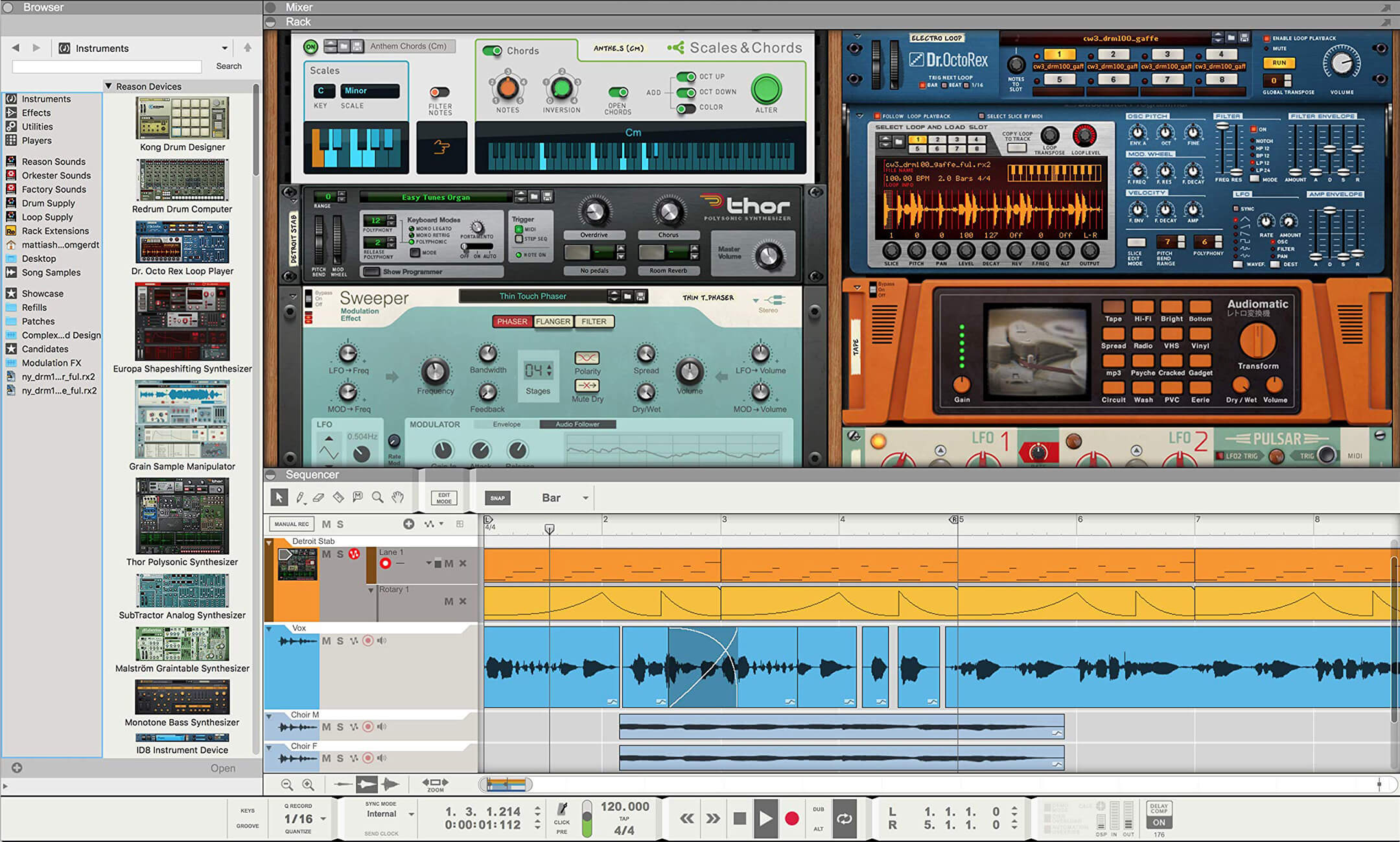 A modular DAW that excels at linear recording and production, Reason’s built-in console was modelled on SSL consoles and sounds fantastic. This is the probably the most stable platform on the market but suffers the same live-performance shortcomings as its brethren.