Pop filters aren’t ever going to be exciting – but Mike Hillier finds out they needn’t be a chore, either in our review of Pop Audio’s Pop Filter Studio Edition… Details Manufacturer Pop Audio Price £55 (Classic Edition; £40 with fabric filter only) Contact www.popaudio.co.uk Pop filters are generally considered inexpensive bits of studio equipment […] 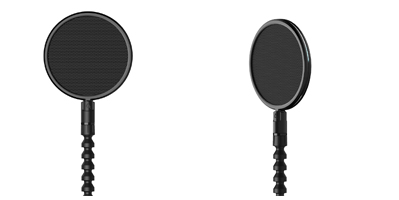 Pop filters aren’t ever going to be exciting – but Mike Hillier finds out they needn’t be a chore, either in our review of Pop Audio’s Pop Filter Studio Edition… 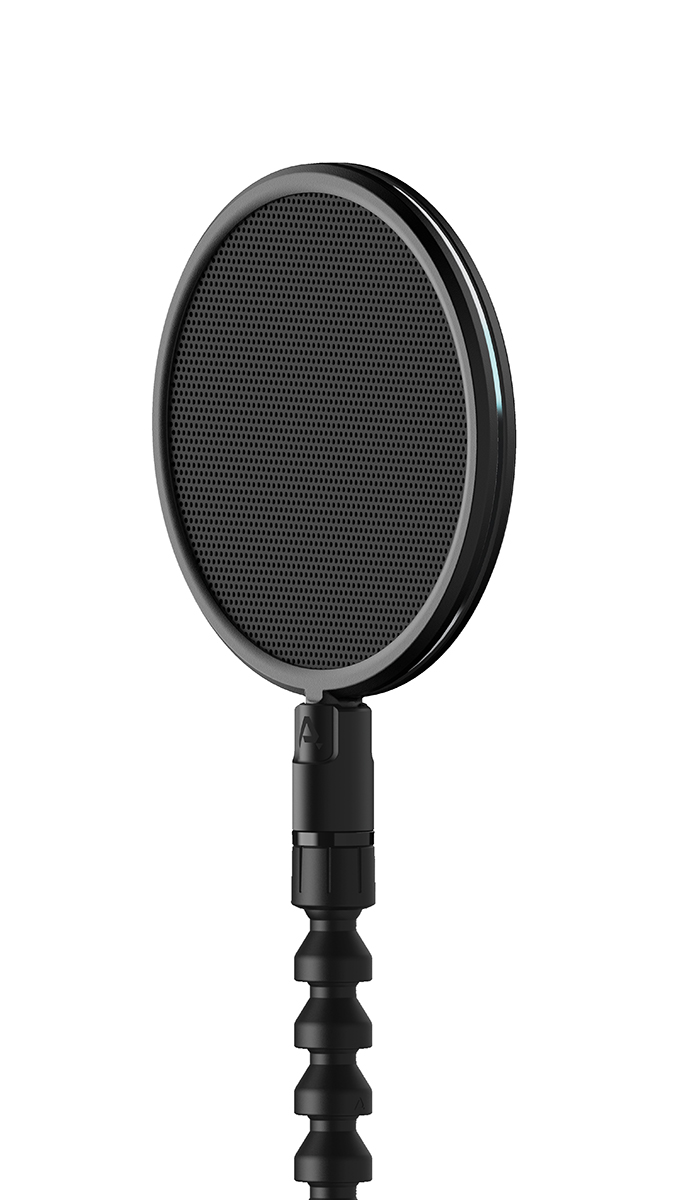 Pop filters are generally considered inexpensive bits of studio equipment – something you can pick up from your local audio electronics store for around £10 to £15. We all know how important a pop filter can be, for preventing plosives reaching the mic capsule, but very little thought ever goes into what effect it has on the audio, despite engineers being willing to spend hours debating the audio qualities of different XLR cables.

So little thought goes into pop filters that we often hear tales of engineers making their own from little more than a coat hanger, some old tights and a roll of gaffer tape. Yet, despite this, we’ve all experienced trying to clip a pop filter to a stand and having it droop, or slip, or simply fail to clip at all and just fall off.

We’ve grabbed separate mic stands to try and place the pop filter so it’s actually between the capsule and the vocalist, where we want it, rather than simply in the only place we can get it.

Pop Audio believes it has the answer. The company has developed a pop filter suitable for the professional studio, one which aims to take the concept and advance it, to something so good, you’ll forget it’s there at all.

The Pop Audio Pop Filter Studio Edition comes with three swappable filter attachments. The first of these is a classic fabric-style filter, which uses a dual layer of acoustically-transparent fabric to block plosives while allowing everything else through.

The second is a metal filter, which replaces the dual layers of fabric with two metal discs. This filter option is designed for use on the road, where the extra strength and ability to wipe it clean could potentially make it more useful than the fabric filter. The last option provided with the Studio Edition is a foam filter, which uses a very lightweight 20ppi hydrophobic foam mesh to keep out plosives in the most acoustically transparent way possible.

The filters each clip on to the main arm with a simple push and twist bayonet mechanism. The arm itself is made up of a series of ball and socket joints, rather than a standard gooseneck. This mechanism makes it much easier to precisely position the filter with no risk of drooping – which is handy considering the inevitable jokes that will be heard whenever a band sees this device.

The arm terminates in a solid butterfly clamp with a tight grip and high-friction rubber grips.

As an extra trick up its sleeve, the filter attachment end of the arm can be unscrewed and removed, revealing a 3/8-inch screw thread which can be used to hold mic clips. This little detail means that the Pop Audio Pop Filter can still find a use even when you’re not tracking vocals, for holding an additional mic off the same stand as another mic. For instance, to hold a hi-hat mic on the same stand as the snare mic, or for a second snare mic. 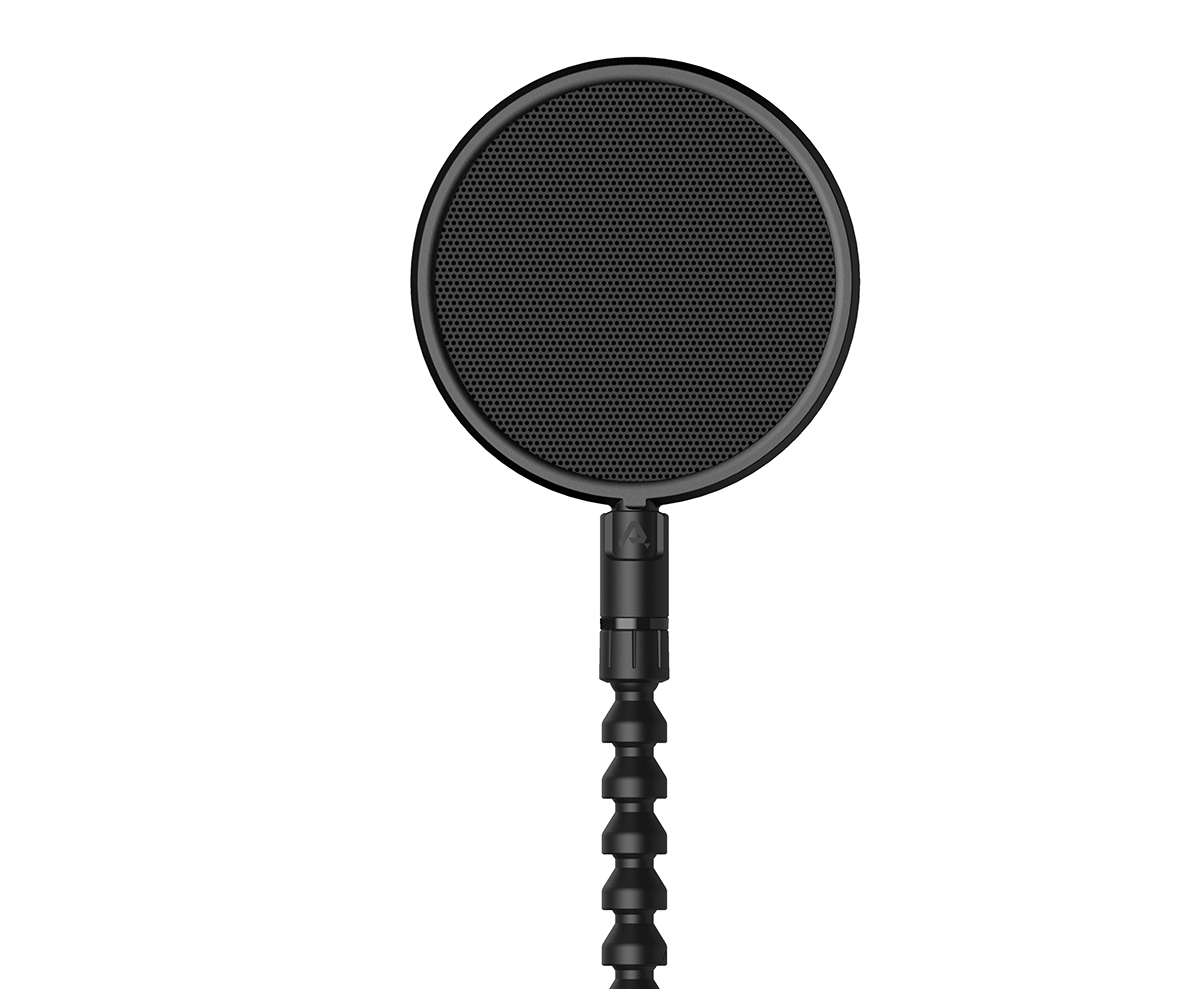 The Pop Audio Pop Filter is so simple and so effective, that it’s hard to even consider an alternative. If you ever intend to record vocals, this is something you’re going to want to add to your kit list immediately.

The Pop Audio Pop Filter really is as easy to use as the company claims. Compared to our no-brand studio pop filters this is not only better looking – a factor that you shouldn’t rule out, aesthetics can do a lot to improve a performance – but also considerably easier to set up.

The clamp doesn’t droop or sag, and the arm allows for positioning the filter very quickly with no problems at all. We tried all three of the interchangeable filters, asking our vocalist to repeat the tongue twister “Peter Piper”, thanks to its considerable plosive elements.

The differences were so slight that the differences in each performance more than outweighed the differences between the filters. In all three examples, though, it was obvious that the plosives had been removed, and we’d be happy to use any one of them in the studio. 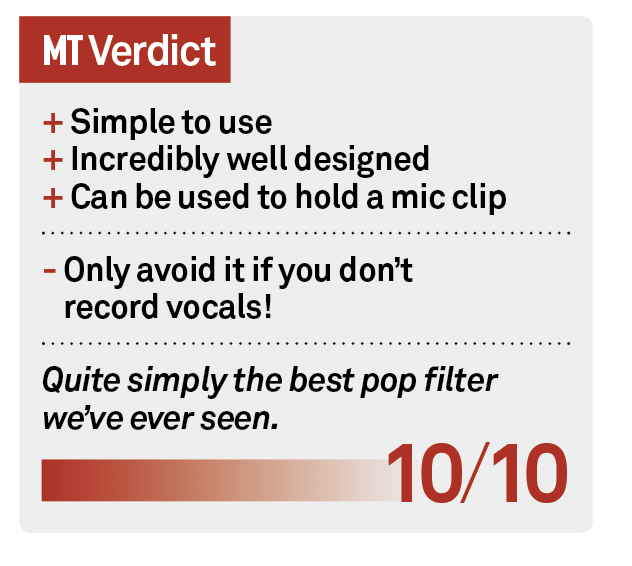