Modern productions are awash with formant and pitch-shifted vocals – does Waves’ new plug-in offer a shortcut to that sound? 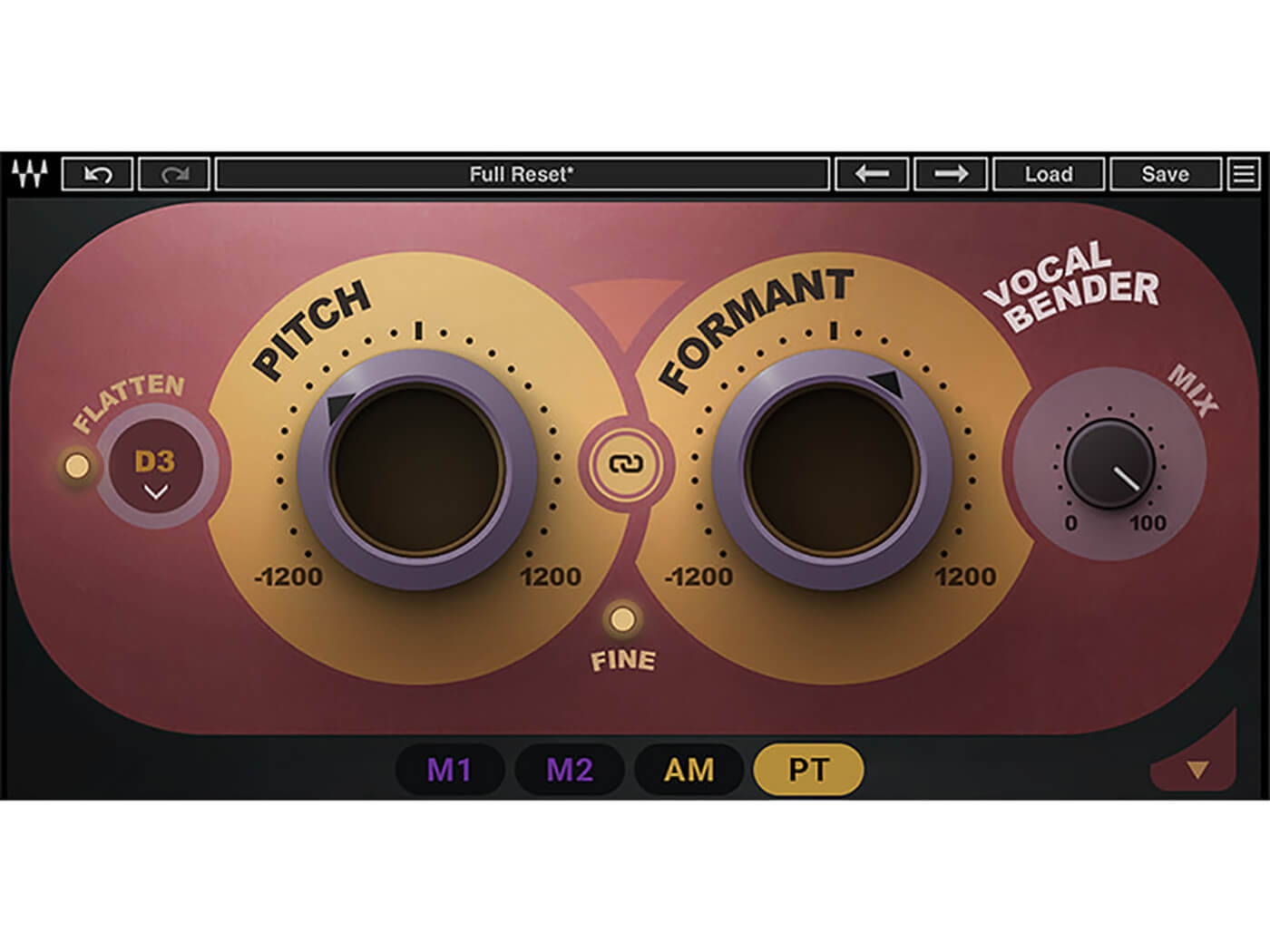 This is a surprisingly powerful yet simple-to-use plug-in. With robotic vocal sounds, artificial harmonies and vibrato, it’s ideal for anyone working in contemporary music looking for formant-shifting sounds.

It is virtually impossible to turn on commercial radio or listen to a pop playlist on a streaming site without hearing heavily pitch-processed vocals. Just listen to tracks by Billie Eilish or Frank Ocean. Vocal Bender from Waves is designed to recreate that sound easily and quickly without overcomplicating control.

The plug-in’s main tone shaping controls are two big virtual knobs: pitch and formant. These are the critical elements that make up vocal sounds. Additional controls include a wet/dry blend, a link control, and a pitch-quantising tool that locks incoming audio to a single note for a robotic effect. 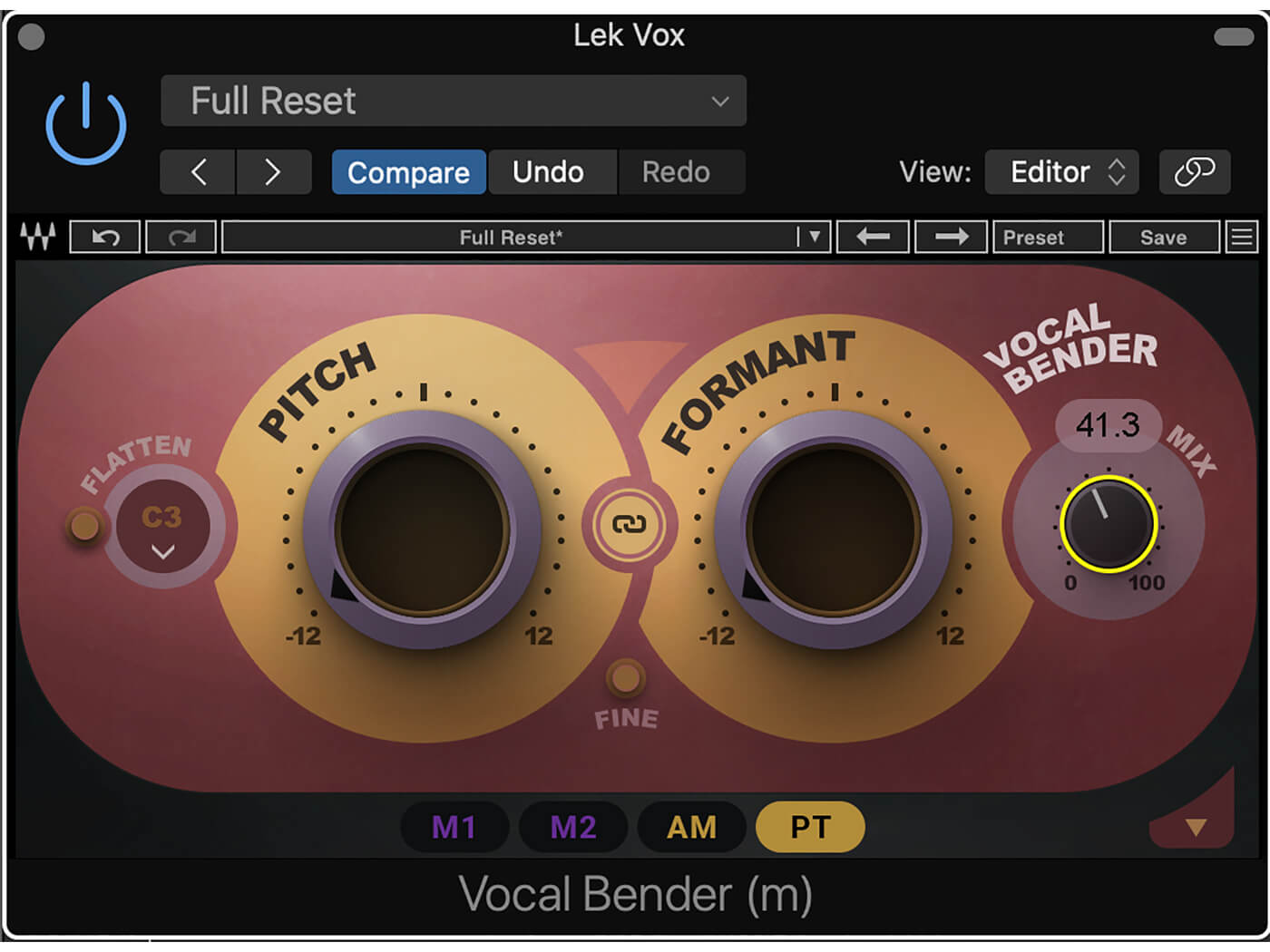 Exploring the plug-in’s extremes, pushing everything up or down an octave sounds surprisingly pleasing, and with the wet/dry blend, it allows you to add some real depth to the vocal. The formant control works by moving the opening sound of the note without altering the main pitch. The formant is where the shape of our words come from, so it affects the timbre without affecting the sustain too heavily. This had a much more subtle effect and created that characteristic robotic effect for which the plug-in is made. 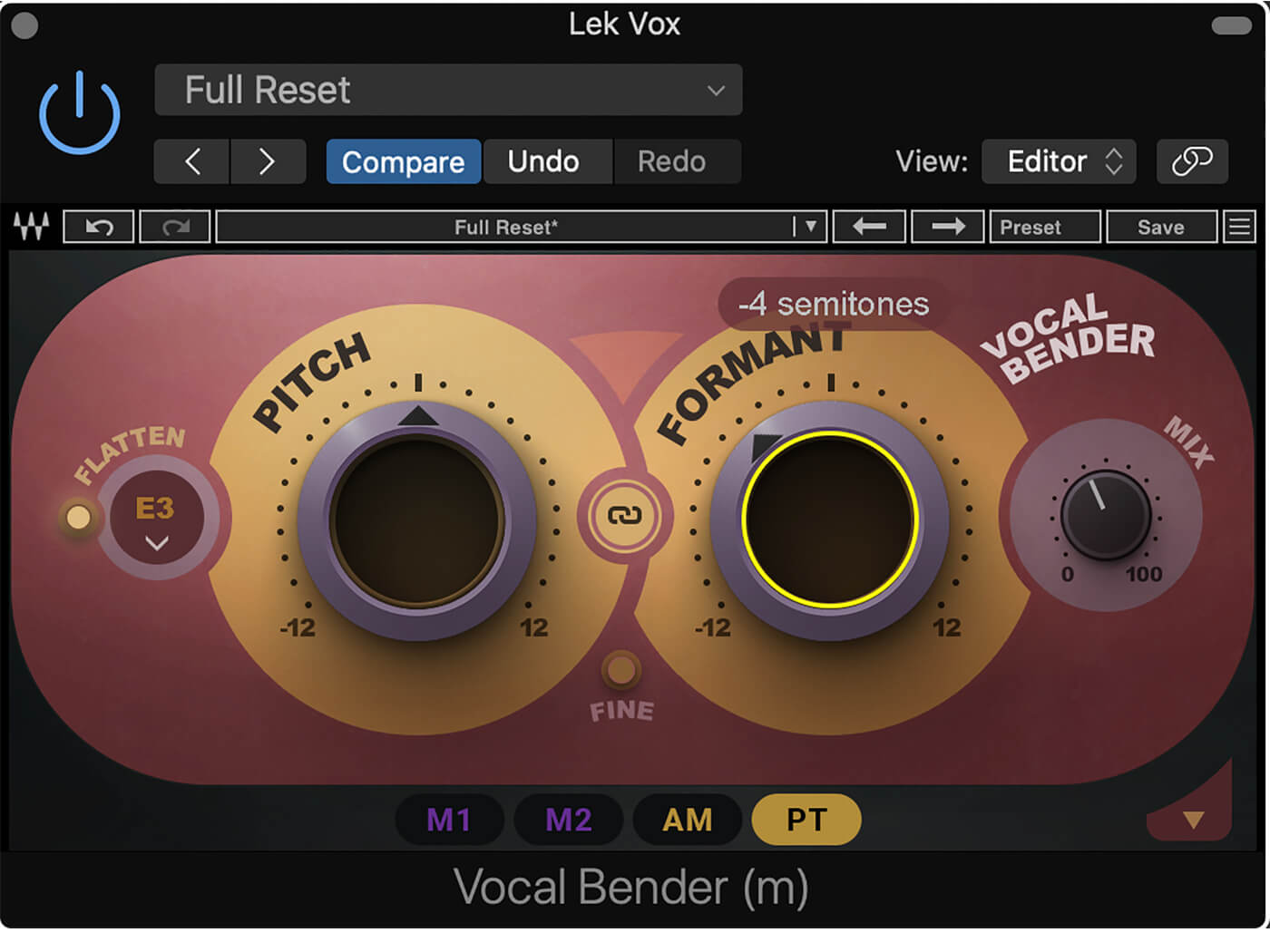 Digging a little deeper, we find some really useful effects. By flattening the pitch to the root key and moving the formant down four semitones, we can create a useable harmony line. The track we’re working on is pretty harmonically simple, so the process works well but might not be so effective on a complex jazz-fusion track! 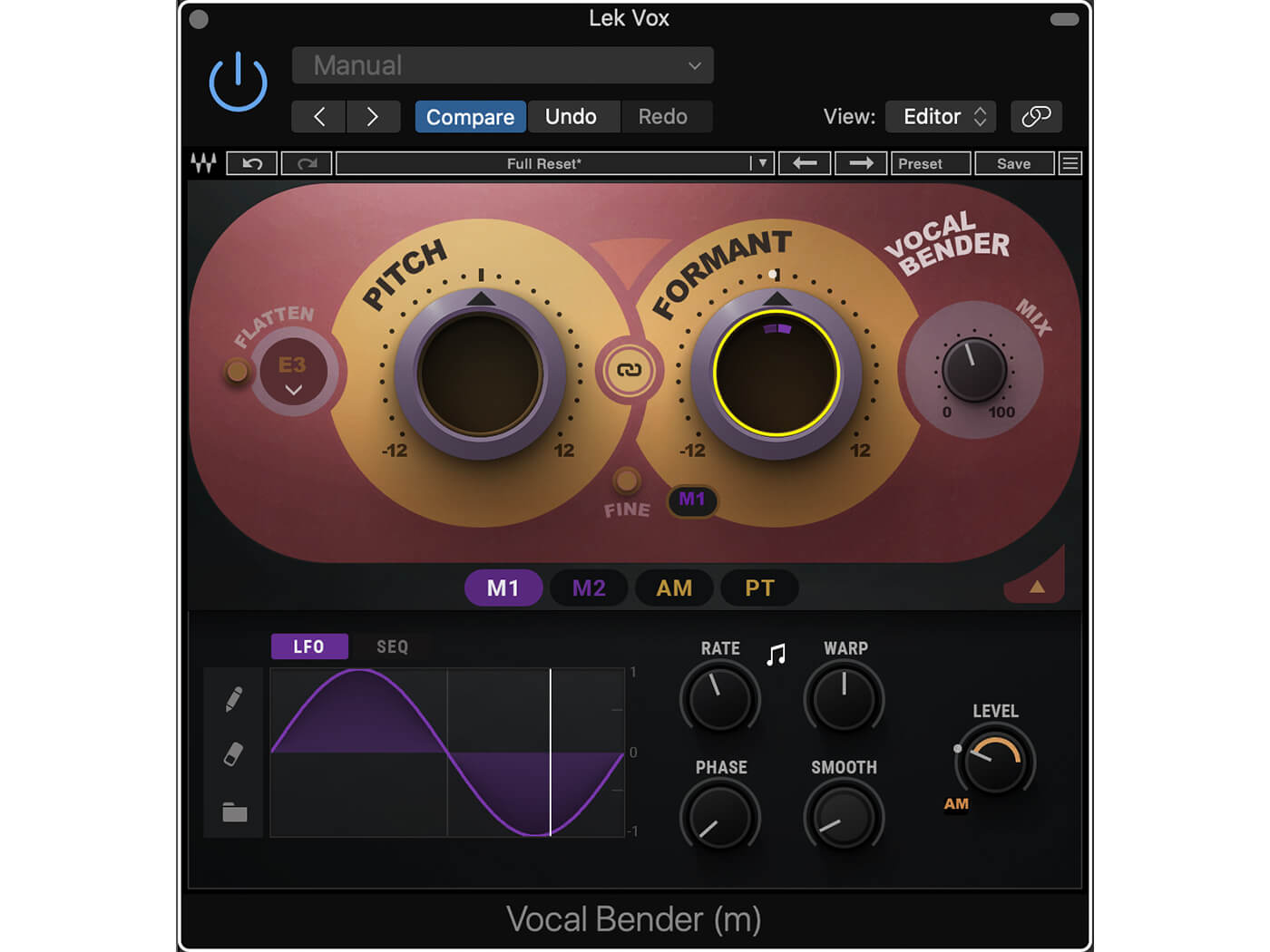 Deeper still, Vocal Bender has an extremely powerful modulation section in its Advanced Tools section. There are two LFO powered modulators with a wide variety of wave shapes and the ability to draw your own. There is also a step sequencer for more pattern-based pitch shifting if that’s what your track needs. To link a modulation section to a control, simply drag the modulator you want to assign onto the target function. You can then increase the amount of modulation by dragging the value up or down for the direction you want the modulation to move. It’s incredibly intuitive.

In addition to the LFOs, Vocal Bender also analyses the incoming audio, allowing you to use its pitch and amplitude as modulation sources. The modulation took us a little time to get to grips with. It’s easy to end up with a wobbly vibrato that overwhelms the vocal performance. However, you can assign modulators to each other, and with careful use of amplitude modulation on an LFO controlling the pitch, it can produce reasonably subtle and musically useful vibrato.

Despite the initial simplicity of the interface, this is a surprisingly powerful plug-in. The ability to create robotic vocal sounds, artificial harmonies and vibrato in one plugin is very handy. This isn’t going to be for everyone, but if you’re working in contemporary music, you should explore this for its formant shifting sounds alone.