If you’re running short of inspiration, InstaComposer could be just the ticket for generating a whole bunch of new ideas. 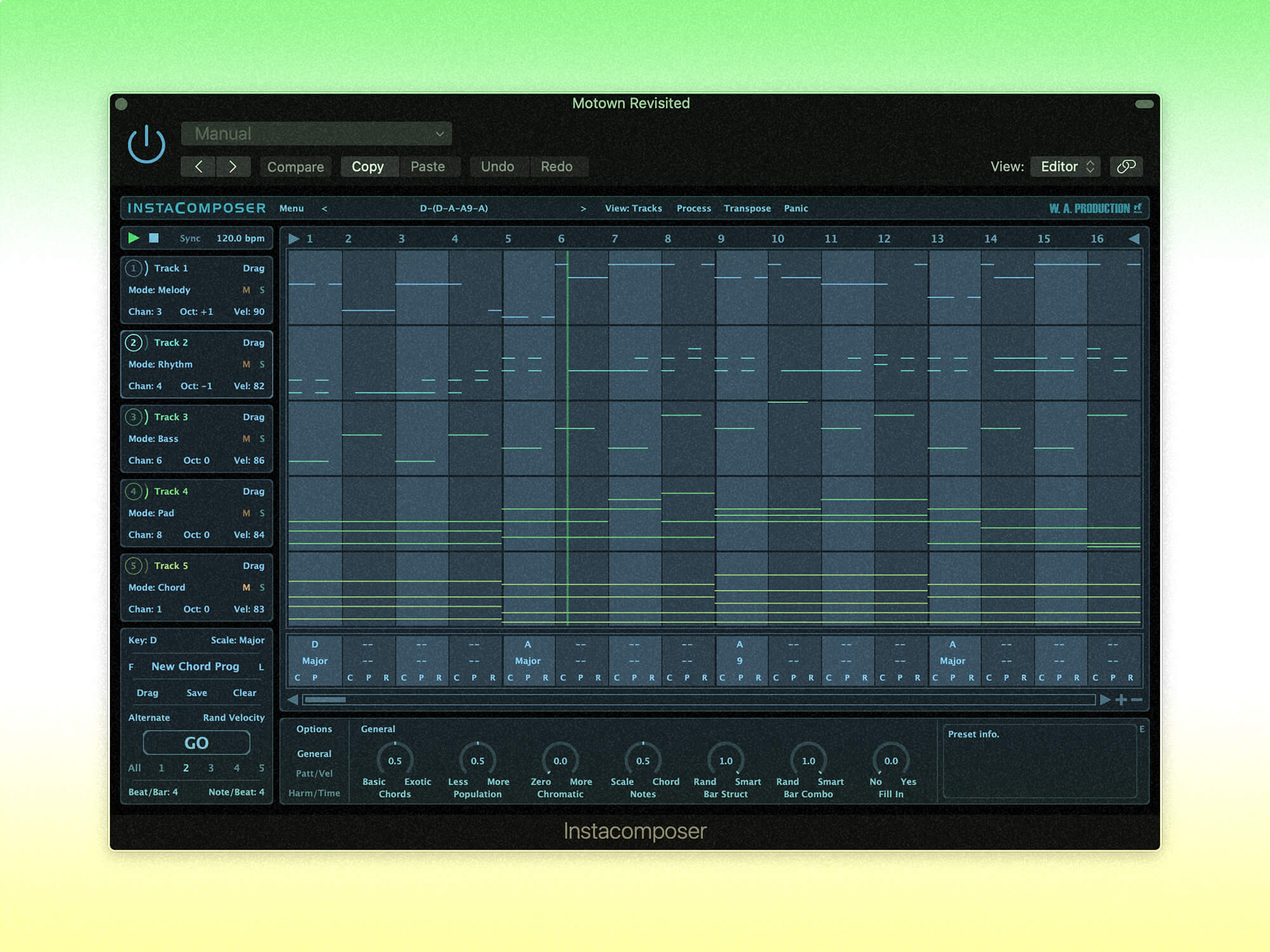 ⊖ When used to extremes, is it still you making the music?
⊖ A little costly at full price

MIDI generators aren’t a new concept. Most DAWs have their own step sequencers, arpeggiators, and chord generators. And while default MIDI effects in DAWs are often quite basic, third-party developers have created more complex tools – even if most do tend to focus on ‘traditional’ techniques like arpeggiation for electronic music.

W.A Productions’ InstaComposer casts its net wider. This plug-in runs inside your DAW and goes beyond beats and basslines to encompass more diverse chord sequences, strumming effects and more, all through the ingenuity of artificial intelligence (AI).

InstaComposer’s workflow will be familiar to many producers. Simply load it into the MIDI effects slot in a MIDI or software instrument track, then connect it to a sound source – typically a software or external instrument.

Up to five tracks can run inside the plug-in, each one assignable to a different MIDI channel. These can be routed to various instruments on several tracks, or to a multichannel instrument that’s capable of handling multiple sounds within a single instance. 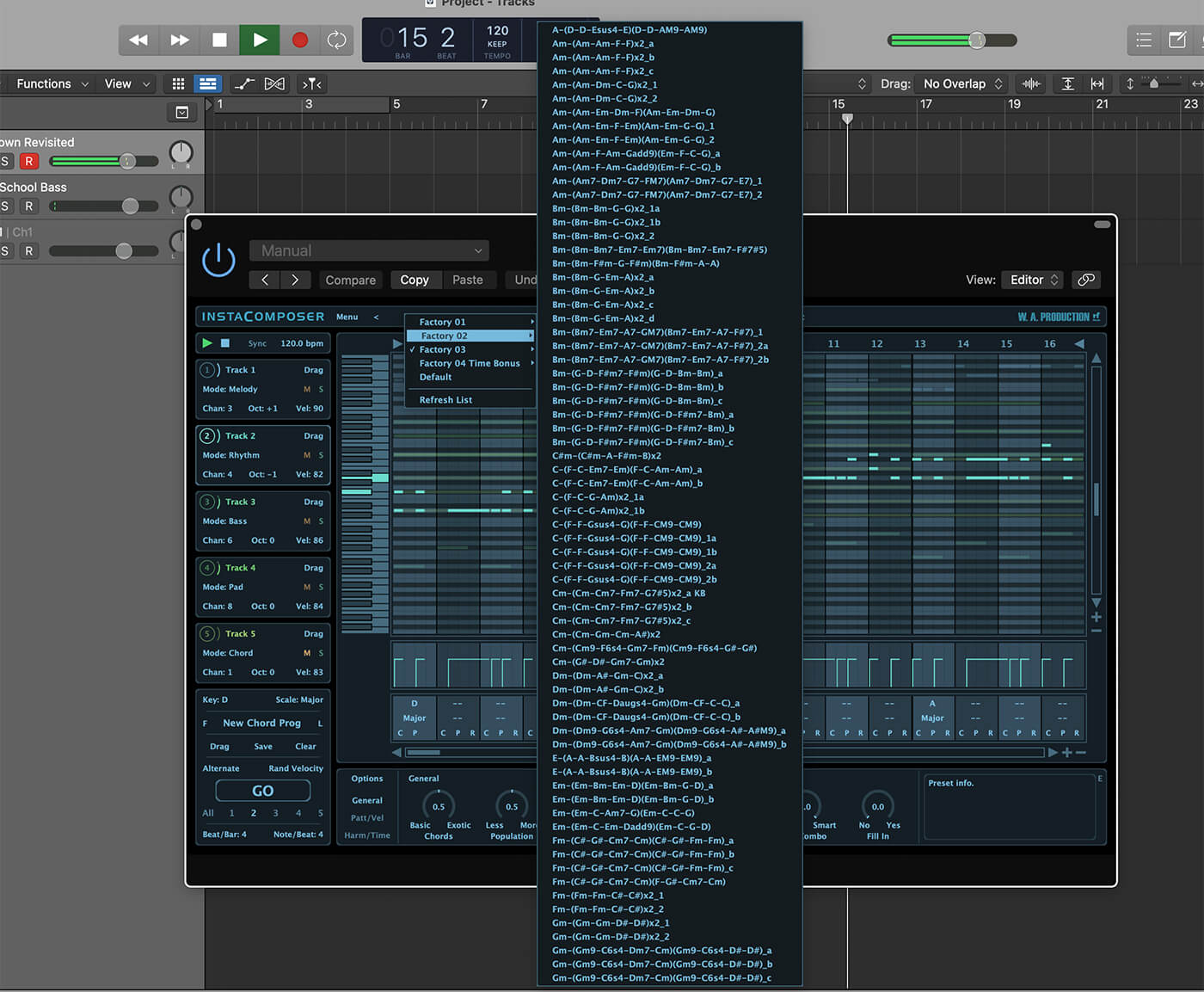 There’s a bunch of presets that populate all five tracks, with each track assigned a section such as bass, rhythm, lead and so on. You are free to edit and reassign these.

Instead of generic names, the presets are named after their key and chord progressions. This is slightly unwieldy, but you can rename presets yourself. They cover a decent amount of stylistic ground, though the emphasis is largely on electronic music.

The real power of InstaComposer lies in its generative capabilities. For any MIDI track, you can alter a range of parameters that change the way notes are generated. These include bar structure, harmonics, melodic progression and note variation, alongside more conventional properties such as velocity and repeats.

Should you be in more of a hurry, a randomise button lets you instantly create a whole new part in any track or across all tracks at once. This plug-in uses AI and maths to do its magic. 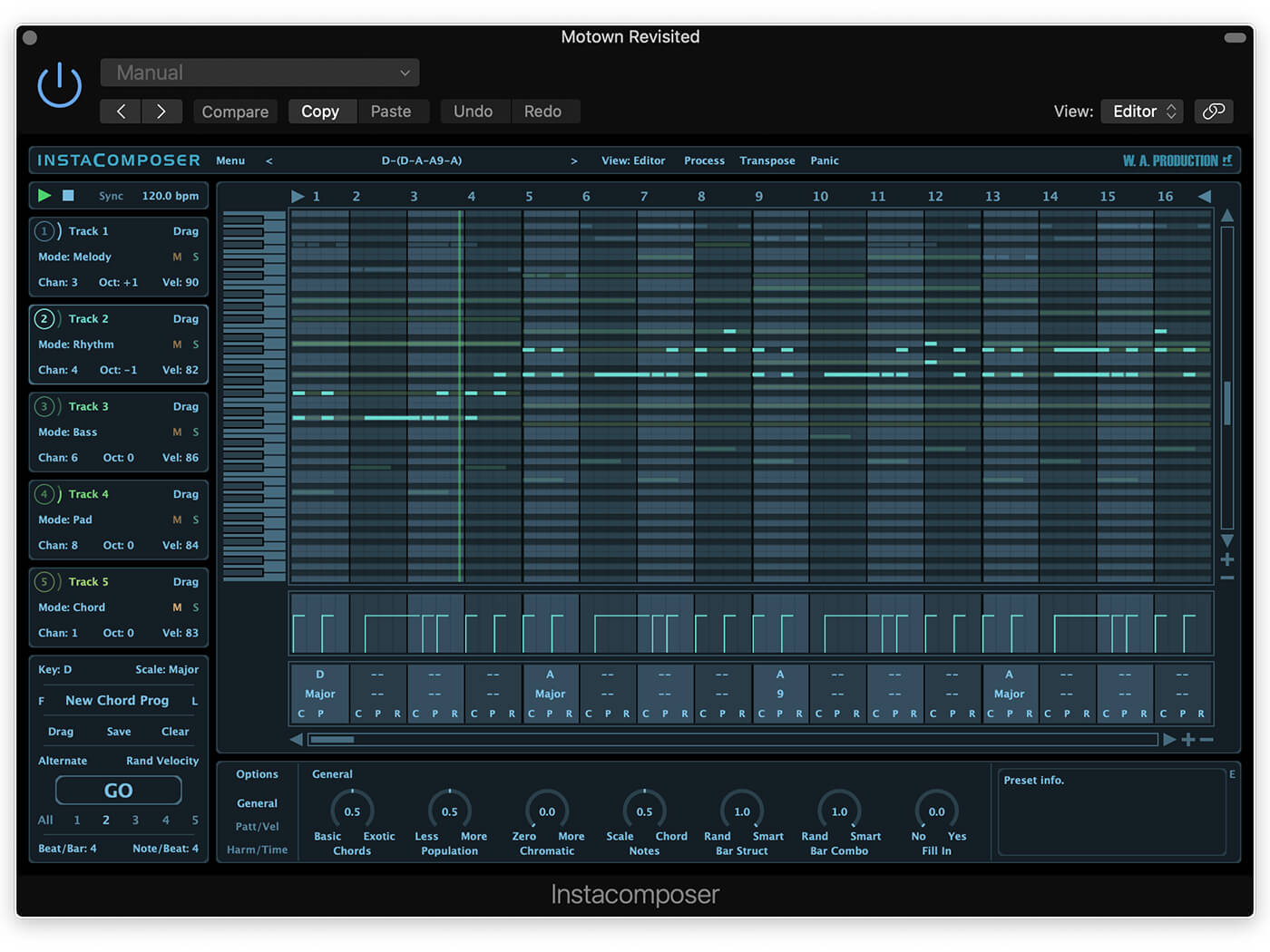 The MIDI track plays inside the plug-in independently of your DAW’s sequencer, but it can be dragged and dropped into the project or saved out of InstaComposer as a MIDI file. You can also switch between the main track view and a full MIDI editor inside the plug-in, so you can make manual changes to parts as well as using its generation capabilities.

InstaComposer is a clever and powerful MIDI generator that fills a gap in your DAW’s arsenal. There’s a moderate learning curve if you want to get into the details of fine-tweaking the nuances of the notes it generates, but you can also just use it on auto mode to output infinite variations of beats, basses, leads and chords.

You could make the argument that music that has been entirely generated by AI isn’t really made by the person pressing the button at all – though there’s nothing wrong with getting a helping hand in creating beats or variations.