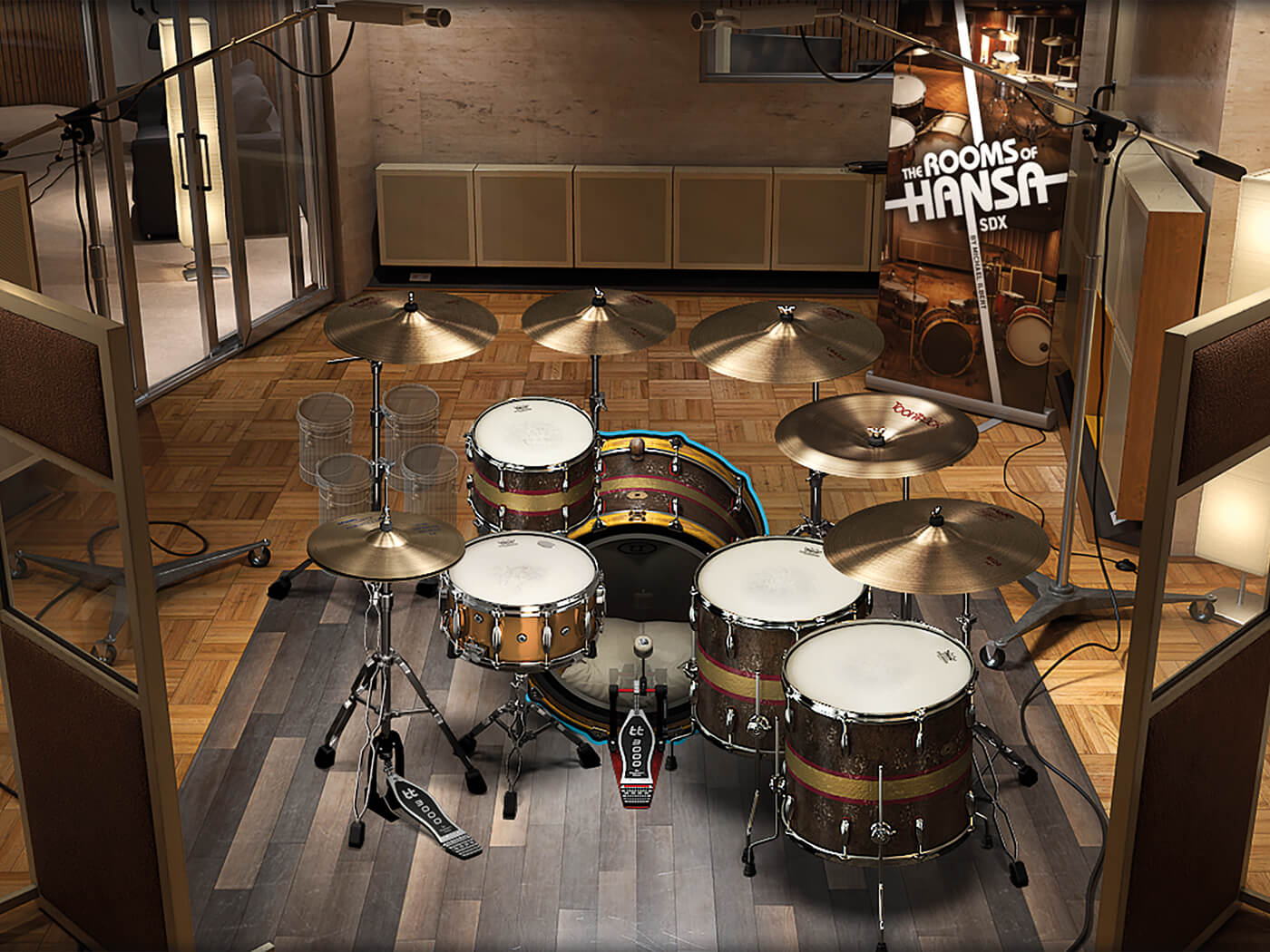 Toontrack’s Superior Drummer has become an industry go-to in the 15 years and three iterations since the sample library’s release in 2005. Its exceptional content improves with each new version but its makers aren’t content with simply tweaking what has become one of their most successful products – Superior Drummer’s recent expansion packs have underlined their Umea-based makers’ serious case of wanderlust.

Superior Drummer 3’s core library was recorded at Galaxy Studios in Mol, Belgium. But its recent expansions include Decades SDX, which showcases drum sounds recorded by audio legend Al Scmitt at Capital Studio in Los Angeles, and Music City USA SDX, which boasts samples recorded with Chuck Ainlay and Harry Stinson at Sound Kitchen Studios in Nashville. The latest stop on Toontrack’s around-the-world tour is Berlin, with the Swedes visiting to capture another Grammy-winning producer and engineer’s work in another fabled studio. 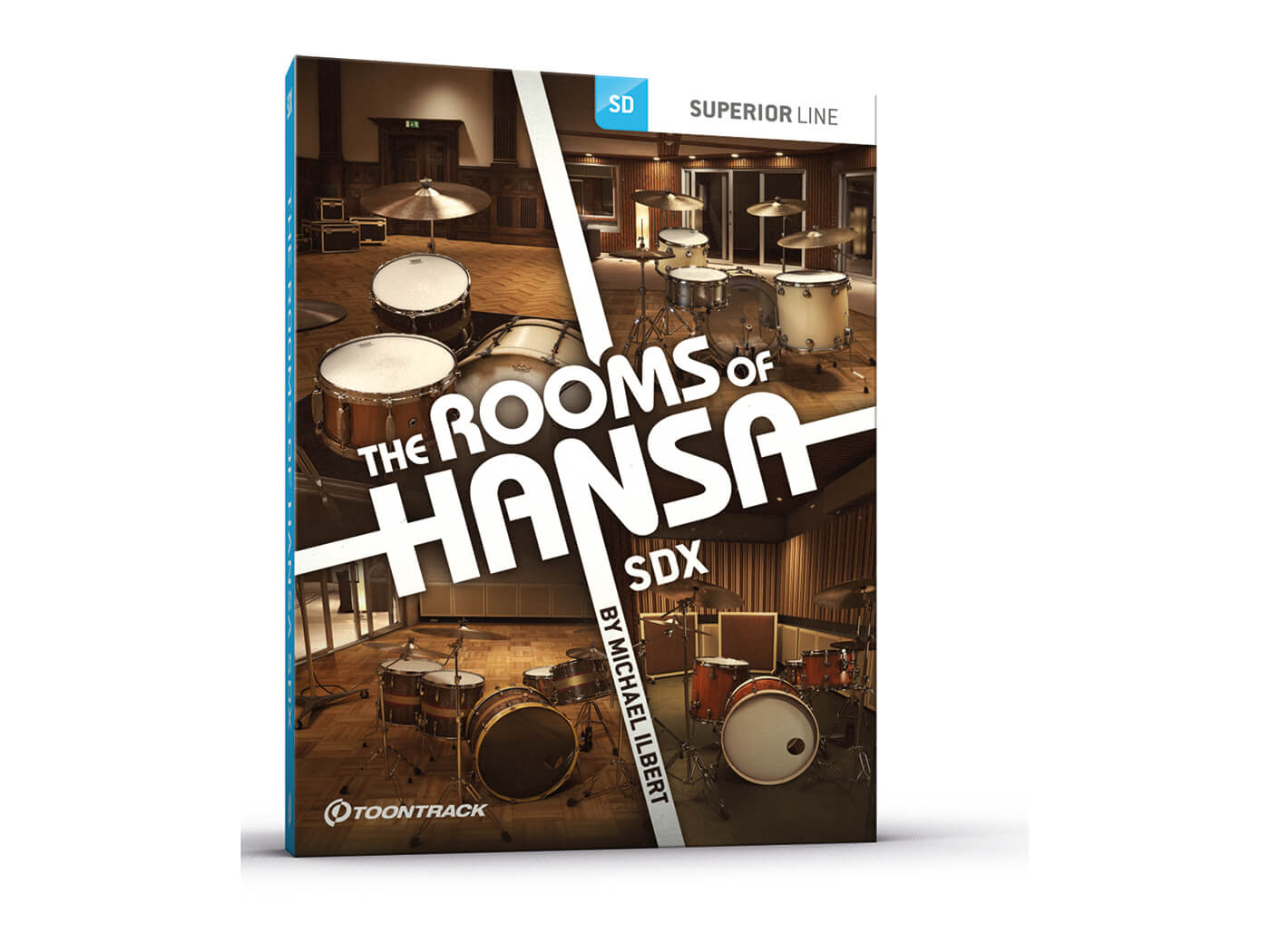 We could be heroes

Famously the studio at which David Bowie recorded his seismic Low and Heroes albums, and where Iggy Pop captured Lust For Life, Hansa Tonstudio reverberates with the sounds of classic recordings. It’s also the home of Grammy-winning Michael Ilbert, who produces from his own room within the complex. Listening to Ilbert talk about this project, you get the sense that it was a labour of love, and that the team took the time to explore each space and kit, playing with everything from placement and selection, and recording samples using mics vintage and modern. 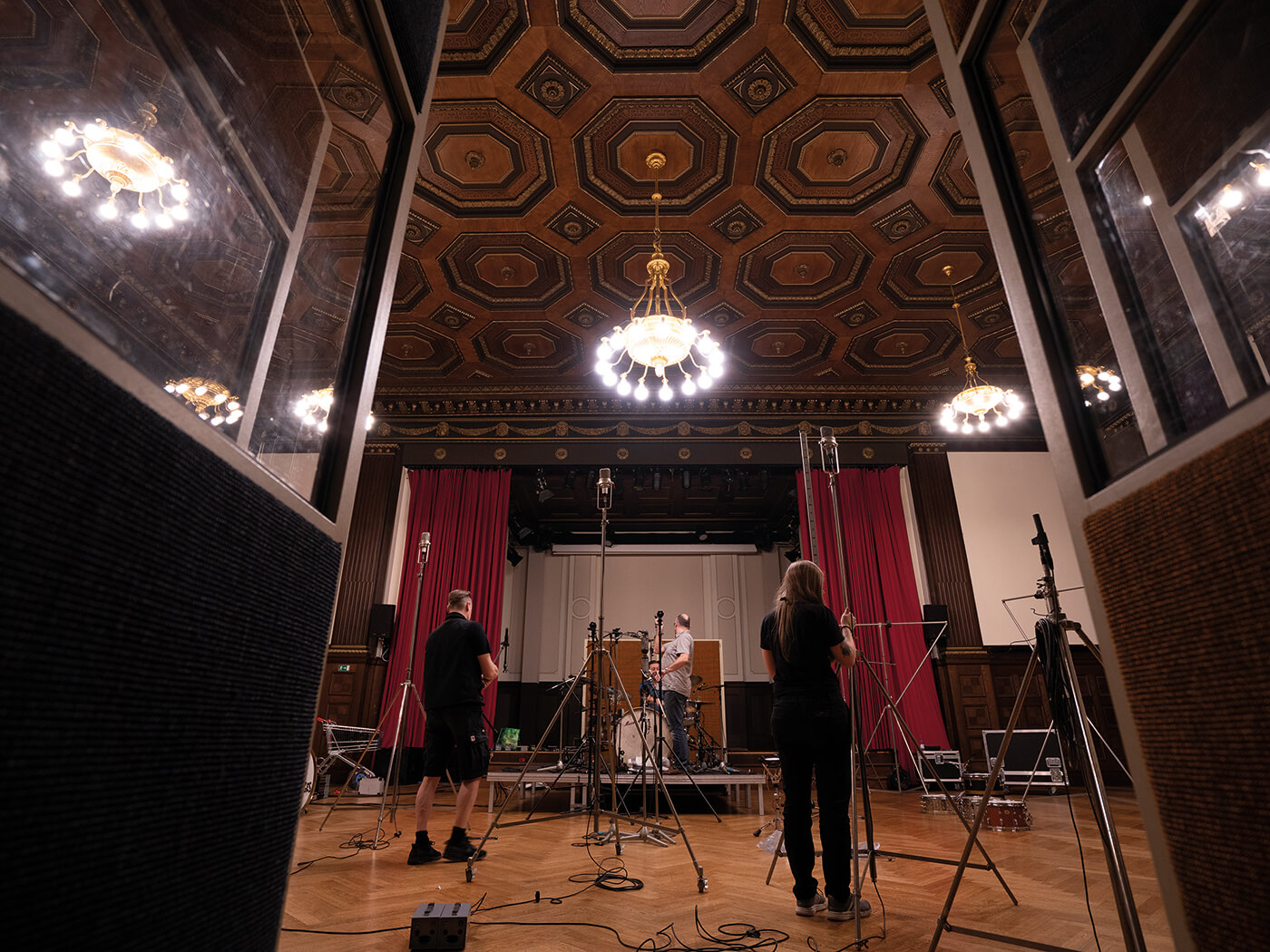 This Superior Drummer expansion pack explores four rooms, from small dry spaces to an enormous hall. In each case, the kits were chosen to suit the space. The resulting library is diverse, with samples that cater to those looking for kits that are tight and hard or punchy and reverberant. Users can manipulate all these elements too, right down to individual instrument bleed and room ambience.

The smallest space in this suite is the Vocal Booth, described by Ilbert as his “favourite space for dry and punchy drums”. Coupled with the high-end Stave Mahogany Bop Kit by master builders Sugar Percussion, this space results in samples that are very tight indeed. The default snare here feels more generous in rattle than some but not to worry – in typically comprehensive Toontrack fashion, there are another two snares to choose from, which offer deeper and tighter sounds. There are options for the kick too, with the Sugar Percussion variant deep in tone with plenty of high-end click. The overall timbre is perfectly punchy and well suited for commercial and mainstream placement.

Ilbert calls the Marble Room “the definition of a versatile recording” space. Berlin-based boutique-drum manufacturer Udo Masshoff was recruited for this session, providing his twin-shell kit, which makes up the default, alongside his stainless steel kit for some useful variation. Naturally, this larger and more reverberant space ensures that many of the drum options feel bigger and broader. Though the default 14 by 24-inch twin-shell kick feels spaciously tight, the other kicks sound considerably larger. You get a sense of the space’s size from the dry sample source alone but the room ambience dials up the breadth and nuance to deliver some stunning colours. This can be altered via the mixer, and sounds excellent even when over-extended.

In contrast to the traditional kit constructs, Toontrack has also included elements from octoban and Rototom kits. The octoban toms provide a thumping full sound thanks to their tube-like resonators, while the Rototom kit is crisp and sharp, with the lower toms exhibiting that familiar drop in pitch as the head settles with each strike. They offer plenty of presence, and might prove useful for projects for which the full tonal decay of traditionally hefty toms seems too much. There’s also a five-strong selection of cymbals, including a ride, China and crashes.

The next space is simply described as the Live Room. Its default kit is a classic 1970s Camco that Toontrack discovered in London and flew to Germany purely to capture its samples. The result is typically dry and commercial but deep and highly detailed. The toms sound especially weighty, while the kick is tight and has a natural reverberant tail despite its 14 by 24-inch form. As with all these sounds, any unwanted elements such as extended tails can be edited out via  Superior Drummer 3’s extensive controls. There’s so much choice here, though, that it’s easier to simply make the best tonal decision to start with rather than endlessly tweaking a sample that you feel is close but not quite right. 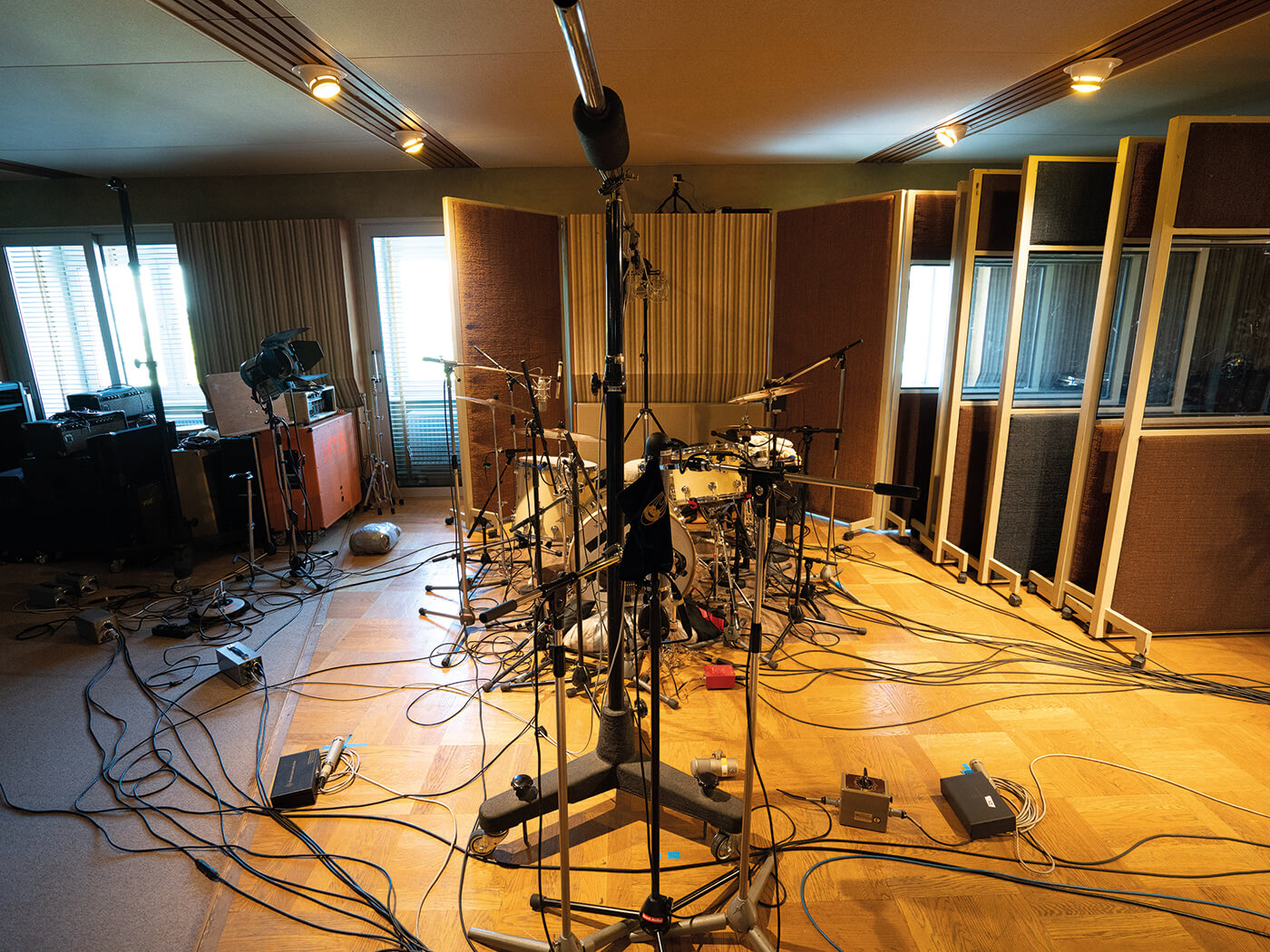 The final Hansa space on offer is the rarefied Meistersaal, known as the Big Hall by the Wall thanks to its location near the Berlin Wall that divided East and West Germany until the early-1990s. This is the room in which David Bowie’s extraordinary vocal from Heroes was captured using a canny multiple-microphone technique and, while the default kit is the same twin-shell used in the Marble Room, the overall effect and voicing is completely different.

Unsurprisingly, the kit sounds huge here. A helpful selection of Ilbert presets reveal the vast array of vintage mics that have been liberally used around the location to deliver spacious mixes up to a 5.0 configuration. There’s much fun to be had with the timbres here – you can blend mics and compressed channels to get your ideal tonal balance using source signals alone. The result is impactful and exciting, providing everything you need to form classic big-drum sounds.

This collaboration between Toontrack and Michael Ilbert has yielded a glittering array of drum sounds smartly attuned to their surrounding spaces, which happen to be some of the most characterful in the world. Combined with Ilbert’s not insignificant presets and you’ll find plenty to get excited about within this suite.

There’s a smattering of new MIDI content too, which has been thoughtfully tailored to each room and kit, taking in elements such as the presence of Rototoms. There could always be more grooves in expansions such as this one but you’re of course free to mix and match with pre-existing grooves from Superior Drummer 3 to flesh out your options. If you’re looking to hit some colourful drums – whether big, small, tight, loose or any combination of the above – masterfully recorded using vintage equipment and in truly special settings, the latest on Toontrack’s whistlestop world tour is a must. 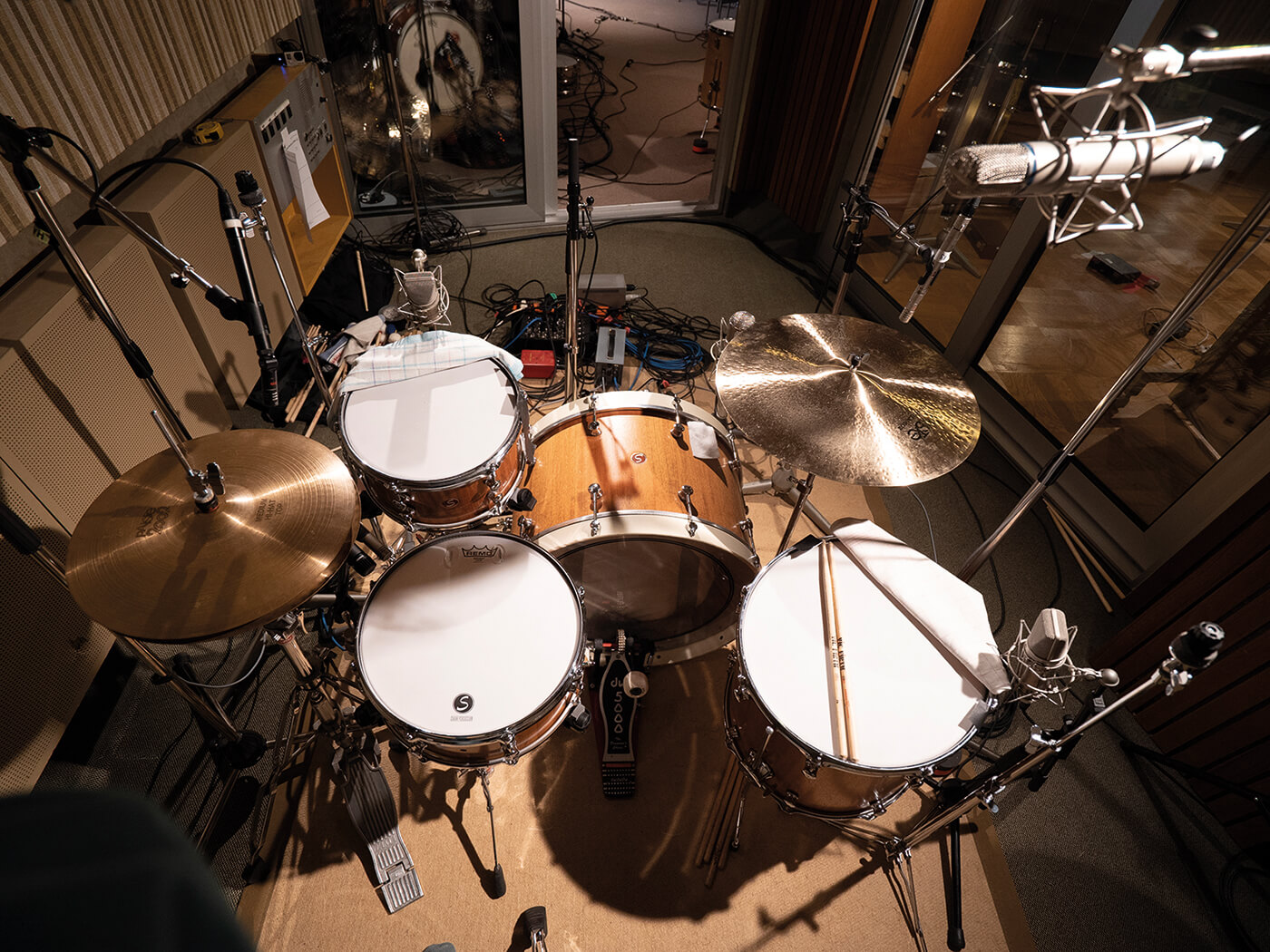 If you’re a Superior Drummer 3 user, you’ll know how useful and impressive the Toontrack environment can be. Its bountiful expansions, part of the SDX line, make it even easier to sculpt drum sounds that are perfectly suited to your production needs, and the Rooms of Hansa expansion is one of the finest. Its beautiful selection of drums have been recorded in varied spaces to give you everything from tight and dry to vast and dramatic samples, with enough variance in between to keep you occupied until Toontrack’s next impressive expansion arrives.

The Hansa brand and Michael Ilbert ensure quality and attention to detail. Though, as is the case with many drum libraries, some of these samples are too big for smaller-scale production projects, so consider this when picking your kit. 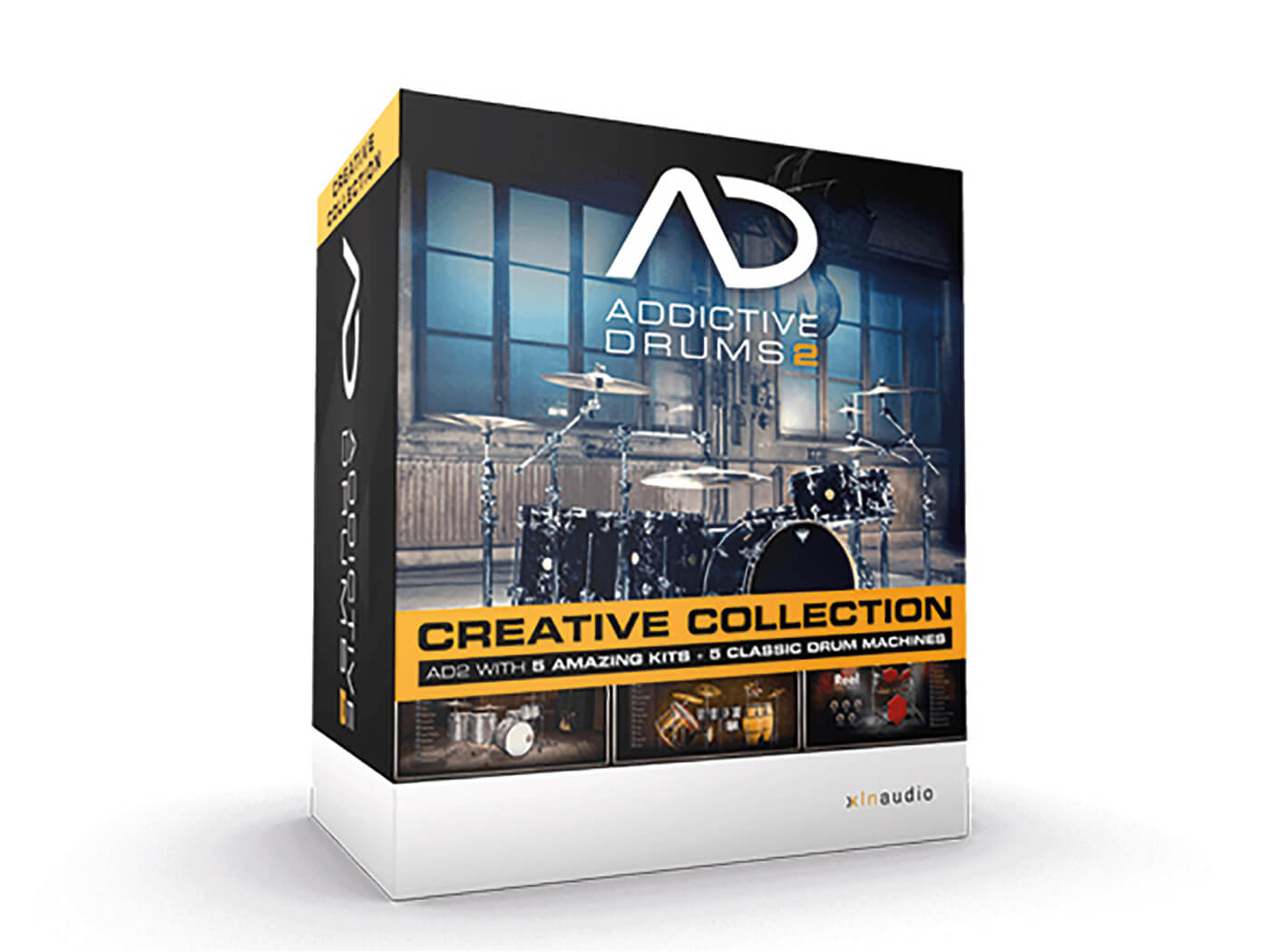 Similar to Superior Drummer 3, this pack combines acoustic drum samples with drum-machine content. It’s a different beast to the Hansa-based expansion but there’s plenty of crossover. 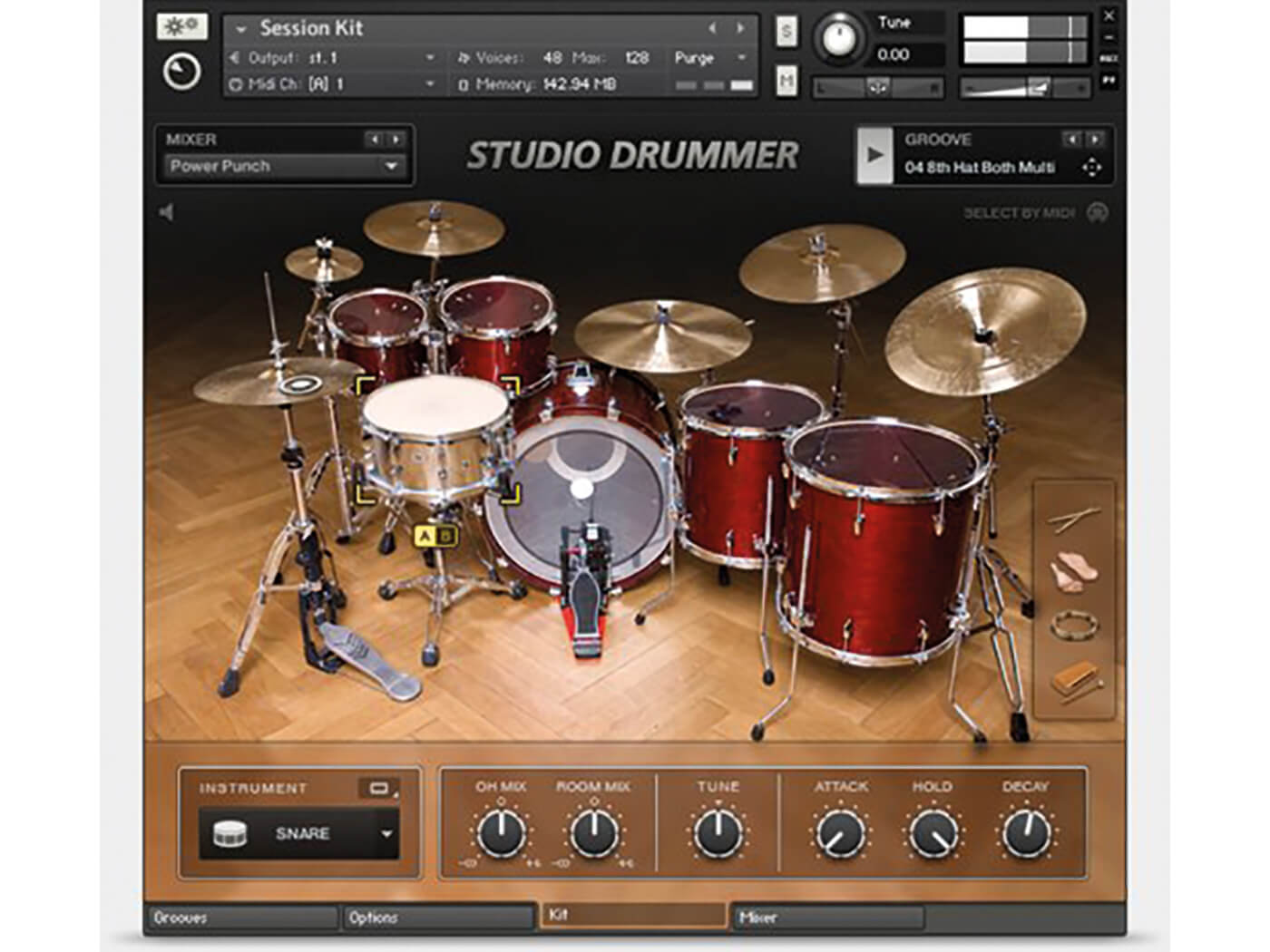 This NI staple offers stellar kits and gratifying groove content well suited to many production projects. It lacks the finesse of the Hansa suite but could prove a valuable launchpad for songwriters and producers.