Providing the sound of thunder to bottom out your virtual band, the first EZBass EBX expansion library achieves classic status 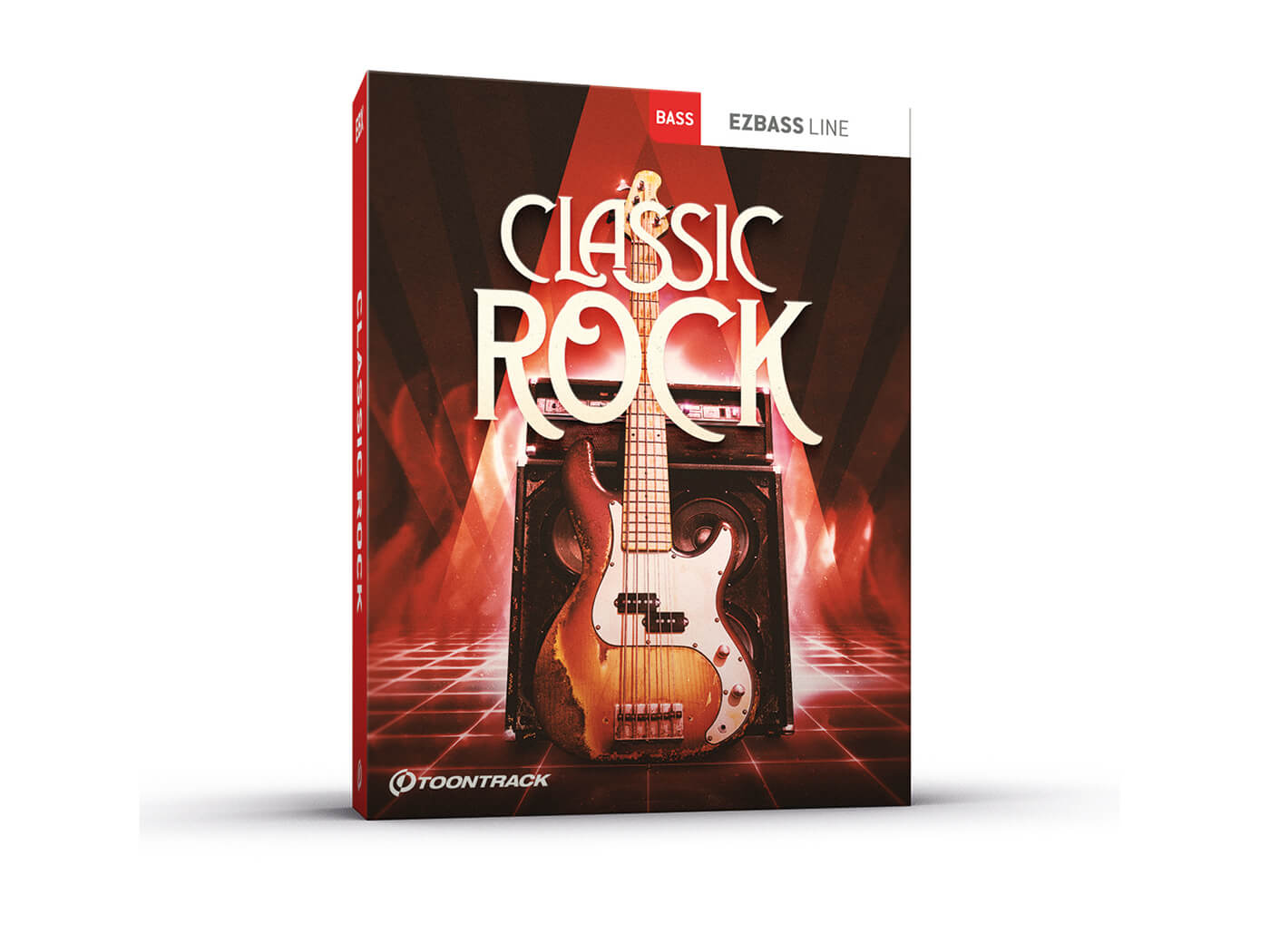 It was mere months ago that we got our first taste of Toontrack’s EZBass package. Supplying the Swedes’ typically slick EZ treatment but this time for bass, it’s a polished product that saw us award it the highest accolade. Our only real criticism was that it featured only two basses and, though we won’t suggest that our critical acclaim had anything to do with the release of this expansion pack, we’re glad to see it arrive nonetheless.

This is an expansion library, so you’ll need EZBass to use it, but both are sensibly priced. The foundation package features a Fender Jazz Bass and an Alembic modern bass, to which this expansion adds another firm favourite: the Fender Precision Bass.

Toontrack states that it couldn’t think of a contender to go up against the Precision. “This bass is rock.” Despite the fact that this is a single-instrument expansion though, the package isn’t short on colour. Toontrack has extracted every nuance of musicality it can from its sample capture.

Classic Rock EBX integrates smoothly with EZBass, letting you build songs within its browser, in standalone mode or within your DAW. You can also import its supplied MIDI content into your DAW to keep the tracks and edits in a single location. But EZBass’s own editor remains robust and easy to use. 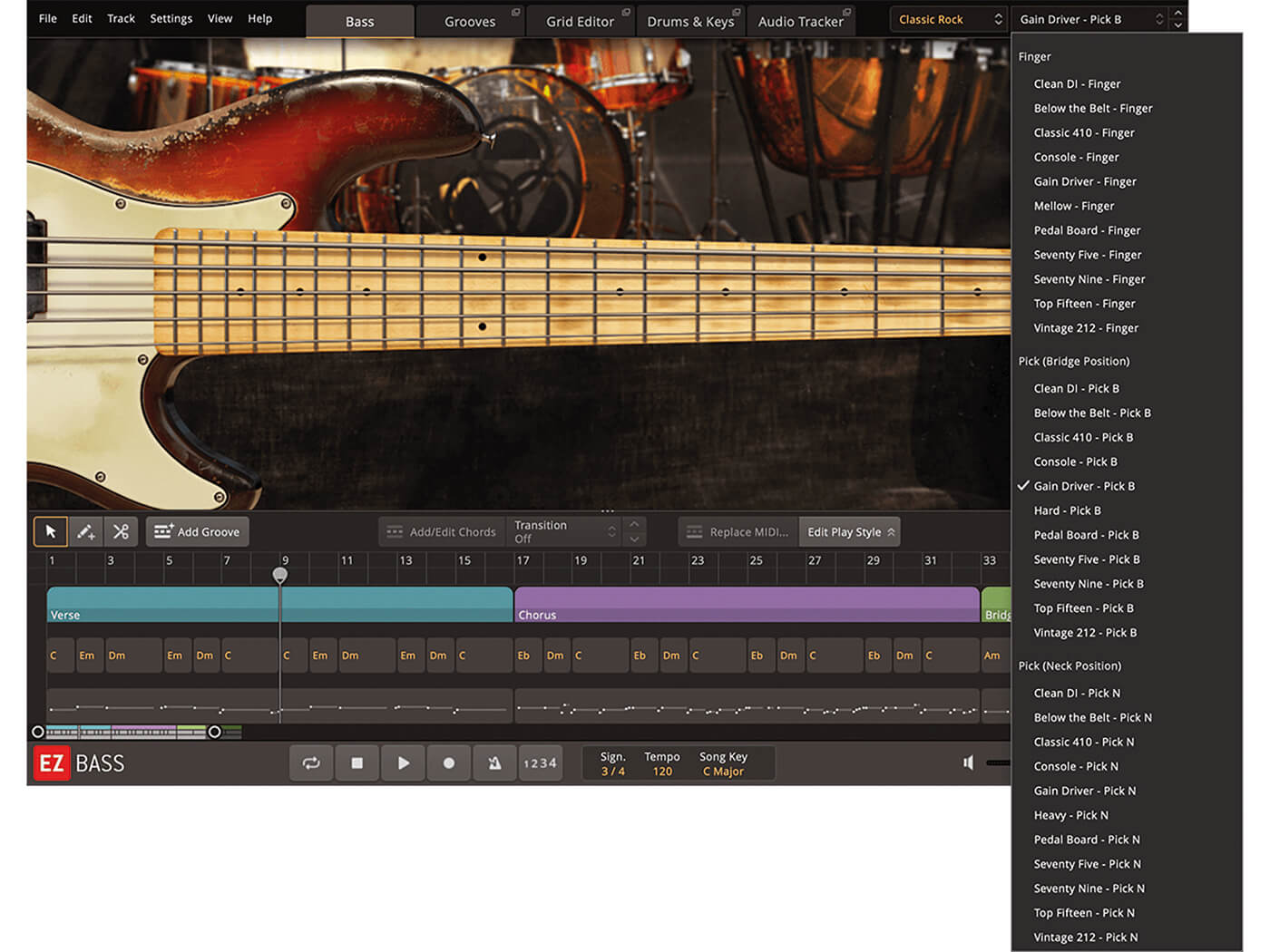 Upon loading, the initial bass setup can feel underwhelming – but don’t be fooled. Loading one of the 33 presets – organised in three batches of 11 to accompany the sampled content, with categories relating to finger- and pick-based playing from the bridge or the neck – will bring this P-bass to life very quickly.

The resultant low-end onslaught is remarkable, sporting authentic presence and depth. It’s difficult to ascertain how Toontrack has managed to extract so much colour from a humble bass. While these presets should prove gratifying, you can make further tweaks to the amp colour and tone, and even at the sub-bass level. It’s easy to turn your bass to thunder, as our studio cones attest. But there’s plenty of top end available too, to help you cut through mixes.

This EBX expansion performs admirably as a sampled sound source. As sampled basses go, it’s brilliant. The onboard note editing gives you deep control, and you can take advantage of the ability to make tuning tweaks too, either in line with bass guitar tradition or by applying tuning variation per note. It all adds up to a very believable expansion that provides the perfect third bass to EZBass’s already strong content for rock, pop and far more besides. 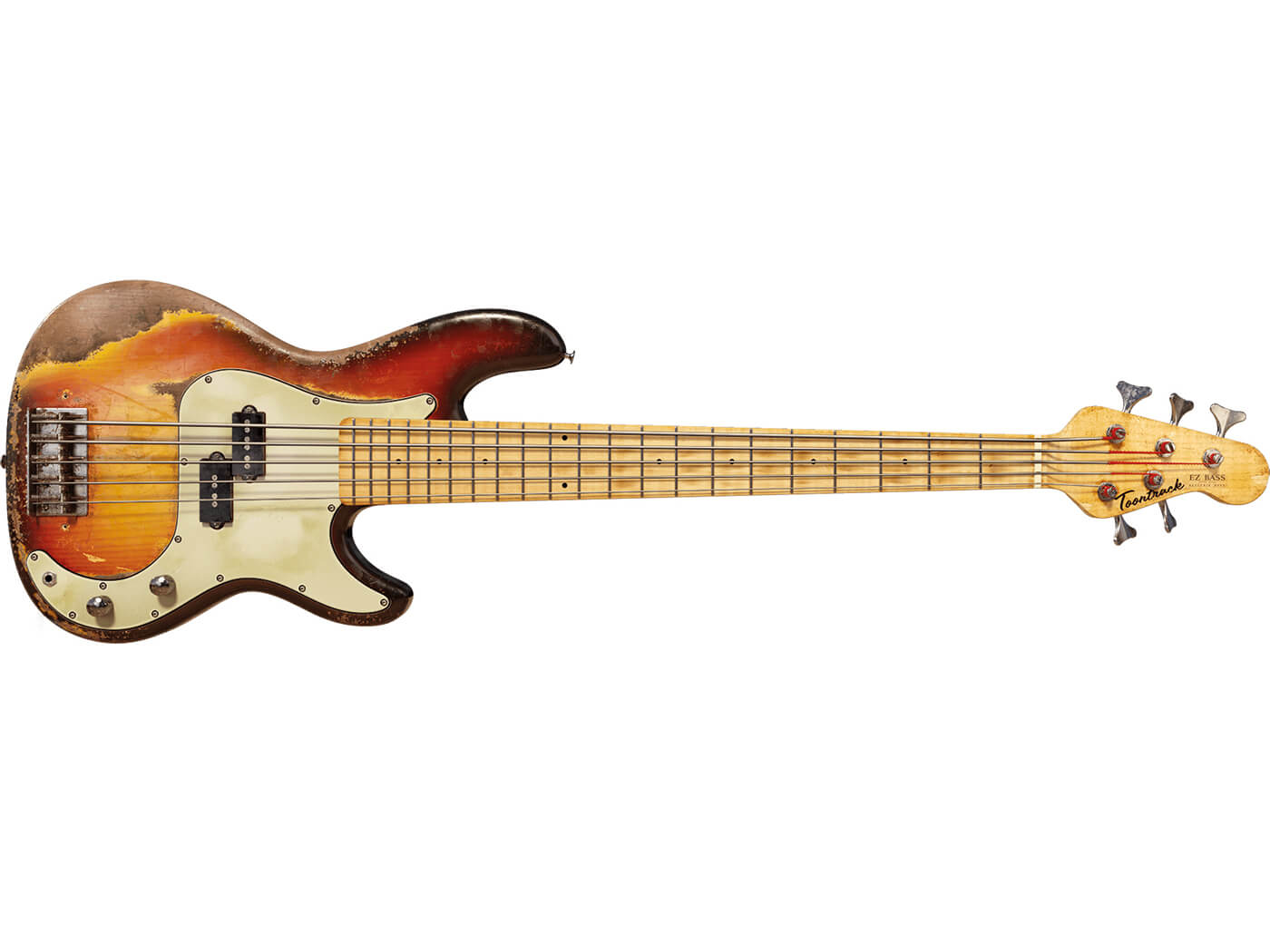 ujam
Virtual Bassist Rowdy:The Rough One £100
A standalone package rather than a sample expansion, Rowdy provides rock sounds from a later era, drawing inspiration from the 1990s, ideal for grunge setups.

Spectrasonics
Trillian £200
What Trillian lacks in MIDI provisions, it makes up for in sonic content. It boasts basses for almost every occasion and, though it has more of a smooth LA feel, the onboard effects can soon put an end to that.