The power of dynamic convolution is harnessed to pipe the most iconic of compressors into plug-in form, but does the electrical mojo translate to the digital realm? 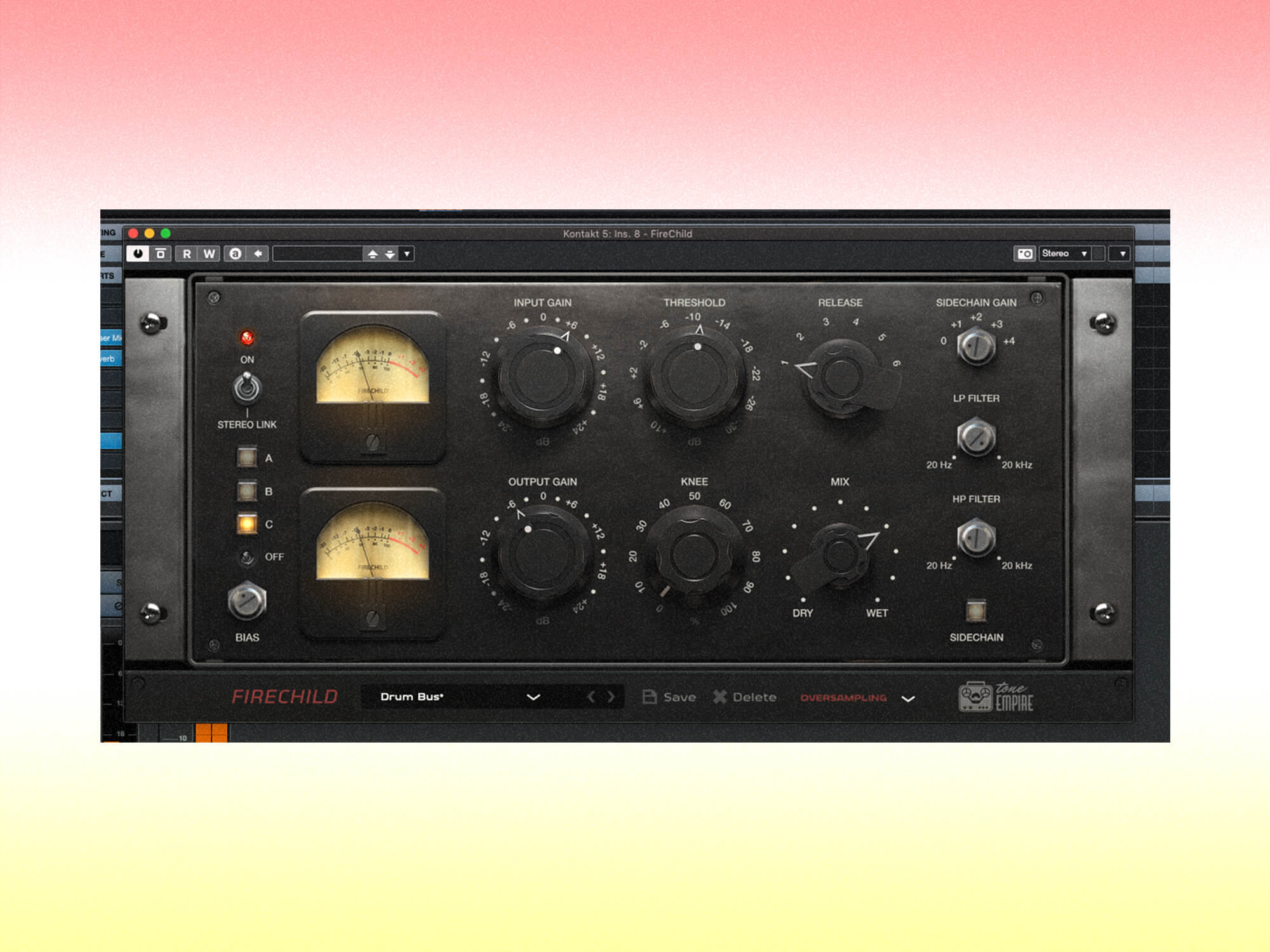 Though it ought to be the title of an album by The Cult, Firechild is a plug-in that models the Fairchild 660/670 vari-mu valve/tube compressors. The dynamic convolution at the heart of Tone Empire’s Firechild has been built up from a number of real world Fairchilds, sampling their compression and gain stage characteristics.

The results of Tone Empire’s multi-unit approach are most audibly apparent when switching between the three tube models, A/B/C. These produce frequency and harmonic responses that immediately colour the source in subtle yet pleasing ways. An Off option is on board to keep the source clean and only use the plug-in’s compression engine. The input stage can be overdriven to bring out some tasty harmonic distortion, with or without compression. The Bias knob can dial up more tube saturation control alongside the input/output gains.

Firechild’s additional saturation works wonders on tone and vibe, but at a practical level it aids reducing peak levels, boosting perceived loudness within or across a mix. The three tube model modes, to varying degrees, roll off the far low end in ways that can tighten drums and bass, or remove some mix flab. But, again, the Off position can be used to keep the lows untouched, bar the effects of compression.

The distortion/saturation effect interacts with the compression so that the input overdrive is pulled back as Threshold is wound up. The dry end of the Mix remains distorted in these three modes to whatever degree is set via the Input and Bias controls, and so balancing the wet/dry with the compression can produce a wide range of tonal and dynamic responses. 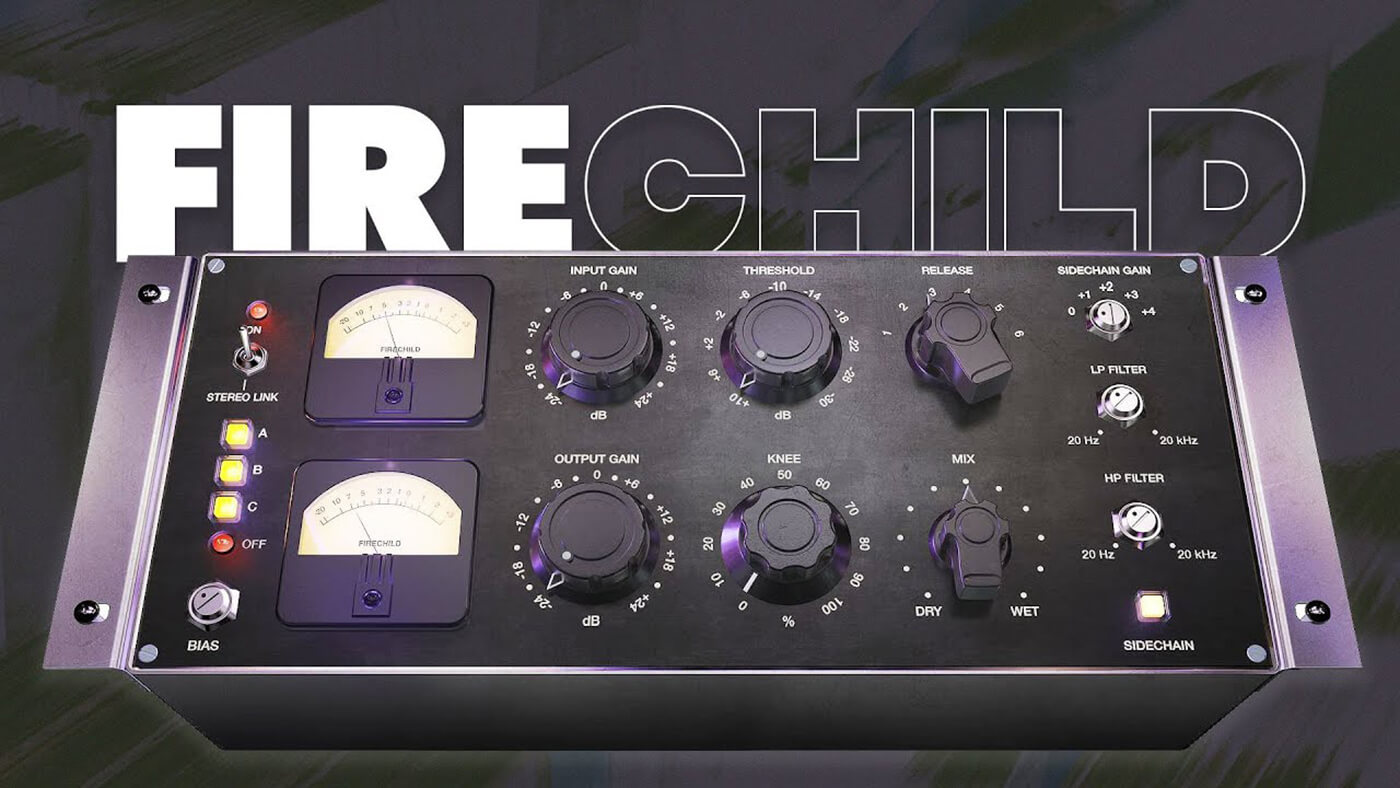 The only metering is for gain reduction and, at first, this is a limitation due to the expectation of such feedback. But once you’re familiar with the interface and the response of the plug-in, you will end up trusting your ears. The gain reduction meter is in the form of a VU, though the response time is too quick to actually be VU. Nonetheless, it is an important factor in selecting the appropriate timing from the six options of the rotary Release selector. These follow the original Fairchild timings along with their accompanying attack variances, all of which are fast (0.2, 0.4 or 0.8 milliseconds).

It’s important to get acquainted with the effect of such fast attacks as it can level transients in a brutal way that may initially seem pleasing but can ultimately kill the presence and dynamism of a source.

Once attuned, the attention can be concentrated on the release behaviour and its interaction with the Threshold and Knee. Though it is pointless pondering how exacting a Fairchild 660/670 emulation this is, it is apparent that the behaviour of the Firechild across instrument/group channels and the mix bus is what one expects of this solid classic of vari-mu compression. It can add bite and aggression with one hand, while bringing a soft levelling to bear with the other.

The parallel mix control and full frequency sidechain filtering (HPF and LPF) add the modern options the Firechild’s real-life analogue inspiration lacks, and in combination with the saturation and flexible compression characteristics, make this plug-in a formidable tool for drums, bass, guitars electric and acoustic, vocals, synths, the mix bus and whatever else that’s thrown its way. The only limitation is the CPU load, which is substantial, especially if using the oversampling option. On the whole this isn’t needed, plus it may be best practice to not strap Firechild on every channel or bus.

For the price, this is a worthwhile dynamics processor for creative and practical use that can bring premium class where needed. 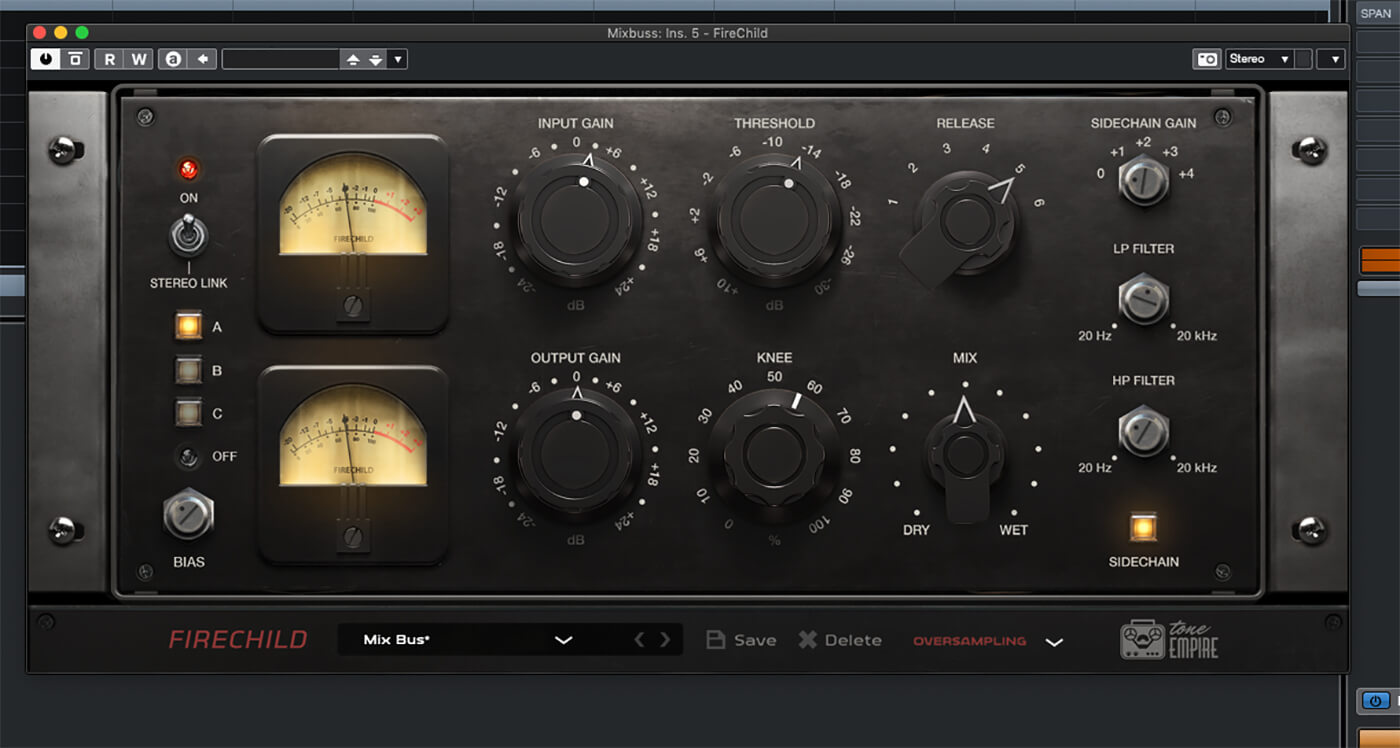