This no-nonsense tool can add weight and warmth to your tracks, but is it flexible enough to be useful? 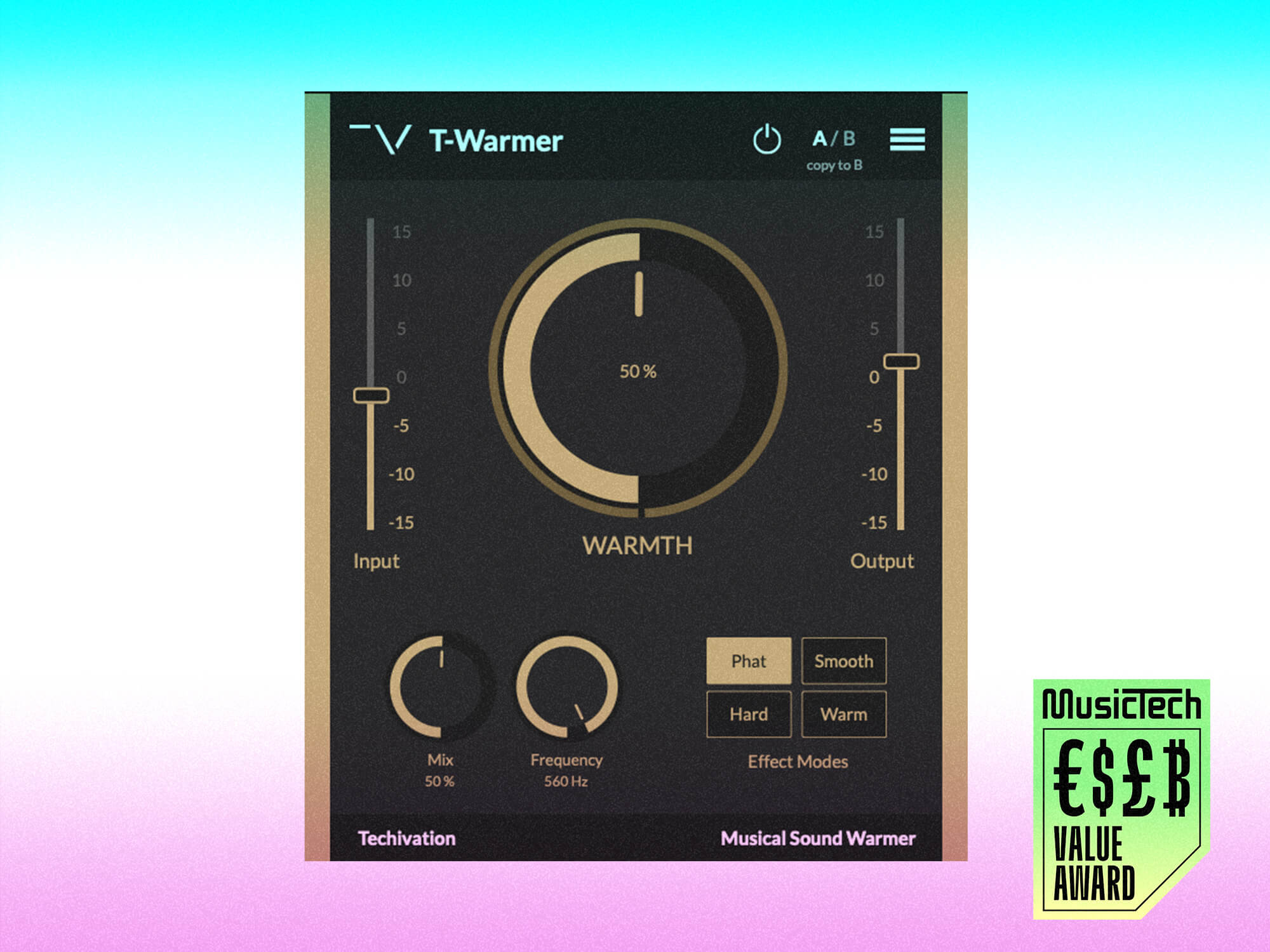 Since 2021, Techivation has been steadily releasing plug-ins that combine simplicity with focused but useful functionality. Its latest release is T-Warmer, a saturation plug-in that can add harmonics to bring added weight to low-mid frequency sounds. It’s an easy-to-use effect that feels like a useful tool in place of EQ for bolstering sounds while avoiding unwanted muddiness.

The GUI is simple, crisp and easy to read, and you have the option to resize it should you wish. The centrepiece of the plug-in is a large Warmth dial that you use to increase the amount of harmonic saturation. As a nice touch, there’s an output volume meter that goes around the outside of the dial to show the overall volume. There’s also a bypass button, A/B switch, and a menu that includes a handful of presets for bass, drums, guitar, piano, synth and vocals.

A Mix dial lets you blend T-Warmer, allowing for more subtle effects, while a Frequency dial lets you set the range of the original signal that’s used to generate the harmonics. This lets you increase the width from 20 to 60Hz at one end, up to 20 to 600Hz. As the function of the plug-in is to add warmth, this works well for most instruments and lets you generate harmonics based on the deeper parts of the signal. That said, Techivations could have increased flexibility if one could also adjust the lower limit to apply harmonics while bypassing the lowest fundamental, for example.

The most intriguing part of T-Warmer is the Effect Modes section, which lets you select from four different harmonic profiles that can add different flavours of colour and character. The Smooth mode is the most subtle and has an even distribution of harmonics that roll off as they go up the register, plus a small EQ dip around 500Hz.

The Warm and Phat modes are fairly similar to each other, with more pronounced harmonics between 100 and 400Hz, making them the best options for thickness and weight. Finally, there’s the Hard mode, which has a more uneven harmonic distribution that reaches higher up the spectrum to create more aggressive sounds.

Unlike some other saturation plug-ins, T-Warmer has been specifically designed to add weight and fatness to sounds, and for that purpose, it’s effective and quick to dial in.

We were able to make some deep sub-bass lines thunder through on smaller speakers and addsome low-end thickness into some drum parts and other instruments in a way that couldn’t be achieved via EQ alone.

It’s nice to have the different harmonic profiles that can be used alongside juggling the Warmth amount and Mix control to get a variety of mixing options. On some material, it helped control peaks but on other parts it actually increased them, so it’s not necessarily impacting as a dynamics tool in the same way that full-range saturation can be used.

For its $39 asking price, it’s hard to dislike T-Warmer. It’s a highly effective and simple tool that does what it sets out to do, and the 8X oversampling under the hood means the results are of supreme quality.

Our minor gripe is that volume matching wasn’t straightforward – there are no specific values shown on the Input and Output sliders. It would also be useful if there were a LUFS value shown for the input and output so that you could match it yourself. This aside though, if you’re looking for a quick way to thicken up thin sounding tracks then this is well worth a look.