A new range of processors combine the luscious analogue sound of Solid State Logic’s Fusion hardware with the affordability and scalability of a plug-in. 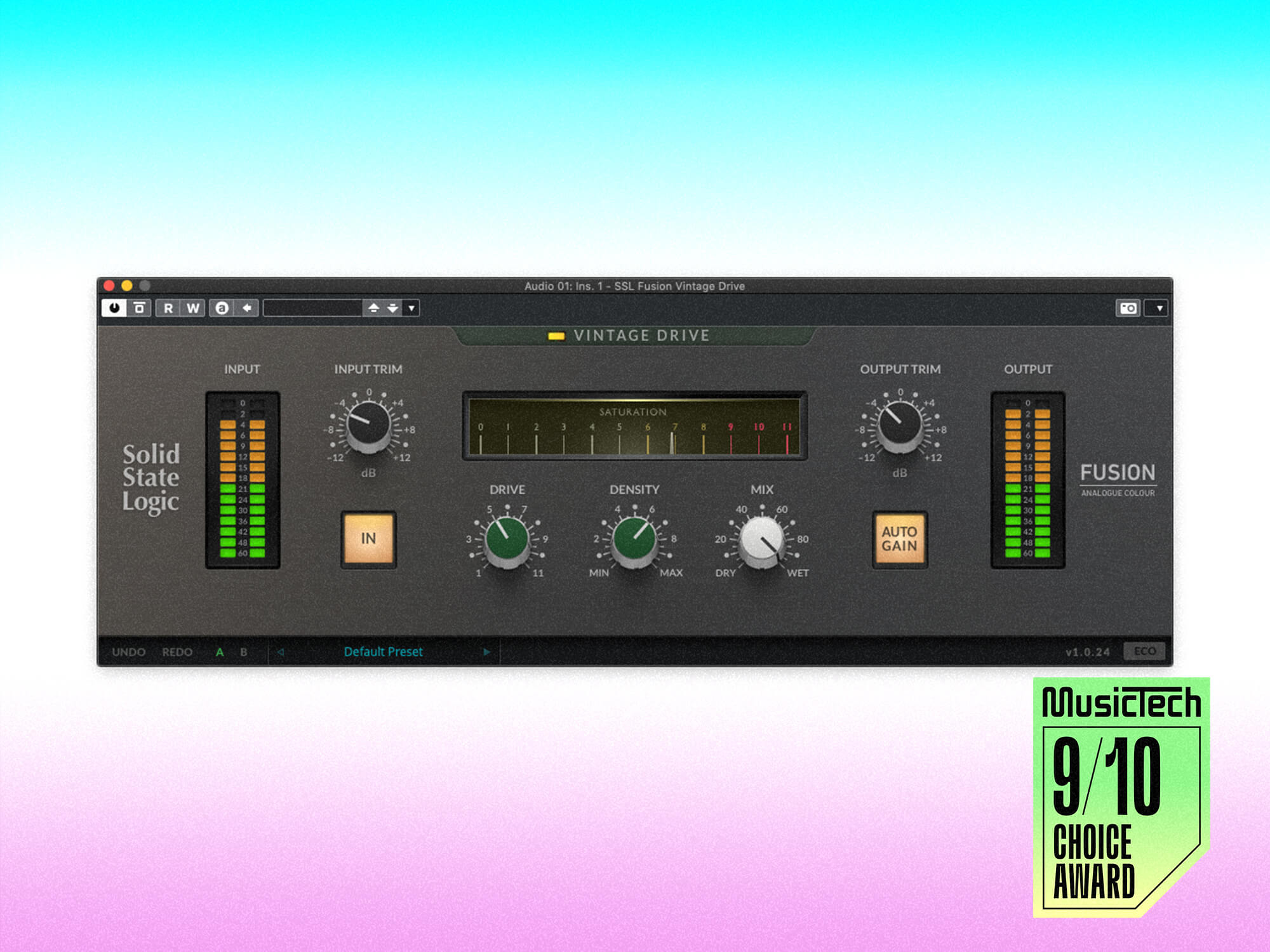 SSL’s Fusion Vintage Drive is a magic button processor that will add an expensive layer of analogue polish to any recording.


Solid State Logic (SSL) may have built its formidable reputation in the world of ultra-high-end analogue audio technology, but it has not sat still in the face of digital progress. Take, for example, Fusion, a rack-mounted outboard unit that contains four fully analogue processing stages, each designed to lather your audio in different aspects of that special SSL polish. The intention is that you would use Fusion in conjunction with a digital recording system to inject true analogue colour, clarity and spaciousness into any parts you send through it.

Of course, buying sufficient Fusions to cope with a typical recording session would prove painfully expensive, so the good news is that SSL has been hard at work converting the analogue loveliness of Fusion into convenient, affordable plug-ins. The first of these are available now in the form of Fusion Stereo Image, Fusion HF Compressor and Fusion Vintage Drive. We grabbed the latter to see what it’s like.

Straight to the point

Fusion Vintage Drive is available as a standard perpetual license or as part of SSL’s Complete Subscription Bundle that gives you access to all of SSL’s plug-ins, including upcoming Fusion plug-in releases.

As the name suggests, Vintage Drive is a saturation processor that’s modelled on the first stage of the Fusion hardware. Control-wise, there’s not much to it, with the main guts of the effect controlled by just two dials: Drive and Density. The plug-in gets a few extras over what’s available on the hardware: input and output trim dials and meters, a wet/dry mix control, and an Auto Gain option that compensates for any gain boost.

Most notable is the large ribbon-style saturation meter that dominates the plug-in’s window. We’ve seen saturation meters on other plug-ins that max out as soon as you dial in the merest hint of warmth, but Vintage Drive’s meter is not like that. It gives useful, progressive visual feedback about how much drive is being generated. One nice touch is how the meter’s backlight changes colour in response to the amount of drive – green at low drive, amber at middling saturation levels, and red when things are hotting up.

How does it sound? Well, if you’re after grit, dirt and general signal mashing, then this is not the saturator for you – the Vintage Drive is much more refined than that. At low settings it is very subtle, adding air and spaciousness to the upper end while giving the low frequencies an ever-so-gentle warming. As you increase the drive, these colouring effects become more prominent, adding sparkle and heft that smacks of expensive analogue processors and mixers.

Cranking up the input gain control is the best way to get to some extreme overdrive, but even this happens in a classy way. It sounds just like an over-saturated analogue circuit – neither harsh nor abrasive, but warm, woolly and bloated. No matter how much effect you dial in, and no matter what sort of signal you feed to it, the Vintage Drive makes your sounds ooze with the sophisticated, airy quality people spend thousands to achieve – not bad for a couple of hundred bucks.