Stereo image adjustment may not be the most exciting of effects, unless when it’s as good as the latest from SSL’s Fusion plug-in range. 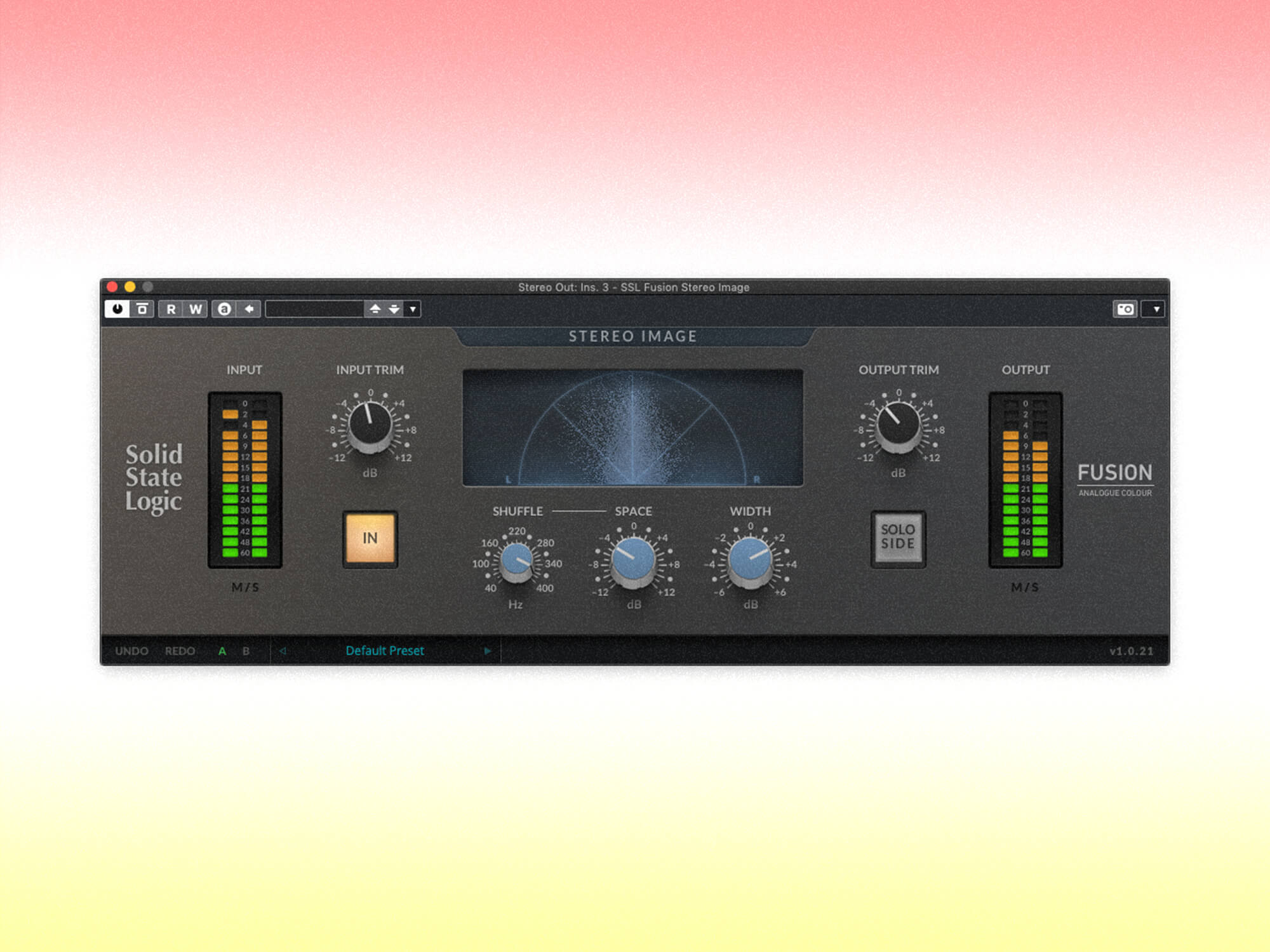 Give your parts and mixes classy, pro-sounding stereo space and width, along with a dusting of convincingly analogue airiness and character


It’s fair to say that Solid State Logic knows a thing or two about analogue processing, in much the same way that the Pope knows something about Catholicism and a bear is knowledgeable about defecating in arboreal biomes. It’s just what they do. This expertise is neatly encapsulated in the company’s Fusion processor, a rack-mounted hardware unit featuring four processing stages designed to breathe various flavours of analogue loveliness into your digital parts and recordings.

Recently, SSL embarked on a project to use state of the art component modelling technology to create digital models of Fusion’s all-analogue processors. We looked at the first of these, the Fusion Vintage Drive a while back, and now it’s the Fusion Stereo Image’s turn.

In keeping with most stereo field processors, the Fusion Stereo Image works in the mid-side domain. The mid-side is an alternative way of encoding a stereo signal that, in simple terms, carries the centre of the stereo image in the mid signal and the width information in the side signal. Once encoded in this way, the width and focus of a stereo signal can be manipulated by altering the volume balance between both mid and side signals.

The Fusion Stereo Image is intended primarily for use in music production, where losing central focus is generally not desirable. This is also why the plug-in processes only the side signal. Even so, if all it did was modify the volume of that side signal, then the increased strength of lower frequencies within the side signal could still result in a smeared, unfocussed stereo image.

With this side signal shaping done, the third and final dial on Fusion Stereo Image – Width – simply adjusts the level of the processed side signal before the whole lot is encoded back into a standard left-right stereo signal.

At £139/$199, Fusion Stereo Image is quite costly for a stereo adjuster, but the universal usefulness and quality of results do a good job of justifying this price. The plug-in is also included in the SSL Complete Subscription Bundle where, for $14.99/month, you get access to all of SSL’s extensive range of plug-ins, including all current and upcoming Fusion plug-ins.

If you choose to spend the money, though, you will not be disappointed. The sonic results delivered by this straight-forward processor are sublime, and make it easy to create the detailed, focussed yet wide stereo fields that grace high-end commercial recordings. Not only do you get a sumptuous wide sound, but the analogue modelling inside the plug-in adds a subtle, hazy breathiness that is reminiscent of expensive mixers and boutique analogue hardware. This is exactly as it should be with a processor that carries the Solid State Logic logo.