Huge bundles of plug-ins are big business, but can also offer great savings over buying the individual parts. Can Softube’s Volume 3 be the greatest? 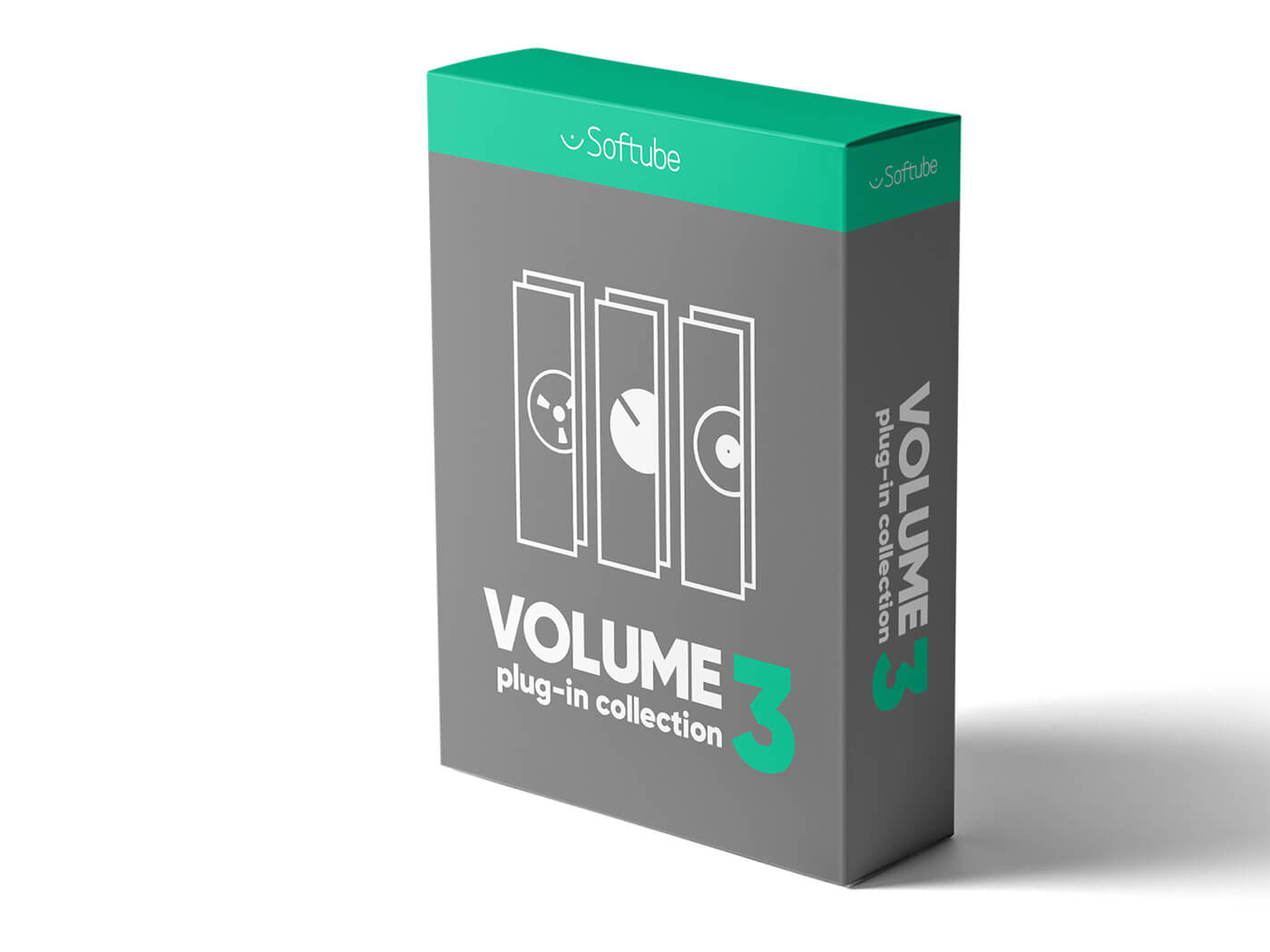 The huge plug-in bundle is a great concept – on the face of it, anyway. You get pretty much everything that one company has ever released (or, at the very least, some kind of ‘best of’) and the asking price is usually a great deal lower than the sum of its parts.

I first came across the concept with Komplete, Native Instruments’ delicious collection of instruments and effects, that is now pretty overwhelming in concept; and at well over a grand, is a big investment. Since then, I’ve looked at Arturia’s V Collection – a massive set of vintage keyboards – while other companies are now in on the act, including Steinberg with its Absolute Collection, Kilohearts with its vast collection of ‘Snapins’ and, here, Softube with everything the company does within a collection simply called Volume.

Softube, in case you aren’t aware, makes everything software-wise: from emulations of classic outboard, through vast suites of modular synth components – within its ‘Modular’ ecosystem – and bespoke synths and drum machines, they’re all here…

That is some volume

Broadly speaking, Volume 3 is split into four areas: Instruments (featuring the Heartbeat drum synth, the aforementioned Modular system and the dual-source Parallels synth); Signal Processing Tools (with ‘the best classic EQs, compressors, and mastering tools’ including a lot of emulations of outboard from companies including Summit Audio, Drawmer, Weiss and Trident); Effects (with everything from algorithmic-type reverbs to the more ‘out there’ OTO Biscuit); and finally, Amps (with Softube’s Amp Room plug-ins emulating vintage guitar and bass gear).

There is, almost without saying, a lot here – a taster of which is listed left. For the sake of this review – and to a certain extent, my sanity, otherwise we’ll be here all day – I’ll focus on the newcomers to version 3, but also pick and choose some of Volume’s previous highlights. With that in mind, then, we’ll look at the newbies of Parallels, Harmonics, OTO Biscuit and Transient Shaper; but I’m also keen to cover some of Modular, Heartbeat and whatever else I can fit in.

You’ll need an iLok account and the plug-ins will be available there to license individually. Then you will need to use either Gobbler 2 to install the software – a shell piece of authorising software – or Softube’s new Central software. It’s at beta as I write this, but should make the process smoother very soon.

I’ll start with one of the new stars of the show, Parallels: what Softube calls a dual-source synth, which uses sets of waveforms recorded from vintage and bespoke synths as those core ingredients. These waveforms can be taken from 11 categories (including Analog, Digital, Chaos, Chord, Stack and Distorted) and then mixed and matched in a variety of ways. You can change the direction of play, the envelopes, add and more, all from the main part of the UI. A filter section includes State Variable, Low-Pass Gate and Resonant Peak options for very different characteristics and is again very easy to employ and alter.

Parallels gets even more involved when you introduce the Mod Pods, the modulations on the left side of the UI. Here, you get five main modulation sources: LFO (with Rate, Shape and Sync options); Rnd (with levels of randomness indicated by graphical rainfall – yes, really); Euc (a Euclidean modulator for rhythmic and beat modulation); Env (an envelope modulator with ADSR parameters to apply) and finally SEQ (a step sequencer which sets a modulation level over a number of sequencer steps).

Up to four of these Mod Pods can be employed at any time to destinations that you discover by hovering around them after highlighting your source. It’s far easier than I make it sound and really, is the heart of the synth – this is where the movement and sonic character of Parallels really shines. Overall, you get a set of colour-coded blocks for each destination which you can easily select and manage.

A final effects section on the right completes your Parallels options with Distortion, Chorus, Flanger, Reverb and Delay options, and three parameters each, which can be modulated. All are excellent and add a lot of sonic variety to a synth that’s already versatile. Parallels is a great synth, fantastic to look at and admire and brilliant sounding. It alone would cost you a big chunk of what Volume 3 costs and we’ve barely scratched the bundle’s surface yet.

Next up on the newcomer’s list is OTO Biscuit, an 8-bit effects plug-in for lo-fi and gritty processing. The plug-in is based on a hardware box made by French company OTO Machines back in 2010, which has proven to be still very popular with many producers, so much so that the original in hardware is still highly sought after.

The plug-in replicates the hardware on the top half of the UI, with a Drive dial, Clock Speed controls, Naked and Dressed (dry and wet) dials and filter controls for low, high and band pass options.

OTO Biscuit is not a subtle plug-in and is all about dirtying up your sound, very quickly. As such, it won’t appeal to those after subtle processing and perfectly formed mixes, quite the opposite. This is for people after digital dirt and loads of it, although the analogue filter can provide much-needed restraint on occasion.

And something for beats

Next on the new list is Transient Shaper, although this one has figured in Softube’s wider armoury of plug-ins since 2015. That’s not to say it doesn’t deliver the goods, though. It features dual-band processing that gives it a wider brief than other transient shapers, which might be just used to tighten up and add punch to drum tracks. Here, you can add Sustain for a smoother feel as well as adding lots of bite via the Punch control or, conversely, make a track less in your face in a mix.

Finally, a Crossover dial allows you to home in on specific, say, drum sounds and make them snappier while not affecting the rest of the loop. And Transient Shaper is best used on drums, although it could be a useful and creative tool elsewhere in your mix. And talking of drums…

The Heartbeat plug-in is not new to Volume 3, but I’m going to talk about it anyway as it’s a definite highlight – a best of the rest, if you like. It’s an eight-channel drum synth with eight channels and proper engines driving them, so you can get some incredibly varied sounds. Heartbeat also features a Layer Engine to help you mix and match sounds and also add Chaos effects for more random beats. Add quality Softube effects – reverb, compressor and filter – and this is an impressive plug-in that offers fun and beat-making power.

A quick skip back to the newbies for Volume 3 and the final addition is Harmonics, the Analog Saturation Processor. All the newcomers so far have focussed on synths, odd effects and beats, so here’s the one for guitarists. Harmonics features five types of saturation with controls to adjust Drive and Character.

As well as a varied and brilliantly aggressive character, Harmonics allows you to track incoming signal dynamics which allows you to easily control the range and effect of the distortion, greatly adding to the overall flexibility.

Best of the rest

Just time to tell you about some other highlights from Volume 3 – not new this time around, but ones you’ll definitely be using should you take the plunge. There’s a hat-trick of plug-ins from Summit Audio including compressor, EQ and channel strip. The TSAR-1 reverb is a fabulous-sounding plug-in that will see you through many different tasks, while its smaller sibling does all that, but takes away some of the more complicated stuff so you could argue whether you need both.

The Trident A Range is an EQ that replicates the sound of the legendary Trident console, found in the studio of the same name, and a studio that recorded the likes of Bowie, Elton John and Queen.

Finally, I’ll return to where I started: the synths and Modular. We’ve covered this a few times separately, but what you get is essentially a starting pack of synth modules to create your own rack. This includes seven Doepfer modules and 16 utility modules, but the intention is that you add more by way of Softube and other developers. It’s a great way to enjoy modular in software, but its greatest strength is you can add Heartbeat and other Softube regulars to quickly create a pretty outrageous software modular rack.

As with all software bundles like this – and I include my experience with Native Instruments’ Komplete and Arturia’s V here – there will inevitably be plug-ins you want and will use and those that won’t interest you, or that will be similar to ones you already own. As such, $699 might seem a lot, but the simple way to look at it is to select which ones you’d choose and watch the cost rack up.

Personally, I’d love all the ones I’ve highlighted in this review and their combined cost if bought individually is well over that RRP, so the others would be almost thrown in for nothing. In fact, it’s here I decide to do a quick and not-very-accurate calculation and all the plug-ins sold separately cost the best part of $2k!.

The caveat, of course, is the dreaded plug-in bloat. Having too many options installed on your hard drive can stifle creativity and the attraction of a mass influx of Softube goodness could easily exacerbate this situation.

The choice, then, depends on what you have and what you want, but either way the great attraction of a collection like this is the diversity, the quality and the fact that the price is such a lesser sum of its parts, and in all of these respects, Softube’s Volume 3 wins out, making one of the best bundles out there – simple as that. 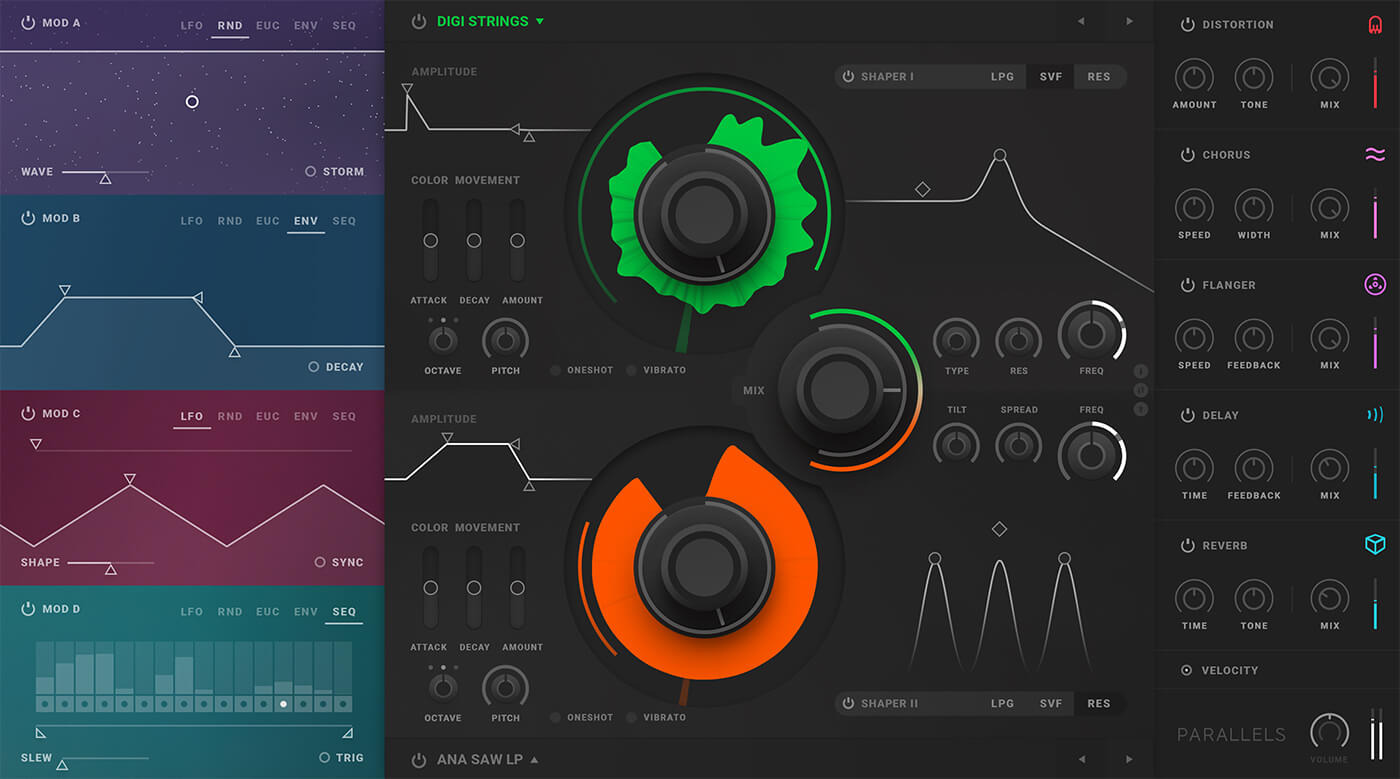 A beautiful-looking (and sounding) dual-source synth with loads of sonic flexibility and control. 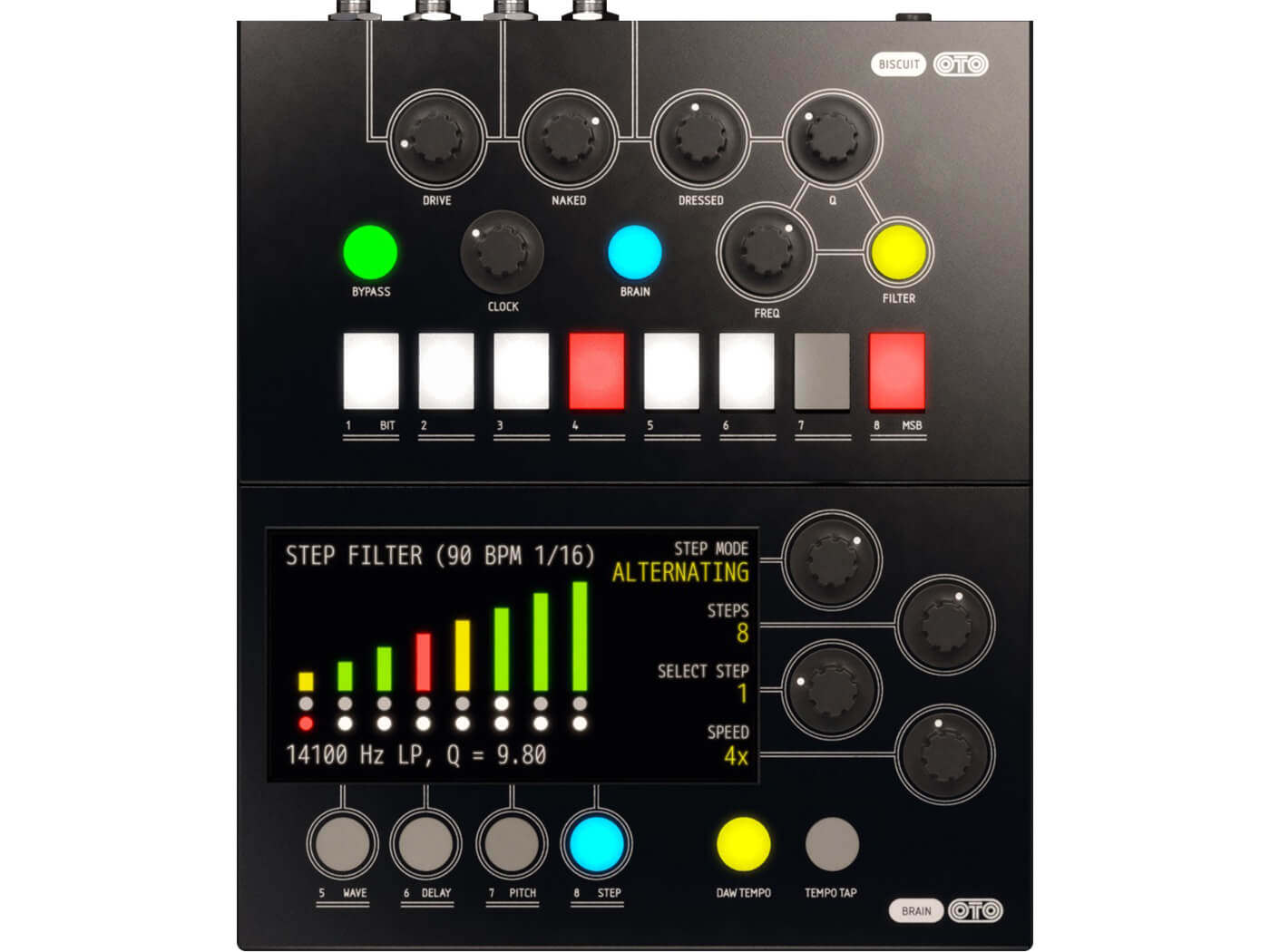 Loads of 8-bit and hands-on distorted fun to be had with this emulation of a French hardware classic.

Inevitably, this is going to depend on what plug-ins you own. If you have a decent DAW, there’s a good chance you’ll have some of the types of plug-in included here with it, but whether they are the same quality as Softube’s, well that’s another question. If you’re in need of a collection from scratch, Volume 3 is a no-brainer. If not, you could pick and choose but that soon adds up, cost-wise.

We’ve given a couple of mentions to the bundles from the big boys of NI and Arturia, so here’s one from a lesser known developer. This now includes the mighty Phase Plant synth, so puts the whole bundle in the Softube league.

You can’t not mention Waves when it comes to plug-in bundles. There’s no doubting the plug-in quality, but some question marks over price as they constantly seem to be on sale. The Diamond bundle has around 70 plug-ins.