If you’ve ever struggled to put bass in its place, this new mono-tastic plug-in from Softube might just aid your cause. It’s time to get expansive in the lower frequencies… 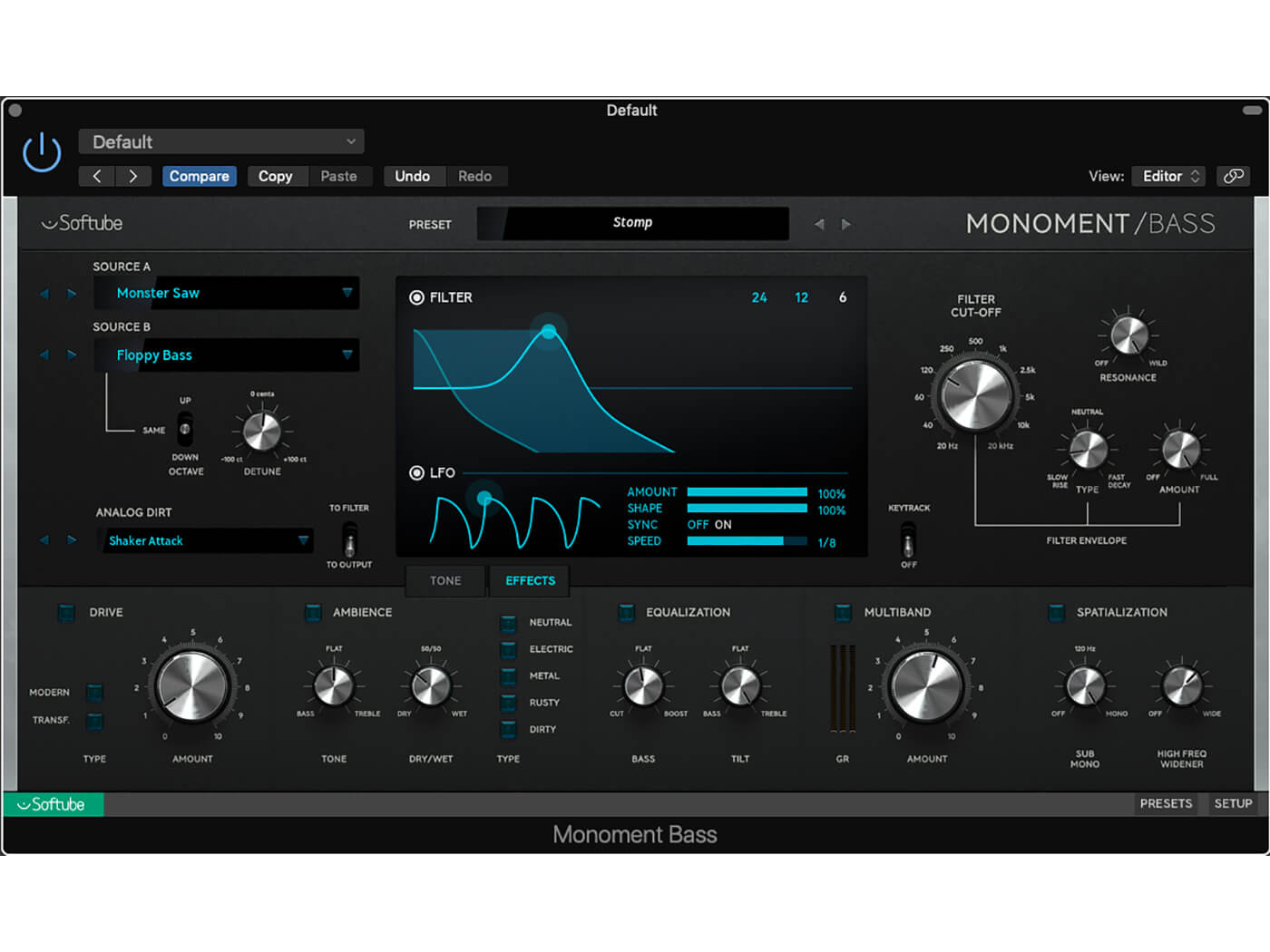 Despite many producers using more hardware instruments these days, the demand for good quality software instruments has never been greater, so companies like Softube are developing like crazy to meet that demand. The company has a pretty sizeable portfolio of plug-ins that embraces vintage hardware alongside more modern musings, covering everything from classic effects through to virtual modular systems. Monoment, the company’s latest plug-in, brings together the classic and the new to create a bass synth with the best of all worlds, with plenty of handy embellishments along the way.

The first unavoidable element that you notice is the familiarity of signal workflow, which is firmly subtractive in nature. With two wave sources (A and B) up front, there’s a sizeable collection of timbre which range from the beautifully clean to the downright dirty, with source B being open to detuning up to 100 cents either side of source A. With the flick of a virtual switch, octave placements may also be obtained, above or below the fundamental. 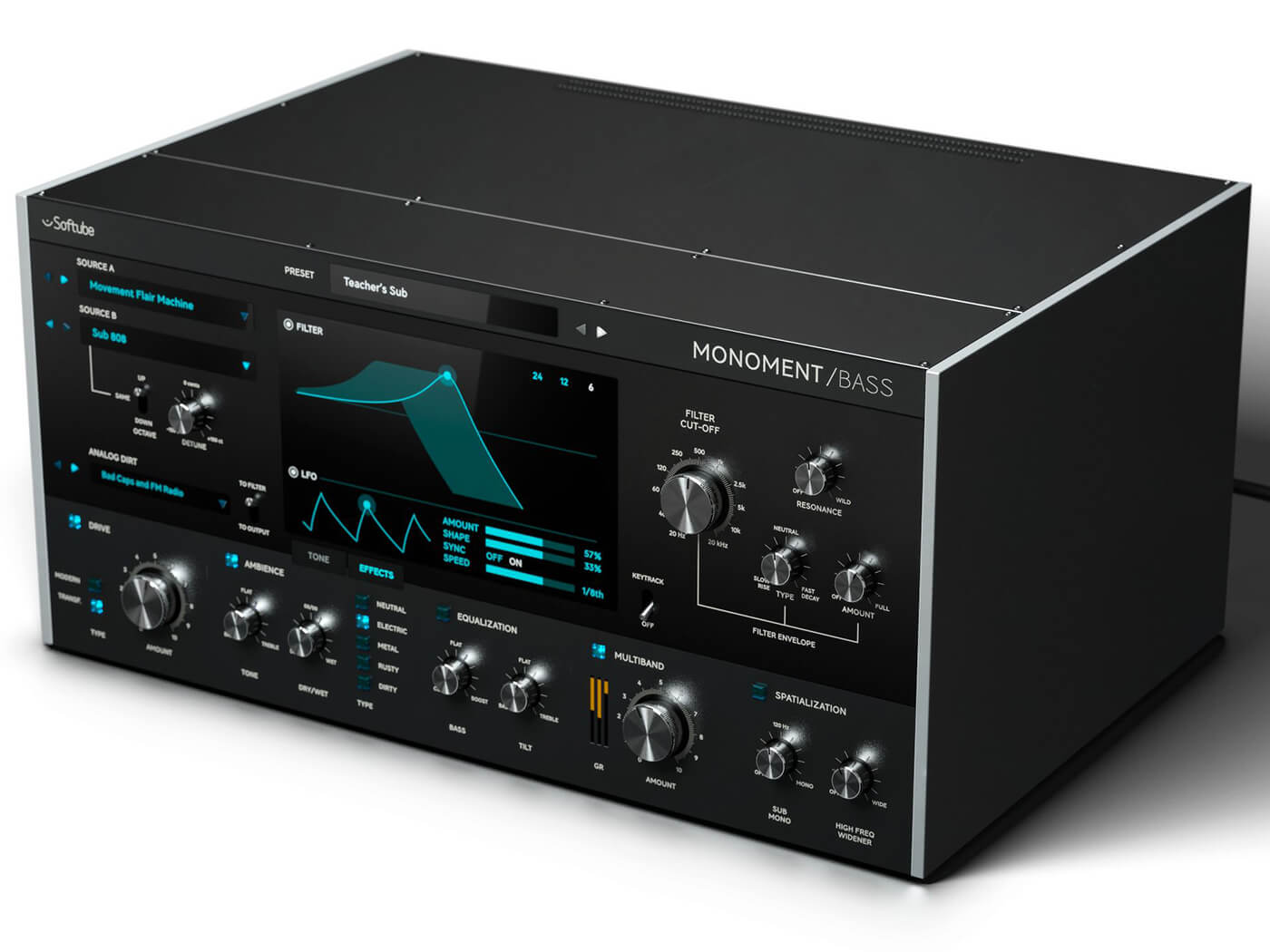 Returning to the vast variance of source material for a moment, categorisation is there to assist, with a degree of progression as you move through the source waves. Harmonic colours build with navigation through the offered timbre, although, strangely, there is the occasional jump in octave, presumably more to do with where the fundamental finds itself. Blending source A and B together is elegantly easy, thanks to a see-saw balance pot, while it is also possible to select a frequency crossover point to exploit certain colours above or below. This is actually a useful feature, as it allows for a degree of movement across the registers, emphasising the characteristics of each source as desired.

In line with Softube’s exhaustive detail for recreating a vintage sound, a further Analog Dirt element may be applied, which I found to function rather like a white noise channel on a vintage classic. The point of this is to add noise-based colour, which may be applied either pre-filter or at the output stage, and while there is the option of a dozen or so analogue-style noises, one of the most useful elements is to apply a little colour described as Attack. This gives that little bit of high-end colour that will help any bass sound cut through a mix in the upper frequency band.

The Monoment’s filter is simple, in the shape of a low pass filter which is switchable between 6, 12 and 24dB slopes. Cut-off extends up to 20kHz in all cases, while the associated resonance is highly controllable and nicely scaled; it doesn’t switch in to a frenzied state of squealing too quickly, but is also connected to a simplistic envelope element, which allows for switching between an attack and decay phase, with an amount heading to the cut off which can be controlled within the same vicinity.

One area where the Monoment is seemingly lacking is in envelopes, where there is a great sense of amplitude control being dictated via the filter or the initial waveforms. This might feel a tad off-putting, but I have to confess that it doesn’t seem to be an issue at all; in fact it took me a little while to register the lack of ADSR presence. What we do have though, is a punch amount control, along with a basic release control, the two of which make up entirely for the lack of any ADSR controls.

While the filter garners the ability to control volume, by its very nature, it is also highly capable of ripping your head off! The 6dB version sounds deep and weighty, with the opposite end of the spectrum proving to be tamed and beautiful, but it is the ability to apply the LFO to the filter with abundant ease that throws open the Monoment’s potential as a pulse maker. Once initiated, the LFO wave can be dragged on screen to mutate between softer triangles or harsher saws.

Sync to the DAWs tempo is a flick of a switch away, allowing for the creation of brooding and pulsing tones that will easily pacify everything from EDM to cinematic scoring. While this is certainly effective, the inclusion of a more editable sequencer-style framework would have been a very welcome addition here, mainly because the achieved effect could have been even more complicated than the more basic pulsing, although manual or programmed movement of cutoff certainly assists in a more musical outcome.

The FX of ageing

Alongside the more basic tonal construct, the crazy cats at Softube have included an Ageing control, which according to its own legend, “…adds noise, drift, grit, mojo, dungeons and dragons!” Who would have thought!? But practically speaking, this element allows for a degree of analogue-style variation in tuning and sound. I’ve often been a little dubious of such elements in the past, but actually this one works rather well, and adds a perfect entreé to the all-important effects section, which adds plenty to the commercial nature of Monoment’s sound.

Drive, Ambience EQ and Compression all make up the final equation, with special mention going to the Spatialization control, which will effortlessly widen the appeal of these bass entities, in both stereo spectrum and contemporary nature. From my initialised starting point, is was very clear to hear the effect that each of these elements has on the most basic of singular waveforms, and that’s just as much part of the contemporary sound as the choice of source wave.

All the about the basis

Monoment is equipped with a rather elegant preset browser, which allows for basic scrolling on a one-by-one basis, or the opening of a bespoke window for greater searching enhancement. These presets have been prepared by artists, with a variety which is pretty stunning and tantamount to the ability of Monoment to take on most bass duties. It can sound superbly commercial, with a depth of tone and compression which makes it highly appealing for anyone who needs help getting their basses to sit in the mix, but it also offers the experienced user a worthy palette which is at home in a vintage capacity too.

On the face of it, it feels like it lacks certain facilities that one might expect on a soft synth of this kind, but I did not really find myself missing these elements. I did however find myself drawn into its pleasurable and reasonably identifiable programming interface and exceptional quality of sound though. There’s a new bass in town and it’s quite simply Monomental!

We all need bass sounds, and where Monoment scores very high is with its simplicity of use and ability to morph from contemporary to vintage sounds with the minimum of effort. It’s equipped with a diverse range of timbre, which are simplistic to work with while offering pretty immediate and good results. The backend effects are particularly good at sculpting the sounds for contemporary production, but it draws on Softube’s considerable expertise when it comes to getting something with a more vintage styling.

If you don’t feel comfortable getting into the programming, there is plenty on offer in the shape of presets, with an interface with is both easy and pleasurable to use. Above all, it could be a real go-to for basses if you find yourself struggling to get sounds that really sit in your track, especially in the more electronic domain. 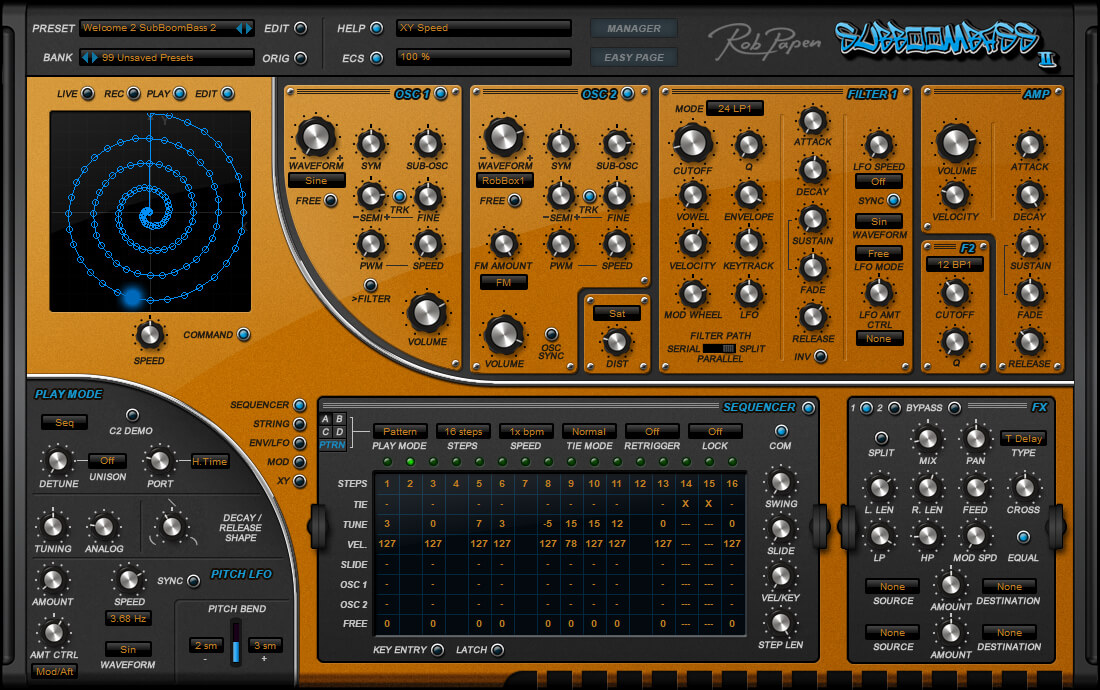 SubBoomBass 2 is a similarly weighty bass synth which lends itself beautifully to commercial production. It’s more synthetic, without the vintage elements found in Monoment, while the interface might not be to everyone’s taste. 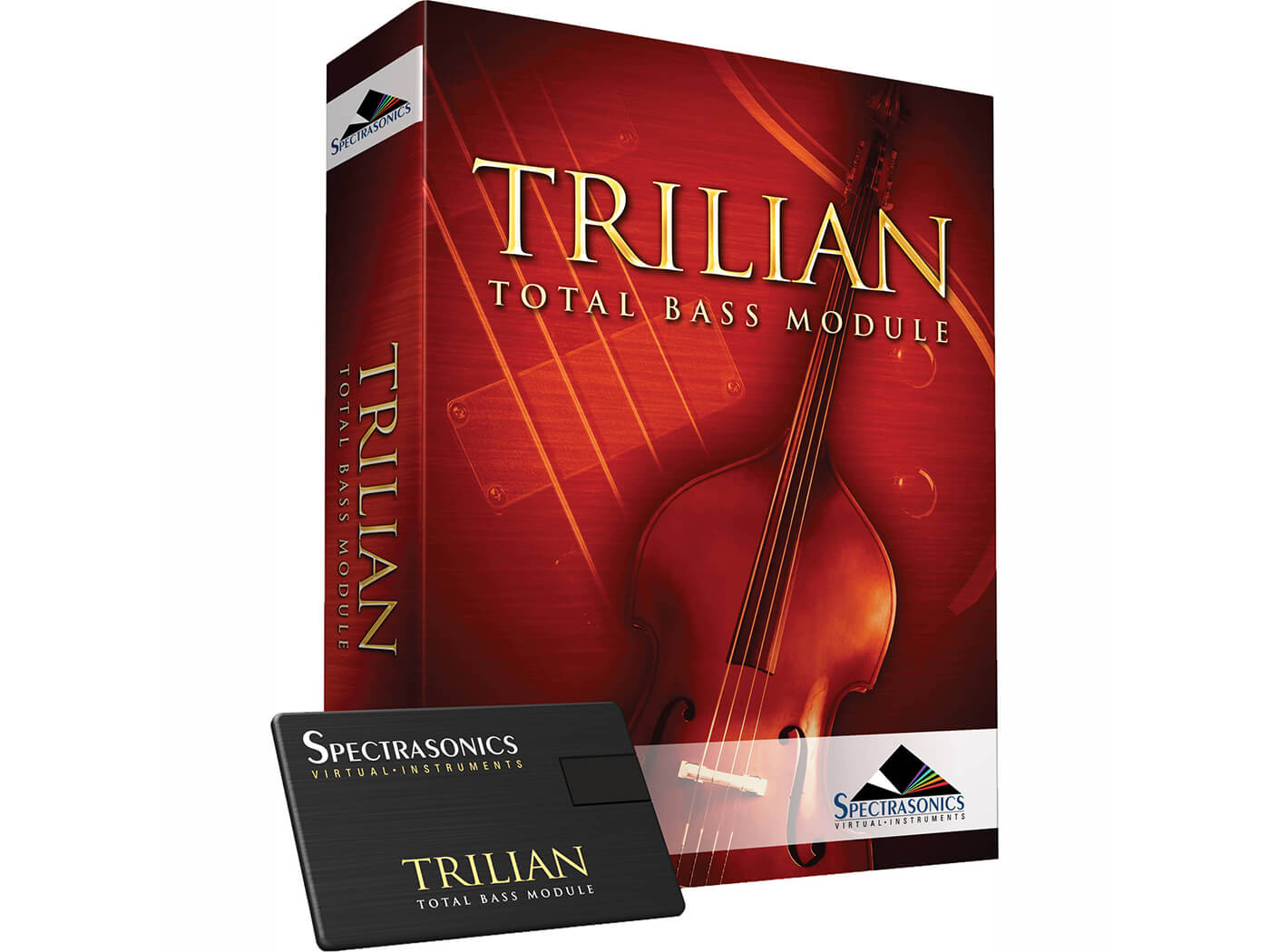 Trillian is the bass synth that does it all, with its very sizeable sample library of acoustic, electric and synthesizer basses. It has everything to cover jazz to EDM, with just about every genre in between, making it a heavyweight for basses.