The infamous Ableton Live OTT preset gets an update, but is Slate Digital’s new version worth the extra cost? 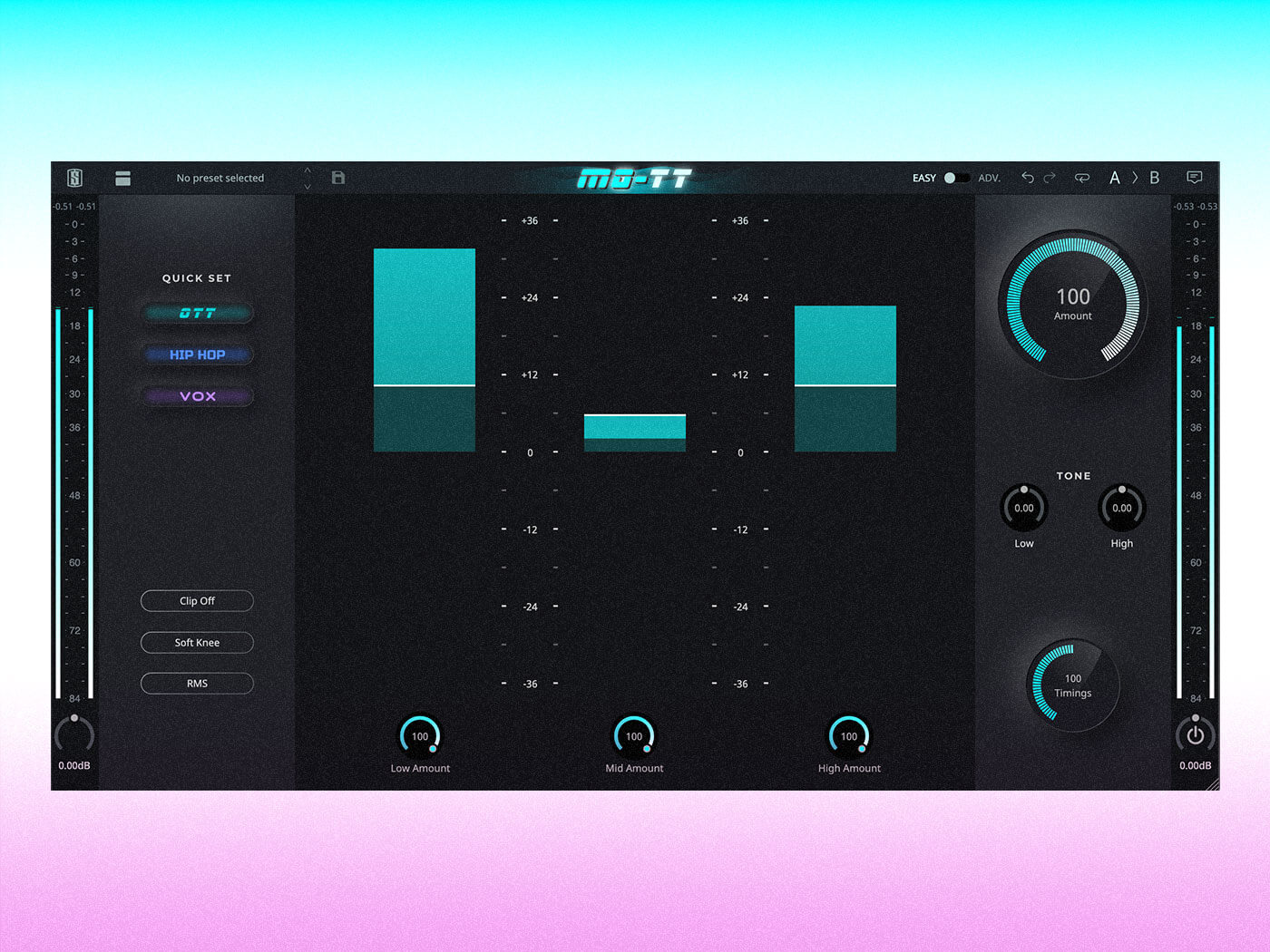 ⊖ No metering for the Clip feature
⊖ Gain compensation a bit tricky


It’s unusual for a stock preset to spawn a whole new sound and principle of processing, but that’s the case with the OTT preset for Ableton Live’s Multiband Dynamics effect. This extreme, “over the top” effect combines heavy-handed downwards and upwards compression across three bands, creating a squashed and intense version of whatever you throw at it.

OTT has been championed by artists in the electronic music world for its sound design potential and the ability to create in your face sounds in an instant, and also used as a more subtle tool for glueing busses and mixes together. It was so popular that Xfer Records created a free plug-in that allowed users outside of Live to get in on the action. Slate Digital has updated this ubiquitous effect with some extra bells and whistles as MO-TT. It may seem fairly pricey, especially if you already use Live’s or Xfer’s OTT, but the extra features make it much more flexible and easy to use.

MO-TT boasts a clean looking, resizable GUI primed for achieving quick results. Upon loading, you’ll see the Easy page, as opposed to the Advanced page that opens things up for finer tweaking. One of the most important dials here is the Amount control, which scales the overall effect by adjusting the input volumes and ratios of each band. You also get separate amount dials for the low, mid and high bands, so you can ease back if a certain area is sounding too heavily processed. There’s no wet/dry knob for parallel processing, but this is because the phase shifts caused by the multiband operation would wreak havoc if used alongside the original signal. 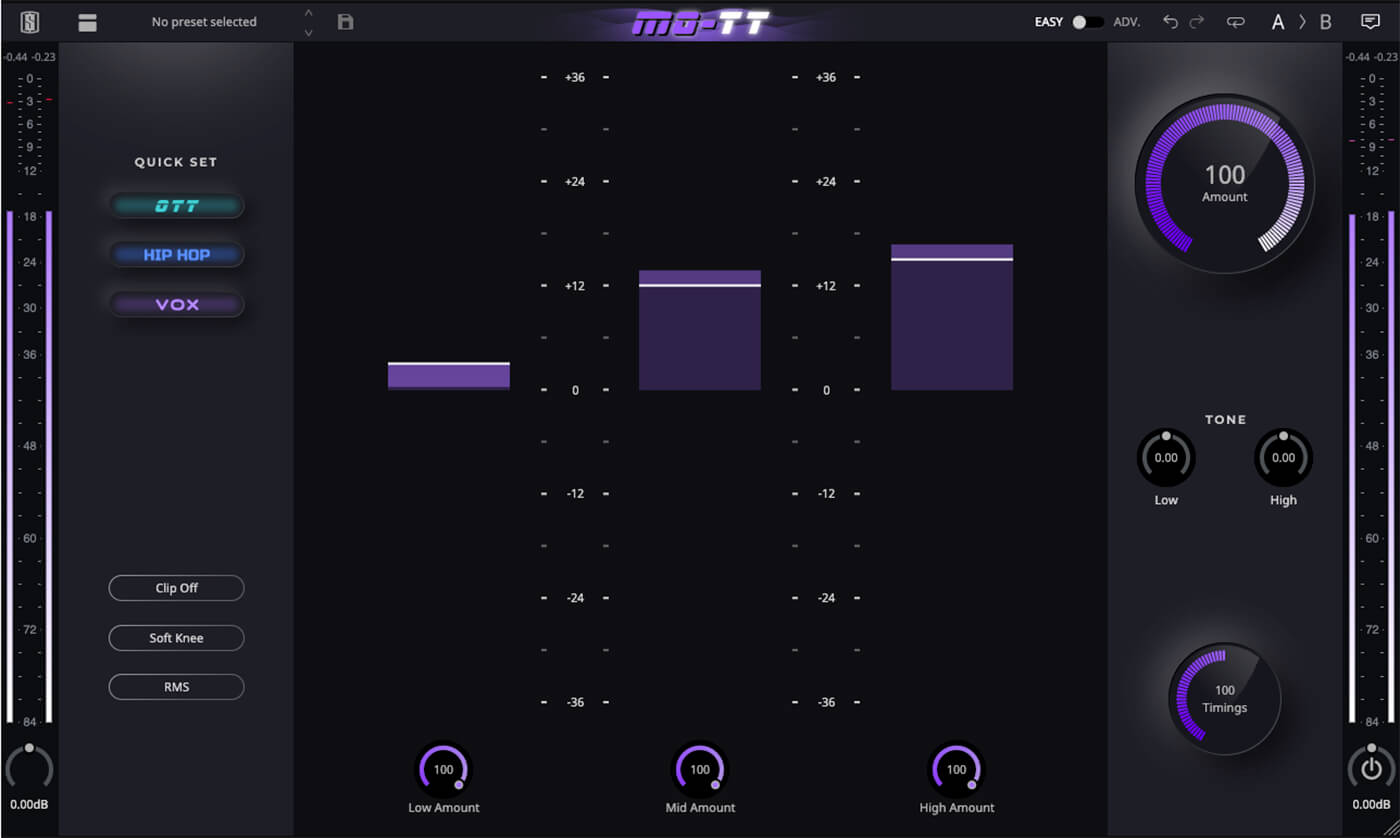 The volumes of each band can be adjusted by dragging the large volume and gain reduction/boost meters in the centre, and a Timings dial gives quick, global control over the attack and release times. Elsewhere, you have input and output meters and dials, new low and high shelving EQs to shape the overall sound, buttons for selecting soft/hard knee and RMS/Peak operation, plus a button to switch on a new hard clipping function. Also included are three quick preset buttons for loading a copy of the original OTT preset, an alternative version called Hip Hop that’s less aggressive and allows more low-end, and one called Vox that focuses on lifting the mids and tops.

You can do a fair amount of tonal shaping with just these controls and the fairly extensive preset list that features specific instrument, vocal and master settings. The plug-in opens on the OTT setting by default, set at 100 per cent. Unsurprisingly, this is a dramatic effect and is mostly unusable except for more extreme sound-design situations. Throw it on an unassuming acoustic drum loop and you’ll get a heavy, rasping beat with long sustains that draw out even the quietest of room sounds. It sounds big and powerful but is generally a bit too much to be usable in a full mix unless you’re going for an over-compressed sound.

Dial back the Amount and you start to get a pleasing balance between the transient punch and big, compressed tails. It’s similar to working with parallel compression but you’re working on the whole signal. It’s especially effective at making synth and bass tracks sound huge and forward in the mix, hence why it’s so favoured by EDM and bass music producers, and the Vox preset does a good job of helping vocals cut through. That said, we tried it on a bunch of material including loops recorded from an analogue synth and had the noise floor boosted to unusable levels, so you have to be especially careful with the top end. 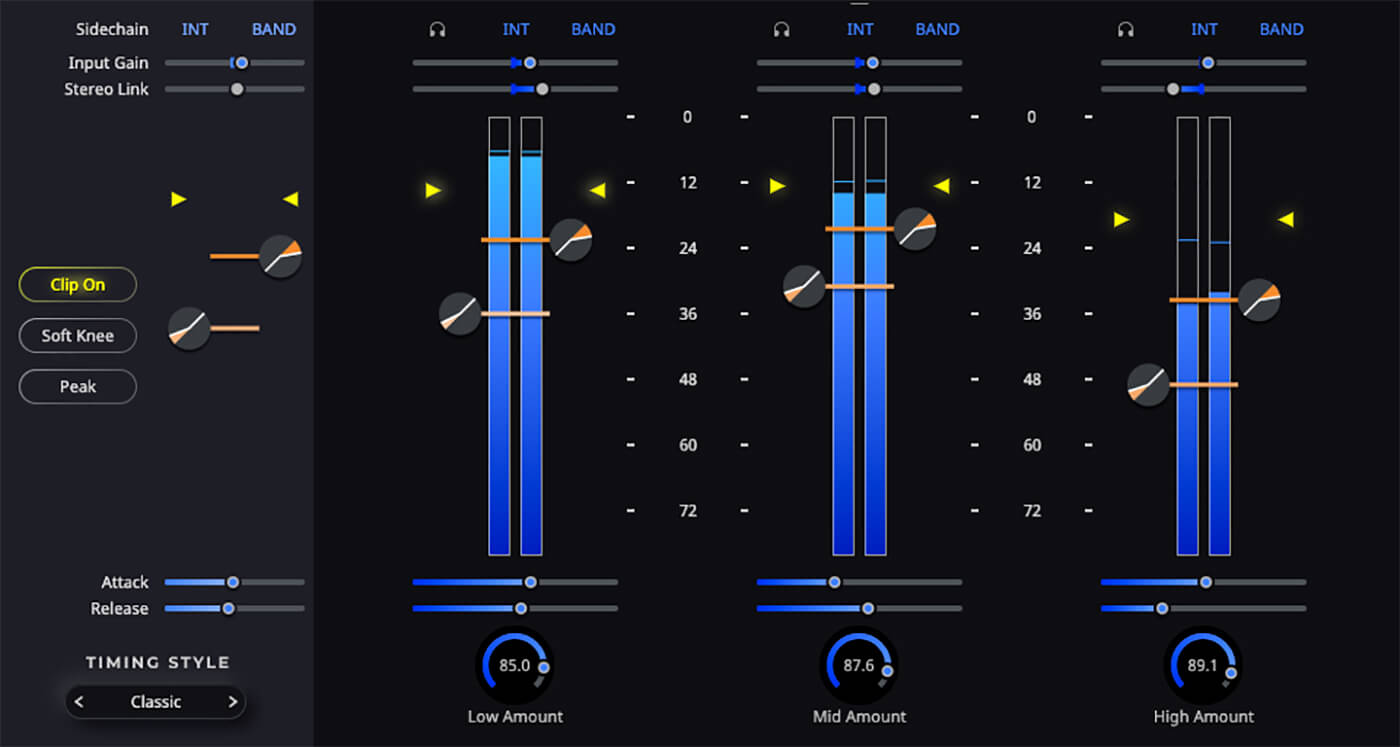 MO-TT really proves its worth on the Advanced page, which offers additional tweaking beyond Live’s Multiband Dynamics effect. Here, you can fine-tune the individual thresholds, ratios, attack and release times, hard clip thresholds, input gain and stereo link for each band. There’s also the option to trigger from an external sidechain, adjust the crossover frequencies and slope, solo or bypass each band, and add a HPF or LPF to remove processing on the extremes. This is especially useful for removing rumbling subs or piercing tops from being brought up in volume.

Another new feature is the Timing Style that lets you control how MO-TT performs with regards to transients. Classic mode copies the original OTT and is good for most uses, Smooth is brilliant for vocals or any sound where you want prominence but with less transients, and Smack adds some additional percussive punch. To wrap things up, you also get Global Macro Controls at the side that let you make quick adjustments to all bands together whilst keeping the relationships between them intact. 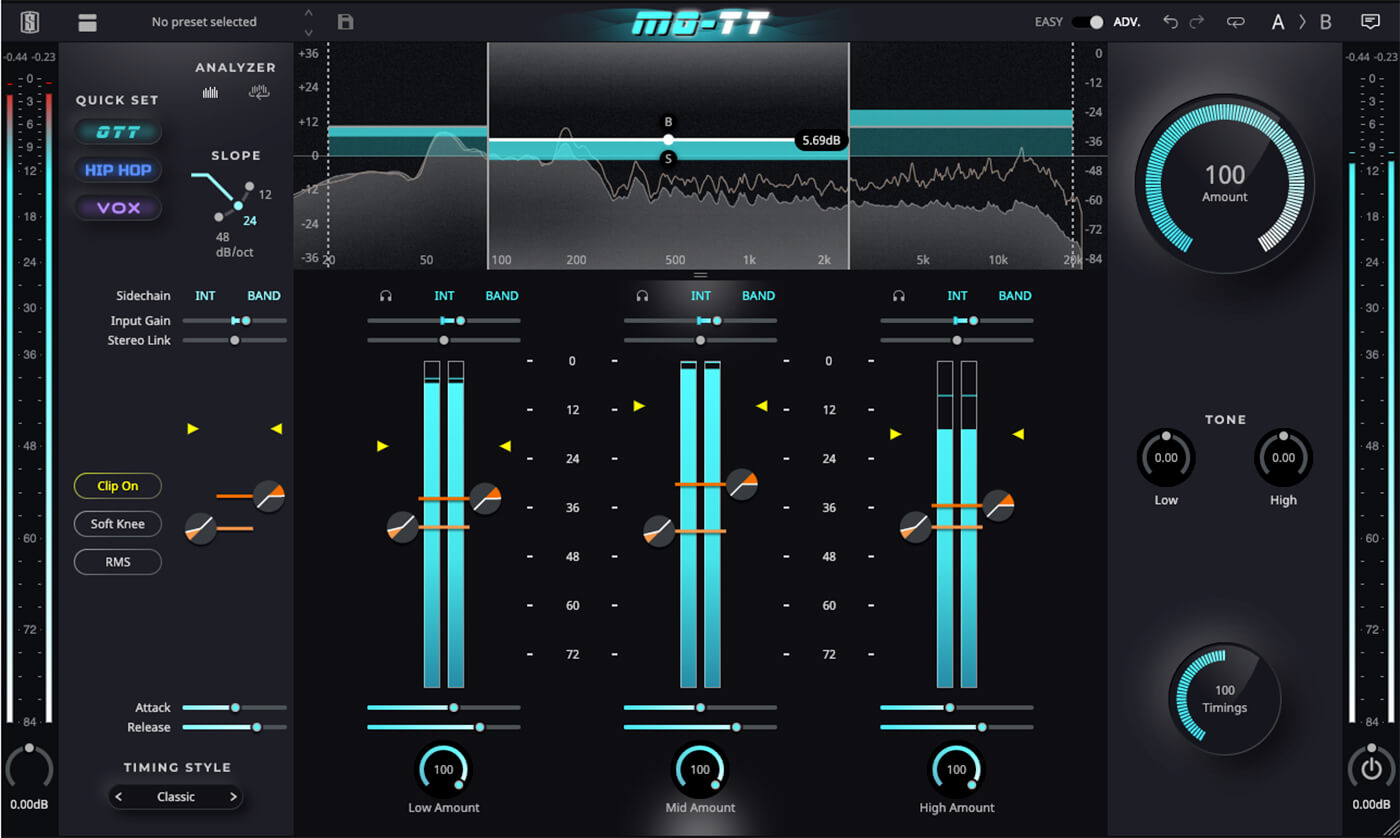 With these additional controls, we’re able to really dig down into what’s happening and make fine adjustments. If the effect on a particular part of the spectrum is sounding too extreme, then you can tame it to where you want it with much more precision than the Live and free versions of OTT allow. This is where MO-TT becomes a more expressive mix tool beyond its EDM origins, and makes it useful for a wider range of genres and mixing tasks. We’d like some kind of metering for the clipping, and an easier way to do gain compensation such as an auto gain feature.

Although the extra functionality is great, if you have Ableton’s Multiband Processor, then you can achieve most of what’s on offer here. But if OTT is an effect that you use a lot on multiple tracks in a project, then there’s no denying that this version will let you get more precise results, with a quicker and cleaner workflow, and it far exceeds what’s possible with the Xfer’s free version.

At a time when streaming standards are finally bringing some dynamics back to music, then MO-TT is arguably a potentially dangerous tool that could lead to over-compressed mixes. However, the new controls and functions allow for more finessing of the sound, which means that with a little patience and restraint, it can also be used for more subtle mix and dynamics enhancement.