The Lexicon 480L is one of the most iconic pieces of studio hardware – can this emulation dethrone reverb royalty? 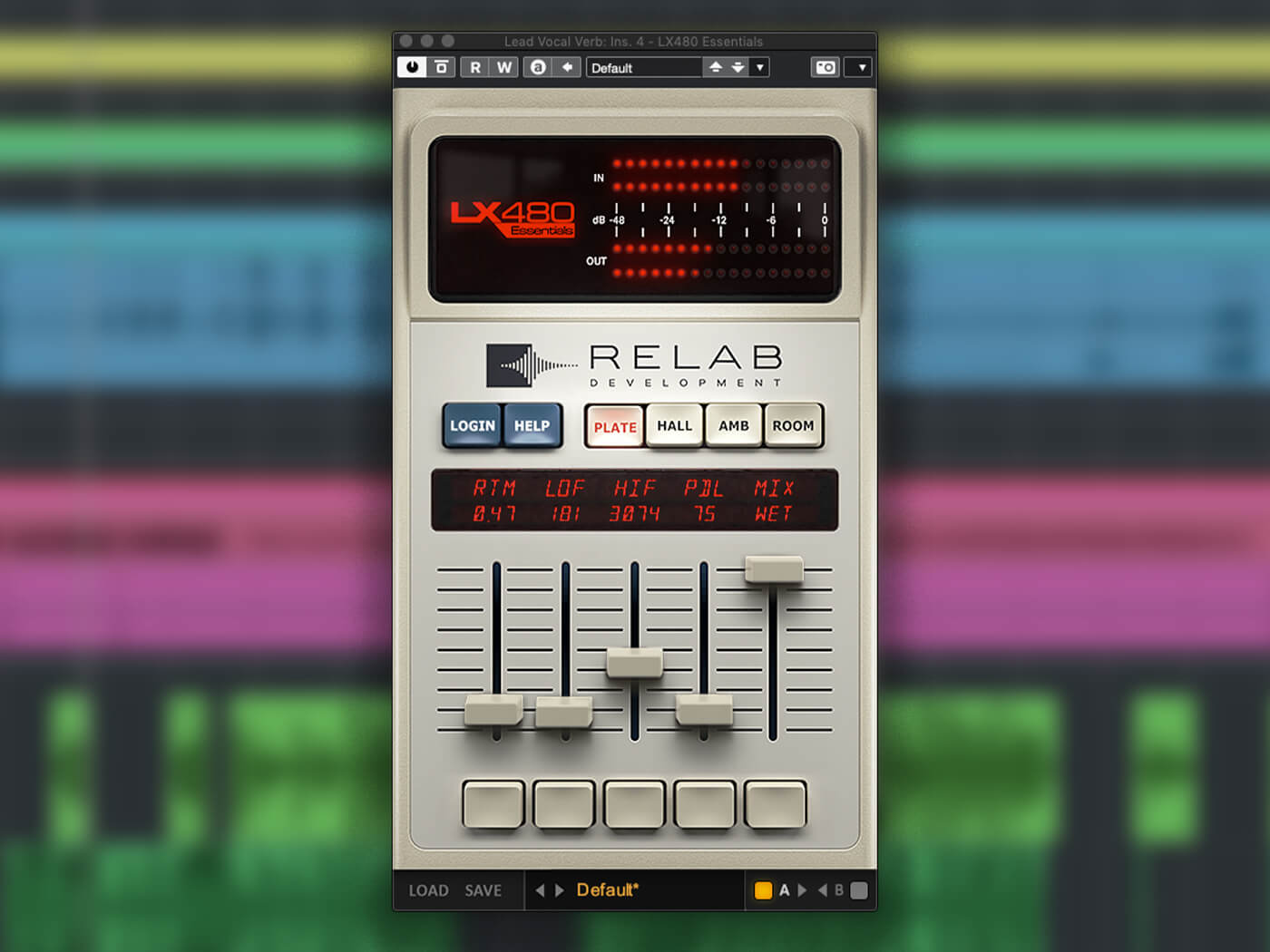 Relab’s effort to model a 80s classic has resulted in a pair of reverb plug-ins that sound sublime, but the quality and flexibility of LX480 Complete comes at a premium.

Creating reverb in pre-digital times was a bit of a palaver: You could use an actual acoustic space with the desired acoustic properties – a hall, room, chamber or whatever – or you could use one of only two bulky analogue alternatives, namely plate or spring reverb. It’s little surprise, then, that one of the first digital audio devices to become widely used in studios was the digital reverb generator. Lexicon quickly became a big player in this field, helped in no small part by the 1988 release of their groundbreaking 480L. This flexible, gorgeous-sounding effects unit set a standard that many still view as a pinnacle of perfection, so much so that you’ll find many modern plug-ins that seek to model and emulate Lexicon’s original algorithms. The latest to try their hand is Relab Development with their LX480 plug-in reverb for AAX, AU and VST hosts.

LX480 comes in two flavours: Essentials and Complete. Visually, both are highly redolent of the original hardware’s remote control panel, from the red-lit screen at the top, through the bank of buttons, and down to the parameter control sliders that dominate the bottom half of the panel. With the Essentials edition, the screen shows input and output levels in keeping with the original hardware. However, the Complete edition provides detailed visualisations of various aspects of the currently loaded patch – reverb shape, early reflections, and so on – and you can interact with these to adjust some of the reverb parameters.

As with the original 480L, LX480’s approach to reverb editing is pleasingly hands-on, performed using the control sliders. In the Essentials edition, these are hard-wired to specific parameters (see below). The Complete edition has many more parameters to manage, so it has buttons for calling up the parameter banks. In both versions, the information bar running above the sliders shows the current parameter and value for each slider, while the buttons underneath the sliders function as undo/redo buttons. A nice extra touch in the Complete edition is the ability to change the screen and info bar’s colour and load different skins – we particularly liked the scratched, coffee-stained look of the “Dirty” skin. 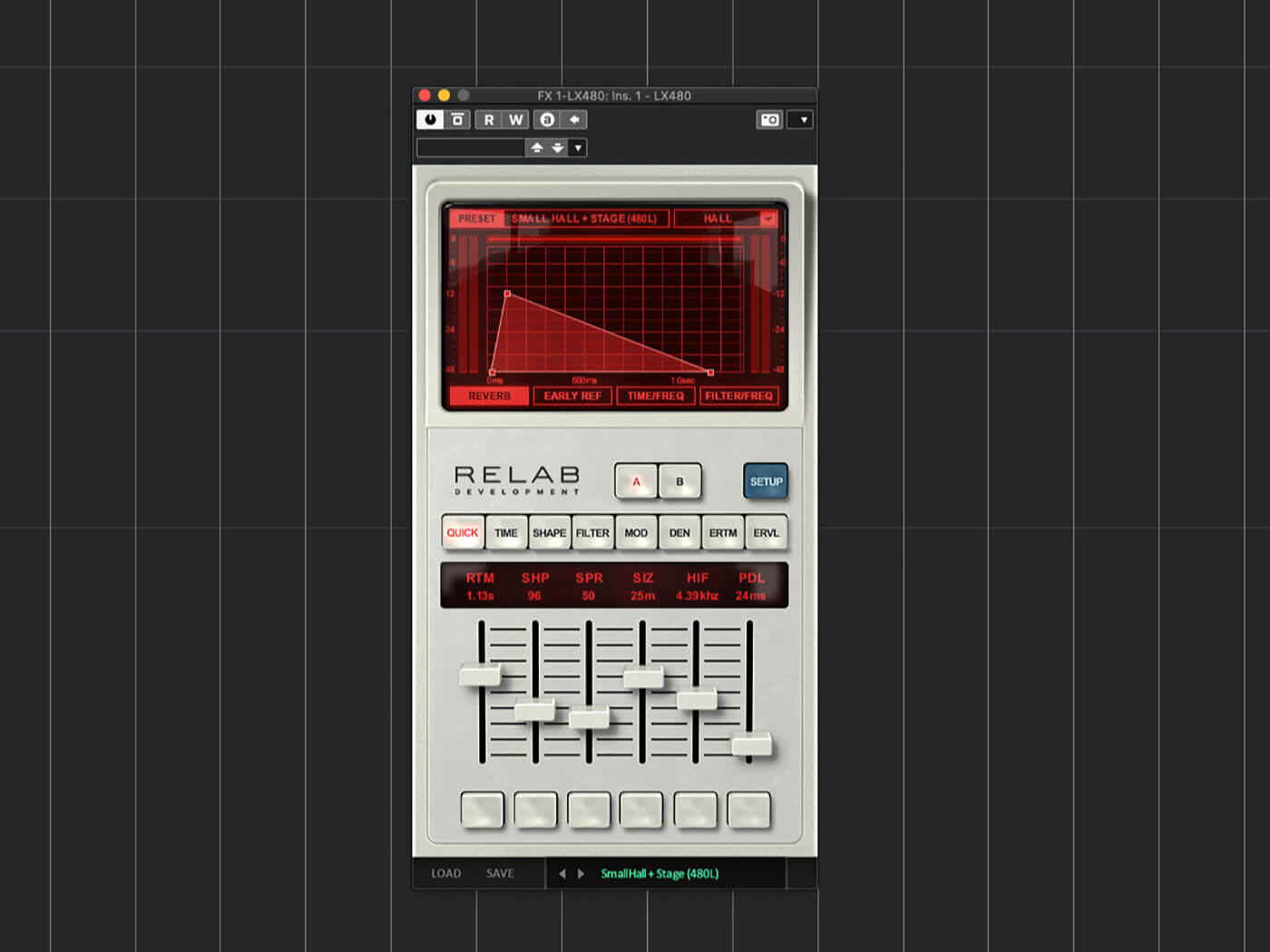 Although visually similar, there are numerous differences between LX480’s Complete and Essentials editions, so we’ll first look at the full bells-and-whistles of Complete. LX480 Complete’s algorithms are tweaked, producing more early reflection delay lines and a greater reverb density than the original 480L. The filter section is also more advanced than that found on the original hardware, allowing more detailed sculpting of the reverb.

LX480 Complete can stretch to more than just reverb, with simple delay and modulation stages available to add more interest and movement to proceedings. But perhaps Complete’s best trick is that it contains two processing engines and four different routing configurations for those engines, making possible some wonderfully deep and complex spatial effects.

Relab’s additions mean that LX480 Complete isn’t a direct like-for-like emulation of the 480L, simply because it offers more. However, it can still turn in an exceptional emulation of Lexicon’s masterpiece. It includes a set of presets taken from that original hardware, and you’d need some seriously good monitoring (not to mention good ears) to discern a difference between the two. But the second engine adds a layer of sumptuousness that lifts LX480 way above the hardware that inspired it. You’d probably still want an original 480L if you could afford it, but you’d be reaching for LX480 far more often. The only downside is that the second engine cannot be disabled, and so it always adds its weight to LX480’s system overhead, even when unused. 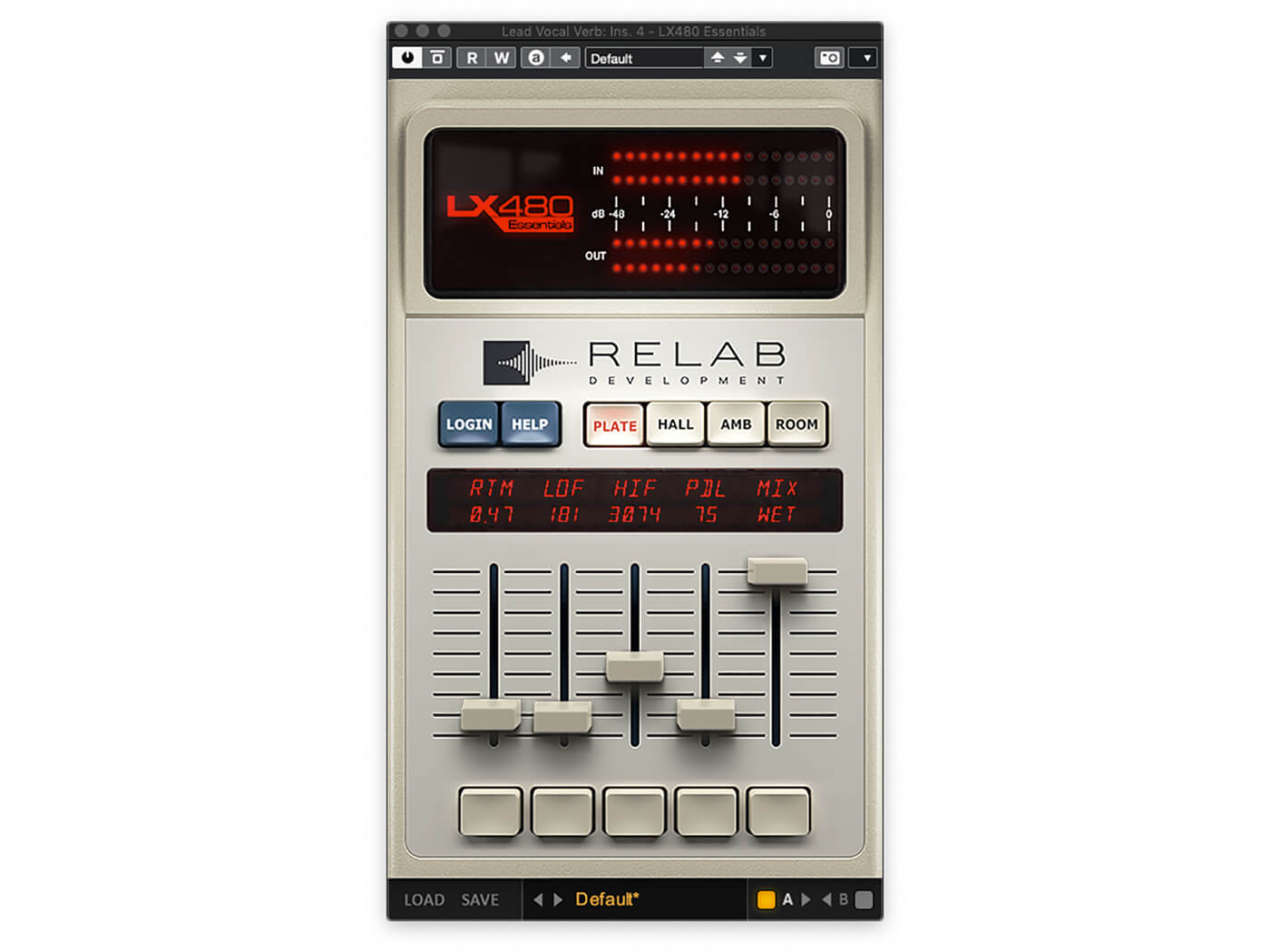 LX480 Essentials is more lightweight than Complete, and is quicker and simpler to use, and easier on your computer’s CPU. The plug-in is purely a reverb generator, with no delay line or modulation options, and only sports a single engine. This provides a choice of four reverb algorithms modelled on the four most popular 480L algorithms: Plate, Hall, Ambience and Room.

These algorithms produce wonderfully dense and detailed washes of reverb, just like the original Lexicon ones, but the amount of modification on offer is quite limited. The five control sliders always adjust the same parameters – reverb time, low cut, high cut, pre-delay and wet/dry balance – and this is irrespective of the selected algorithm. These are undoubtedly the most essential parameters for modifying a reverb’s character, and they allow you to dial in a reasonable amount of variation. However, we often found ourselves wishing for the far greater scope of control offered by the Complete edition. Even so, LX480 Essentials will not disappoint sonically – it sounds fabulous!

With a current promotional price tag of just $35, LX480 Essentials is a steal. But its regular price of $99 places it alongside reverb plug-ins that allow much greater control over the sound. Similarly, at $350, LX480 Complete weighs in at the upper end of the reverb plugin market, where it’s up against competing products that are much more feature-rich.

What you’re paying for with LX480, then, is quality, and you certainly get what you pay for. Relab has created a pair of reverb plug-ins that are achingly rich and minutely detailed. Not only do they hold their own against one of the greatest reverb processors ever made, they easily rank among the best sounding reverbs we’ve ever heard.