With the ability to share tracks in progress, collate feedback and compare mix versions in your DAW and browser, could this be the perfect asynchronous remote collaboration tool? 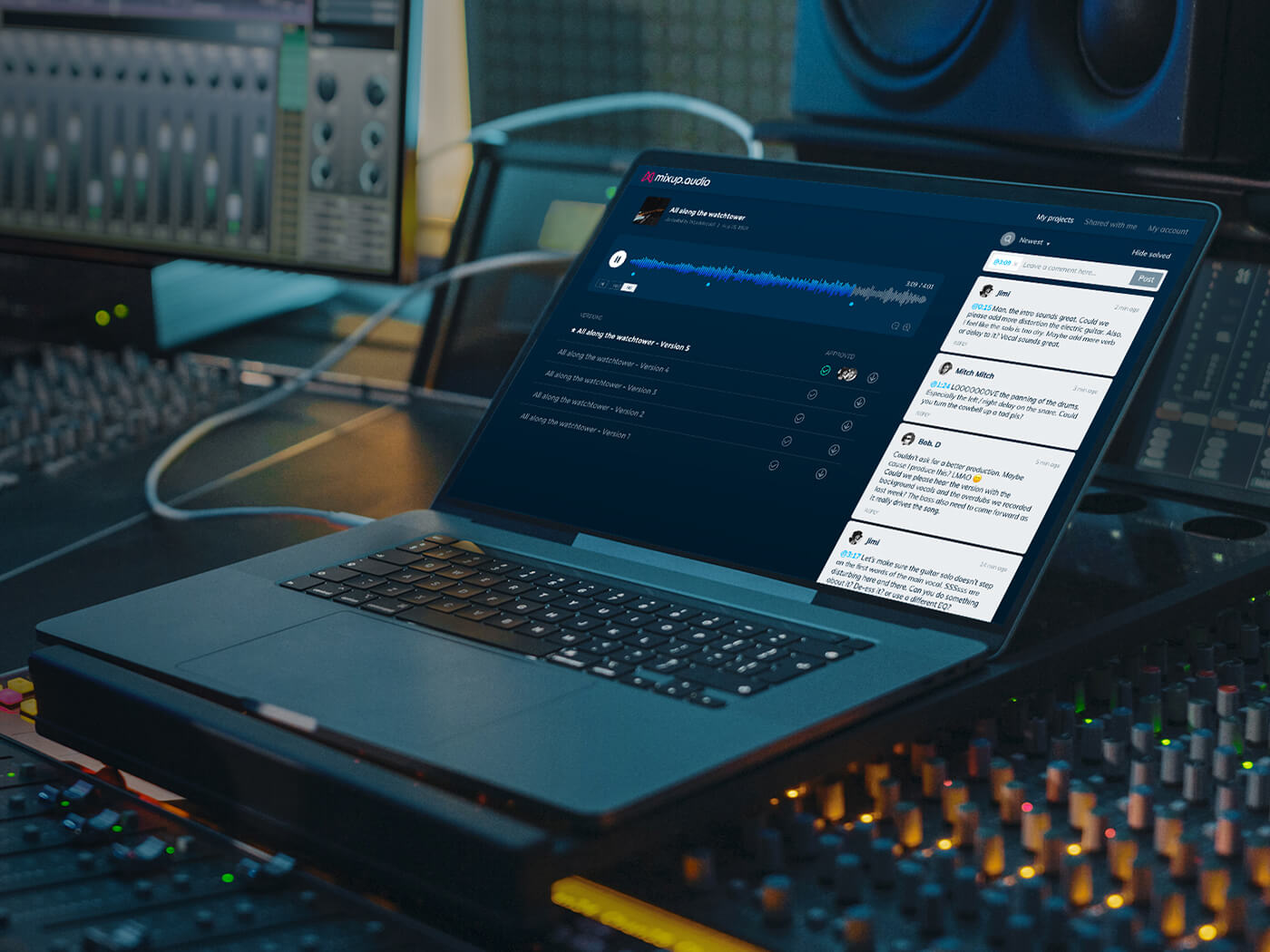 ⊖ No versioning of Playlists
⊖ Removing Tracks from Playlists is awkward

This file sharing and collaboration solution designed for studios, producers and artists is an effective, fuss-free way to engage with collaborators and clients.

Cloud-based collaboration tools such as Google Drive and Dropbox are invaluable in everyday life. Still, most are designed for business, meaning they lack many features that music-makers need. So the people at mixing tutorial site puremix.com have come up with a new collaboration tool for sharing tracks, getting feedback and comparing mixes called mixup.audio, aimed squarely at recording studios, producers and artists.

Mixup.audio exists in a couple of forms. The first is a web-based service where you can upload tracks for clients to listen to and add time-stamped comments. The second – aimed more at collaborators – is a multi-format plug-in for adding timed comments and comparing track versions within your DAW.

Mixup.audio allows you to organise your content into Tracks and Playlists, with folders also included to help with arranging things. Tracks are intended to represent a single song, but can also be used for stems or multitracks. You can upload multiple versions of a Track, and you can quickly switch between these versions while listening to the track, which is a convenient way of comparing different mixes. 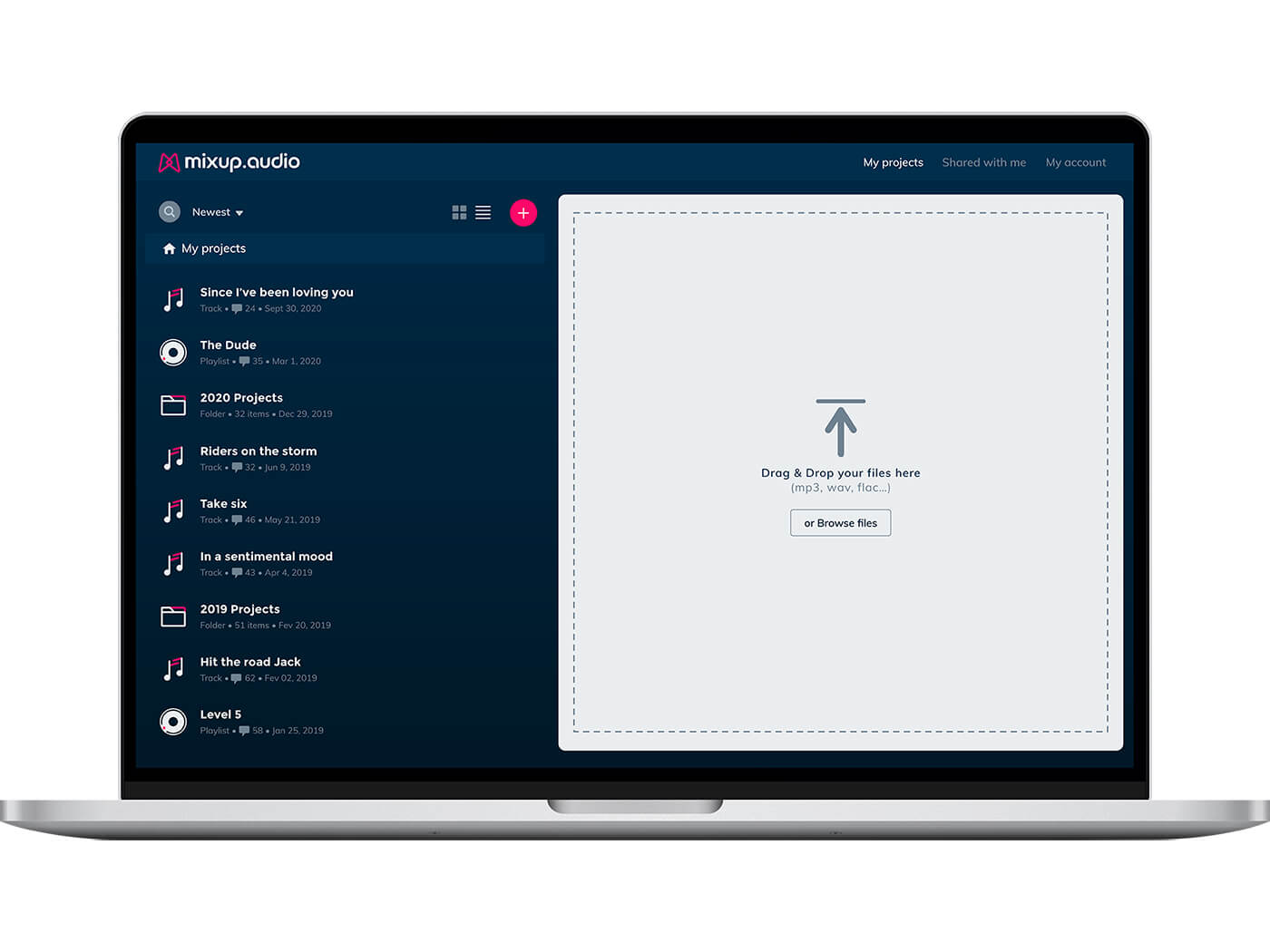 Playlists are collections of recordings – albums, if you prefer – and can be constructed from a mixture of mixup.audio Tracks, new recordings that you upload from your computer/mobile device, or audio files transferred from your Dropbox account.

Within a Playlist, Tracks can have multiple versions, and you can easily switch between these to see which works best in context. This might be useful if you have an extended album version or a single version that’s mastered louder. Unfortunately, there is no Playlist versioning, which feels like an oversight, and there’s no built-in way to move a Track out of a Playlist short of deleting it from the platform altogether.

Mixup.audio includes a commenting system that allows those invited to a Track or Playlist to post comments and feedback about it. What’s cool here is that the comments are time-stamped to the Track, so there’s no ambiguity about what a comment refers to.

Tracks and Playlists can also take advantage of an optional level-matching tool, which automatically matches the loudness of each version of a Track, or the Tracks in a Playlist. The platform targets a loudness of -15.3LU by default, but you can dial in your own target loudness, too. This is ideal for checking mixes before and after mastering, for example.

The plug-in implementation is perhaps the most exciting part of mixup.audio. This provides all of the same features as the web version inside your DAW, and streams the remote audio through your DAW’s audio system. The best feature of the plug-in is that it syncs local and remote transport controls so you can instantly switch between the two versions, comparing your current mix in your DAW with one that’s already been uploaded.

There are three pricing options for mixup.audio: Access, Pro and Studio. The first of these is free and provides all of the basic functionality of the platform. It also allows you to create an unlimited number of Tracks and Playlists, but these are only stored for 30 days, a limitation that’s removed in the Pro tier. Pro also adds a download manager and password protection of your Tracks and Playlists – vital if you’re working with more prominent artists. The complete feature set, which includes rebranding of client-facing pages and an approval chain feature, are included in the Studio tier.

Puremix has done an admirable job of creating a file-sharing platform that’s perfectly suited to the needs of musicians, producers and studios. It doesn’t support remote recording – that’s not what it’s about – but it is a slick way to engage with collaborators and clients nonetheless. There’s room for improvement here and there, especially around Playlists, but mixup.audio is an effective, fuss-free system that’s well worth checking out. Considering there’s a free tier, trying it is a no-brainer. 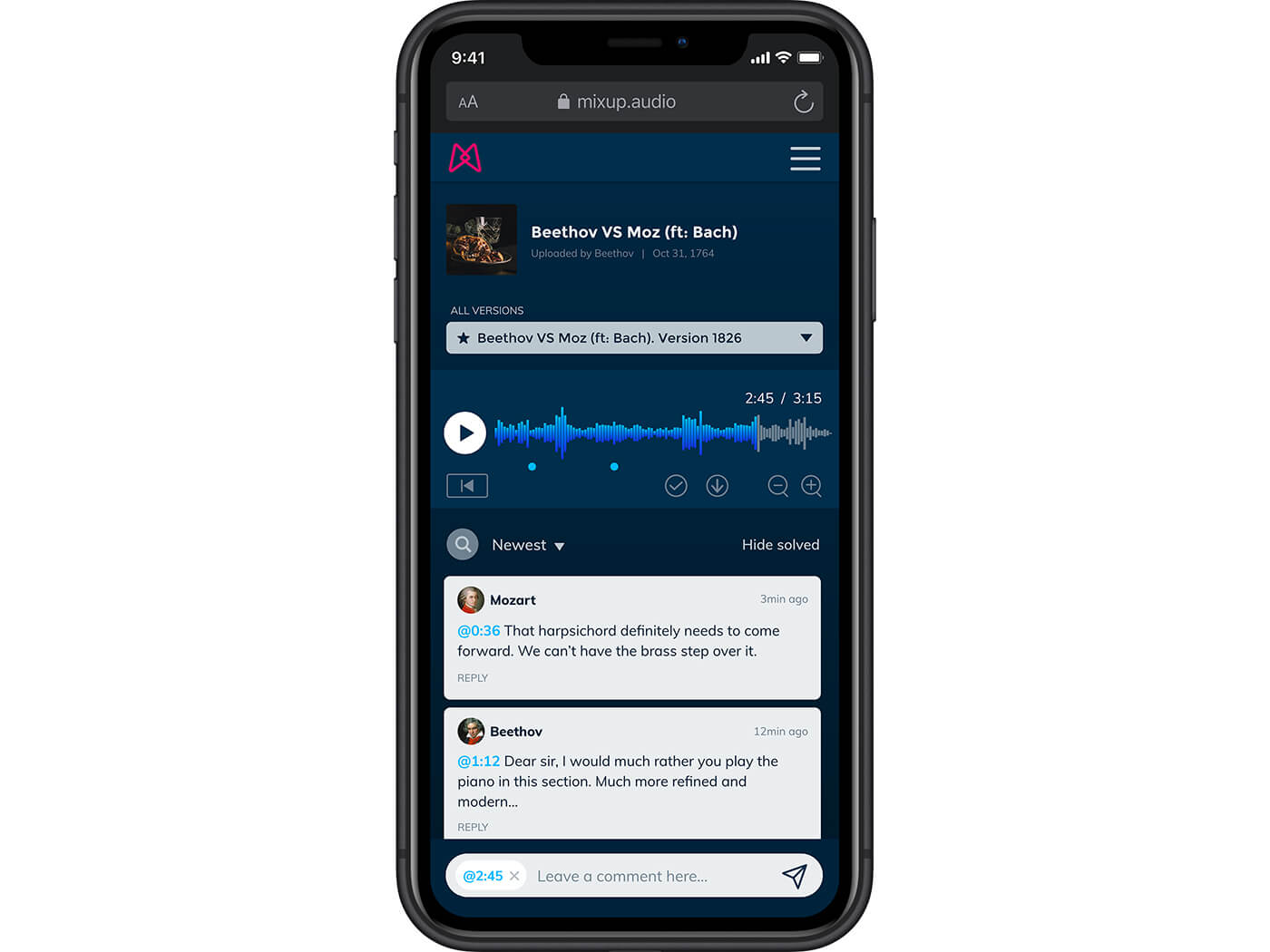