With budgets strained and desktop real estate so precious, building your own modular channel strip can seem like an insurmountable issue. InfiniStrip is set to solve virtually all your problems. 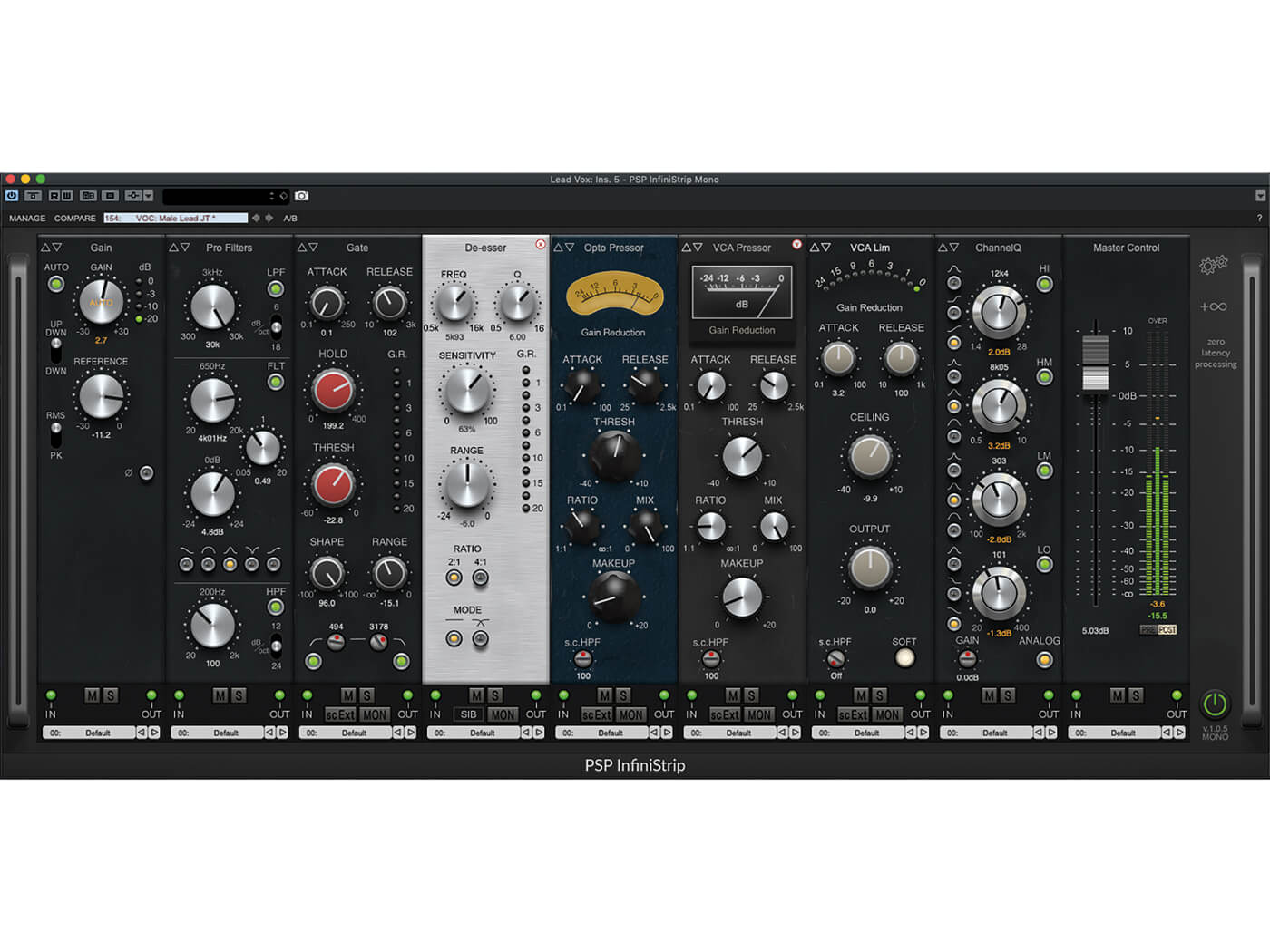 Channel-strip plug-ins are often modelled on the circuitry of classic high-end mixing consoles, and aim to give you all the quality of the real thing without the debilitating cost to your desktop real estate and bank balance. They can help inject an additional level of character into your recordings but, by locking you into a specific set of processors and routing, they can prove more limiting than simply using individual processors stacked in your DAW’s insert slots. Warsaw’s PSP Audioware is hoping to solve all these problems and more with InfiniStrip, a flexible new channel-strip plug-in that comes at things a little differently.

InfiniStrip apes the look and feel of modular racks such as SSL’s X-Rack system and provides nine virtual slots into which vertically mounted processing modules can be loaded. Seven of these slots are dedicated to particular types of processing – preamp, filters, gates and so on. The remaining pair, referred to as inserts, can host any of the available processor modules irrespective of the processor type.

All the modules can be moved within the rack to reorder the processing chain, and each slot has its own dedicated preset-management tools. The overall rack setup can also be stored and recalled. PSP has provided multiple processors of each type, which allows you to build custom channel strips by mixing and matching processors with different characteristics. 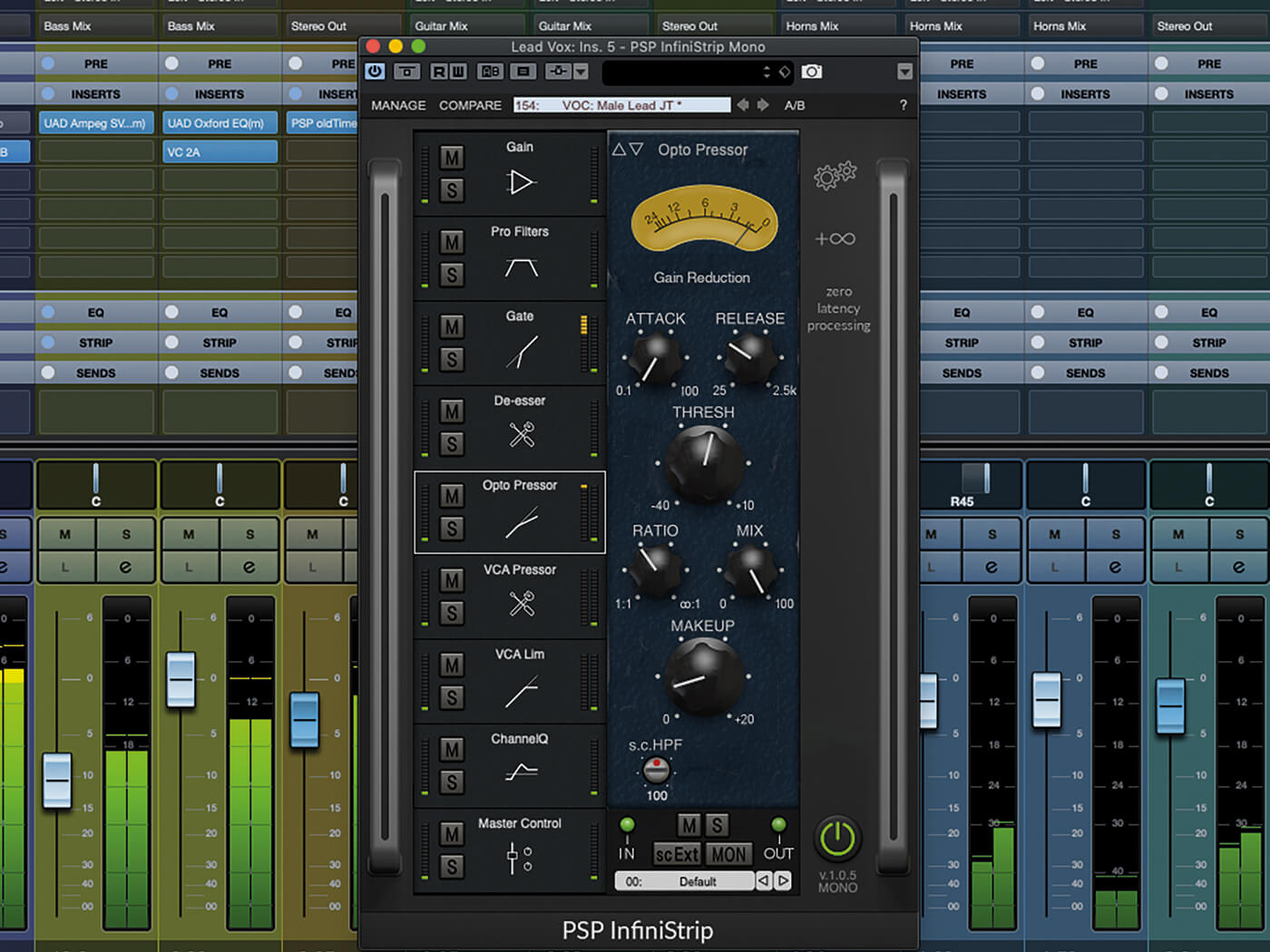 Typically, the first module you’d use would be a preamp module. The most basic option on offer provides a clean and uncoloured signal path, and does little more than control the input level to the rest of InfiniStrip. What it does have, though, is an auto-gain adjustment (AGA) feature that, when enabled, allows you to dial in a reference threshold that sees the gain reduced whenever the input signal exceeds it. The idea here is that, as you rehearse and run through parts, InfiniStrip will find your ideal gain level automatically, ready for when you record an actual take.

The remaining preamp modules build on this basic one by adding emulations of circuitry from the 1960s, 1970s and 1980s, loosely based on early valve preamps, solid-state preamps, and transformerless preamps, respectively. A fifth and final preamp module emulates an early 1990s 12-bit A/D converter, and works particularly well on drums and other sources with loud transients. All these emulated preamps have controls for drive and noise that allow you to dial in your desired intensity of the circuit emulation.

If we’re following the signal flow of a mixing console, your next module would be a filter processor. Basic Filters is the simplest of these, providing high- and low-pass filters with slopes switchable between 6dB, 12dB and 18dB per octave. The Pro Filters processor adds a parametric mid band on top of this, and there’s also a SideChain Filter module that’s the same as the Pro Filter but operates on InfiniStrip’s external sidechain input bus.

The EQ module offers three options, all of the 4-band variety. RetroQ is the most basic, with high and low shelving bands and two sweepable mid bands with switchable Q curves. ChannelQ is similar – albeit with a crisper, more modern sound – but adds parametric options to the high and low bands. All four bands of the PreQursor module are parametric, with fully adjustable Q and no shelving options. 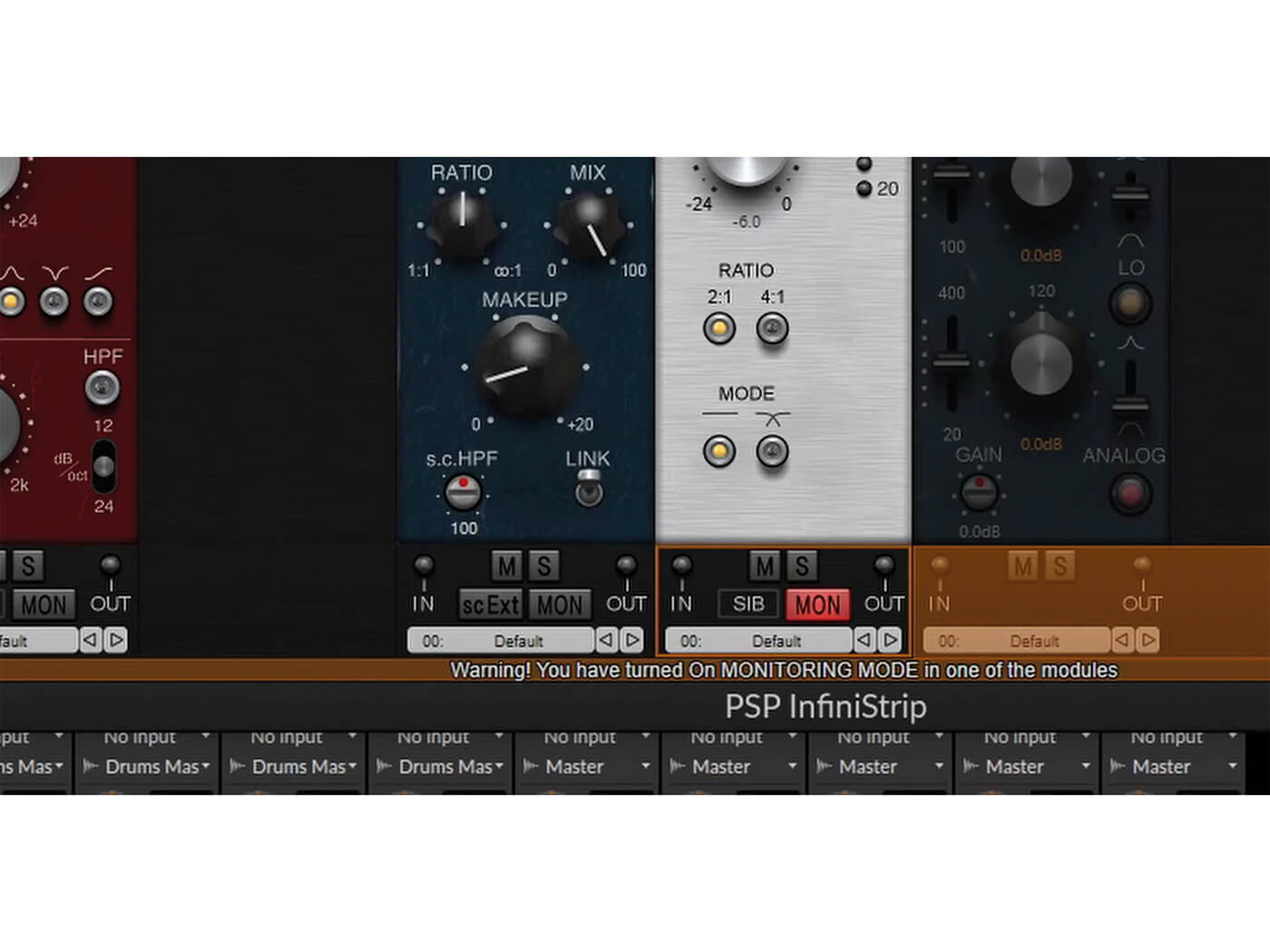 Dynamics processing duties are split across three modules. Each of these has its own internal sidechain with dedicated high- and low-pass filters and can be switched to key from the plug-in’s external sidechain input.

The gate module offers a choice of three processors: Gate, Expander and Ducker. The first is a particularly good example of its ilk, making it easy to hone in on the right settings. The expander works well too but the ducker feels unnecessary given that you can pull off the same trick with a compressor.

The compressor module itself offers Opto, FET and VCA compressor models and caters to a wide range of source material. Not only that but, by loading compressor processors into one or both of the insert modules and positioning these directly after the dedicated compressor module, you can create great-sounding multi-stage compression chains.

What’s slightly odd is that all three compressor processors share the same set of parameters, despite their different GUI artwork. The compressors sound different and respond differently to one another but, when working with them, they don’t necessarily feel like the sort of compressors they’re meant to emulate. For example, an opto-compressor would not typically have separate controls for threshold and ratio but InfiniStrip’s opto does.

The final dynamics module is dedicated to hosting limiter processors, of which there are two: Opto and VCA. As with the compressor processors, these limiters give different results but share the same suite of parameters rather than more closely aping typical analogue examples.

The last of the dedicated modules is named Control, and has a single processor available to it: Master Control. This adds an output-level fader, simultaneous peak and RMS LED-style level metering of either the input or output signal, and balance and width controls (when using a stereo instance of the plug-in).

With the processors that can be loaded into each of its dedicated slots locked down, InfiniStrip would be limiting if not for the inclusion of its two insert modules, which open up a lot of scope for honing your sounds. The inserts also feature a pair of fine processors that can’t be used elsewhere, a de-esser and a de-hummer.

With its full window on show and all slots visible irrespective of whether they are in use, InfiniStrip takes up a serious slab of your screen real estate. To mitigate this, there are two other view modes that are more compact, one that hides any unused modules and another that shows only one module at a time. Whichever view you use, InfiniStrip looks superb and is easy to work with. It yields fantastic results too and, with so many options and processors on offer, can be configured to provide the perfect input conditioning or mix processing for any sound source you care to throw its way. 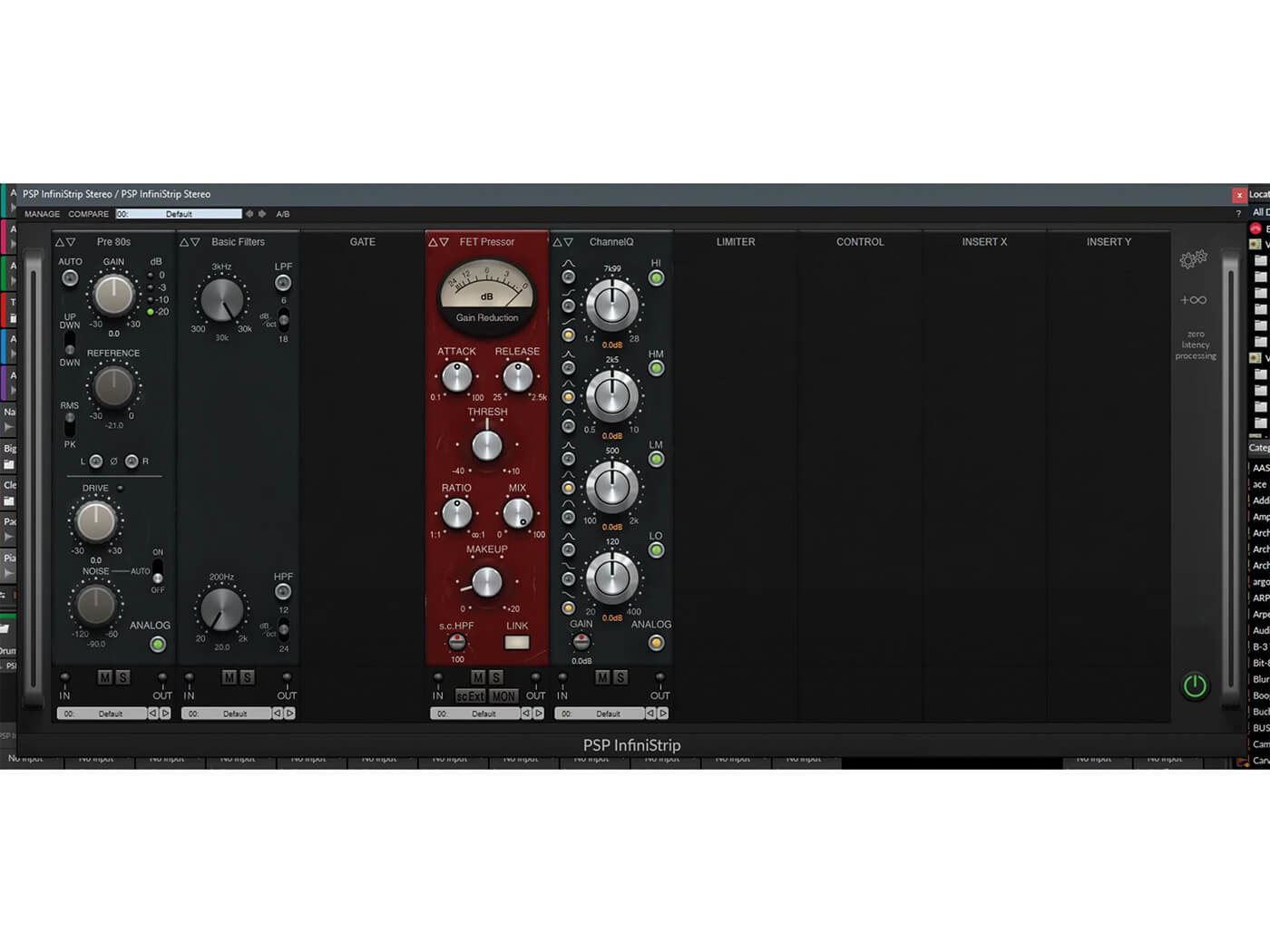 If you record or mix any live instruments or acoustic signal, channel strips should be an integral part of your recording process. If you can afford high-quality analogue hardware, this is still your best bet, as it’s likely to provide the greatest results. Plug-ins, however, have the advantage of affordability, especially given that one plug-in can be applied to multiple tracks. InfiniStrip’s USP is its versatility.

You can configure the plug-in so that it sounds like a particular flavour of vintage or classic hardware and, for example, combine a 1960s-style preamp with an 1980s-sounding compressor and a modern EQ. InfiniStrip also features PSP’s zero-latency processing, which means it’s as happy in live-mixing situations as it is in the studio. In short, InfiniStrip may be the only channel strip you ever need. 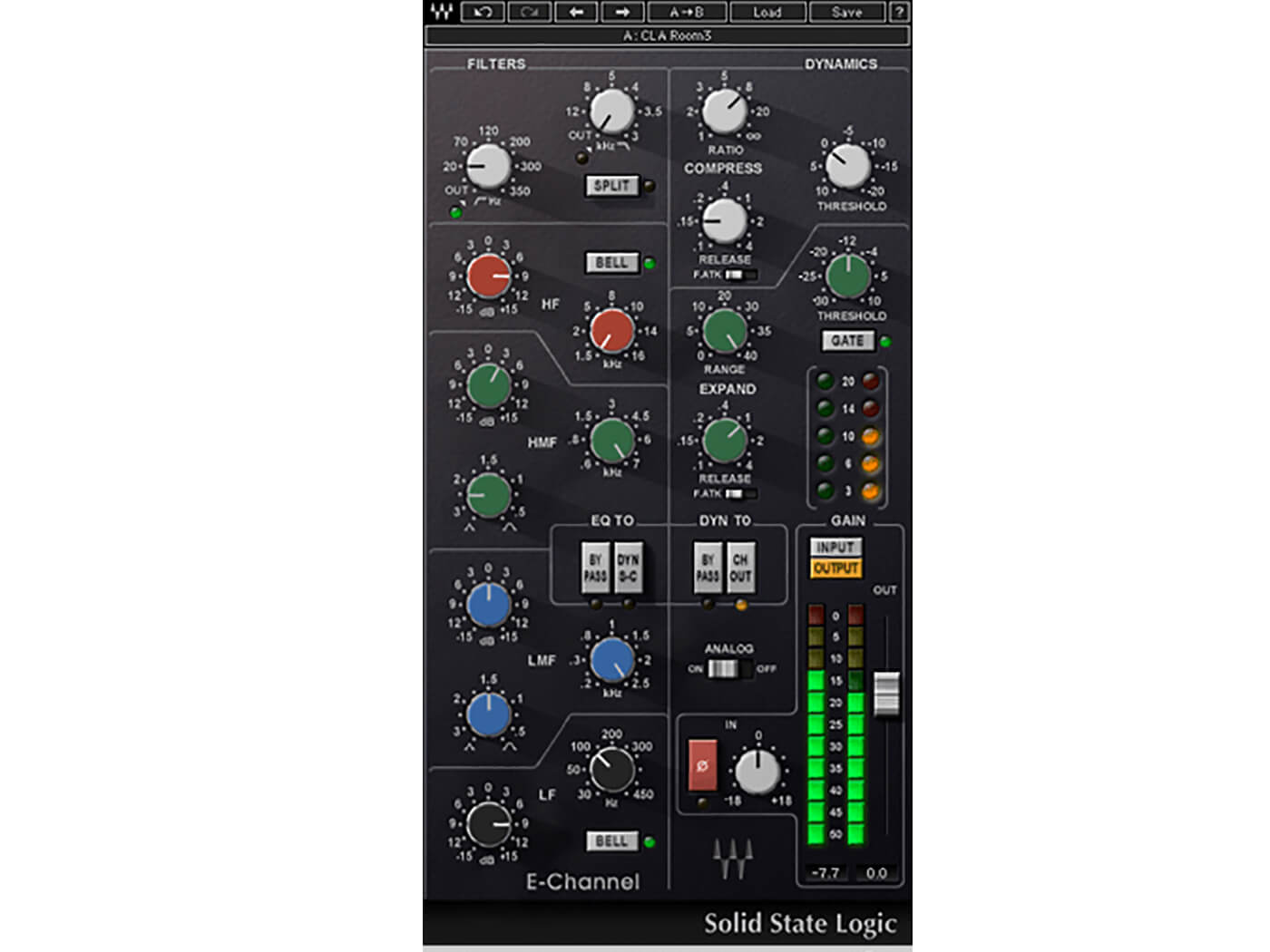 SSL’s 4000E-series mixing consoles first landed in 1979 and went on to define the way music sounded for at least the next decade. Waves’ SSL E-Channel plug-in is a licensed emulation of the 4000E’s input circuitry and faithfully models the hardware’s preamp, filter, EQ and dynamics processing. 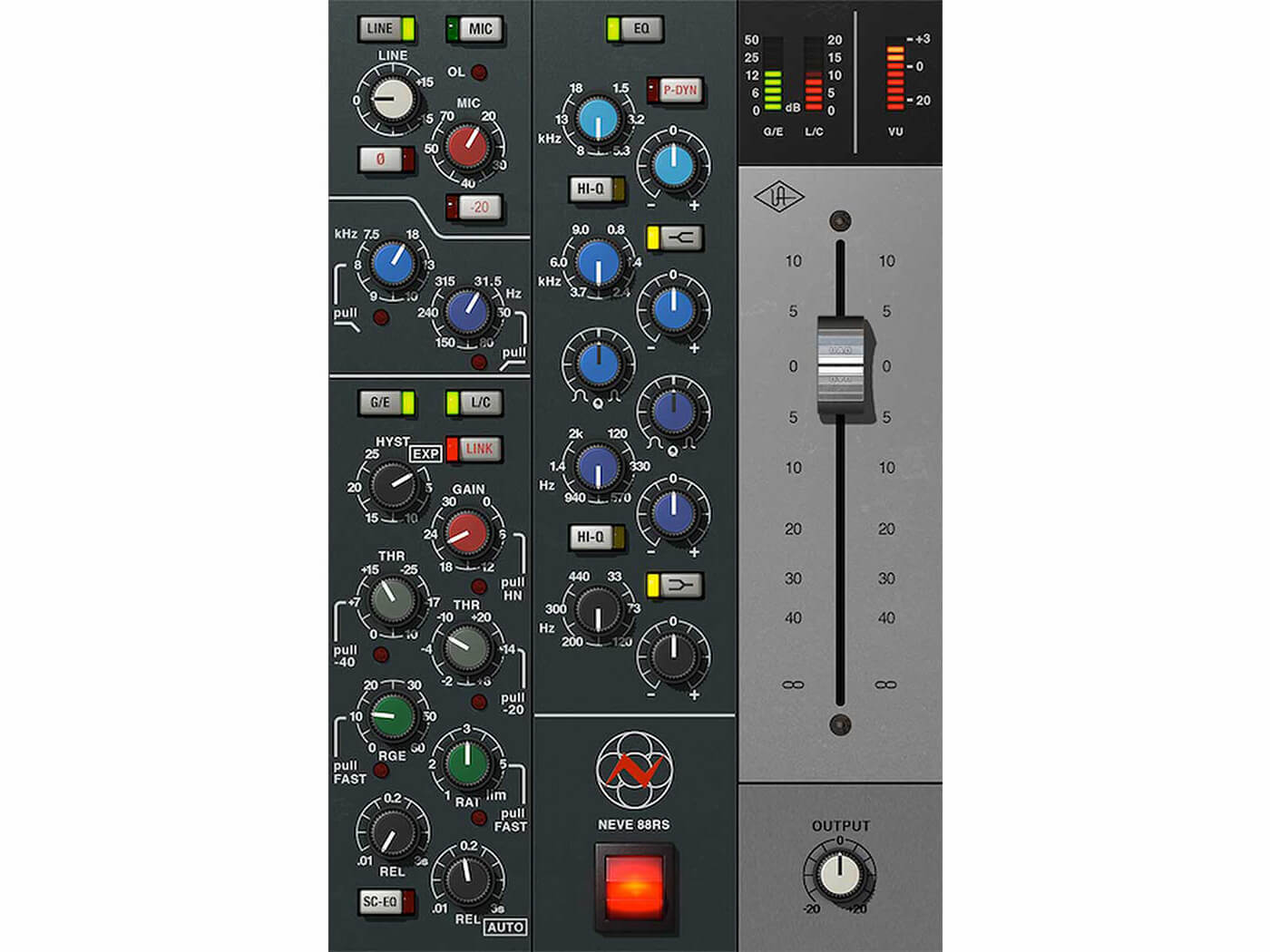 Introduced in 2001, the Neve 88 Series is one of the best large-format mixing consoles money can buy. This plug-in brings a slice of this quality to UA Apollo and Arrow users, and takes advantage of UA’s Unison technology to create a startlingly accurate emulation of the hardware.