Mixland always delights with the quirky and inventive interfaces it wraps around its processors, but does Steamdriver take it too far? 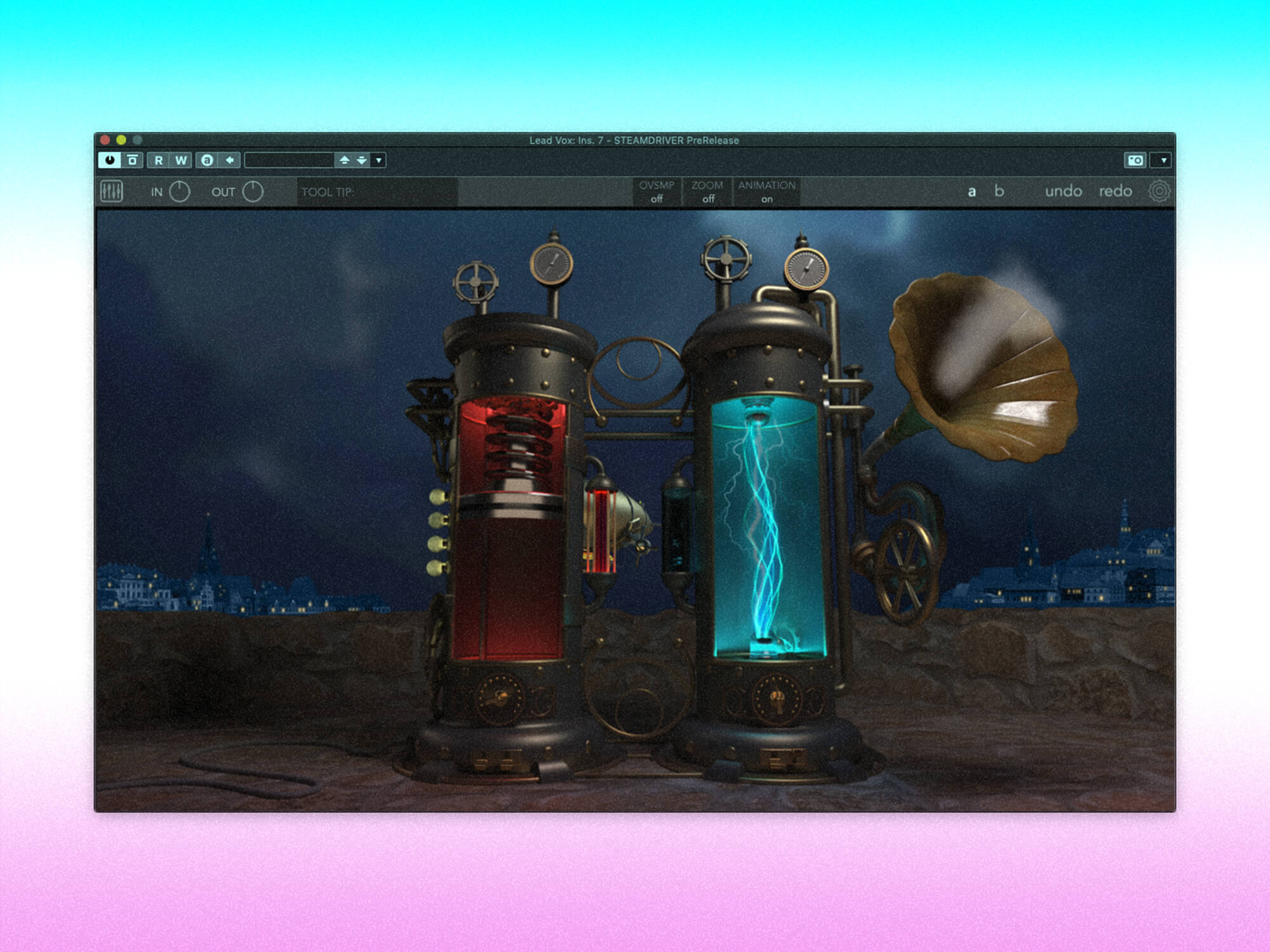 Point-and-click adventures were once popular video games but have fallen out of fashion. Whether or not Mixland’s new Steamdriver is intended as a retro-nod to the genre, hunting around its astonishing interface for usable controls brings to mind Broken Sword and The Secret of Monkey Island – and that’s no bad thing.

In essence, Steamdriver is a straightforward channel strip plugin that comprises compression, saturation and EQ. Its graphic design presents a gothic skyline that acts as the backdrop to a bizarre steampunk-style contraption in the foreground. This machine features a pair of glass-fronted tubes connected via curvy brass pipework, all of which feeds into a sound horn of the sort you’d find on an early gramophone.

The first tube represents the compressor stage. A dial at its base is used to set the threshold, and a chunky valve-type wheel sticking out of the top of the tube is used to control the compressor’s wet/dry mix. A bit more mouse hunting reveals a few switches for adjusting the attack and release speeds (fast or slow). It’s basic but the compression is effective nonetheless, giving punchy, progressive dynamics control without any fuss.

Visual feedback comes courtesy of a moving piston that, conceptually, compresses the air within the tube. It proves to be an intuitive visualisation, with the sense of pressure and resistance correlating well with the amount of compression you hear during use.

The second tube is the saturator. The effect has a pleasing valve-like character and gives a nice progression from gentle fuzz to dirty yet musical distortions. Sparks travel through the tube in a visualisation of the saturation, but they just switch on and off based on the signal level and are always electric-blue no matter the position of the saturation colour switch. High saturations ensure the sparks are visible more often, but their intensity doesn’t change noticeably.

Steamdriver’s EQ offers low boost and high boost along with a Tone Shape control that can add or remove mid-range presence. It interacts nicely with the compressor and saturator but feels limited compared to even basic studio EQs.

If you’re into steampunk, you’ll love the Steamdriver aesthetic – it’s like something straight out of BioShock’s Rapture – and even if steampunk isn’t your thing, you can’t help but admire the imagination that’s gone into this very original GUI.

You might argue, though, that Mixland has strayed too far into form over function here. Even locating the controls involves mouse-scouring the interface while watching for tooltips, at least until you get familiar with the plugin anyway. And we find that, on our test machine – which, with 12 core Xeon, 64GB RAM, and a powerful graphics card, is no slouch – the visualisations are not smooth or responsive enough… and that’s without the optional extra animations enabled, which include steam coming from the horn.

Sonically, though, the results are decent enough, and can be achieved quickly. But there isn’t enough to allow for detailed tweaking and honing here. This is reflected in the asking price, though, which is pitched just about perfectly for what is ultimately a fun, useful and aesthetically uniquer plugin.