Can Mixed In Key successfully fit its key-detection algorithm into a real-time plug-in? Time to dig deep into the Studio Edition of this key-detection software… 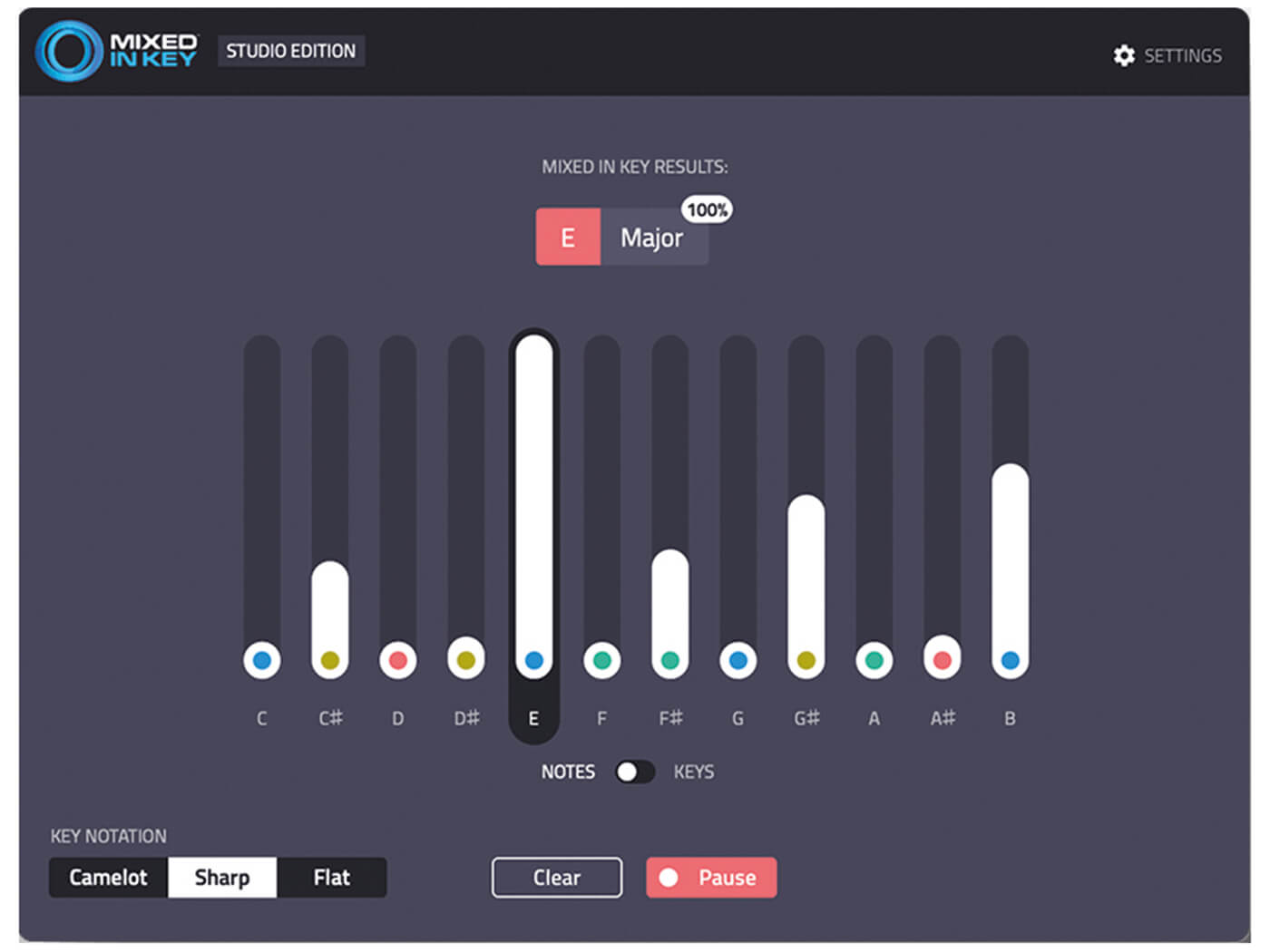 Mixed In Key was introduced several years back and provided a way for DJs to quickly and easily catalogue the key of their tracks, with the goal of enabling more harmonic mixing and smoother blends when at the decks. You load your music library into the software and it analyses the tempo and harmonic content under the hood; it then reveals the track’s bpm and a number for the Camelot Wheel (which is a simplified version of the circle of fifths).

This new Studio Edition of Mixed In Key takes the same concept, but now gives you the flexibility of using the algorithm anywhere in your arrangement that you can place a plug-in effect. This means that you can check the key of a piano instrument part, analyse an a capella vocal, or place the plug-in on the master to determine the overall key of the track.

It’s straightforward to set things in motion by hitting the Capture button, then you can stop the analyser by hitting Pause, or reset by hitting Clear. For the most part, you’ll probably be using Notes mode, which shows the 12 notes with vertical bars depicting how present each note is in the audio. The higher the bar, the stronger the note. Most of the time this works well, although certain sounds with strong harmonics can throw things off a little.

As an example, I test a bright piano sound playing a low G, and although a G is listed, the overtones suggest a D is slightly more prominent. This is a fairly rare occurrence, though. Once the audio has been analysed for a while, the plug-inl presents a root major or minor key at the top with a percentage to show how confident it is in the result. Sometimes, you’ll get two possibles, but generally the percentage will always favour one over the other. There is also a Keys mode, which shows each of the 24 options with vertical bars showing the probability, although this is arguably less useful as it’s already presented at the top.

Finally, you have three buttons at the bottom to choose whether you want the keys listed in the Camelot format, or more traditional sharp or flat scales.

In practice, Mixed In Key SE performs well at analysing individual musical parts and whole tracks, although you do have to use a little detective work and common sense to work out the notes on more ambiguous pieces of audio.

As a plug-in version of the original software, this is a simple, useful and easy to use tool. However, we can’t help feeling like there are some missed opportunities to make it something more. If it also included a bpm counter, a visual of the Camelot Wheel showing transpose values to other keys from the selected key and perhaps a tuner to show if the audio is sharp or flat, then it would be an awesome, one-stop harmonic and tempo analysis tool. It’s also worth noting that it requires an Internet connection to run.

Mixed In Key SE won’t be for everyone, but if you do a lot of work with samples, or on mashups and remixes, then it’s a great timesaver to help get elements working together. Unfortunately, there’s no demo, but there is a 30-day money back guarantee that gives you the opportunity to test the algorithm on your audio. Ultimately, the best and quickest solution is to train and use your ears, but in the meantime, this could be a helpful guide.

If you possess a great musical ear and a command of music theory, then this probably isn’t something that will benefit you all that much. However, if you struggle to get different samples or tracks working in key with each other, then Mixed In Key SE is not only a good tool to help you dissect the harmonic content of your audio, but also a great way to get you thinking about musical scales and keys.

Technically, Ableton Live has the Convert Audio to MIDI function, which can be a useful way to dissect the key and in Logic, you can highlight MIDI note chords and be presented with the specific chord name. However, useful as these things are, they’re not complete or quick solutions to managing the harmony of multiple audio and MIDI sources as you can with Mixed In Key SE. 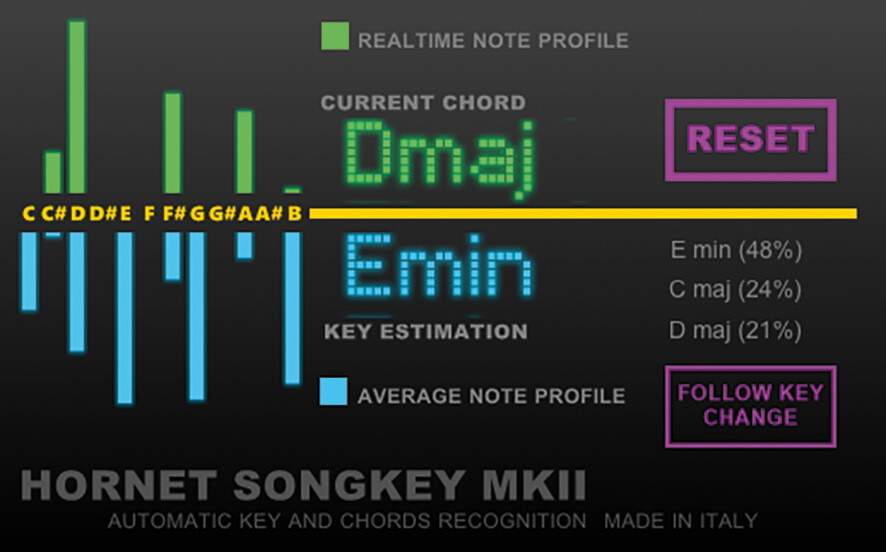 The SongKey MKII plug-in offers a much cheaper alternative that is arguably a little faster at keeping up with and presenting chord changes. However, the algorithm isn’t quite as accurate as Mixed In Key SE for analysing whole mixes, and it has a more basic GUI and fewer features. 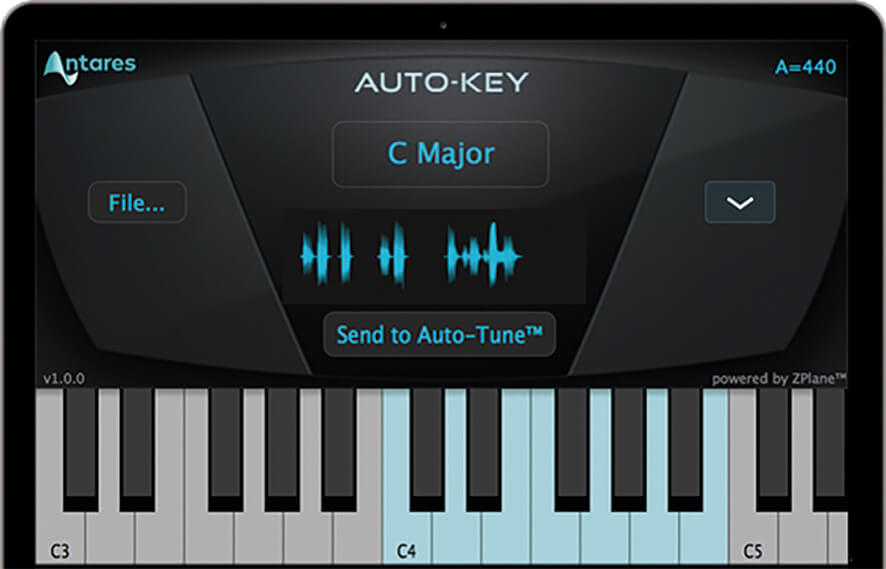 Auto-Key is a similar concept, with a plug-in version that can be placed anywhere and can analyse the key and scale of your tracks. You can’t see the strength of the notes, but it can tell you if your audio is slightly sharp or flat and can send info straight to Auto-Tune.