This new compressor does everything you need and more, earning praise from mix engineering giants like Dave Pensado and Bob Katz. 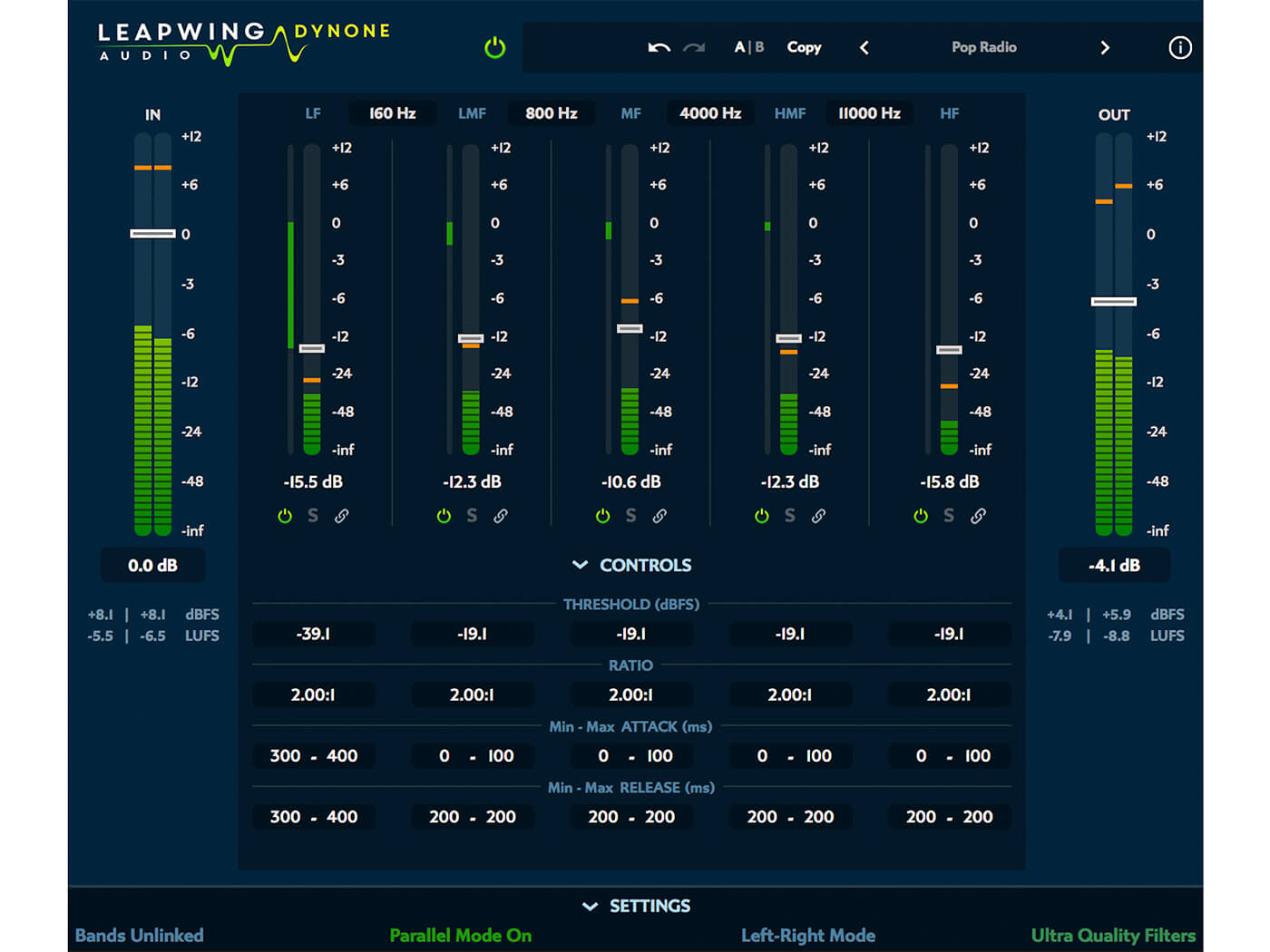 DynOne is a 5-band compressor/expander that can be run in standard or parallel modes, with a high-quality sound that has seen it gain praise from engineers Dave Pensado and Bob Katz. This latest update features significant improvements that make it more flexible and easier to use.

While the DynOne’s meticulously crafted linear-phase crossover filters were previously fixed at certain frequencies to get clean, artefact-free results, the DynOne 3 allows you to edit the crossover points but retain the pristine sound quality. There’s also a new mode that uses Leapwing Audio’s proprietary Centre Sides separation, which offers a more useful alternative to M/S processing.

These combined elements make the latest DynOne update more malleable for honing in on specific parts of the mix. Elsewhere, the newly resizable GUI layout has been given an overhaul, with the Control tab now featuring the Threshold, Ratio, Attack and Release times for all bands, instead of listing them in separate tabs. On the surface, it looks like an uninspiring bevy of numbers, but if you click on a value you’ll get access to a straightforward slider. It may be an improvement over the previous layout but it feels like a missed opportunity that the Threshold controls aren’t placed alongside the band volume meters for more intuitive operation.

Another tab leads to further settings and there are four omnipresent toggles that control important things such Parallel mode and running quality – the low-latency mode, which reduces CPU usage, remains, as does the high-grade (but taxing) Ultra Quality Filters mode, but if you really want to put your CPU to the test, try the new Master Quality Filters mode. The plug-in now supports up to 384kHz. Luckily, you can set rendering to occur offline, as most sessions will struggle to make use of DynOne 3’s full power.

DynOne 3 excels in Parallel mode on a full mix, where allows you to add more body or presence to a track while leaving the transients and overall dynamics intact, and it can transparently massage your track into sounding more like a real record. The great news for owners of previous versions is that this is a free update.