KIT Core EQ plugin review: A powerful EQ that invites you to use your ears, not your eyes

The latest in KIT’s Core series of plug-ins – Core EQ recreates an analogue-style EQ but with all the power of a digital plug-in. 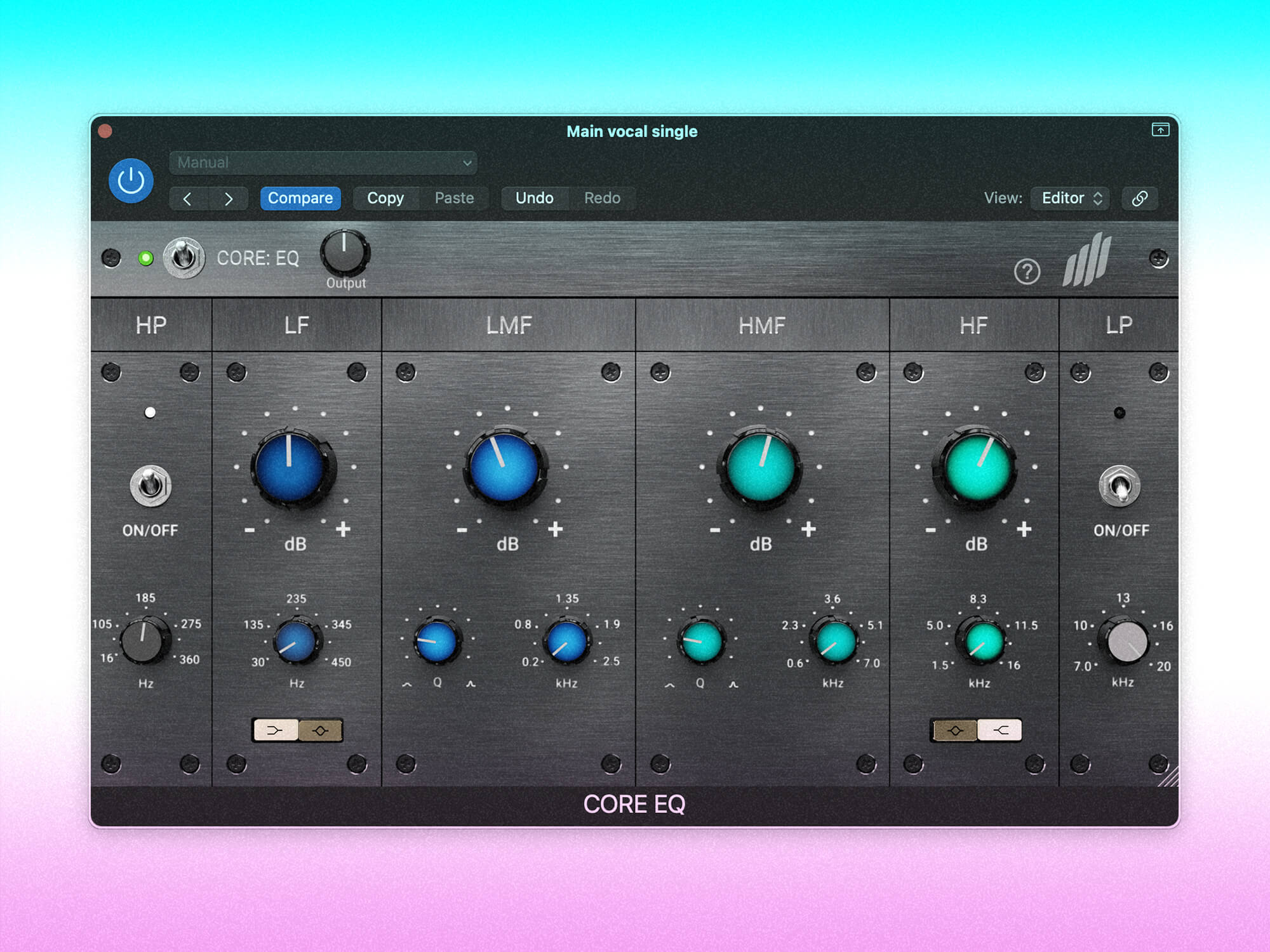 ⊖ No bandwidth control on LF and HF channels

The Core EQ is advertised as sounding ‘reminiscent of some of the most legendary EQs on the planet’. Therefore, KIT Plugins isn’t trying to emulate a specific piece of hardware but is attempting to give you the perceived warmth found in analogue equipment.

The Core EQ is a four-band semi-parametric EQ with additional high- and low-pass switches for further tone shaping. Each band offers a massive +/- 20dB of gain boost and reduction, so is powerful enough for even the most extreme EQ changes. All four bands offer control over the centre frequency within sensible regions of the audio spectrum. In addition, each of the two parametric middle bands (low-mid and high-mid) sport an adjustable bandwidth.

After playing some test signals through the EQ and into a frequency analyser, we noticed the adjustment of the Q width seems broad, from just a few frequencies either side of the root frequency through to several octaves either side. The fixed Q on the HF and LF on analysis leans towards the narrower end of the bandwidth but will be wide enough for most use cases. 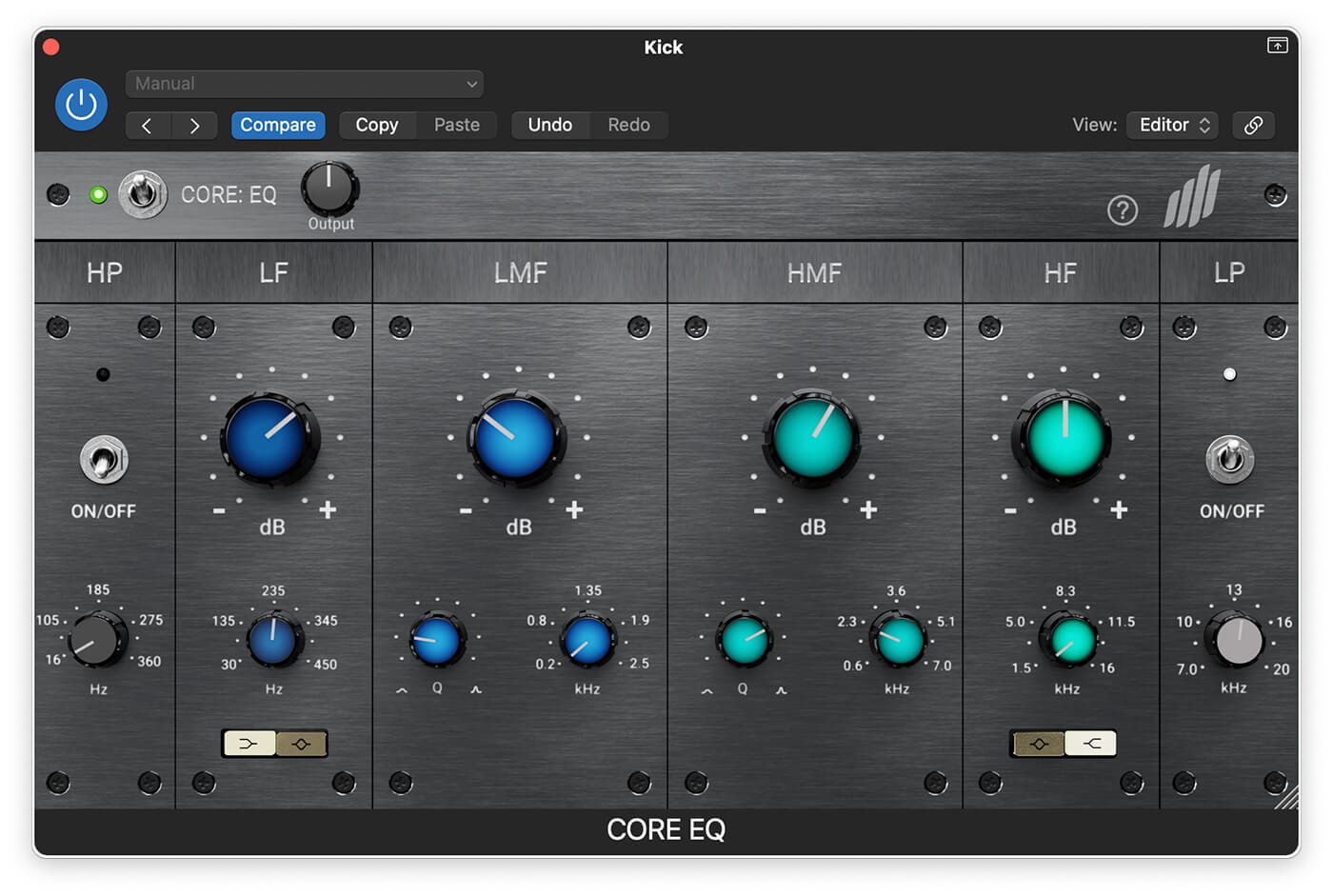 We first tried the Core EQ on acoustic drums and it didn’t take long to dial in a pleasing setting on the kick drum. The drum recording was quite hard so packed a punch. Thankfully, the Core EQ maintained that weight while adding definition to the lower frequencies, allowing the kick drum to support the entire mix.

Core EQ’s effect on the snare was even more powerful. Our original snare is pronounced in the low-mids (around 500Hz) and at an octave higher (around 1kHz) which, when placed into the track, meant the snare was lost underneath electric guitars. With just the slightest reduction in gain on the low-mid band and a slight boost on the high-mid band and the frequencies set to 500Hz and 1kHz, respectively, it allowed the snare to flourish with clarity.

On vocals, Core EQ works similarly well. This was the first sound source where we really made use of the HPF. The vocal take had some low-end harmonics and noise on some of the plosives but the HPF nicely tidied the bottom end of the vocal and allowed us to shape our vocal sound with a touch of high-frequency content to brighten the performance.

This analogue-style EQ omits a frequency analyser or graph to show the visual impact the EQ is having – we found this refreshing. The Core EQ is a simple but powerful EQ and it forced us back into using our ears rather than, at least partially, relying on what we were seeing.

It took a little while for us to get our ears tuned to Core EQ’s potency. The huge amount of gain available is slightly deceptive, and we found ourselves working within pretty narrow margins. Still, that has a massive impact on the sound. Ultimately, once we were used to it, we found ourselves setting parameters pretty swiftly and then leaving them be.

All in all, Core EQ is a powerful and musical EQ. We appreciate why KIT Plugins didn’t include bandwidth controls on the HF and LF bands, we would prefer to have them as an option. The plug-in overall is an excellent EQ tool and the Core EQ is a stark reminder that mixing is done with the ears, not the eyes. 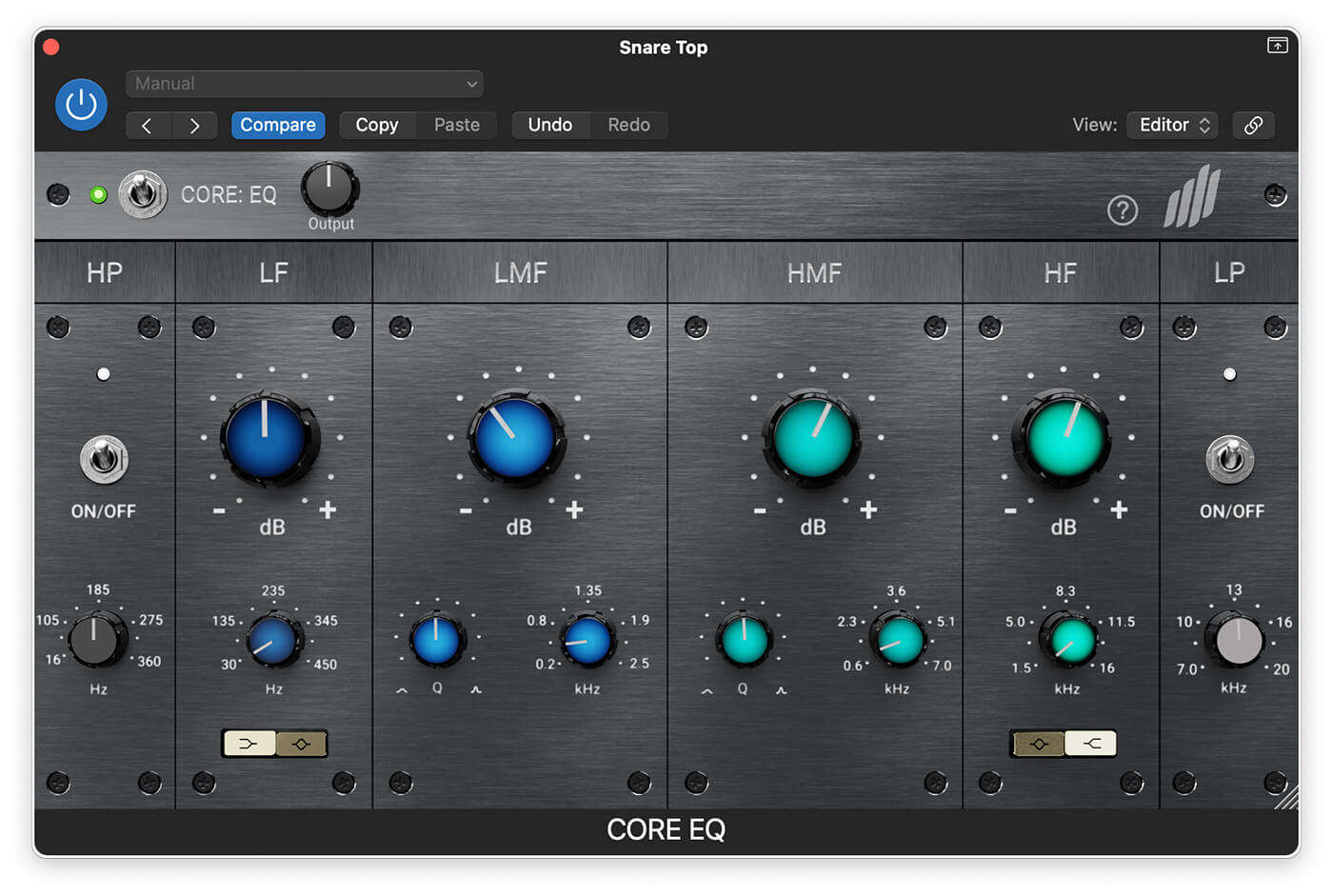