If you find common modulation effects tedious, this modulation morphing plug-in could be the answer to your monotony. 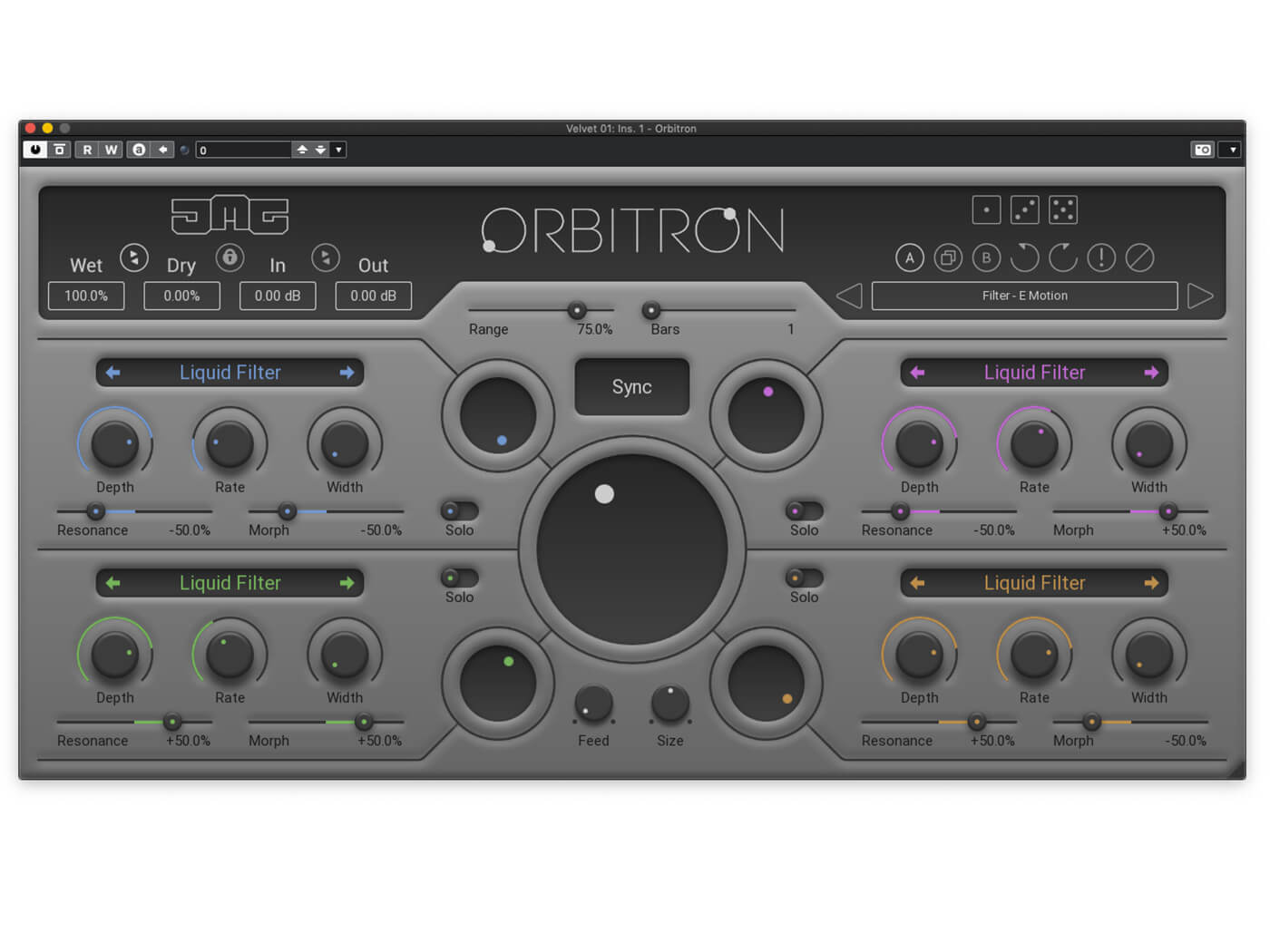 Modulation effects are the perfect way to add movement and interest to an otherwise dull or flat-sounding part; they’re not bad at adding extra spice to an already spicy part either. It’s easy to overdo things, though, because a modulation effect’s repetitiveness can also rapidly become monotonous. One way to keep your modulation from becoming repetitious may be Orbitron, a new VST, AU and AAX plugin by JMG Sound, a member of the United Plugins group.

Programming Orbitron is simple – there’s nothing complicated or difficult here – and there’s a wide selection of presets. You can customise these quickly using the three randomisation buttons, each of which offers a greater strength of randomisation than the last.

The position of the Mix Modulator can be controlled and automated in various ways. The simplest is Manual mode, which allows you to set the controller’s position with the mouse and drive it with automation from your DAW. In Free mode, the controller constantly rotates around its central point at a distance (or “range”) and speed that you dial-in; Sync mode is much the same, but the speed of rotation is locked to your DAW’s tempo. Finally, Random mode causes the control point to squiggle around on the Mix Modulator mesmerisingly, creating a constantly changing balance of the four processors which is excellent for adding constant, non-repetitive movement into the sound you’re processing.

Orbitron’s processors have twelve modulation models, allowing it to create most flavours of modulation effect. There’s the expected selection of chorus, flanger and phaser models, and modulated examples of a comb filter, a combined high-pass/low-pass filter, and a resonant peak filter. Rotary Speaker and Chaos Vortex provide a couple of spinning effects, whilst bringing up the rear is the dense multiband, multitap Space Time model. All models expose a set of five parameters, three of which – depth, rate and width – are common to all models, with the remaining pair of parameters being model-specific. Alongside each processor’s panel, linking it to the central Mix Modulator, is a smaller circle containing a rotating dot. This provides a visual readout of each processor’s intensity, a useful guide given how complex the interplay between Orbitron’s four processors can become.

At the bottom of the panel are a pair of controls labelled Feed and Size. Size sets the delay time shared across all of the modulation processors. Feed is more interesting, controlling the strength of Orbitron’s unique Circular Feedback system. This causes the signal in each processor’s feedback buss to be shared with the next, creating a richer, more reverberant result that would be nigh-on impossible to achieve with a conventional modulation processor.

At the heart of Orbitron is a great idea, and it’s been well executed. The constantly modulating modulations that it creates are successful at breaking the monotony of garden-variety modulation effects, and morphing between settings is smooth and transparent.