This new and expanded multi-effects glitch plug-in by BT and iZotope lets you execute m-m-mind-bending modulations at the push of a button. 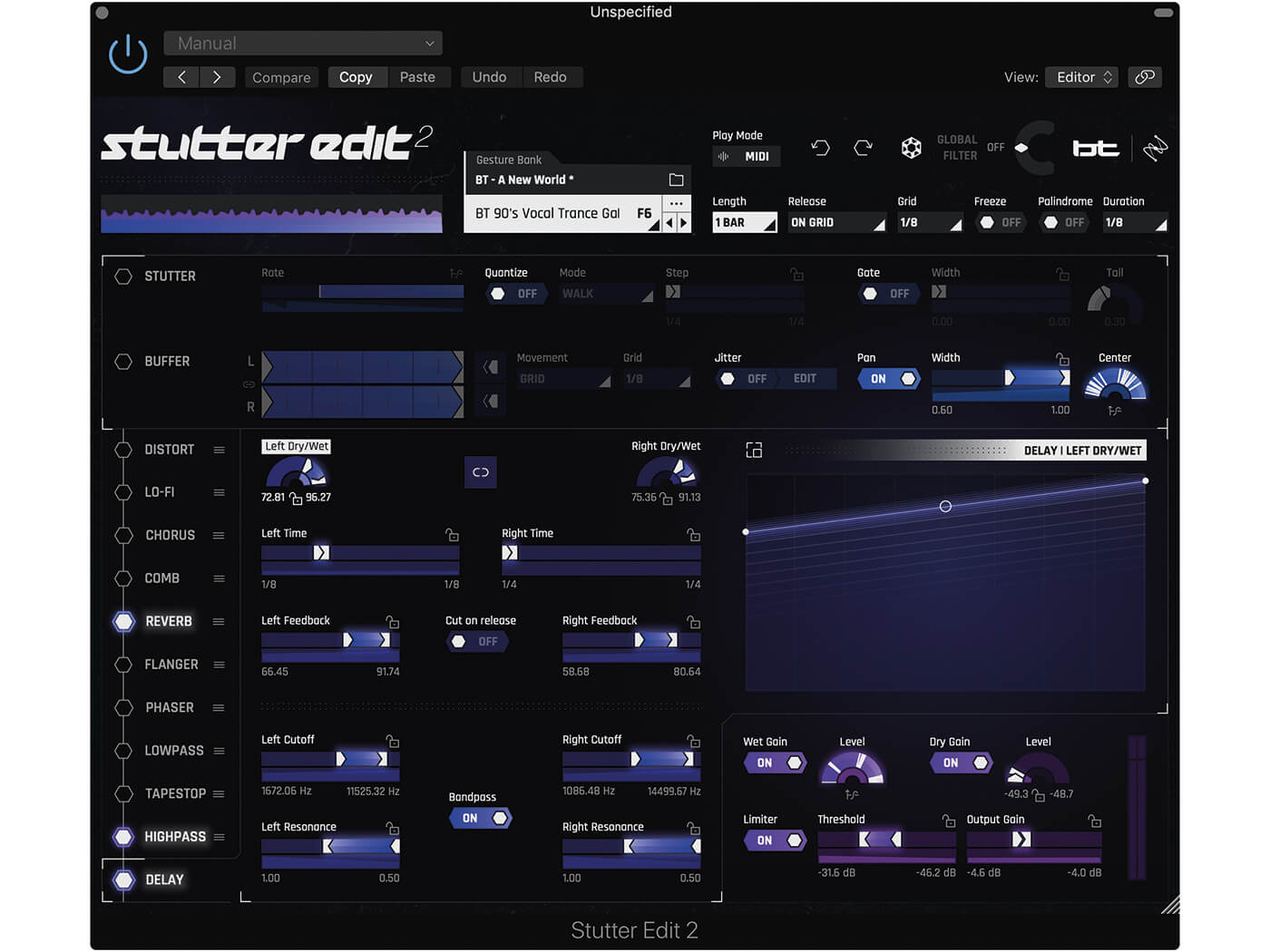 Iconic American producer, DJ and musician BT is one of the pioneers of buffer glitch effects and, over the past 20 years, intricate stutters have cemented his signature sound. Back in 2010, he teamed up with Massachusetts-based iZotope to release Stutter Edit, which distilled the complex and time-consuming glitch-production processes down to a single keystroke.

It was widely adopted by the electronic music community and beyond, used by the likes of Taylor Swift for live performances, and by sound designers to create intense onscreen effects. A decade on, the dynamic duo have come together again to produce a sequel that expands on the Stutter Edit concept with new effects, increased control and flexible envelope-curve modulation. Few sequels match up to their predecessors. Is this new version an improvement – or is it a glitch too far?

Setting up Stutter Edit 2 is simple. Its presets are called gestures, and can be assigned to MIDI keys and saved as banks. You can perform these modulating effects by simply hitting a key or by using the useful new Auto mode, which automatically plays your selected gesture on loop. The triggering of these gestures differs depending on your DAW. Some require a separate instrument track to host the plug-in, with audio fed in via the sidechain input. Stutter Edit 2 can sense which DAW you’re using, and will show you a step-by-step guide when you select MIDI play mode.

There are plenty of presets that show off the range of the plug-in, including many designed by BT himself. These include vocal transitions, cinematic sound effects, master-bus fills and build-ups, sidechains and trance gates, beat grooves, synth-bass modulations and many more. If you want to build your own bank, you can drag and drop to assign individual gestures to each key on the keyboard. Settings such as bar length (from 16th notes to two bars), palindrome looping and how the effect reacts when the key is pressed and released are saved along with each gesture.

There’s a global resonant high- and low-pass filter atop the GUI, which is assigned to the pitch wheel by default. This means you have two filters on one keyboard control, which automatically snaps to the centre/off position. 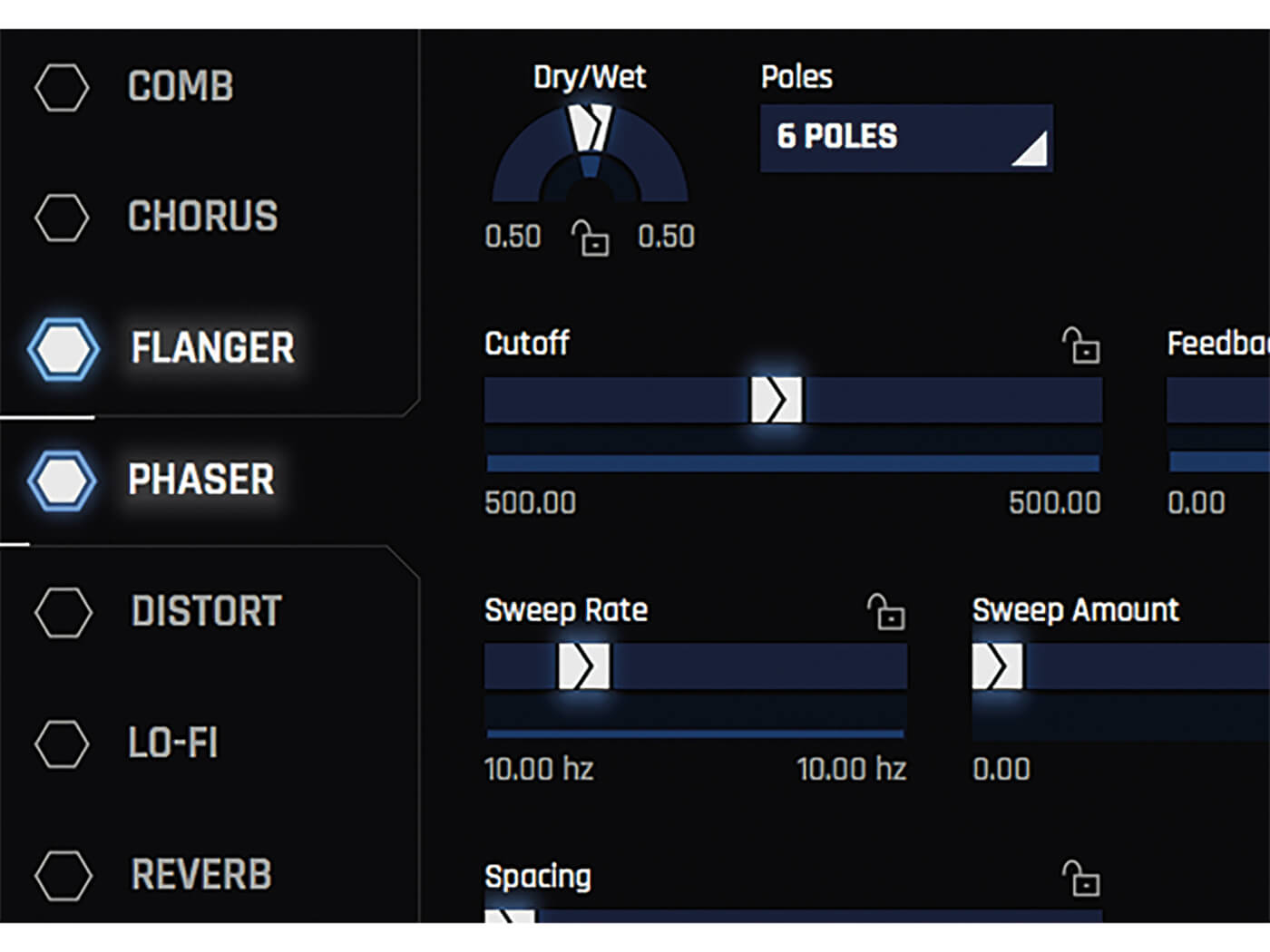 Stutter Edit 2 is essentially built from two sections: the stutter and buffer sections at the top of the GUI, and the multi-effects section below. The stutter control takes incoming audio and repeats it in time divisions or at super-fast audio rates, causing pitched sounds. These chops can be quantised to the beat, with length altered via the gate and tail controls. The buffer control below lets you selects which part of the audio you’re feeding into the stutter.

You could feed in a single slice or use different parts of the audio buffer in combination with reverse and left and right offsets to produce madcap stereo loops. You can select different grid sizes for the repeats and even chose random movement, ideal for jungle-style beat reshuffling. There are also jitter controls that can add pitch and rhythmic offsets to the left and right sides of the buffer, as well as pan and width controls.

None of this is new. All the aforementioned parameters were available on 2010’s original Stutter Edit. There, however, they were controlled via a simple LFO. The most significant feature of Stutter Edit 2 is its split-point envelope, which iZotope calls the Time-Variant Modifier Curve (TVM curve). Almost every parameter has its own envelope, allowing you to create wild custom modulations for multiple effects. This is a gamechanger when it comes to the stutter and buffer, as it lets you get stuck in to the programming of glitches on specific hits and complex sweeps.

Clicking on a parameter will see the curve editor display the envelope, and double-clicking will do so in full screen for easier editing. You can place multiple nodes and then curve each line, and you can draw freehand or snap to the grid. You can select specific time divisions and keyboard pitches, which are presented on the grid and make it easy to program fills and melodies. You can also reverse shapes, and save curves to recall them later. It would be useful if there was some kind of brush tool that let you quickly draw blocks but, even without such conveniences, this is intuitive enough, and the keyboard modifiers speed things up further.

Once you’ve built your glitch pattern, you can spice it up using 11 effects modules: stereo delay, high pass, low pass, lo-fi, 2-band distortion with 19 types, chorus, comb, reverb, flanger, phaser and tape-stop. With the exception of the delay that sits at the end of the signal path, these effects can placed in any order.

There’s also a limiter built into the output section. All the effects sound decent, and simply applying them as is opens up a wealth of sound-design options. When you factor in a TVM curve for each parameter, however, you approach brain-melting levels of complexity, with you able to manipulate specific movements for each effect. This makes for easy-access fun and games when performing gestures with the keyboard but to edit your own requires patience and concentration, as you can end up with many, many moving parts. Those that relish the idea of this much control will be excited by Stutter Edit 2’s potential. Others may find it a bit much.

For such complex plug-ins with so many parameters, it’s vital that the GUI is clean and clear, and grants access to its bounties without obfuscating important features or information. Thankfully, Stutter Edit 2’s GUI boasts some excellent touches, such as the small visual representations of curves beneath modulated parameters, and a graphic that conveys stutter patterns. But it’s also quite dark and, on top of that, features faint grey text that can be difficult to see. You can increase the window size, which helps, but it’s still an issue.

The GUI might also benefit from some thicker lines to differentiate its multiple sections, as its parameters sometimes appear to be floating in space. Our other minor grievances include the limited two-bar gesture length and the loss of the original Stutter Edit’s generator section, which featured some superb performance samples.

You could comfortably spend hours in Stutter Edit 2 building a monster preset that modulates multiple effects parameters. But that doesn’t necessarily mean it will be usable in the context of a track. With that in mind, it pays to be patient, to experiment and learn how best to combine just a handful of modulations to get more nuanced results. Take your time and you’ll find Stutter Edit 2 a creative and flexible toolbox for adding sonic detail to your tracks. 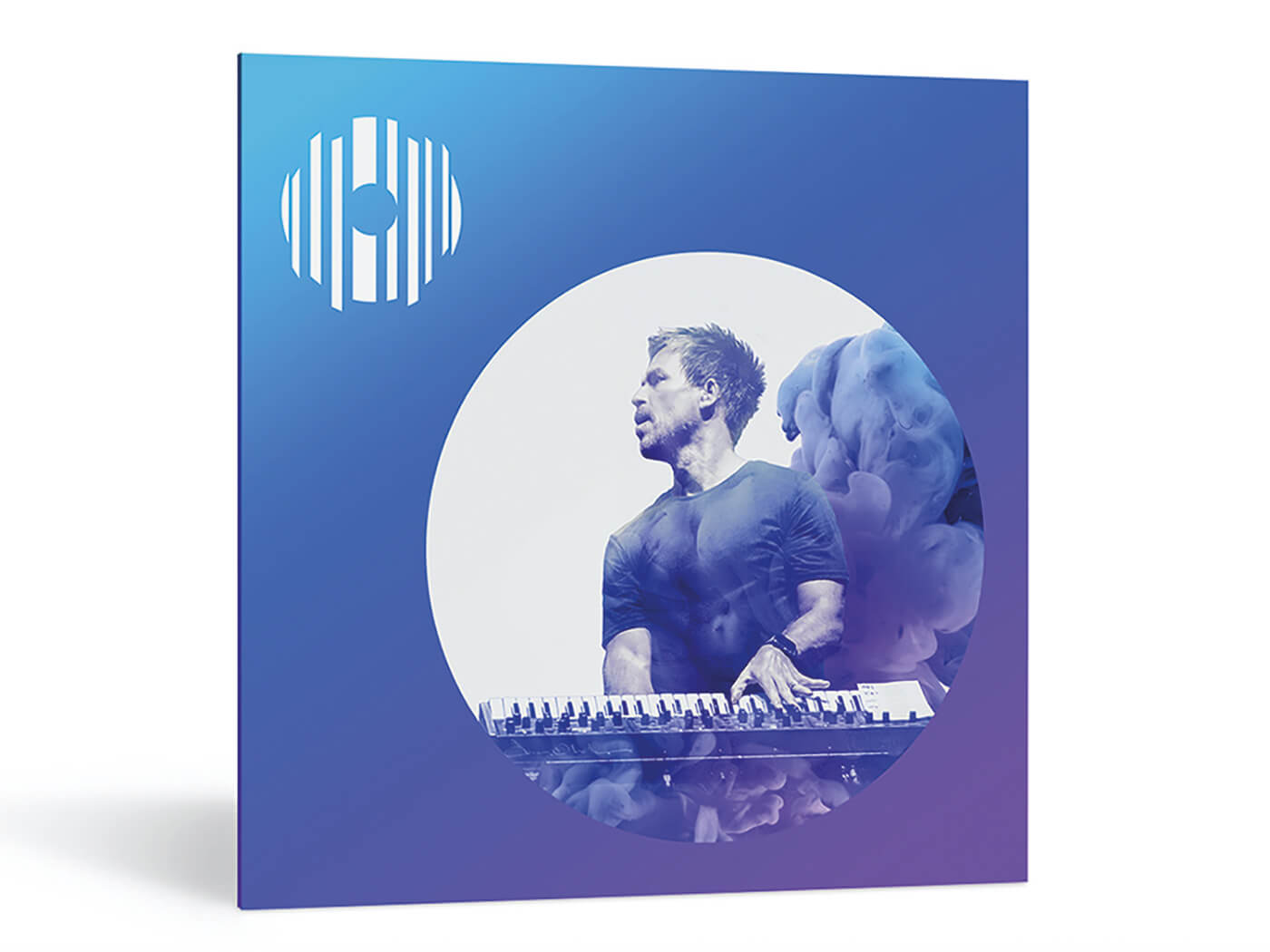 The classic BT stutter effect still sounds amazing but it’s been overused in the 10 years since the release of Stutter Edit. Just because you can slather your tracks in bananas glitch effects doesn’t mean you should! That said, if you’re willing to be more thoughtful about your applications and are looking for a tool to help spice up your productions, you’ll find Stutter Edit’s sequel a sensational and flexible option for both glitches and simpler sidechains and gate patterns.

It’s also a dream for sound designers looking to create big and twisted effects for media and film. It’s fairly expensive at full price but is better value if you can pick it up as part of a bundle. There are upgrade options available too. 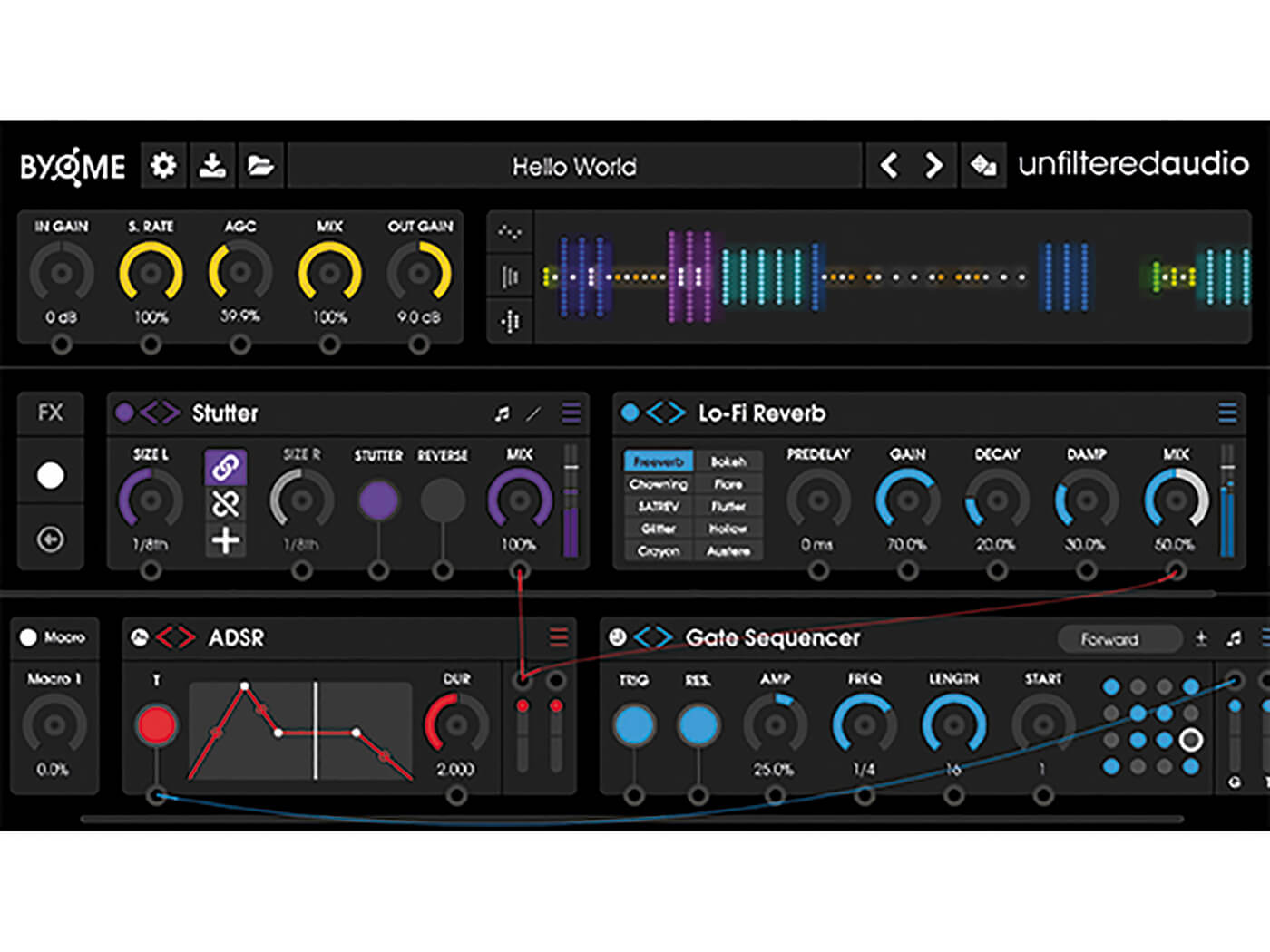 This complex and flexible modular effects plug-in features more than 40 effects modules and an array of inventive modulators, such as a spectral follower and probability gate. It doesn’t do stuttering quite as well but it’s arguably more versatile. 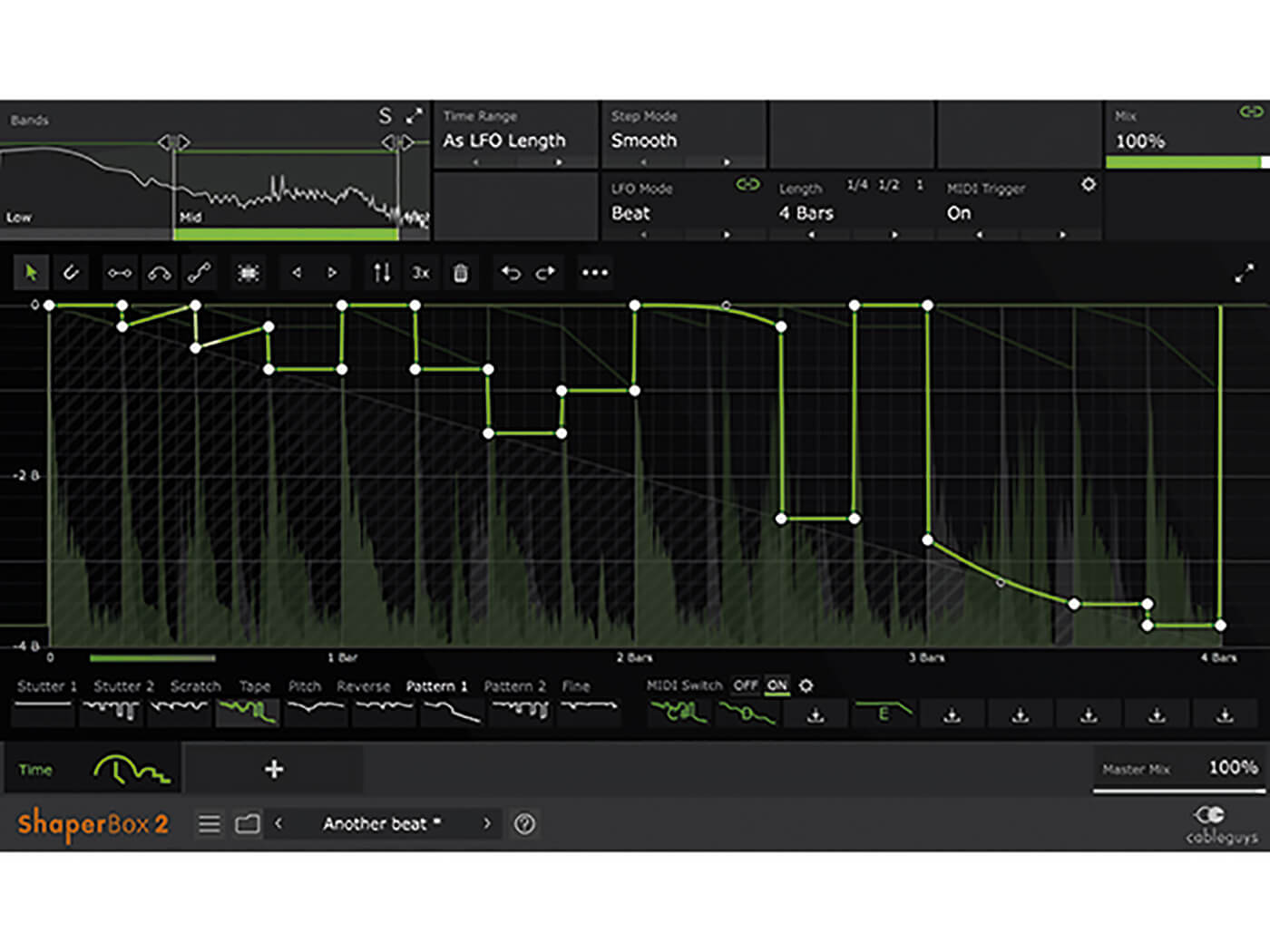 With six shapers that control volume, pan, width, filter, time and bitcrush, and a flexible envelope system, ShaperBox 2 isn’t as deep as Stutter Edit 2 but its interface easier to use.