With Beat Machines, you can add countless custom drum machines to your setup with brand-new effects. Is this the last vintage collection you’ll ever need? 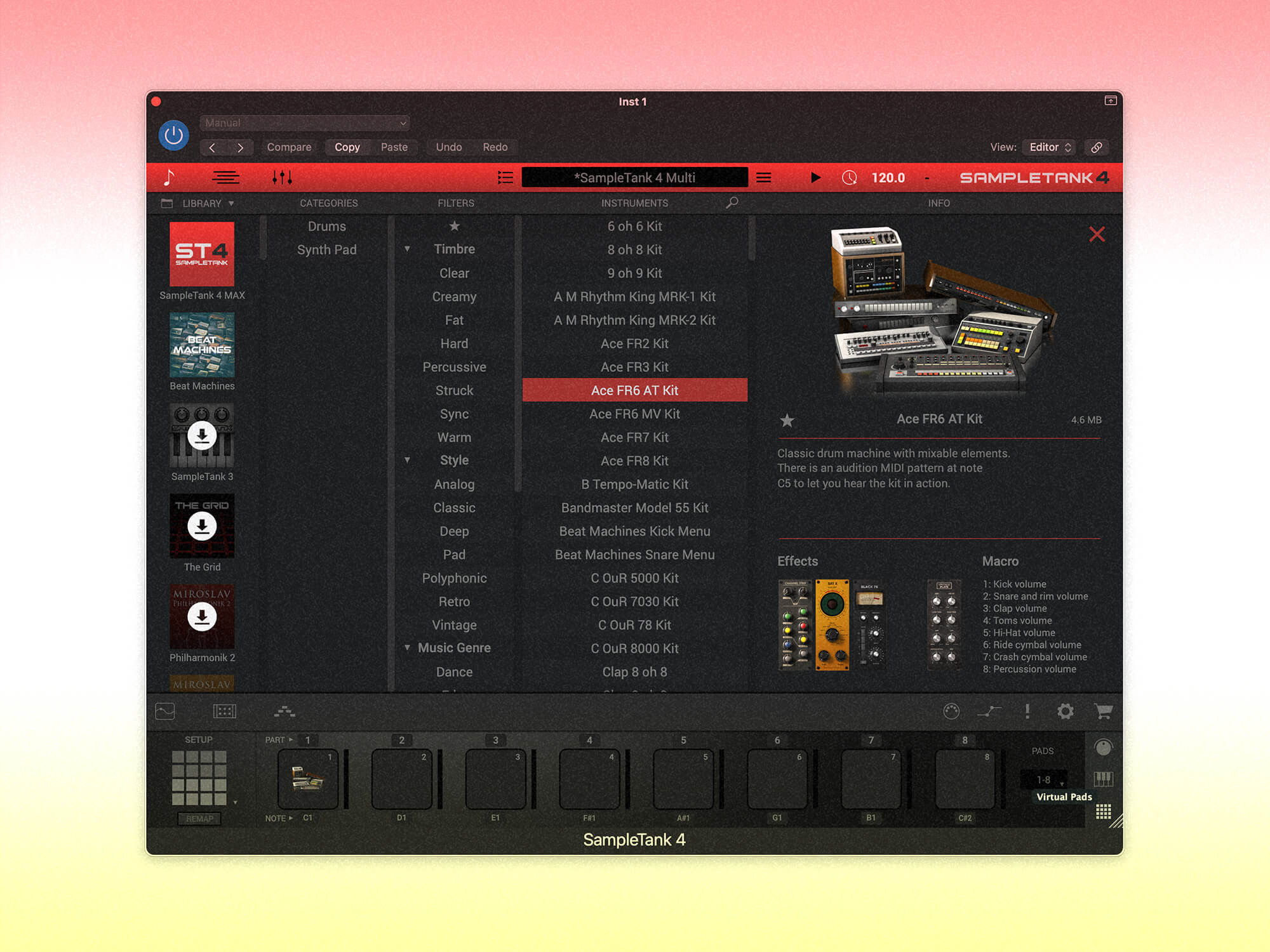 Beat Machines is a collection of sampled analogue drums running in IK Multimedia’s Sampletank 4 CS. Since drum samples are relatively simple compared to piano samples, for example, this pack weighs in at a slim 1.6GB. Still, it uses round-robin functionality so that you can trigger the same sounds more than once without the ‘machine gun’ effect that used to characterise older samplers – essentially it allows for more natural playback. The collection contains samples meticulously recorded from 100 vintage analogue drum machines and rhythm boxes by manufacturers such as Korg, Jomox, Casio and Roland.

In the Beat Machines library, you can filter the patches or select from the full list, and there are presets for whole kits as well single elements. You can use the latter in Multi mode to build custom kits, perhaps mixing kicks from one model with snares from another and cymbals from a third, up to a total of 16 parts. Sampletank also lets you import your own samples for added flexibility.

Loaded kits are mapped via MIDI and shown on Sampletank’s virtual keyboard, with a selection of 329 MIDI patterns that can be assigned to other keys for triggering, either for use in a track or just to hear what the kit sounds like when assigned to a pattern. The kits are mapped to the general MIDI drum map standard, which means they can be used easily in any DAW. Beat Machines is also compatible with other Sampletank 4 kits, which makes for easy construction and layering. You can also play sounds using Sampletank’s virtual pad mode rather than a keyboard, and the pack also uses Syntronik’s DRIFT algorithm to add dynamic movement to samples. 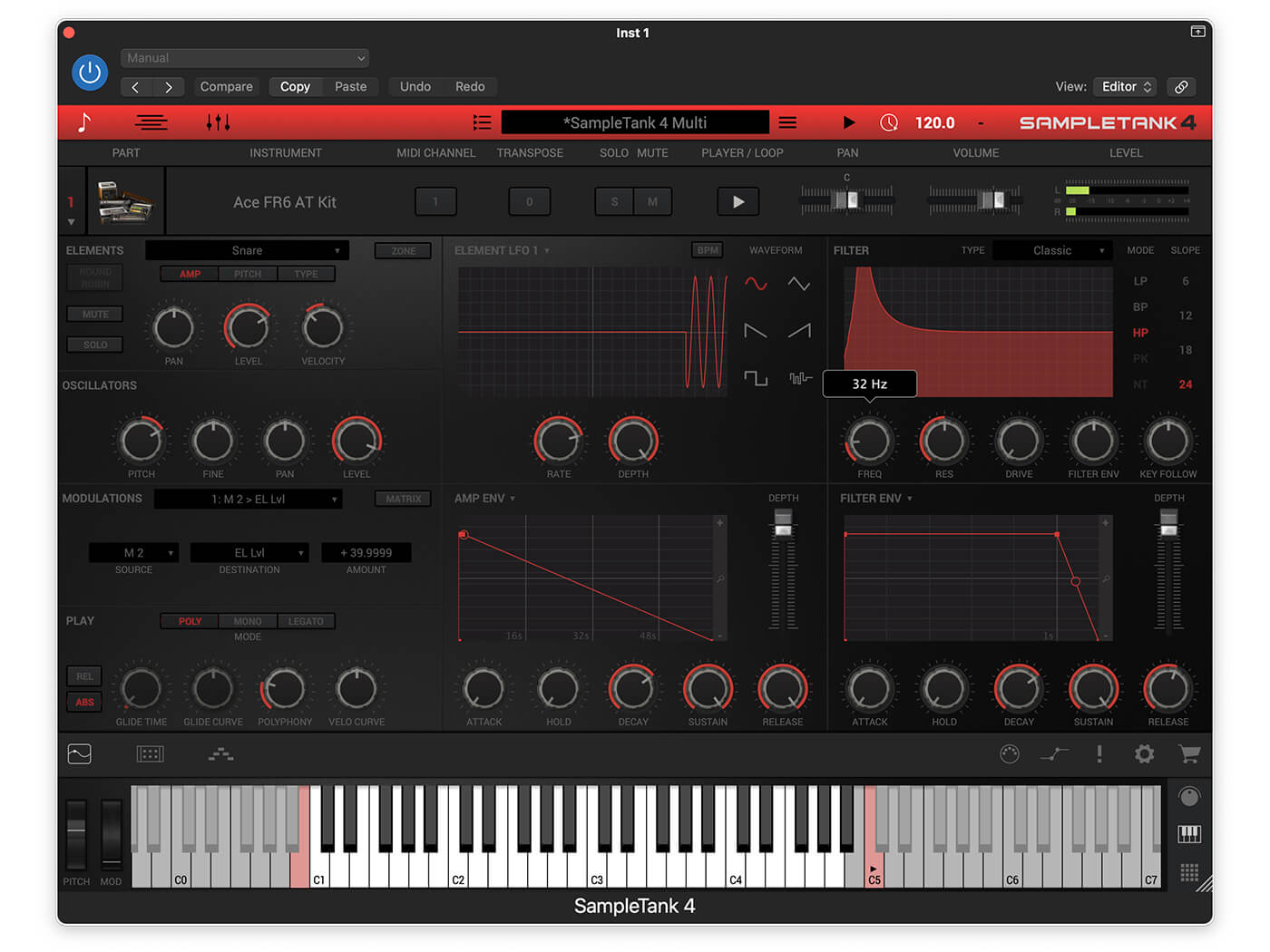 The kits sound authentic, in part due to the dry quality of the analogue drum recordings. For each drum element, you can add up to five insert effects in Sampletank’s mixer in Multi mode, and process each one differently. There’s also send and return functionality and up to five further effects on the master bus with which to process the output of the entire kit. Sampletank can output to stereo or to individual channels too, so in plug-in mode you can route channels into your DAW’s mixer for more creative processing. 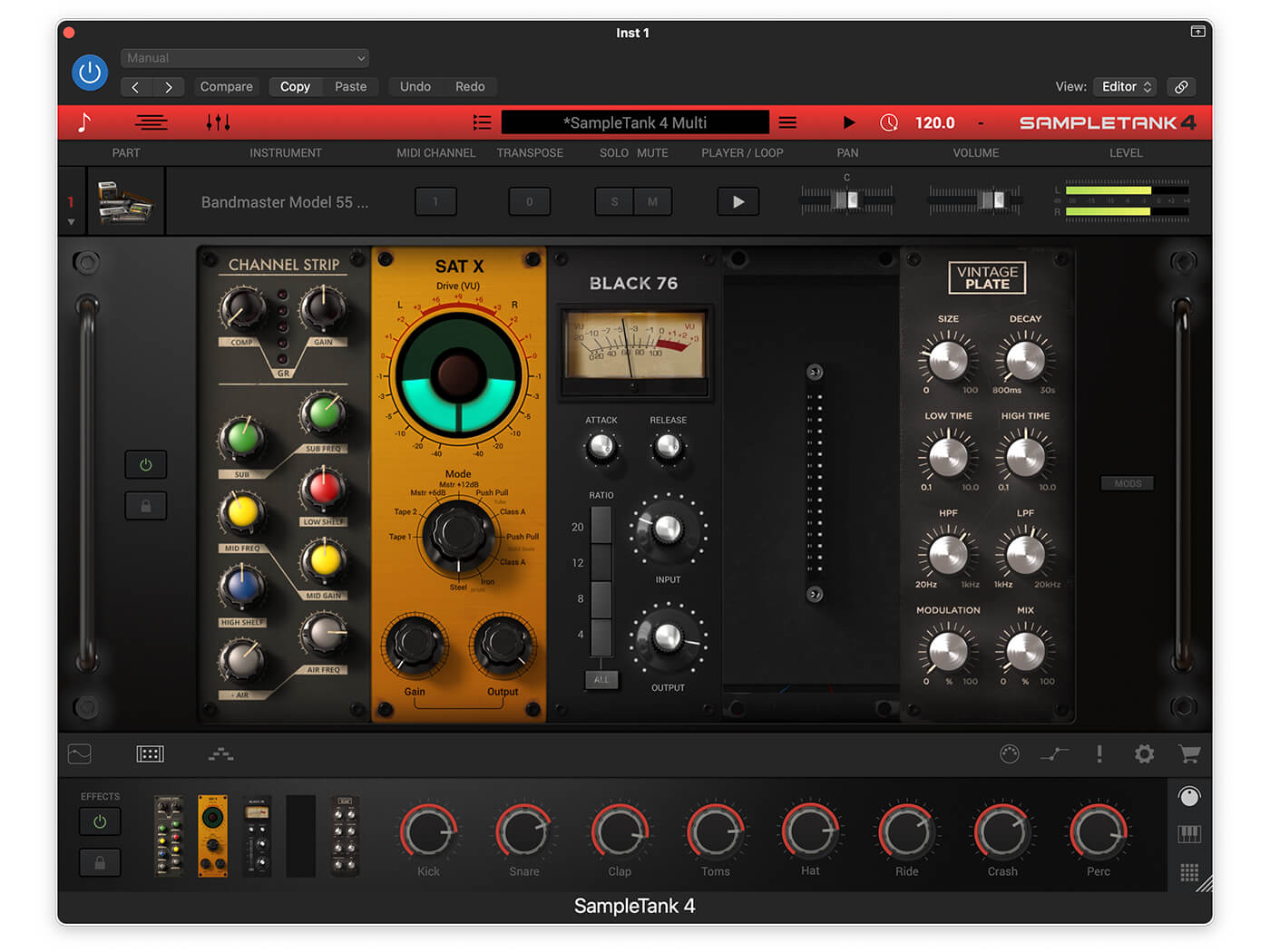 You’ll find all the sounds you expect among the 250 presets: thumping sub kicks, sharp snares, bleepy toms, chiptune hats and shakers, and more. Using the onboard effects livens things up, with compressors, EQ, reverbs and delays to beef up your beats and make everything grittier. You can use Sampletank’s synth section to tweak each sound with filters and envelopes too, and the presets have element volumes mapped to macro knobs for quick sub-mixing.

There’s no getting around the fact that among the 100 drum machines featured, many sound similar – that’s because the originals did too. But there’s a wealth of cool analogue beats to be found here, whether you want to use an accurate version of a long-lost classic or mix and match to create your own custom machines. 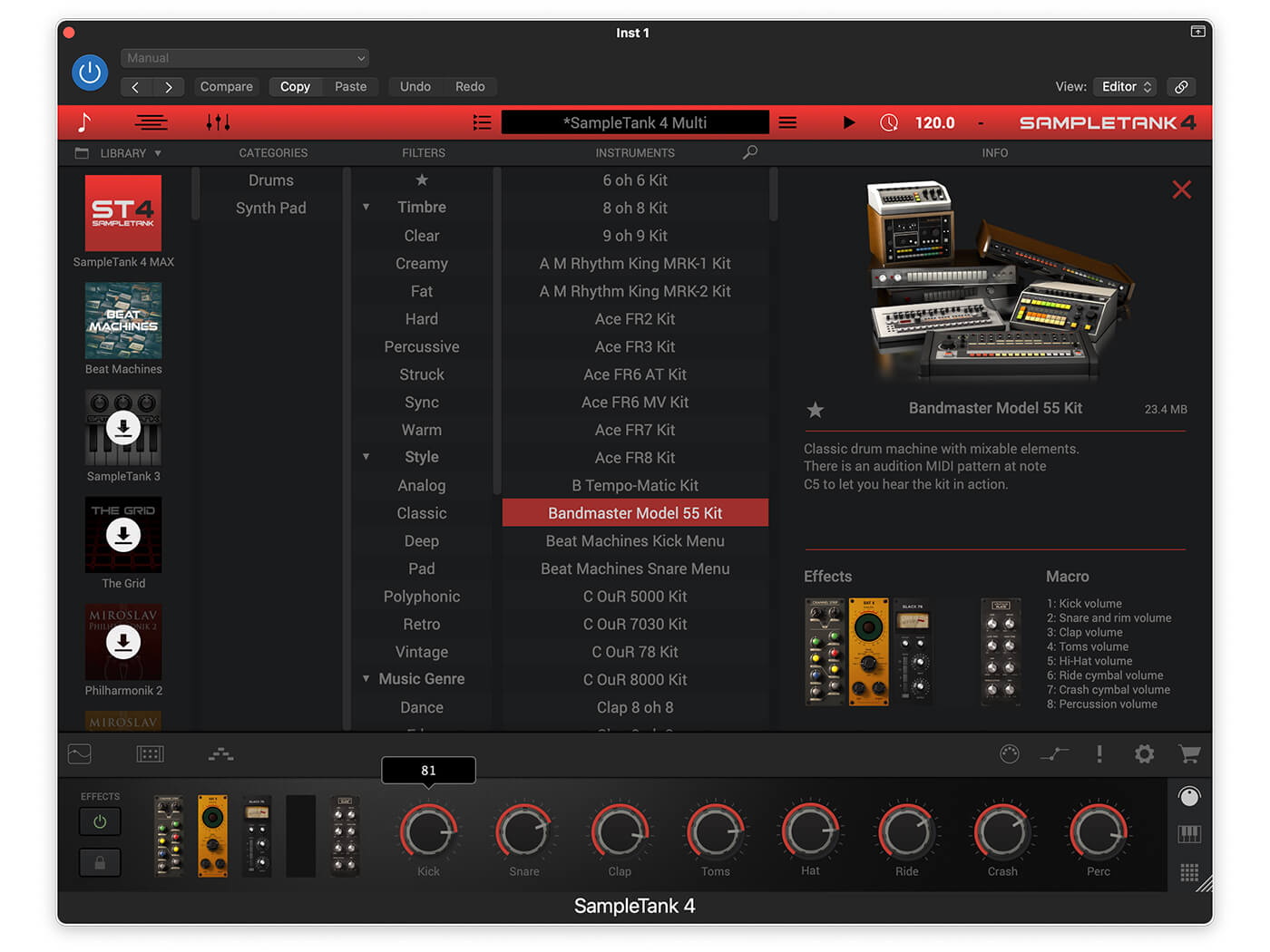