This Saturn sequel can add distortion, saturation and movement to your tracks but does the update run rings around its predecessor? 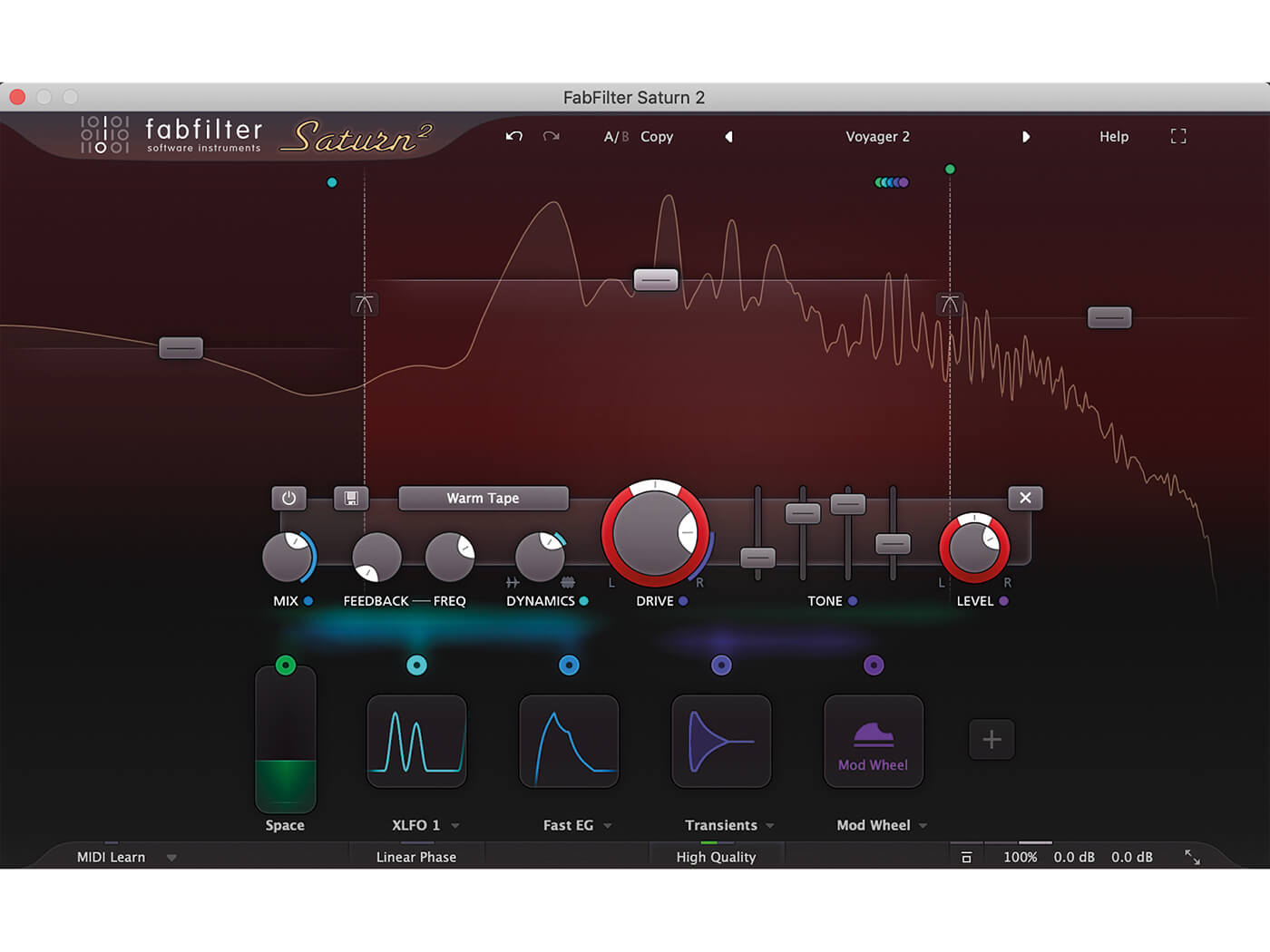 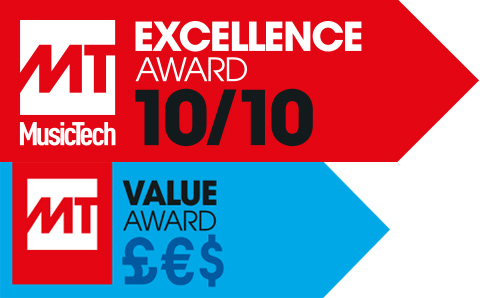 Amsterdam-based FabFilter’s increasing catalogue of head-turning products includes EQs and compressors that boast transparency and colour in equal measure. They’re ideal for mix engineers, while the company’s contemporary-sounding palette has proved a hit with composers and producers who like to apply effects and colouration as they go. The new update to its plug-in gas giant is capable of increased subtle colour, as well as crushing movement.

Saturn 2 boasts a number of updates to the highly regarded original, described as a distortion and saturation plug-in. FabFilter has carried out a host of sonic improvements to its distortion colouration, from smooth and subtle tube-style saturation to incredibly colourful amp-style simulations that lend themselves perfectly to guitars, and there are plenty of on-board effects for harsher contemporary productions too.

As saturation plug-ins go, Saturn 2 is far more capable than its run-of-the-mill effects competitors. Its layers are complex and inspiring, so it’s particularly helpful that it comes loaded with a set of curated presets that include Drive, Colour and Lo-Fi.

These categories are relatively simple in sonic makeup, and conform to traditional distortion concepts. This helps streamline the navigation within the already intuitive and uncluttered interface. The main visual element of the plug-in is a traditional frequency analyser, with low frequencies on the left and higher frequencies on the right. It’s easy to keep track of what’s going on, and to alter parameters in real time. Saturn 2 allows for the set up and control of up to six bands, added via a click on the upper part of the frequency display.

In fact, practically every single click within the FabFilter GUI presents all the necessary information you need; it’s a very clear-cut system. Clicking on a frequency band, for example, sees a settings display box opened up, which allows you to make changes to elements related to the chosen band. There’s no visual ambiguity here; it remains transparent and easy to use. The elegant interface allows for different saturation settings to be applied at the band level too. You might, for example, employ two bands, the upper band using tube-style saturation and the lower band driven to a bitcrushed frenzy.

The GUI has clearly been thought through but it has a few shortcomings. Some parameters don’t present their legends until your mouse is right in the proximity of them. It took us a while to find the Mix (wet/dry) level, for example (though a quick glance at the plug-in’s manual would have seen us discover this far sooner). This seems to be a facet of FabFilter’s output, and is mirrored across their plug-in suite. The main fascia is rather dark too.

The most important element here, though, is how Saturn 2 performs sonically – and you can’t help but be struck by the style and complexity of Saturn’s sound. In terms of basic saturation, you’ll find four tube settings that allow for classic analogue-style colouration. When used sparingly across the entire bandwidth, the exaggeration of harmonic distortion offers just the right amount of enhancement. The most extreme setting, labelled Broken, introduces a make-up that’s akin to full-on metal-style distortion.

As each frequency band is equipped with its own drive control, it’s easy to dictate how far towards extremity you want to take your colouration, while additional controls for feedback, frequency and dynamics allow you to properly engineer the saturation’s behaviour. The dynamics element will play well with drum tracks, allowing you to apply extra punch or sustain. Each band is also equipped with a three-stage EQ for further tonal control of the bands output.

Saturn 2 performs beautifully and brilliantly in what you might call its static mode. With its more elaborate controls and modulation options, however, it moves far beyond the typical distortion plug-in’s remit.

At the bottom of the plug-in window, you’ll find a plus sign that invites users to add modulation sources. These can largely be broken down to LFOs, envelope-based followers and generators, sliders, and X/Y and MIDI controllers. Each of these is broken down into further menus. In the case of MIDI control, for example, there are a number of preset MIDI element available, including velocity, aftertouch and any MIDI CC you care to employ. The basic modulation and sustain pedal MIDI CCs are labelled accordingly.

The LFO category, on the other hand, offers a veritable wealth of free-running or DAW-synchronised waves and sequences. Aside from common wave shapes such as sine, triangle and square, there are a few unusual predefined waves such as Heart Beat, which offers a spot-on impersonation of an electrocardiogram readout as a modulation source. Click on any of these results and you’ll get be able to click and drag the peaks to bespoke user-defined settings, which is helpful and exacting in equal measure.

Implementing these modulation sources is simple – just drag and drop from node connection points found above the source. Once connected, you’ll see a gorgeous pulsating graphic that confirms connection, as well as a new window that displays the amount of modulation applied. Given what we have seen thus far from FabFilter, it’s no surprise that this routing comes easily and efficiently. The net result of each modulation is a flurry of colour around the destination control, which confirms how the modulation is being applied by way of visual feedback.

The vast majority of commercially available saturation and distortion plug-ins are static, and there are some superb examples on the market. Saturn 2, though, follows a different trajectory. Its space-age sonic capabilities are guaranteed to draw you in.

Where things get even more exciting is with the level of control Saturn 2 offers across its six bands, while allowing automation and control that is wonderfully effective and easy to initiate. Piloting this ship properly requires that you master a learning curve but it’s not steep. This plug-in has much to offer creative producers and composers, from typical sounds and functions to extravagant and extraordinary alternatives. Put in some time to learn its basics and you’ll be blasting off in no time. 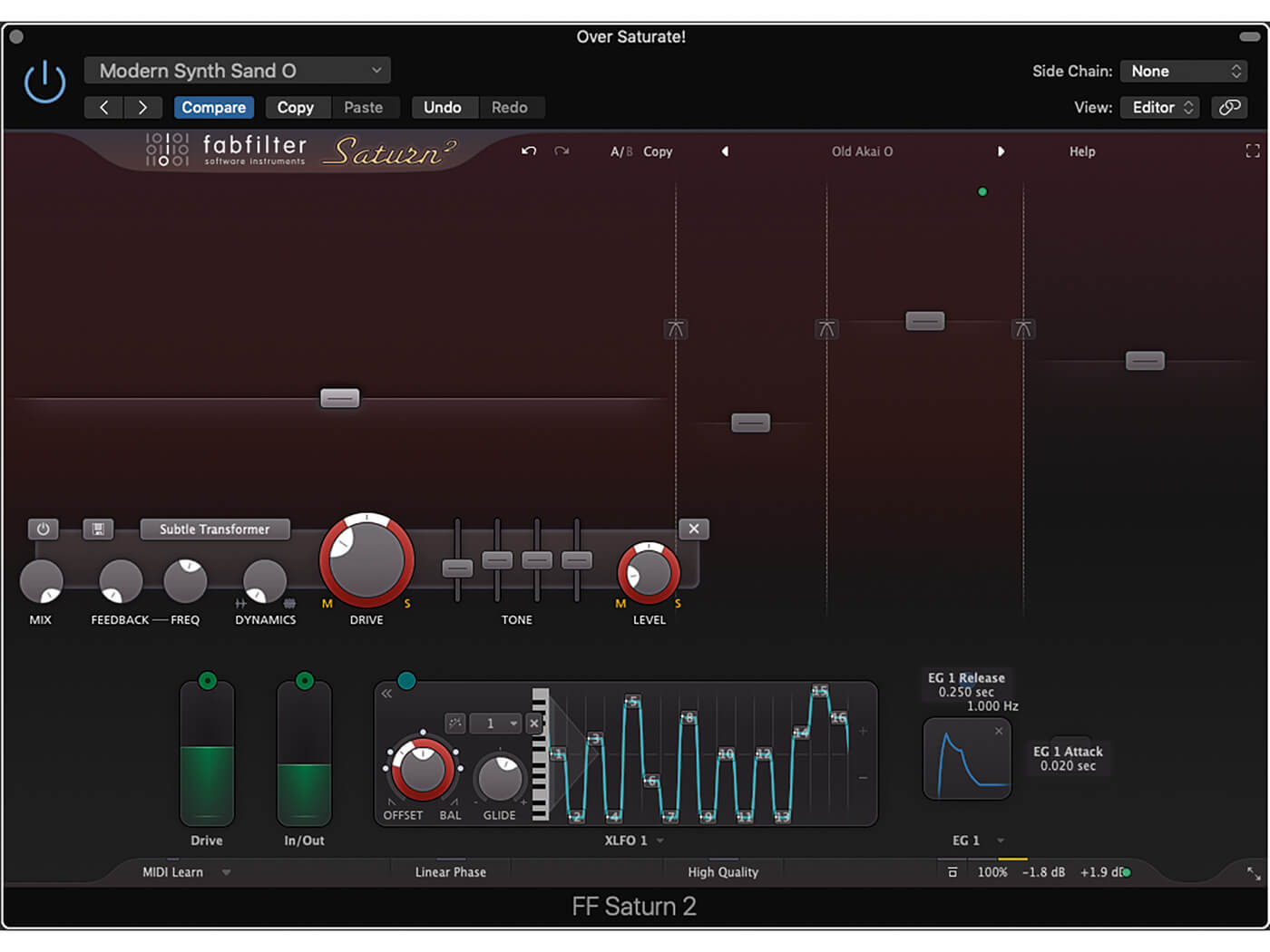 You might easily overlook Saturn 2. You might imagine that it’s just another saturation or distortion plug-in. Nothing special. But this could be a costly mistake. While its credentials are assured if you require just a little warmth on the backend of your mix or as a full-on cruncher for your more gnarly productions, it’s got the creative potential to allow the distortion to become a sequenced part of your track.

The modulation possibilities are varied and substantial, and throw open a Pandora’s box of creativity. It’s very versatile and at a price point which is not just sensible, but frankly a bit of a steal. Saturn 2 also forms part of the Creative and Mixing Bundles from FabFilter, which buys even more for your money, along with other highly desirable plug-ins from the FabFilter stable. 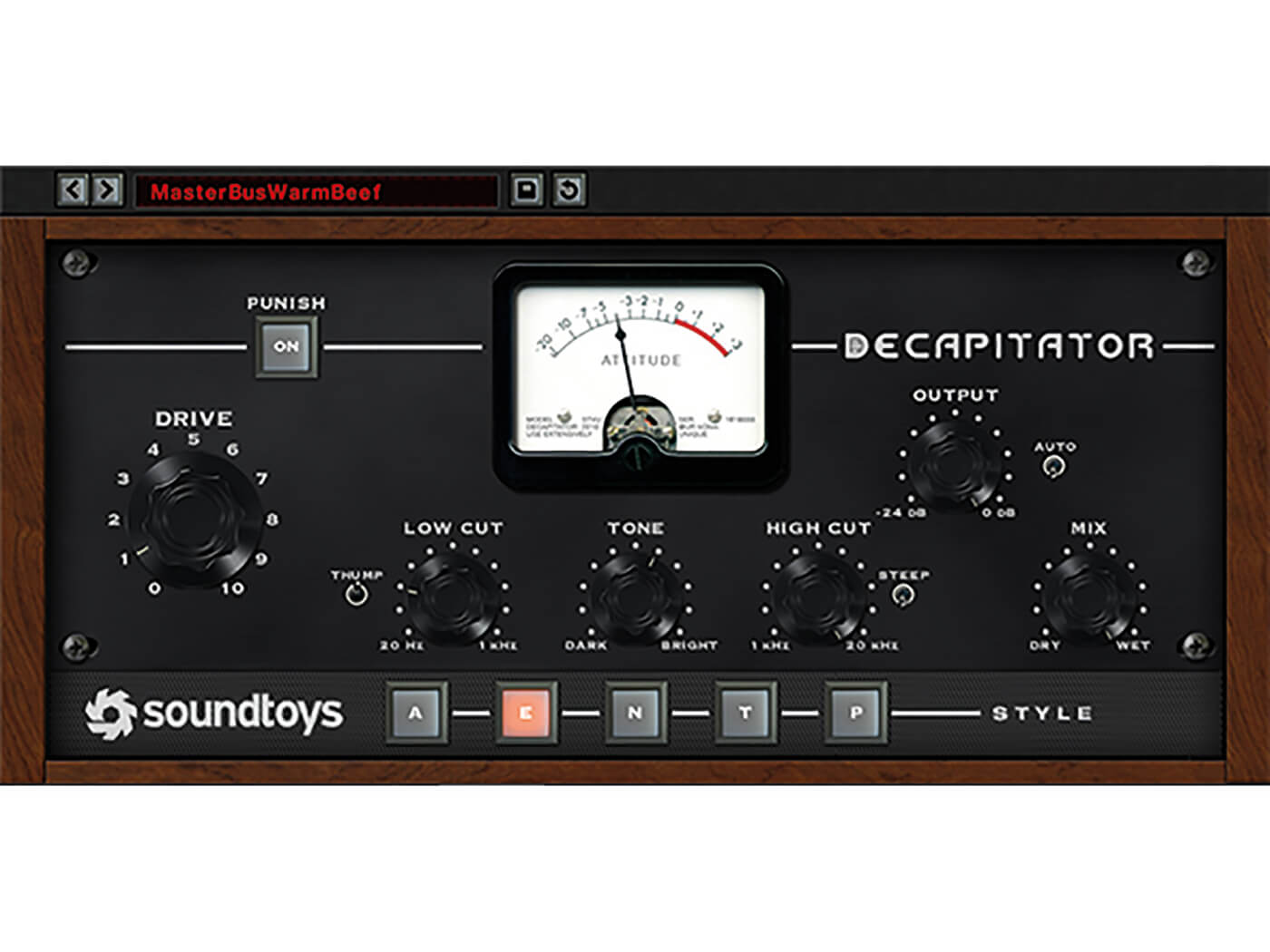 This hardware-modelled saturation plug-in is capable of subtle saturation across five modes, and features a Punish mode that can slather your basslines in top-end colour. 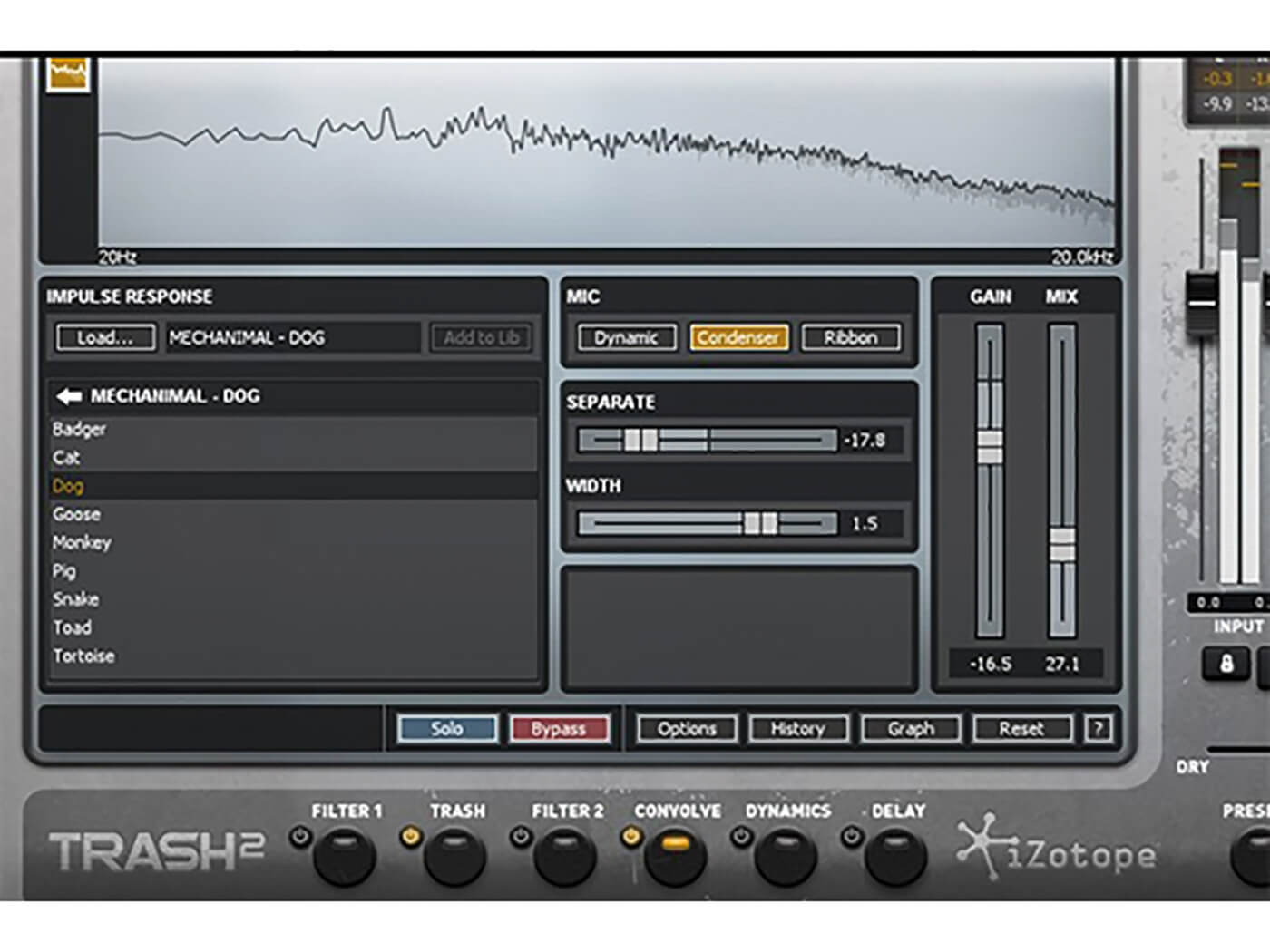