Effect Grid plug-in review: An affordable solution for splitting audio with some tricks up its sleeve

Split your audio by frequency and amplitude with this easy to use multiband effect that can even host other plug-ins. 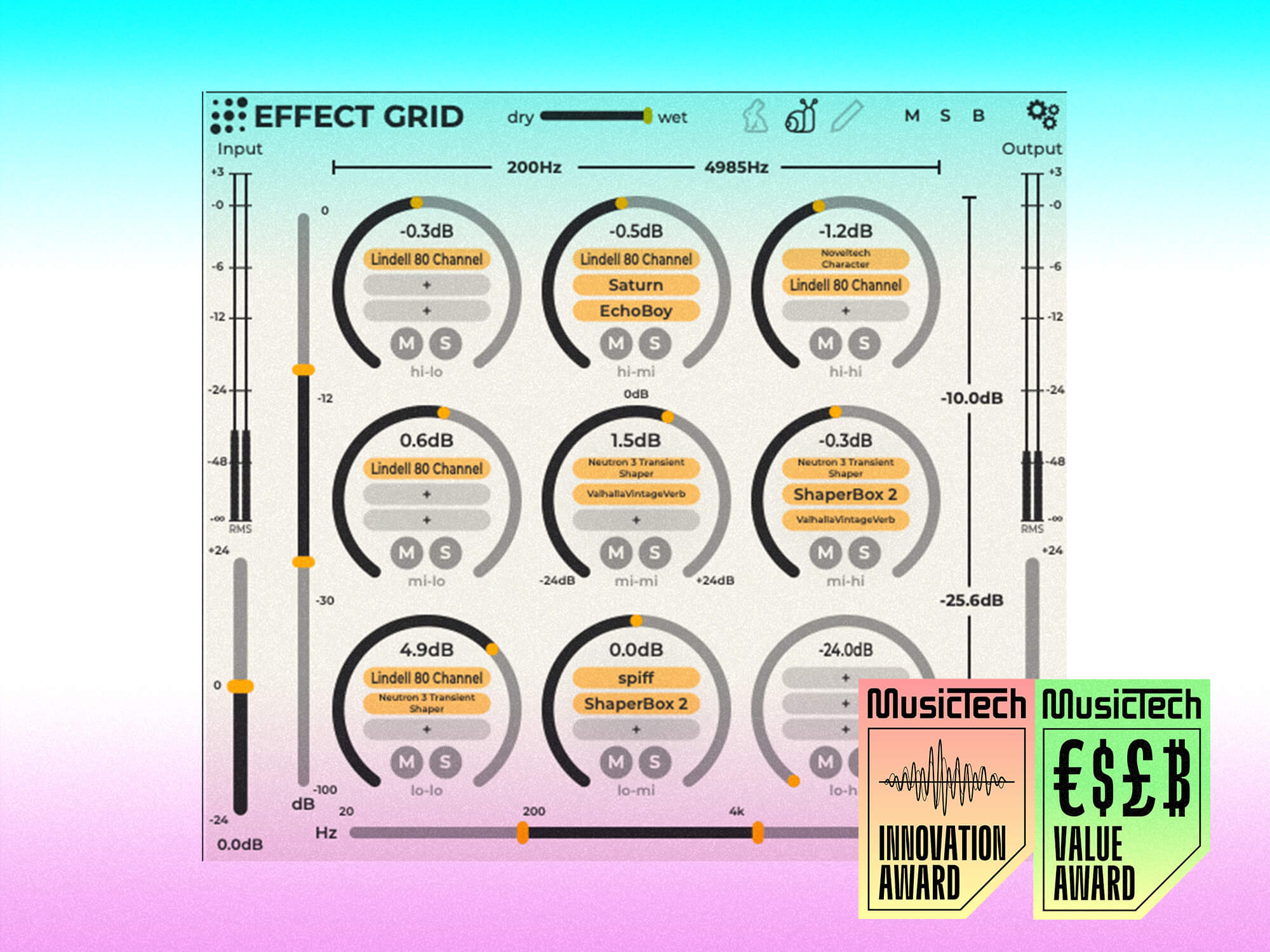 
Effect Grid goes beyond multiband and splits the signal not just into lows, mids and highs, but also quiet, medium and loud dynamics. This is presented in a 3×3 grid and you can control the volume of each band. However, it has another trick up its sleeve: Effect Grid is also a VST and AU plug-in host, with the ability to load up to three third-party plug-ins into each of the 12 bands. It’s a unique and highly flexible tool at a bargain price.

Each grid slot has a volume slider, mute and solo buttons, and three slots for loading plug-ins. Before you can do this, you’ll need to scan your VST, VST3 or AU plug-in folders. A small handful didn’t validate for us but, for the most part, all went well. One thing to point out here is that Effect Grid will allow you to load AU plug-ins in a VST-only host and vice versa.

Sliders along the bottom let you set the frequency crossover for the three bands, while the left slider configures the dB crossover for the dynamics. There are also fast and slow modes for transient or sustained material, plus the ability to set the attack and release time yourself. Finally, you have input, output and dry/wet sliders, and buttons to clear mute, solo and plug-in bypass. 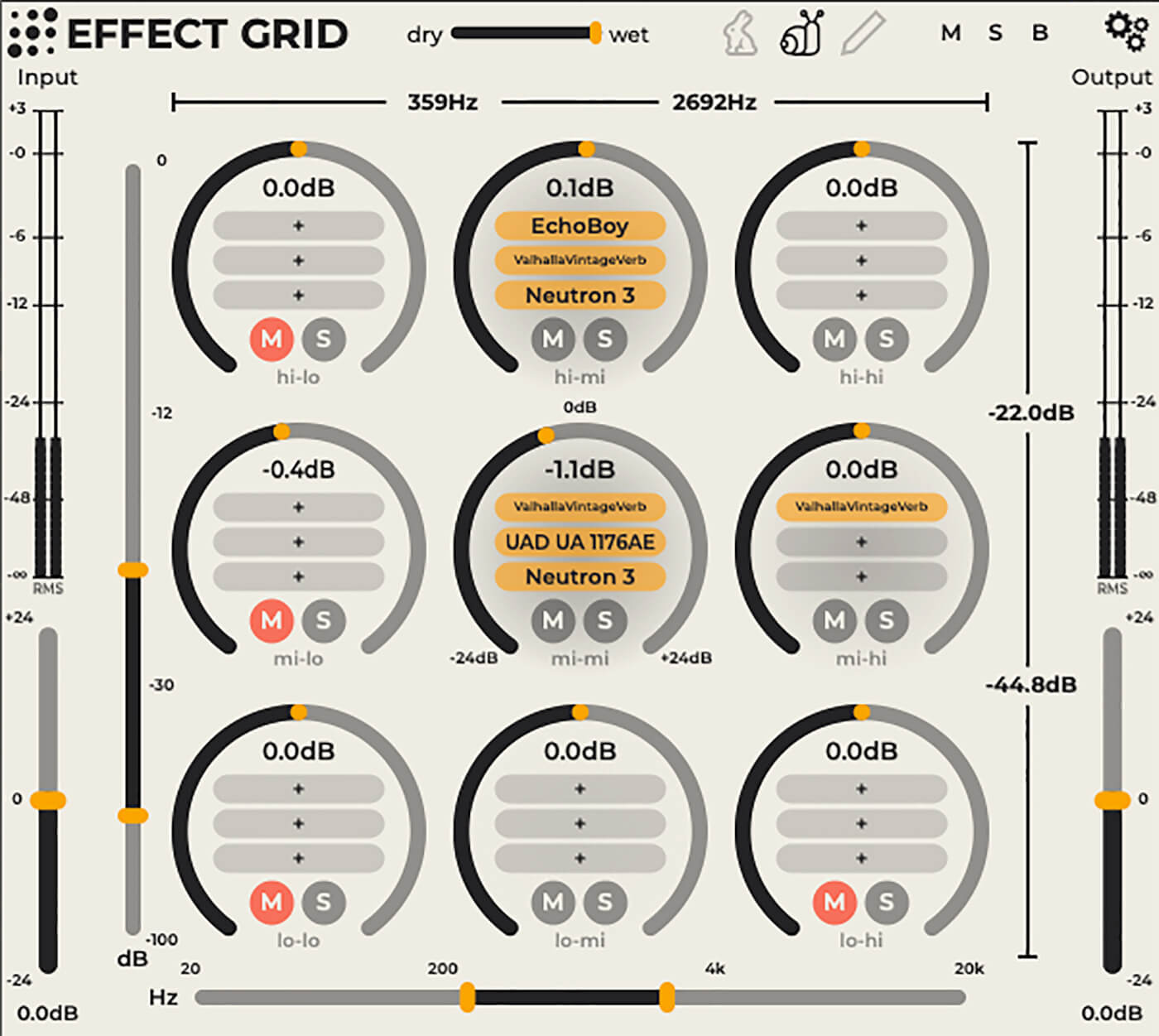 The nature of separating the signal into louder and quieter parts generally leads to the transient landing in the middle and top bands, and the tail in the bottom. We managed to achieve some clean-sounding, gating effects on drums by simply turning down the bottom row, and thus attenuating the tails. When you add additional plug-ins into the mix, things can get a lot more interesting. Some ideas include adding different reverb times to the loud and quiet parts of a vocal performance, only applying tape saturation to the loudest part of a drum beat to saturate the peaks, and manipulating the pan and stereo of different bands to achieve more width. Any panning has to be done via a plug-in though, as there’s currently no way to pan the bands directly in Effect Grid, which would have been a useful feature.

Some bands produce clicks when solo’d due to the dynamic separation. As such, we found it useful to use some sort of channel strip in one of the slots to help tame any wayward peaks or resonances. Of course, you have to be aware that stacking lots of plug-ins will quickly drain your CPU, so you may want to save more extreme effects for bussed groups or bounce the results to disk. As a nice touch, you can set any third plug-in slot to up to nine different bus outputs, giving you more options to use bus sends and additional plug-ins within your DAW. Although, unfortunately, this doesn’t work in Logic Pro. 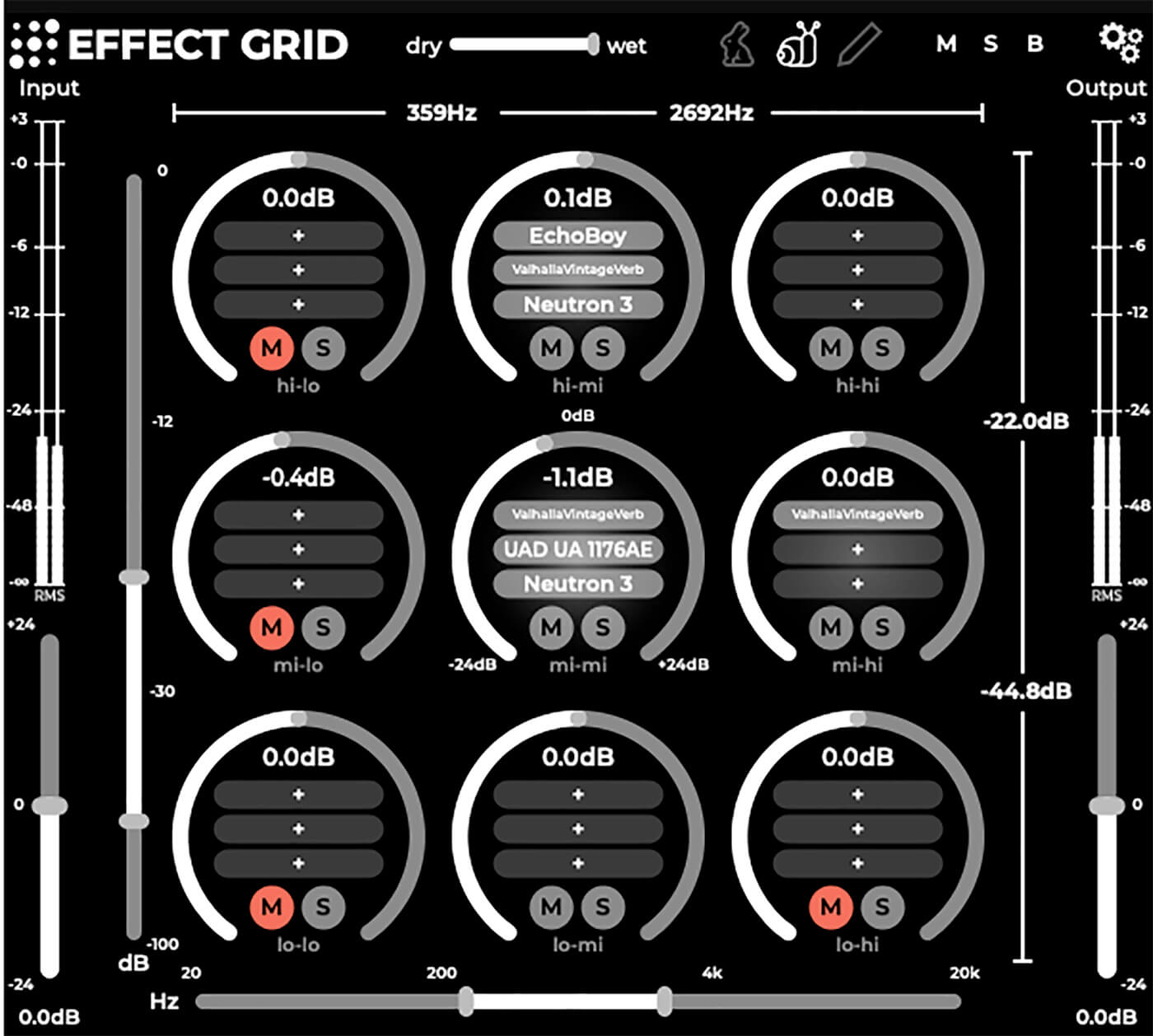 The plug-in cleverly gets around a potential nightmare of automation by allowing you to assign any parameter to one of 27 automation slots that you can edit in your DAW. The only real issue we came across in use was that timing on plug-ins such as delays needed manual adjustment to get tight.

Overall, this is an excellent, affordable and well-thought-out plug-in and our minds boggle at the creative possibilities. The developer has already announced plans for future updates and we’re excited to see how it progresses.