Cradle The Spirit review: A Grammy-winning vocal channel strip in an easy-to-use plugin

Producer Louis Bell teams up with Cradle to capture his Grammy-winning vocal production, but can The Spirit deliver the goods? 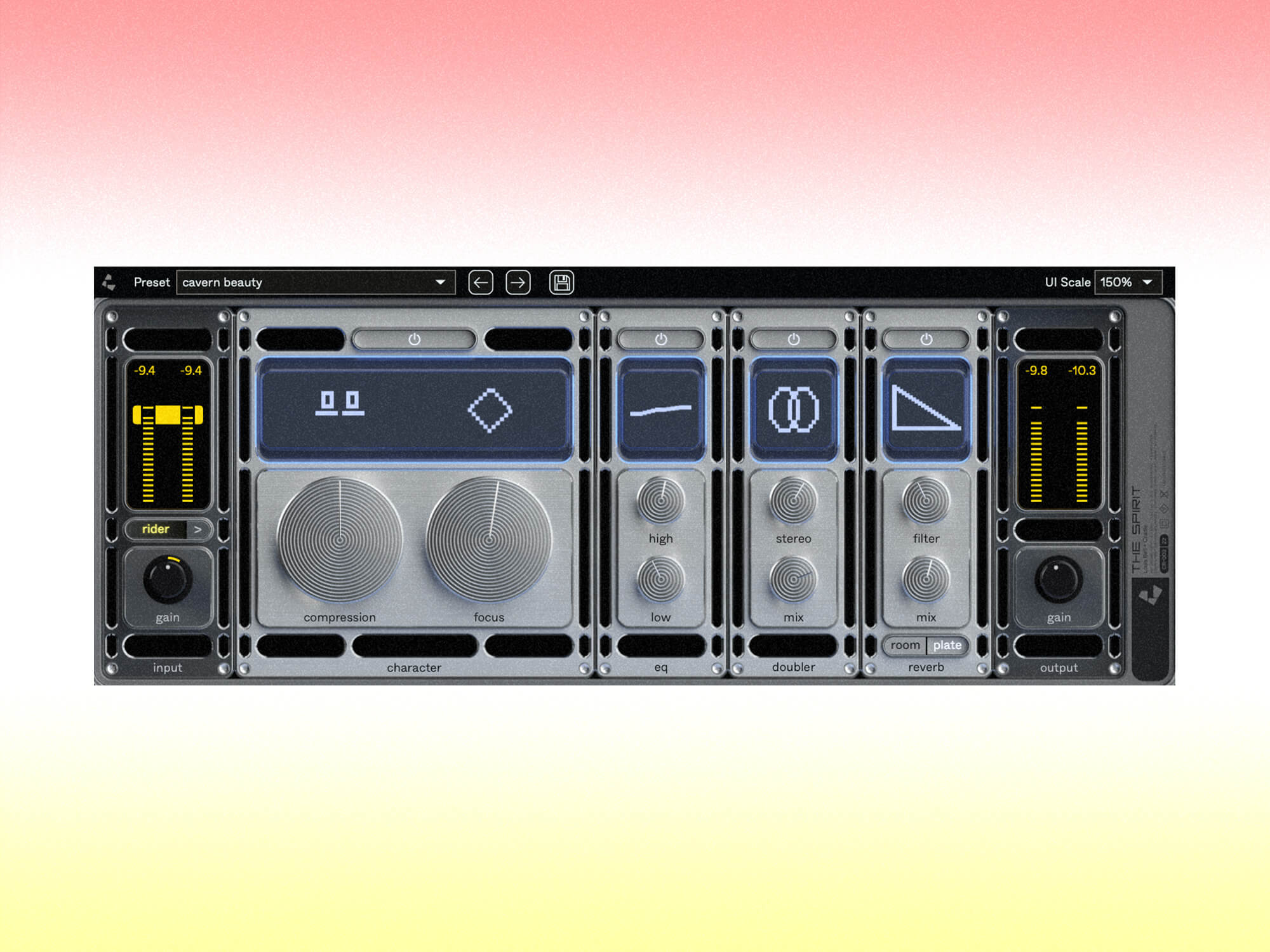 When Cradle released The God Particle in 2022, many were sceptical that such a seemingly simple plugin could create professional sounding mixes when placed on the mix bus. It has, however, proved a great success, and found its way into the toolbox of many engineers and producers. Now Cradle is looking to do the same with vocal production with its follow up, The Spirit. It attempts to encapsulate producer Louis Bell’s award winning vocal treatment process in an easy-to-use plugin. Bell’s credits include working with The Weeknd, Taylor Swift, Post Malone, Kanye West and Ed Sheeran to name a few, so he’s no stranger to crafting a perfect pop vocal. But can a single plugin with simple controls really get you a pro sound?

As with The God Particle, the GUI presents fairly minimal controls, with some of the heavy lifting going on under the hood, but it’s essentially compression, EQ, doubler, reverb and a volume rider. In terms of the signal chain, the first part is the input gain, where you can adjust the volume to hit a yellow square on the input meter. This is where Bell typically aims to get his vocals when producing into this chain. From here you can add a fairly effective volume Rider with controls for Speed, Amount and Floor. The Floor control is particularly useful for making sure things like background noise aren’t turned up, as it determines the input level below which the Rider will remain inactive. The Rider function itself is useful to get a more consistent level ahead of hitting the compressor.

This brings us on to the Character section, which, like the other modules, can be toggled on and off with a button at the top. It includes a dial for Compression and a dial for Focus, with both controls set to 12 o’clock by default. This is Bell’s typical starting point and you can either increase or decrease each by 50%. Cradle is light on the details here, but it mentions layered compression and EQ, so it’s safe to say there’s a fair bit going on behind the scenes. Straight off the bat, the compression is quite aggressive. Vocals are brought forward, but on several tests we did, so are the plosives. This means you may struggle to get a glued sound without making the transient parts of the vocal way too prominent. Of course this will massively depend on the vocal that you’re putting in, but some sort of simple timing control might have been useful here to help reduce the effect and make it more versatile. Alternatively, it might have been useful to have a de-esser somewhere in the chain to help combat this effect, but as it is, you’ll have to add one elsewhere. Assuming your vocal reacts well, then the combination of Rider and Compression can effectively help to punch the vocal through the mix.

The Focus dial adds a complex EQ curve that reduces the low mud and smoothly brings up the 1kHz to 5 kHz region, whilst also adding a couple of sharp cuts. There’s a little low frequency roll-off even when it’s set to zero, so you may need to rebalance using the separate EQ module if the voice starts to sound too thin. As much as we’re against the idea that one EQ setting can work on multiple sources, it’s actually quite effective at lifting the vocal away from the mud region, without ever sounding harsh or too aggressive. It’s best used in conjunction with the EQ section, which features fixed low and high shelves. The high shelf in particular can add a really nice sheen that helps to give a radio-ready sound. Obviously you’ll have to be a little careful that you don’t over bake it, but the simple controls mean that you can’t really go too wrong here, and even the extremes are relatively tasteful.

Moving on, there’s the Doubler section, with controls for Stereo and Mix amount. It’s not the nicest doubler effect we’ve ever heard, and it sounds a touch phasey when turned all the way up, but when blended subtly, it can add an effective sense of additional depth and width. Finally then, we have the Reverb section, where you can choose from Room or Plate settings, and have controls for a low pass filter and the Mix amount. These are both decent sounding algorithms with smooth tails that help add a sense of polish to the vocal, without getting in the way. That said, some additional controls for pre delay, reverb time and perhaps a ducking function would be very welcome, especially as the Plate has quite a long decay, which could limit its use on faster and denser tracks. Thankfully, you have the option to set the Mix dial to 100% and use The Spirit as a reverb on an aux bus, which means you could set up ducking and other effects if you so desire.

And that’s pretty much it. There’s an output gain, which you’ll need to adjust to volume balance the output, and only seven presets. This is perhaps an indication of The Spirit’s relative lack of versatility. That said, this plugin hasn’t been designed for creativity and flexibility. It’s been crafted with a singular, polished and upfront vocal sound in mind, and for that it’s pretty effective. It has a very low CPU hit and also zero latency, meaning it can be used in tracking to instantly give a singer a more finished sound, which can in turn, help them to give a more confident performance. Or it could, in fact, be used on any mid-range instrument that you want to enhance and bring forward in the mix.

The lack of a de-esser (and perhaps a useful delay effect), plus the overly aggressive nature of the compressor hold The Spirit back. However, the well chosen Focus and EQ sections, plus the smooth reverb can give instant, high quality results. It won’t work on every vocal performance, and you may need a few additional plugins to finesse the results, but The Spirit can still deliver an impressive, polished vocal sound in a matter of seconds.