Jaycen Joshua’s entire analogue workflow condensed down into a single plug-in – but is it really the only thing you need on your mix bus? 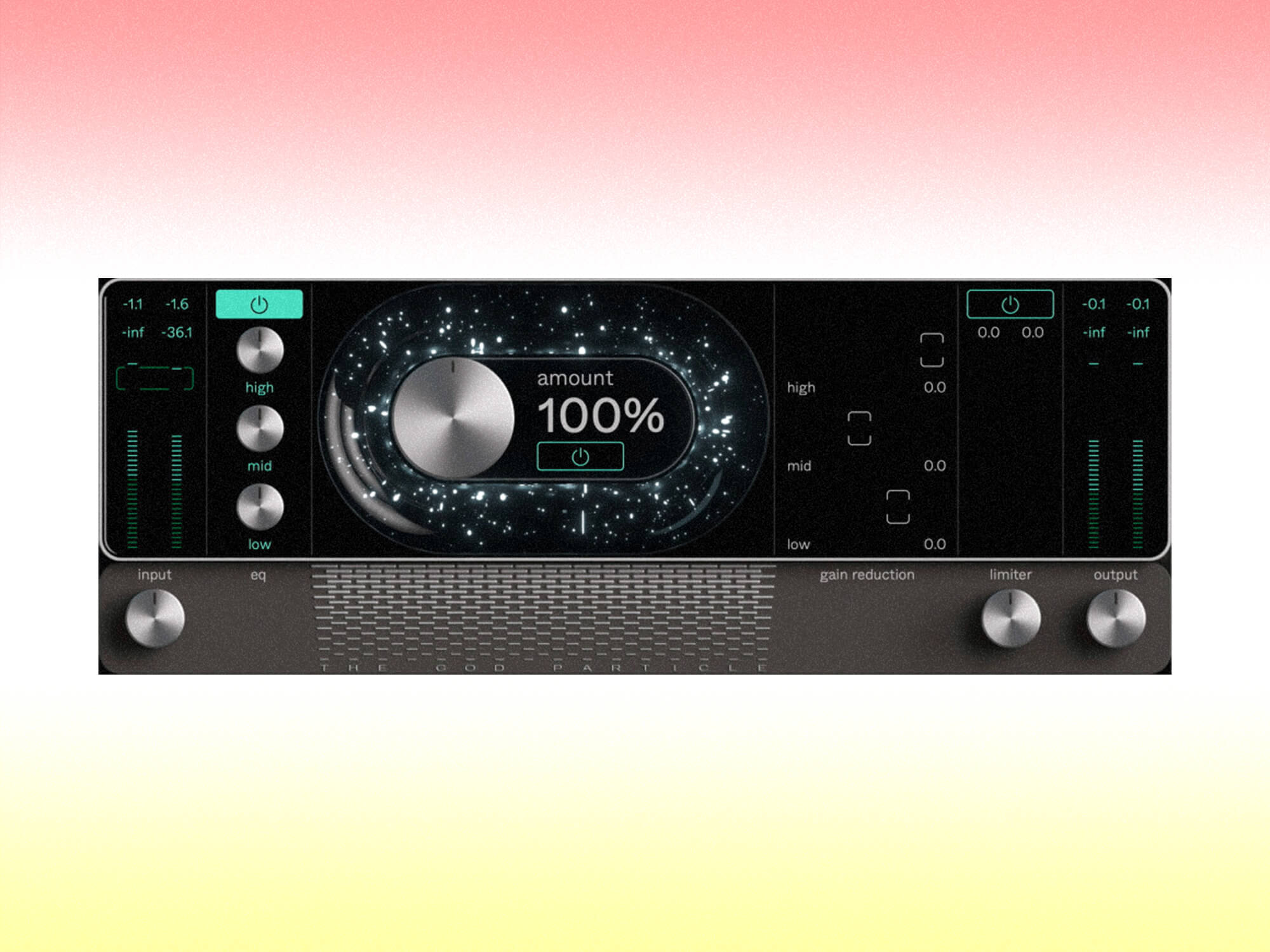 ⊕ Very quick to use
⊕ On the right material, it’s a very effective all-in-one processor
⊕ Low-latency and CPU hit
⊕ Can help glue a mix

It’s easy to get caught up in the finer details when tweaking a mix. But, sometimes, you just want to get a professional sound quickly and get on with the more creative stuff. The God Particle is designed to do just that, by reducing 15 times Grammy winner Jaycen Joshua’s (Beyonce, BTS, Whitney Houston) analogue workflow down to a single easy to use plug-in. But can it really do the job of many processors, or is it all style and no substance? If you’re going for a modern, upfront sound, then it can help to get you there quickly, and it’s a good tool for inexperienced producers, but the lack of control may put off more experienced engineers.

Three years in the making, Cradle says it’s the only plug-in you’ll find on Joshua’s mix bus, and he starts every mix with a specific setting that he mixes into. This is the default state for the plug-in, and the only preset on offer. Cradle is a little coy about the complex array of processes going on behind the scenes, but it’s essentially a mix of EQ, multiband compression, saturation/excitation, widening and limiting.

The overall effect of the plug-in is controlled by the large Amount dial in the centre, which is surrounded by a pretty, but ultimately pointless, moving light display. This goes from 0 to 200 per cent and adds increasing amounts of the thickening effect, with Jaycen’s default set to 100 per cent. This is flanked on the far sides by input and output controls, with peak and RMS metering, and also three meters showing gain reduction for the low, mid and high multiband compression bands.

Both the input and gain reduction meters have green brackets that indicate where Joshua likes to have his mix levels to create his signature sound. You can use these to get your mix in the right ballpark before cranking up the Amount, and there’s an additional high, mid and low pre-EQ that you can use to make further adjustments. Of course, these targets might not sound satisfactory on your specific material, so it’s best to trust your ears.

The final section, is an adaptive limiter that preserves dynamics and transients whilst achieving a competitive loudness. This is a useful addition for knocking out quick masters, but some may prefer the control of a dedicated limiter plug-in. We’re surprised Cradle went with RMS metering instead of LUFS on the input and output – LUFS would be a smarter match for working with the limiter and aiming for modern streaming targets. A nice extra touch is the ability to switch the sidechain from internal to external. This means you could do some more traditional ducking when using the plug-in on a bussed group, or you could use the whole mix as an external input to retain its glue-ing effects when bouncing off stems.

In tests, we were shocked to discover that on certain tracks, we could remove a mix/master chain of more than 10 plug-ins and achieve a similar sounding result just using The God Particle and a little pre-EQ. The fact that its relatively low on CPU usage and latency helps make this an even more attractive prospect. That said, it didn’t work in all situations, with some tracks sounding a little too hyped, dull or excessively wide. This is likely because it’s recommended that you mix into the plug-in from the start, so your mixing decisions will change accordingly.

Some producers may scoff at ‘one-knob wonder’ plug-ins that do a lot of processing and hide the workings and controls away but, we have to admit, we’ve warmed to this one. It’s arguably aimed more at beginners and beatmakers that want a quick fix, so if you like to tweak then maybe this isn’t for you. The limited controls also mean that it’s going to funnel your mixes more towards a specific sound, which won’t work for all genres and tracks.

Maybe a future version could give a few more controls to increase its flexibility, as it’s a little pricey with the current feature set. All this aside, the results speak for themselves, and when it works, it’s remarkably quick and easy to use.