CrushShaper gives you maximum control over your lo-fi crunch. It’s time to take your audio 8-bit and beyond. 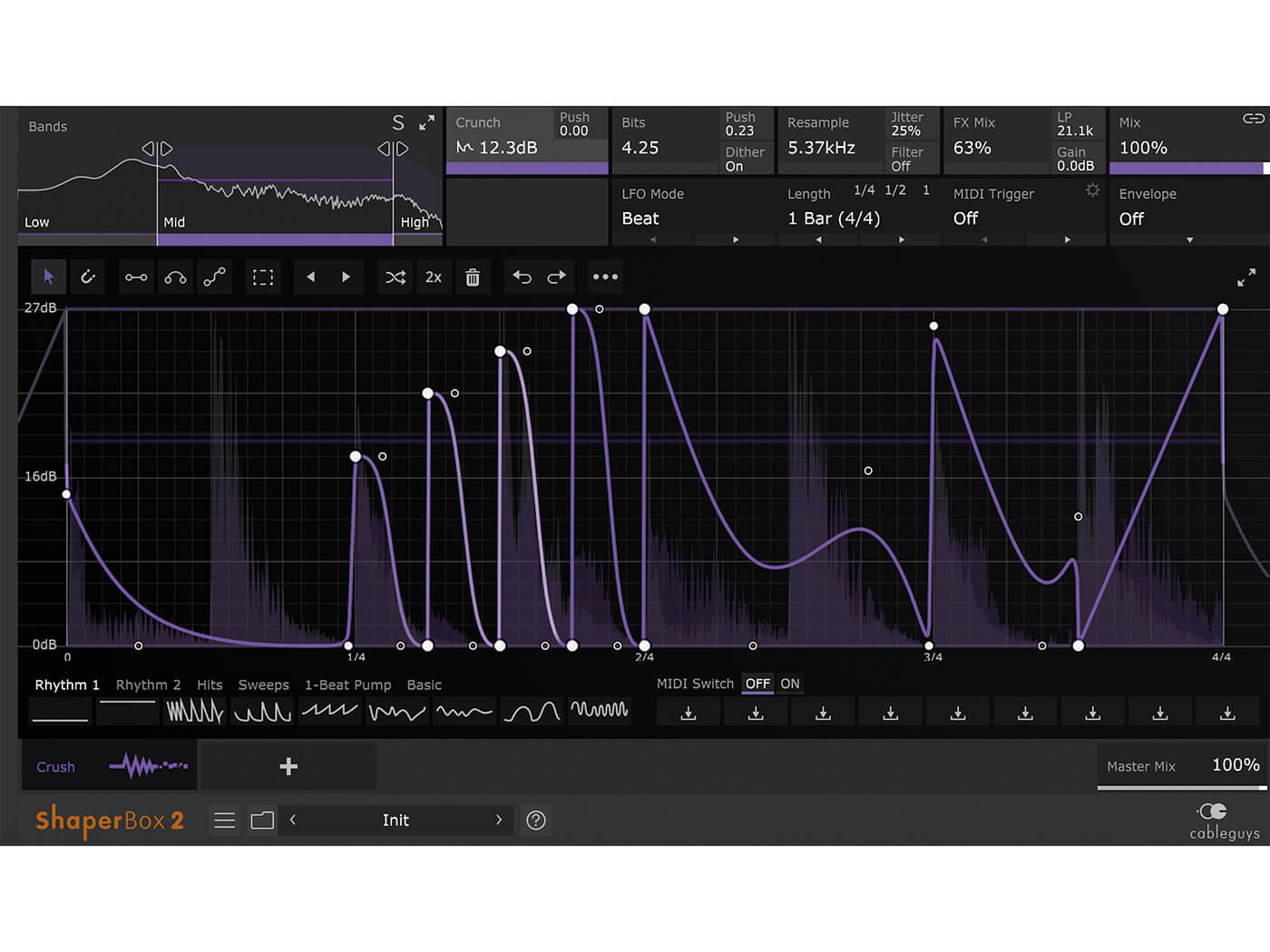 The ink had barely dried on our Cableguys’ ShaperBox 2 review, when we were sent an email informing us of a whole new effect! CrushShaper features the same custom LFOs and multiband operation, but this time with a focus on lo-fi digital crunch sounds. It can be purchased separately or with the full ShaperBox 2 multi-effects suite (now with a total of 6 Shaper modules: Volume, Filter, Pan, Width, Time & Crush). But is this a worthy new addition to the package?

CrushShaper features three main processors that allow you to mangle and distort your audio, and each has additional controls to refine the sound. The first is Crunch, which adds an aggressive fuzz and grit, with a Push amount adding an extra tonal flavour via asymmetric distortion. Next there’s Bits, which gives you 8-bit degradation and beyond, with a Push amount and Dither to help improve the dynamic range and reduce quantisation distortion.

Finally, there’s Resample, which can provide some retro digital overtones, with a Jitter control to mimic the random fluctuations of hardware, and a Filter to reduce aliasing. Just these controls can give you a wealth of lo-fi sounds, from highly aggressive, digital distortion, to the low-level noise of a vintage sampler. However, this is only the beginning, as you have low, mid and high bands, each with variable slopes, allowing you to focus your processing on different parts of the spectrum.

Using this, you could leave the low-end alone to keep the bass intact, whilst adding some sizzling excitement to the upper frequencies. In addition, you can also modulate the Wet/Dry of each band, add a LP filter to smooth your wild distortions, and then blend the lot with a master Mix dial.

The main trick though, is the ability to draw custom LFOs and also add a flexible Envelope Follower for each effect, on each band. That’s quite a lot to think about! The centre portion of the resizable GUI allows you to use an array of pen tools to create complex shapes, curves and patterns. These can be synced to the host or triggered via MIDI, and can be set to bars and beats, or Hz, with the ability to run into the audio range for crazy sound design tricks. There’s also an Envelope Follower with side chain input, which has an array of controls to fine tune how it reacts to the signal.

The shape of things

Other features include 54 wave presets, plus nine slots to store user waves (which can be triggered via MIDI), and a selection of decent presets. All of these controls come together to form a highly flexible, creative and fun package. We tried adding CrushShaper to a bunch of different sounds and came up with a variety of useful effects, from glitched, crunchy drums and screaming, distorted basslines, to more subtle noise sweeps and gated patterns on pads.

If you read our 10/10 review of ShaperBox 2, you’ll know that we rate it highly. CrushShaper features much of the same functionality, and is a free update for anyone who owns the full package. If you’re just looking for a creative and flexible digital distortion effect, then this is a great option as a standalone, but we would highly recommend spending the extra on ShaperBox 2, as combining the crush effects with moving filters, panning and more can create more nuanced results.

CrushShaper isn’t a bread-and-butter effect that you will turn to for every track. Like any digital degradation effect, it’s fair to say that this will be of most interest to those writing lo-fi and glitch style music. That said, it has opened our eyes to some new possibilities for using these effects in more subtle ways, to add texture to cleaner sounds.

There are several plug-in options available for adding digital, retro crunch, but none that push you to use it in such a creative way. Being able to modulate these kinds of effects so quickly and flexibly gives them a different place in your toolkit, and utter audio carnage is never far away. It’s also especially useful to be able to hone in on different parts of the spectrum or on specific hits in a loop. 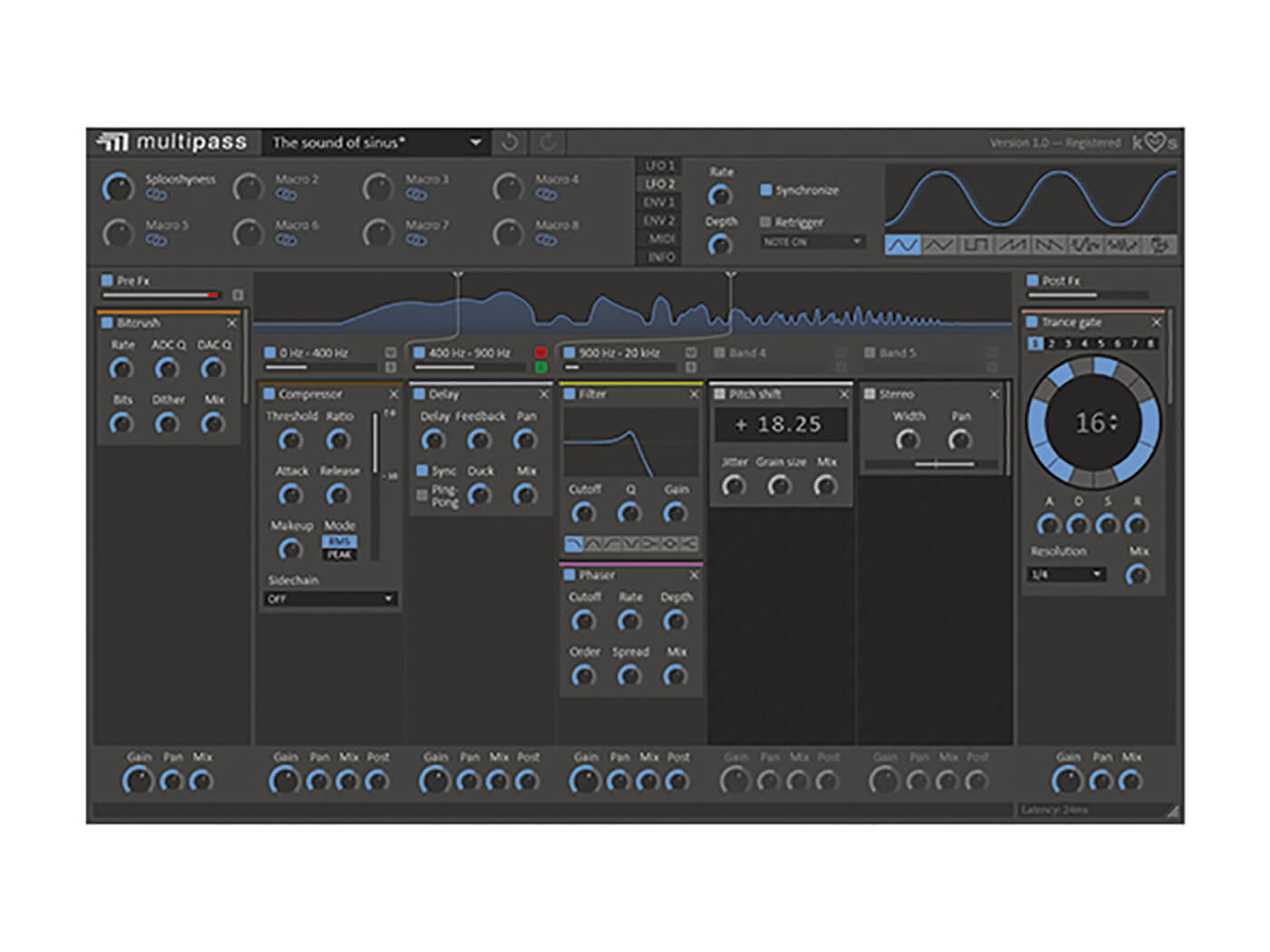 Kilohearts Multipass allows you to split up the spectrum, apply effects and then modulate them using a range of flexible modulation sources such as LFOs, envelopes and pitch tracking. You can buy additional effects, called snapins, such as the Bitcrush effect, and then modulate as you see fit. 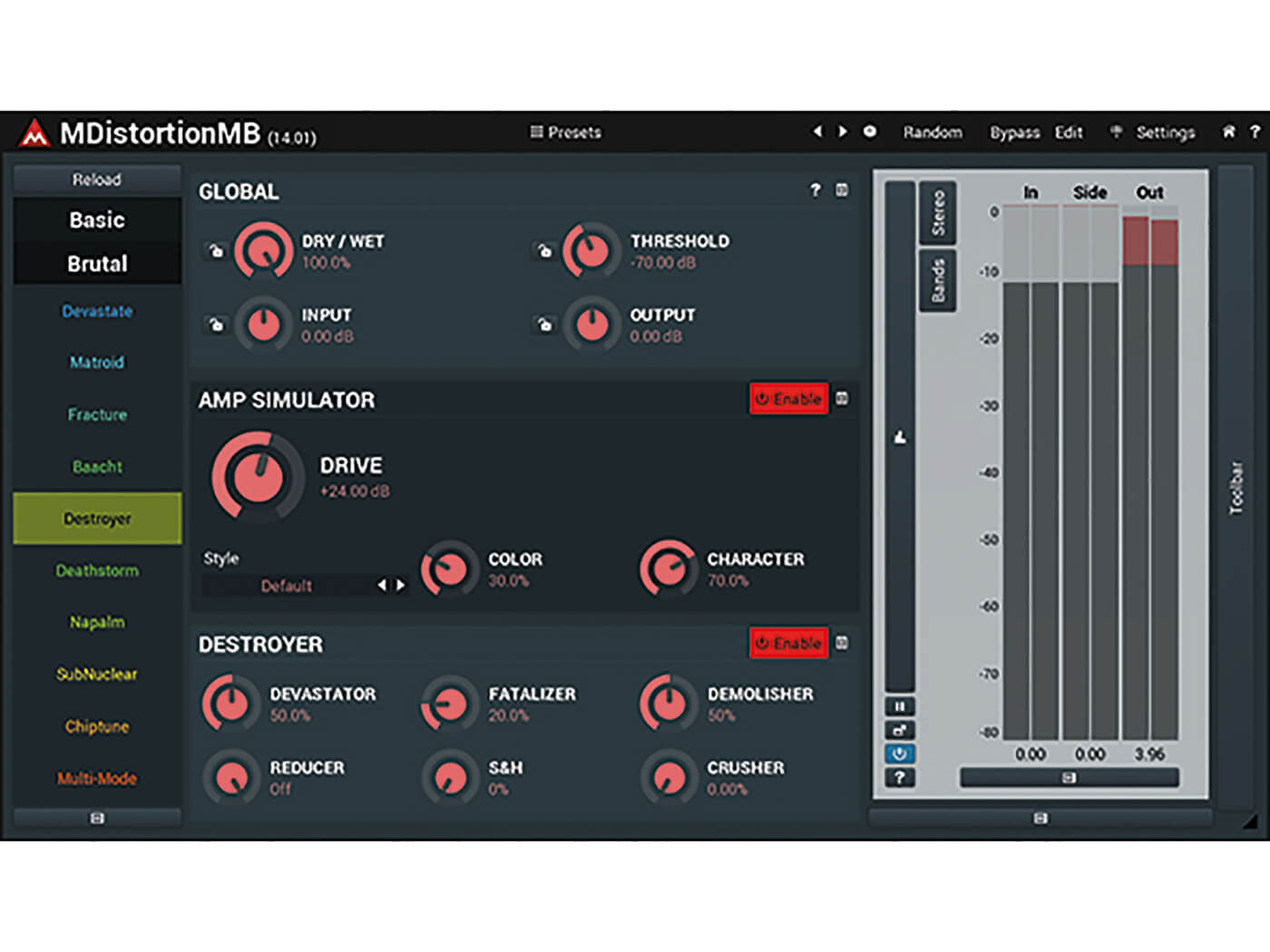 MDistortionMB features up to six bands with an amp simulator plus digital distortion effects. You can add movement via four modulators that can work as an LFO, level follower, MIDI/audio triggered ADSR, enveloper, randomiser or pitch detector. It’s not as intuitive as CrushShaper, but beneath the hood is a complex and flexible plug-in.