Can this new plug-in match (or better) Auto-Tune for live and graphical pitch correction? Tune in to find out. 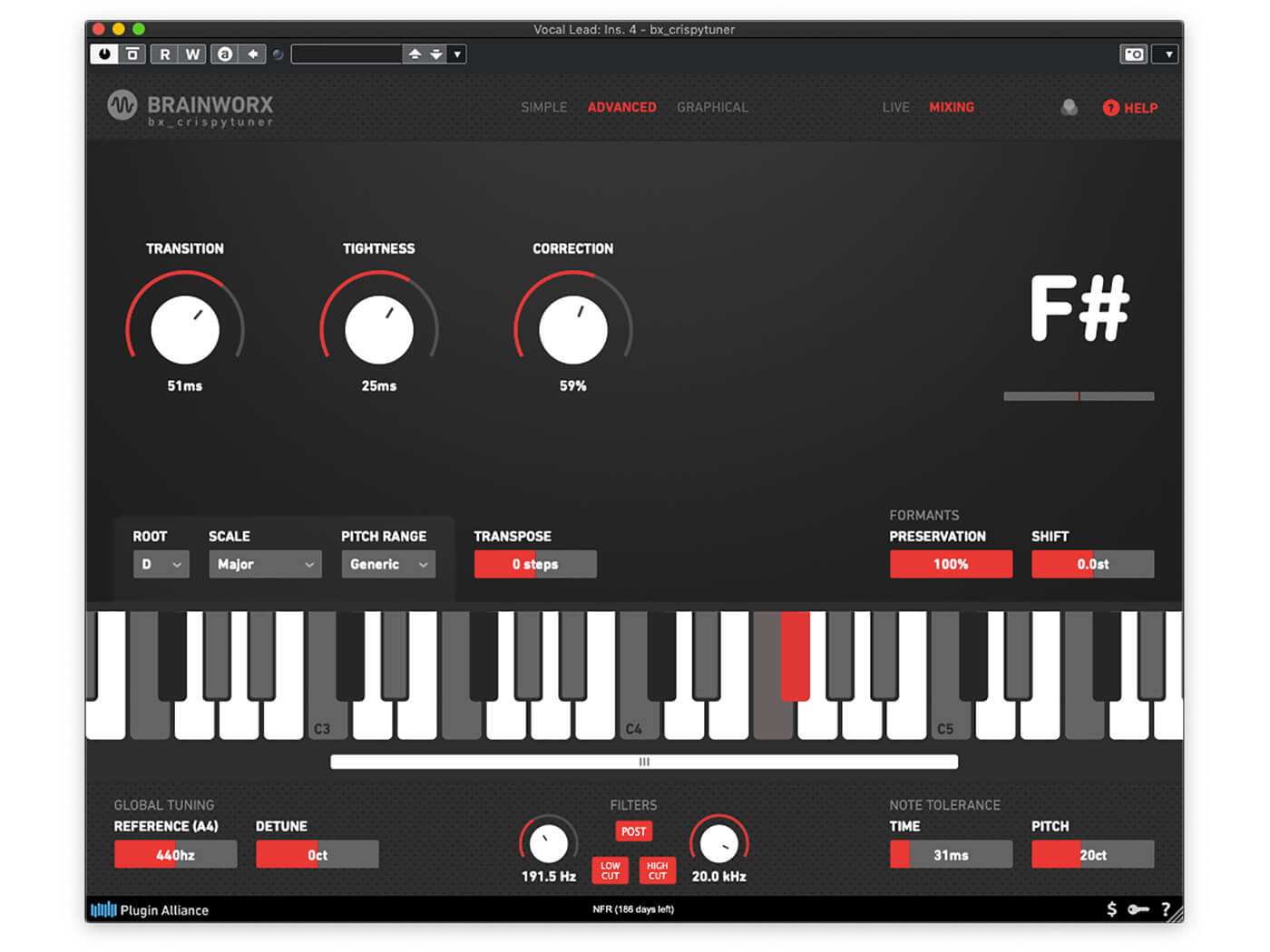 ⊖ Edit grids in plug-in windows are, by nature, a bit clumsy

Auto-Tune has become so solidly established that the effect it produces is named after the product itself. But if Brainworx have their way, perhaps we’ll start calling the effect Crispytuning.

Although a corrective process at heart, vocal pitch correction in contemporary music has become as intrinsic a part of music production as compression, delay and reverb. The market for this type of pitch correction plug-in is dominated by the many flavours of Antares Auto-Tune, but Brainworx hopes you will find their new bx_crispytuner plug-in a more tempting proposition.

The bx_crispytuner plug-in has two engine modes – Live and Mixing – and three editing modes – Simple, Advanced and Graphical. When running in Live mode, the plug-in operates with zero latency, ideal in live situations and when tracking vocals that use tuning effects as an intrinsic part of their sound. Live mode comes at the cost of accuracy, though, and disables the Graphical editing mode. Once that vocal is recorded in Live mode, you would typically switch over to Mixing mode, and you wouldn’t use Live mode at all if only working with pre-recorded parts. 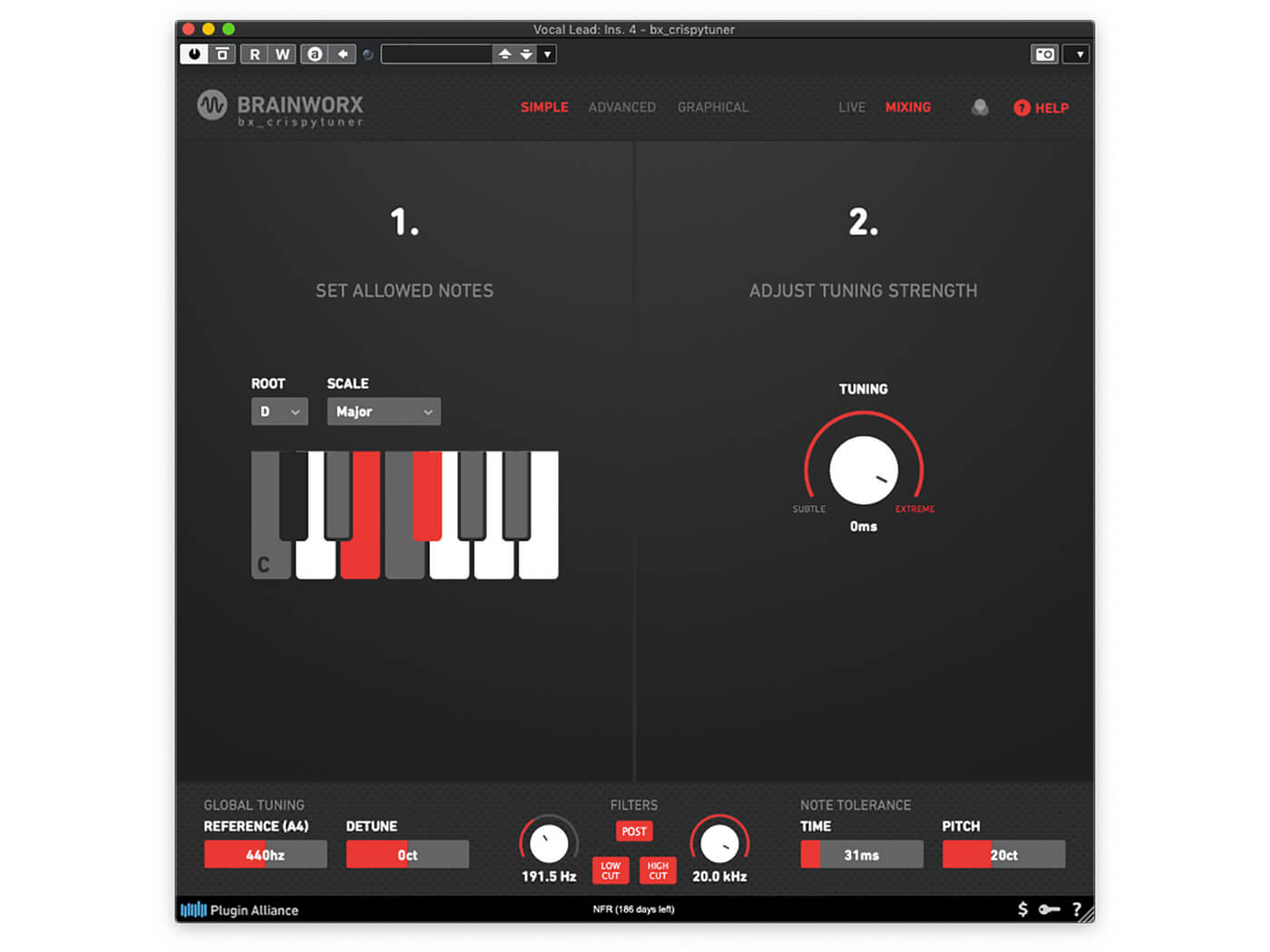 Setting things up using Simple mode involves just two steps: Tell bx_crsipytuner what scale or notes to target using a couple of dropdown menus and a one-octave keyboard graphic, and then dial in the desired effect strength. Switching to Advanced mode adds a full six-octave keyboard to define different target notes within each octave, and a new set of three dials that provide more precise control over the pitch correction effect. Things are still simple enough to configure, though, being barely any more complex than in Simple mode.

For fine pitch adjustment, there’s Graphical mode. This shows a piano-roll style grid editor with blocks representing each detected note overlaid by lines representing the amount the incoming pitch varies from that note. It’s a view that should be familiar if you’ve ever used any other pitch correction processors, especially Melodyne. A set of cursor tools allow you to edit the blocks and lines on the grid, intricately controlling the effect on a note-by-note basis. The plug-in window can be resized to accommodate a sizeable edit grid, but working on such grids within a plug-in window always feels a bit clumsy; you forget you’re working in a plug-in and so hit shortcut keys that are ignored by the plug-in but that may delete or undo something in your DAW. That unavoidable clumsiness aside, the editor works very well. 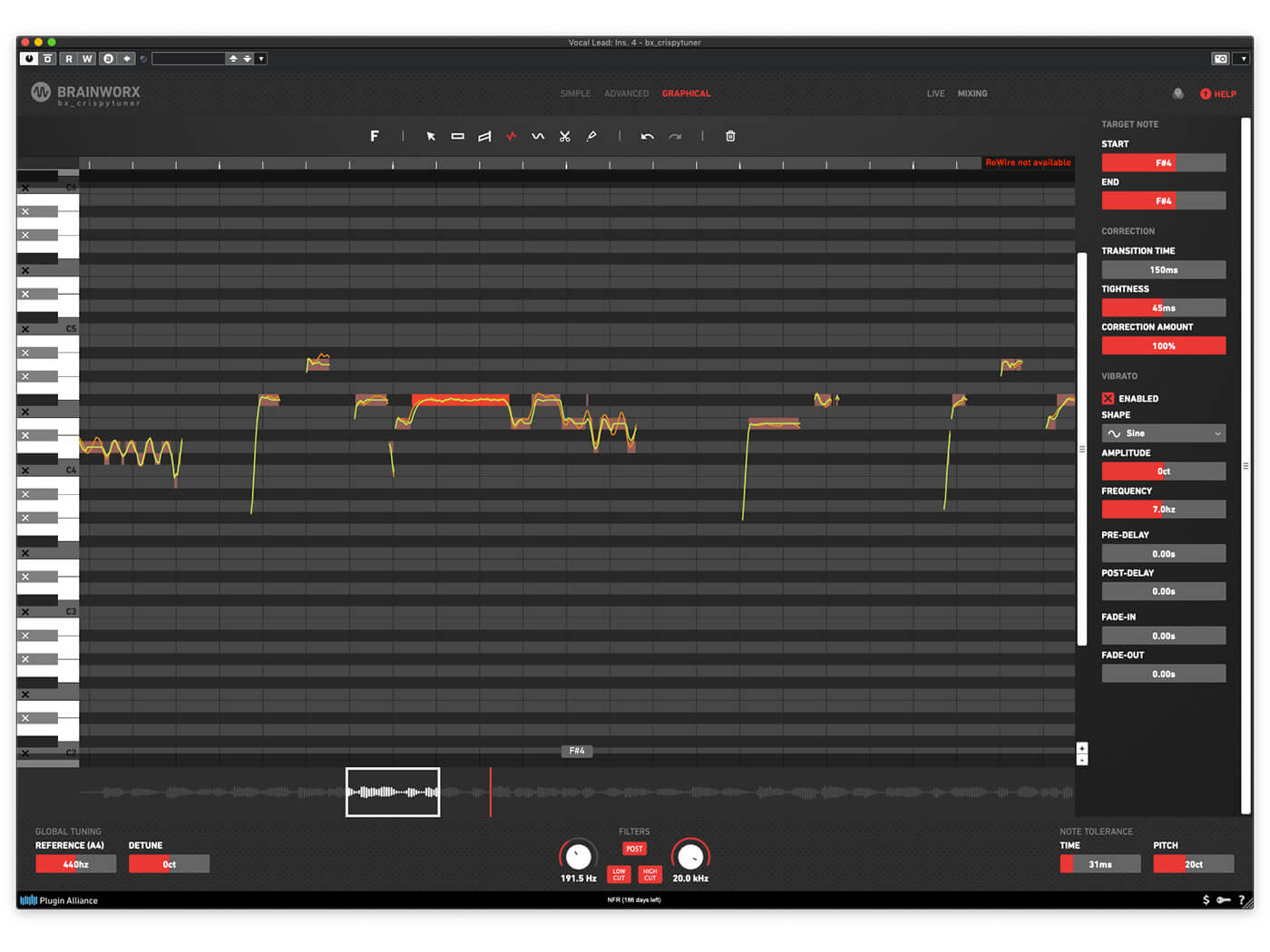 Alongside the specific editing modes, bx_crispytuner has a set of global parameters that are always accessible. Global Tuning allows you to set the A4 reference frequency and provides a master detune slider. This is followed by a high- and low-pass filter section that can operate pre or post pitch processing, and a pair of sliders for controlling the plug-in’s pitch and time tolerance, which can have a significant impact on the response of the processor.

Although Brainworx’ new offering does feel slightly more versatile, truth be told there’s not a vast difference between bx_crispytuner and Auto-Tune Pro. They’re identically priced (when not on special offer), similarly featured, and both come with companion key/scale detection plug-ins. It’s slightly surprising that Brainworx hasn’t opted to differentiate on price, which means ultimately it’s a choice that will rest on very finely-balanced judgements and personal preferences – but at least there is now a choice! 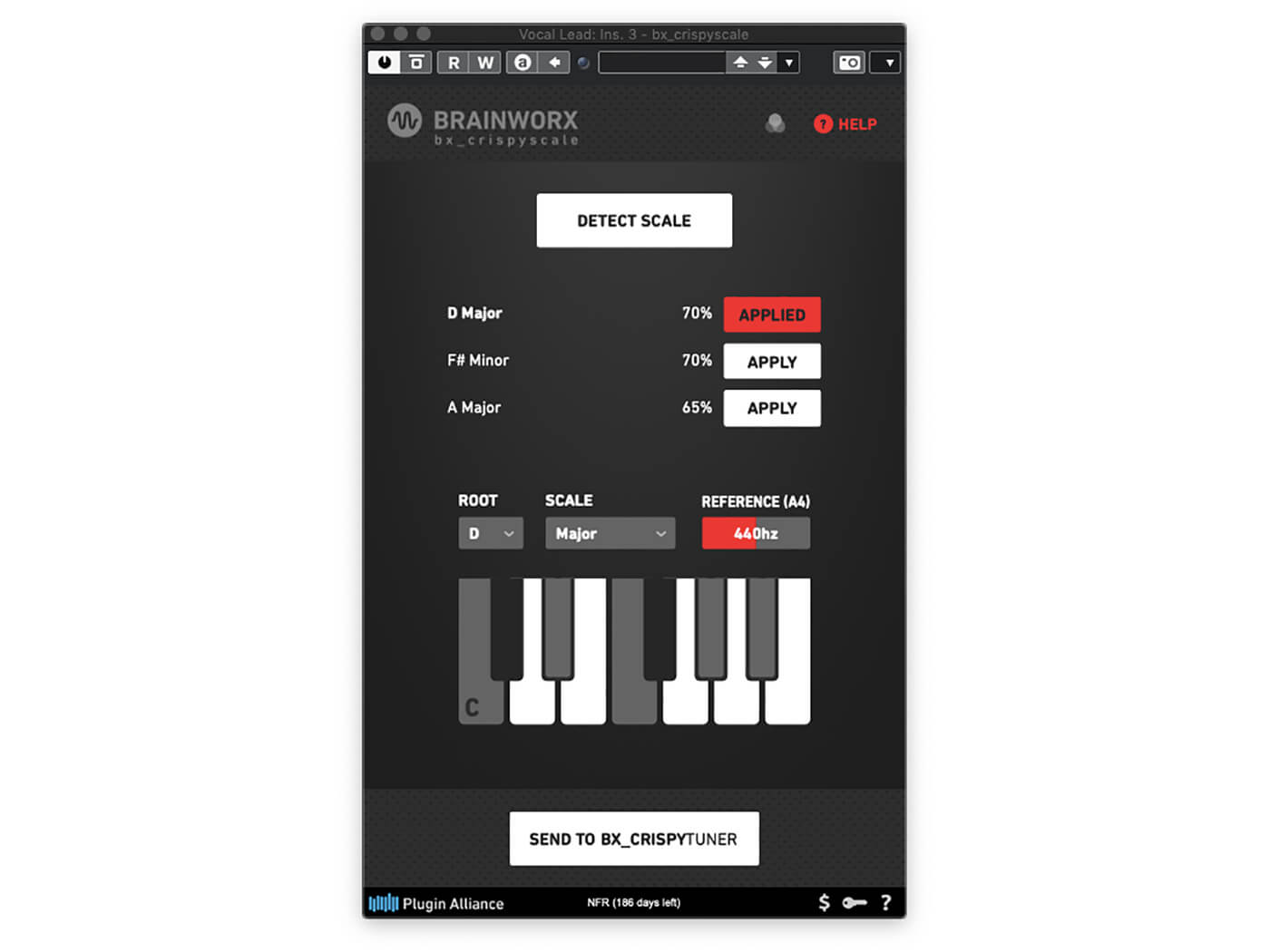