The modern vogue for AI everything feels like the 80s penchant for the word “turbo”, but sometimes buzzwords are more than just overblown hype. 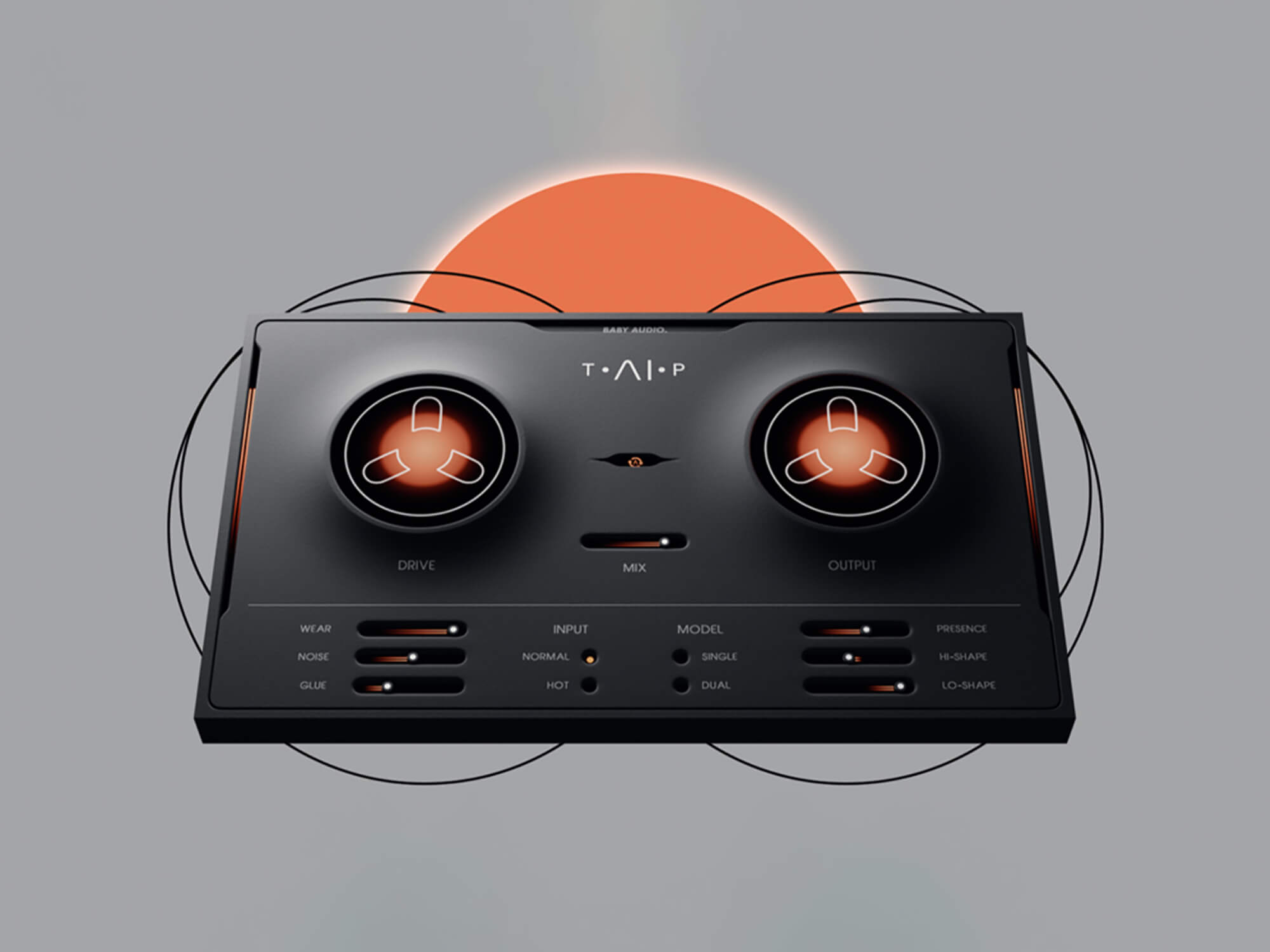 Many plug-ins exist that seek to emulate the quintessential sound of audio recorded onto and played back from analogue tape. These tend to use stacks of intertwined DSP algorithms designed to approximate the analogue stages’ sonic impact that is ultimately responsible for that ‘tape’ sound. However, this is not how Baby Audio developed its new TAIP plug-in. Instead, it created an AI neural network (hence the “AI” in TAIP) and trained it with lots of comparisons between dry and tape-recorded versions of the same audio. Add in a few controls to affect the simulation parameters and what you get is a remarkably versatile tape emulation plug-in.

The majority of the plug-in’s panel is taken up by a pair of stylised tape reels that turn when your DAW is playing, which looks cool but adds unnecessary weight to your DAW’s graphics workload. They aren’t purely decorative, though: Dragging on the left-hand reel adjusts TAIP’s input Drive, while the right-hand reel controls the output level. An orange disc at the centre of each reel visualises the current parameter strength, with a numeric value also shown when hovering over the reel. 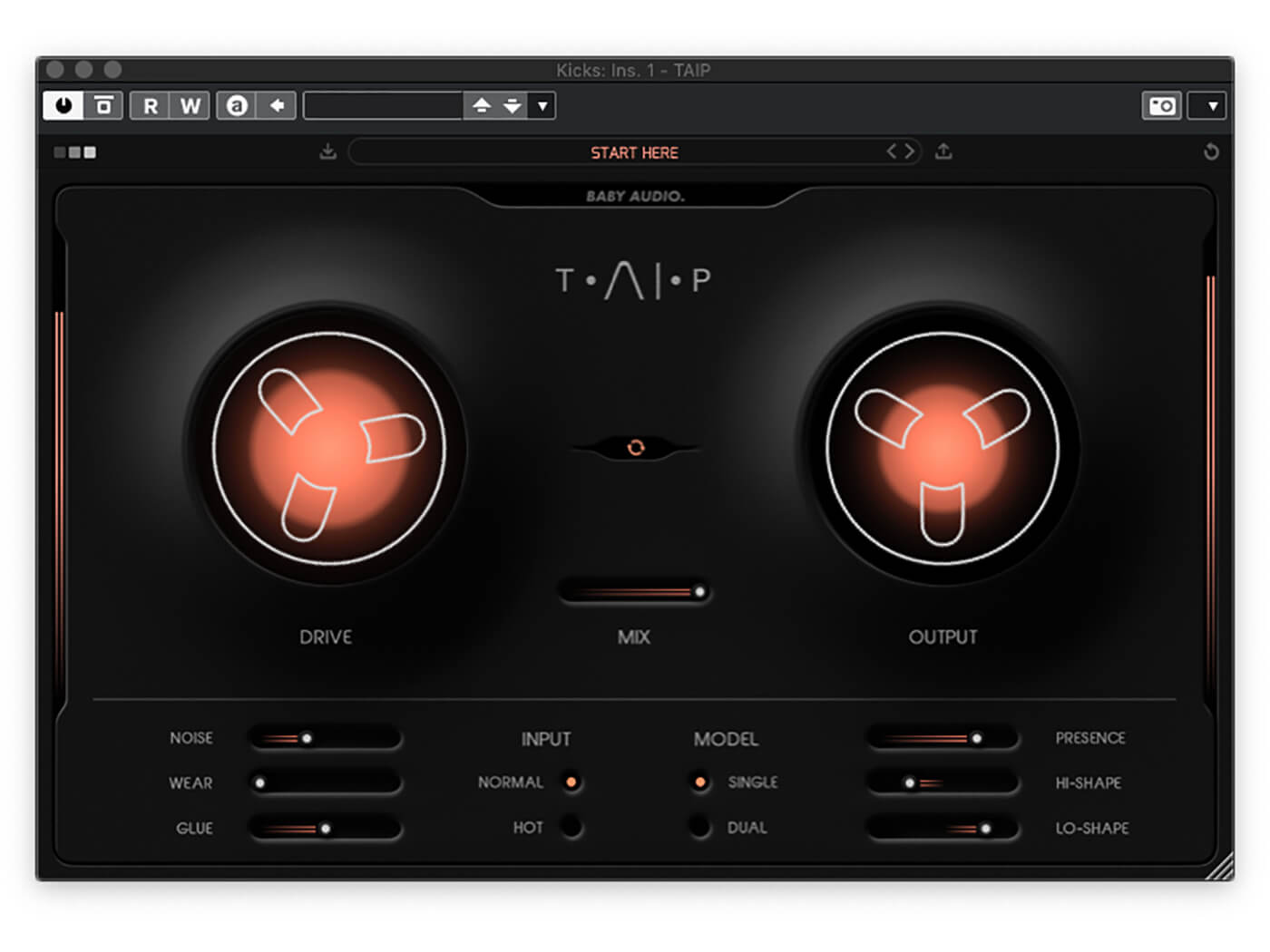 You control the finer details of the emulation using the sliders and buttons in the lower portion of TAIP’s panel. You can switch input gain between normal and ‘hot’, the latter making it easy to create heavy saturation effects. There’s also a choice between Single mode, which emulates a single tape machine, and Dual mode, where two tape emulations are chained together, with each generating half of the dialled-in Drive value, resulting in a slightly denser, weightier effect.

Hi-Shape and Lo-Shape parameters change the saturation response to enhance the saturation of either higher or lower frequencies. Although not tone/EQ controls as such, these afford immense flexibility over the character of the effect. TAIP also models the characteristic high-end drop-off of analogue tape, making for an even more convincing emulation, but you can control how strong this is (or dial it out completely) using the Presence parameter. 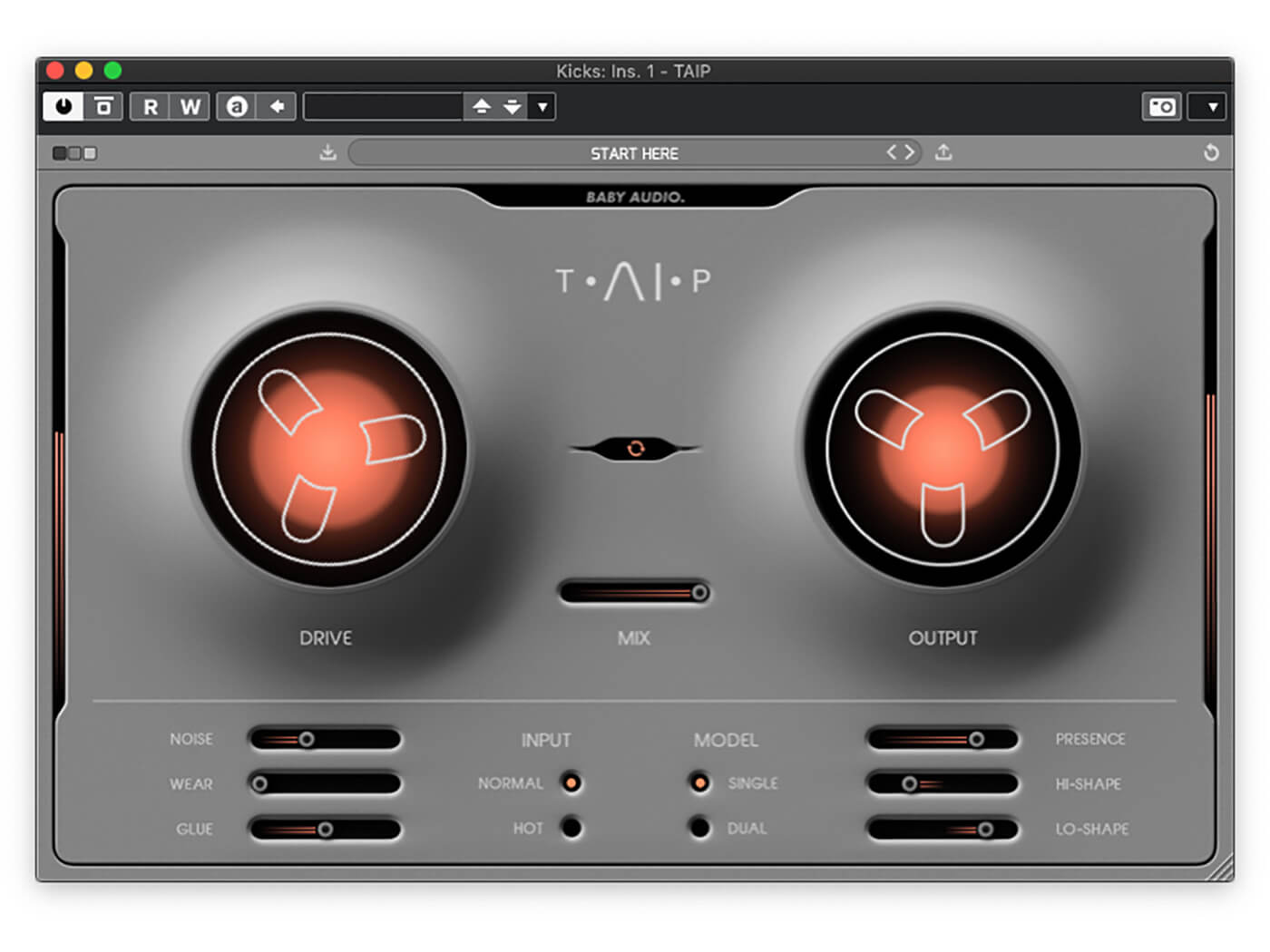 If you’re looking for a tape sim, you may have some idea that you want to give your sound some character. TAIP has this covered. You can modify the condition of the emulated tape machine with controllable tape hiss and a Wear parameter that introduces the sort of wow and flutter you’d get from worn drive belts and tired motors. Wear also introduces a loss of top-end and detail to simulate worn tape heads. A really neat trick with the Wear control is to set the plug-in’s Mix parameter to less than 100 per cent wet to create a wonderfully sweet tape flanging effect. Glorious stuff.

Finally, the simulation of that classic warm fuzzy tape compression sound is controlled using TAIP’s Glue parameter. You can dial out the compression completely or exaggerate it to such an extent that TAIP acts more as a compressor than a tape emulator. Used across sources like drum kits and stem mixes, this binds the sound together with a satisfying cohesiveness. 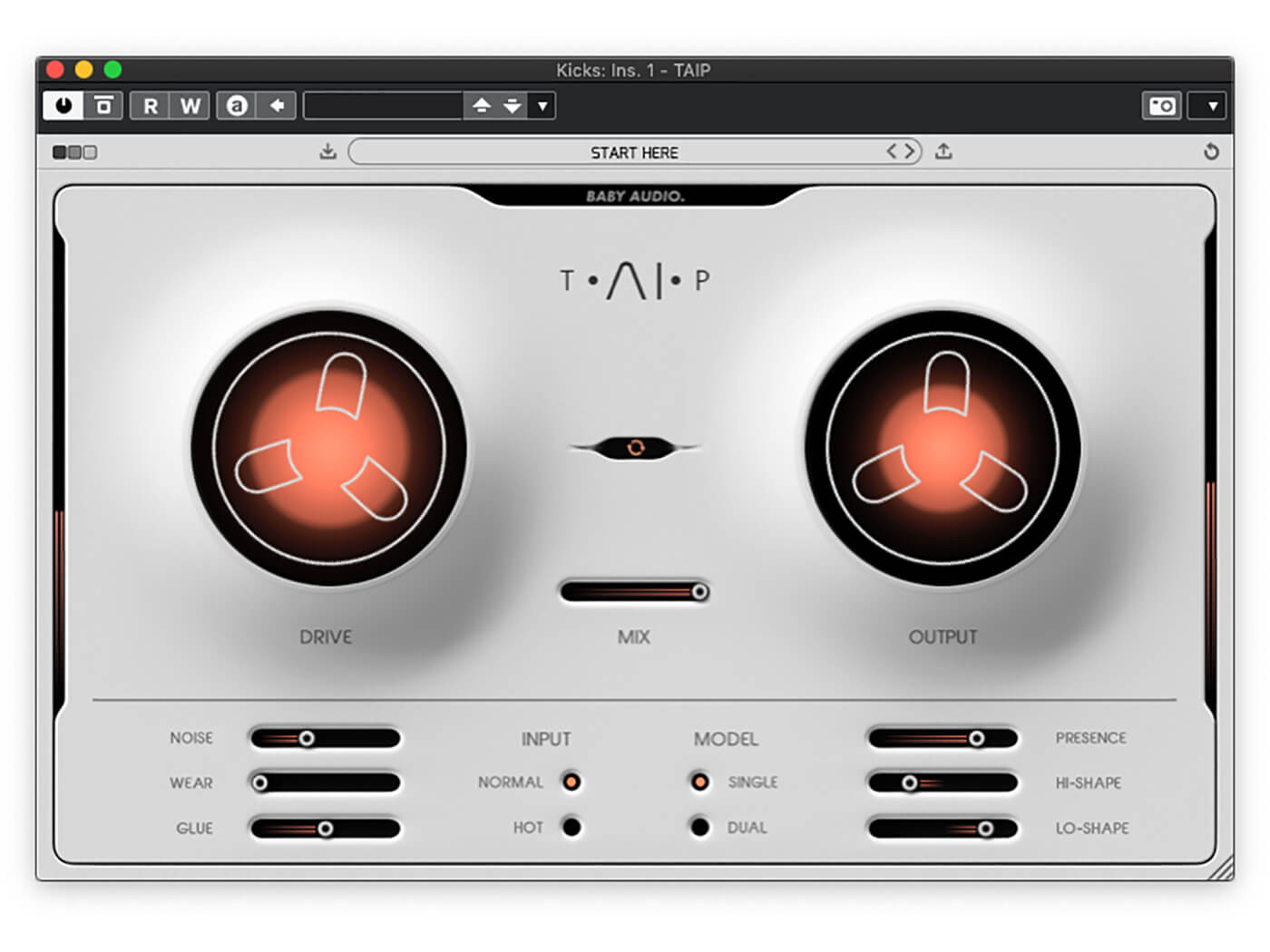 Sonically, all of this adds up to an utterly believable tape saturation emulation, albeit one that is slightly heavier on your CPU than a traditional DSP-based emulator. Such DSP emulators can be similarly convincing but tend to be based on specific tape machines. Perhaps TAIP’s biggest strength, then, is its ability to emulate many different tape machines – and it’s incredibly affordable.