Can Audiaire’s latest plug-in take effect-parameter modulation to a whole new level? Let’s get in lane to find out… 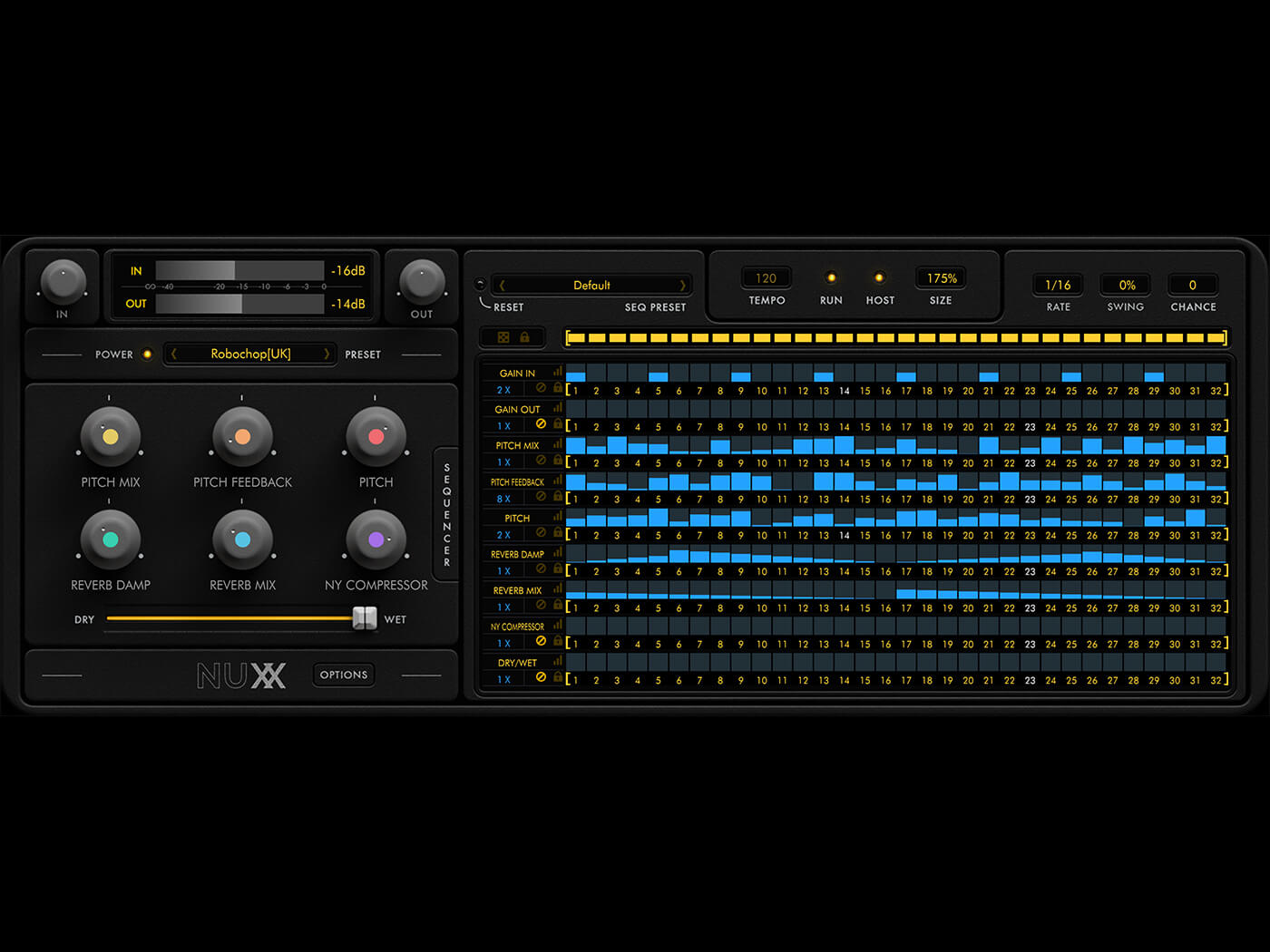 New software company Audiaire carved a place for itself in the market with its first synth release Zone, which featured rich-sounding oscillators and a unique and powerful parameter sequencer. For its second release, Audiaire is doubling down on the parameter- lane modulation, with a multi-effects processor featuring 30 different effects, six programmable macros and an ultra-flexible pattern sequencer. Depending on what you want to achieve, Nuxx can either be used as a simple six-knob effect unit with the sequencer hidden, or as a complex motion machine capable of creating a range of sounds from subtle shimmering choruses to intense, glitch destruction.

The effects themselves are the most important part and we’re happy to say they sound fantastic. The DSP has been provided by Sinevibes and Moditone and includes a long list of different filters, delays, reverbs and phasers, plus flanger, chorus, distortion (with several shapes), decimator, compressor, ring mod, barber pole, stereo width and a great-sounding pitch-shifter. You don’t get masses of control, with a maximum of three parameters per effect, but it’s enough to shape the sound without making the plug-in unnecessarily complicated. To set up your own effects and macros, you need to go to the Options page, choose the effect to fill one of the six slots, then click on the unnamed dials to show what they do.

It’s a shame the parameter text isn’t updated once an effect is chosen, as this would make it easier and more enjoyable to program. This becomes especially frustrating if you attempt to assign the macros from the main page, as right-clicking or Ctrl-clicking on the dial to attach a parameter just brings up a drop-down list that says generic things such as Effect 3, Ctrl 2. Luckily, there’s an alternative way to set up the macros that involves clicking and dragging on the relevant parameter in the Options page, which then jumps to the main page where you can deposit it on your chosen dial. You can attach up to 10 parameters to each dial, which can then be named something meaningful, with the text appearing on the Sequencer page.

Speaking of which, the unique selling point of Nuxx is the 32-step sequencer, which can be synced to the host or run freely and has swing percentage and probability controls to add some random variation. There are lanes for the in volume, out volume and mix amounts, plus six lanes for the macros, and each can have its own independent step length and lane speed. This means you can build up detailed modulations that take a long time to loop back to the beginning and can add a more organic, evolving feel to the audio.

To help speed things up, there are a large number of preset lane and sequencer patterns, including arps and scales, and lane randomisation, along with a global randomisation button for instant madness, which can take you from zero to glitch hero in seconds – or will result in a weird mess, but that’s part of the fun. Other controls let you shift the pattern around, mute specific steps and bypass, lock or zoom the lane, which all adds up to a flexible system for processing and mangling your sounds. The sequencer GUI is clear and easy to use as long as you bump the plug-in size up a little using the Size amount, which can take it from 50 per cent up to 200 per cent. Our only request would be some sort of smoothing control so you could create both sharp and smooth parameter changes.

Get with the program

There are plenty of presets included, which range from basic effects with macros to more complex patterns that use the sequencer in interesting ways. Given the broad nature of the processors on offer, it’s no surprise certain presets will sound great on some sounds and awful on others. When trying some of the more complex pattern-based presets, we find the best results come from using fairly simple-sounding audio. As an example, I preview a scratch-vinyl preset on a bright bass pattern and it doesn’t really work, but on a simple sine-wave loop, it sounds amazing. As such, finding presets that work with your material can be a little hit and miss, but there’s some superb programming tucked away and they’re a great way to get a better understanding of what Nuxx is capable of. 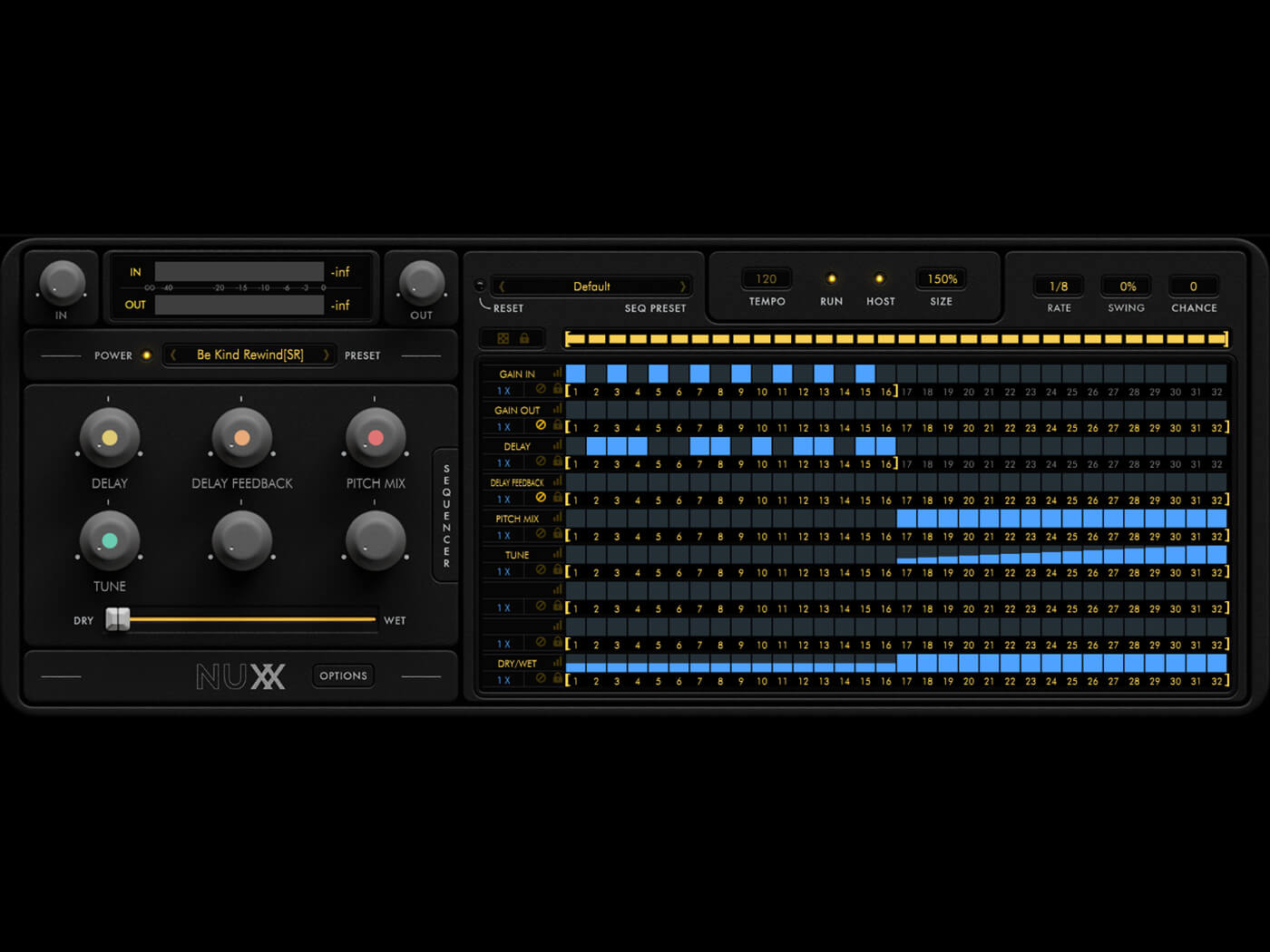 A word of warning though, some of the effects can get pretty crazy and introduce volume spikes, especially if you get trigger happy with the random controls, so you may want to add a limiter somewhere in the chain to save accidentally blasting your ears and speakers! With that in mind, it may have been useful if Nuxx included some sort of built-in safety limiter.

More than meets the eye

Now that we’ve listed the features, let’s talk about what kind of effects you can get out of Nuxx. In many respects, the potential of the plug-in isn’t immediately obvious, but the building blocks are there for a vast array of potential processing techniques. Aside from using the included, filters, delays, phasers and other effects and sequencing a pattern with them, you can combine various processes to create hybrid effects. One example is the Tape Saturation preset, which uses super-subtle modulations of the pitch-shifter, soft-clip distortion and low-pass filter to create gentle fluctuations. Or the Valve Channel preset for fattening mixes that features two compressors, a bell-peak tuned to boost at 48kHz, stereo width, high shelf and soft-clip distortion.

Although the sound quality is good, we’re not going to suggest that Nuxx will replace your high fidelity, UAD-modelled valve-based plug-in collection, but it’s impressive that the tools can be combined in this way. You could also create bespoke pumping sidechain patterns, or selectively mute or filter out a specific hit in a loop. Of course, you can also do crazy things like create an intense 16-bar build-up using increasing distortion and reverb, rising pitch-shifter and shifting delay times. Ultimately, it’s up to your imagination.

Although the presets are impressive, our initial experience programming the effects and macros section of Nuxx feels a little clunky. However, once you spend a bit of time with it, the workflow becomes more apparent and the possibilities open up. There are more extensive effect plug-ins out there that offer different types of control beyond just a sequencer, but if step-sequencing effects is your bag, then the flexibility, varying pattern lengths and randomisation make this a highly usable and creative tool.

You’re best off trying the demo to see how Nuxx works for your style of sound design. Nuxx can create tight glitches and patterns, but there are other plug-ins that are arguably easier to program for these types of effect and they also have more performance controls for performing varied glitches live. Nuxx excels at programmed effects modulations, but lacks the immediacy of other plug-ins that allow you to get stuck in with performance controls.

All that said, if you’re into playing with the idea of random generators and subtle, organic-sounding variations, then this will be right up your street, as it’s easy to create plenty of movement and manipulate the lanes to get shifting patterns. The ability to program parameters on specific hits could also save you time writing painstaking automation, as you can notch out or effect a specific hit in a pattern. 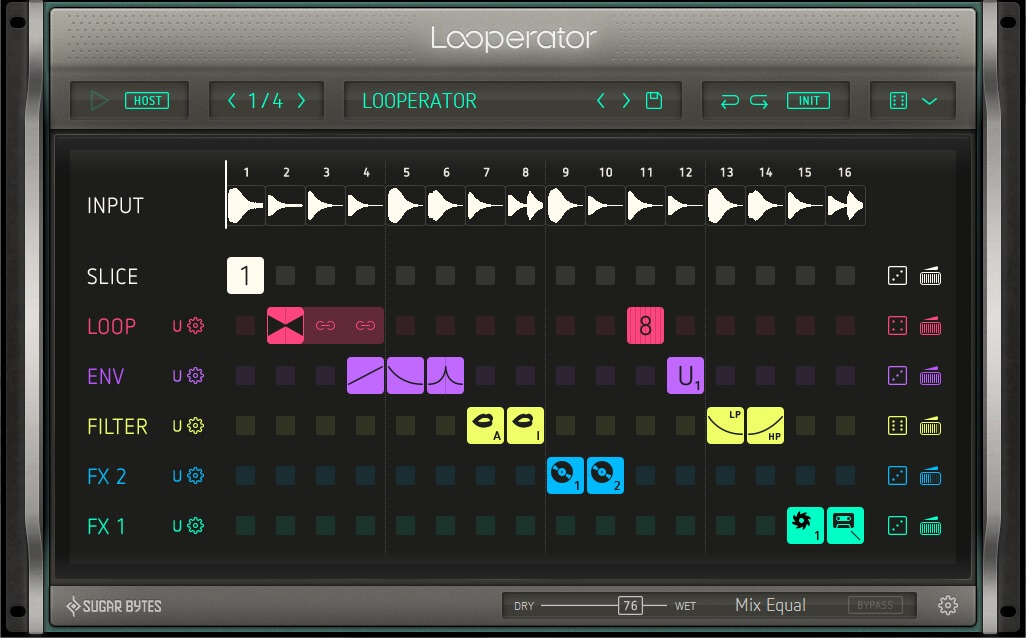 Looperator is more of a sample slicer with FX, which can be programmed to create varied glitches and edits. The excellent GUI makes it easy to program and you can assign different presets to each MIDI key to trigger pre-programmed glitches live. It lacks the fidelity of Nuxx’s 32 steps though. 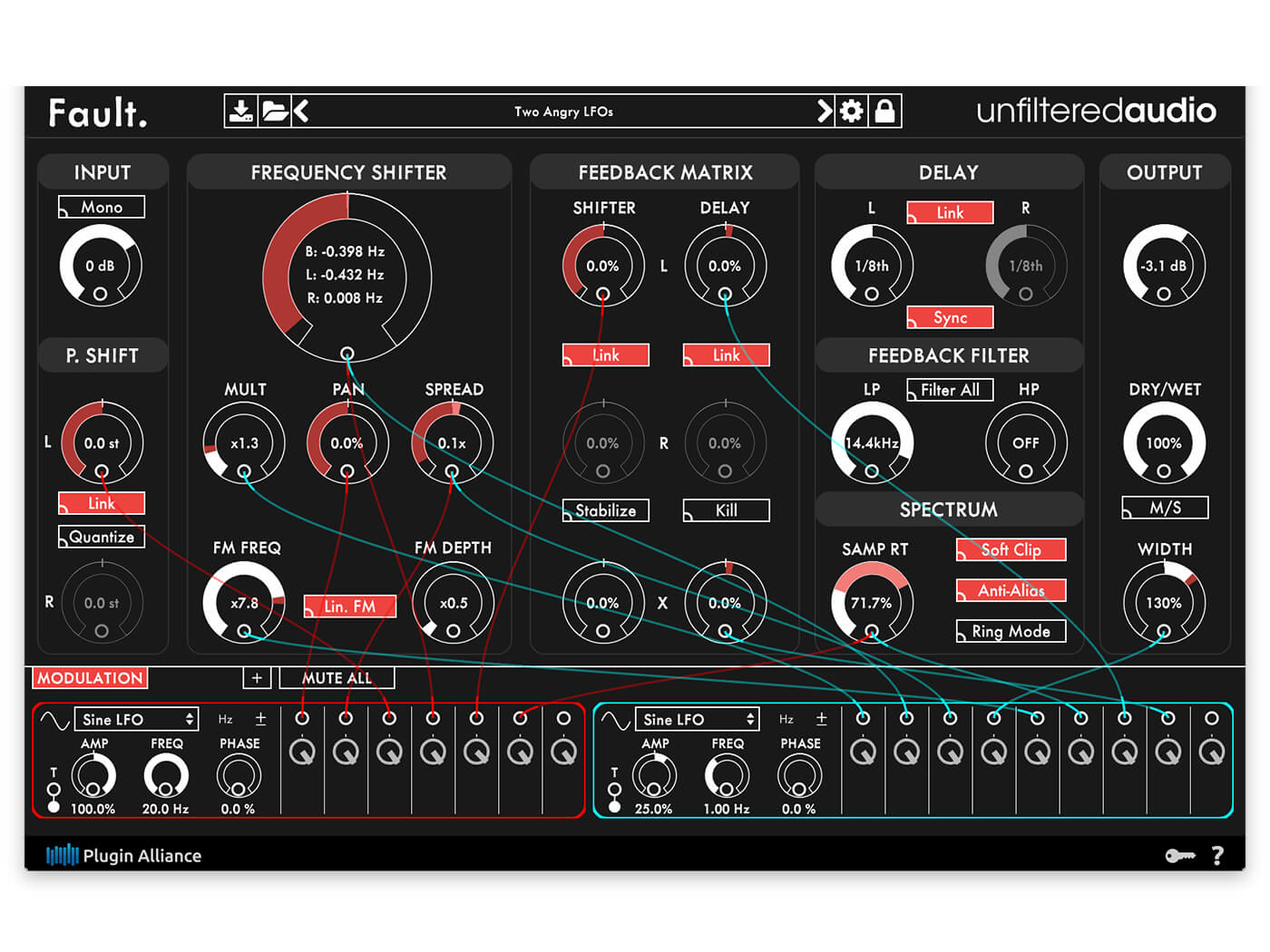