As emulations of the Korg MS-20 and Ensoniq SQ80 V join the ever-impressive V Collection, alongside two new Arturia instruments, we’re left wondering how much better this bundle can get. 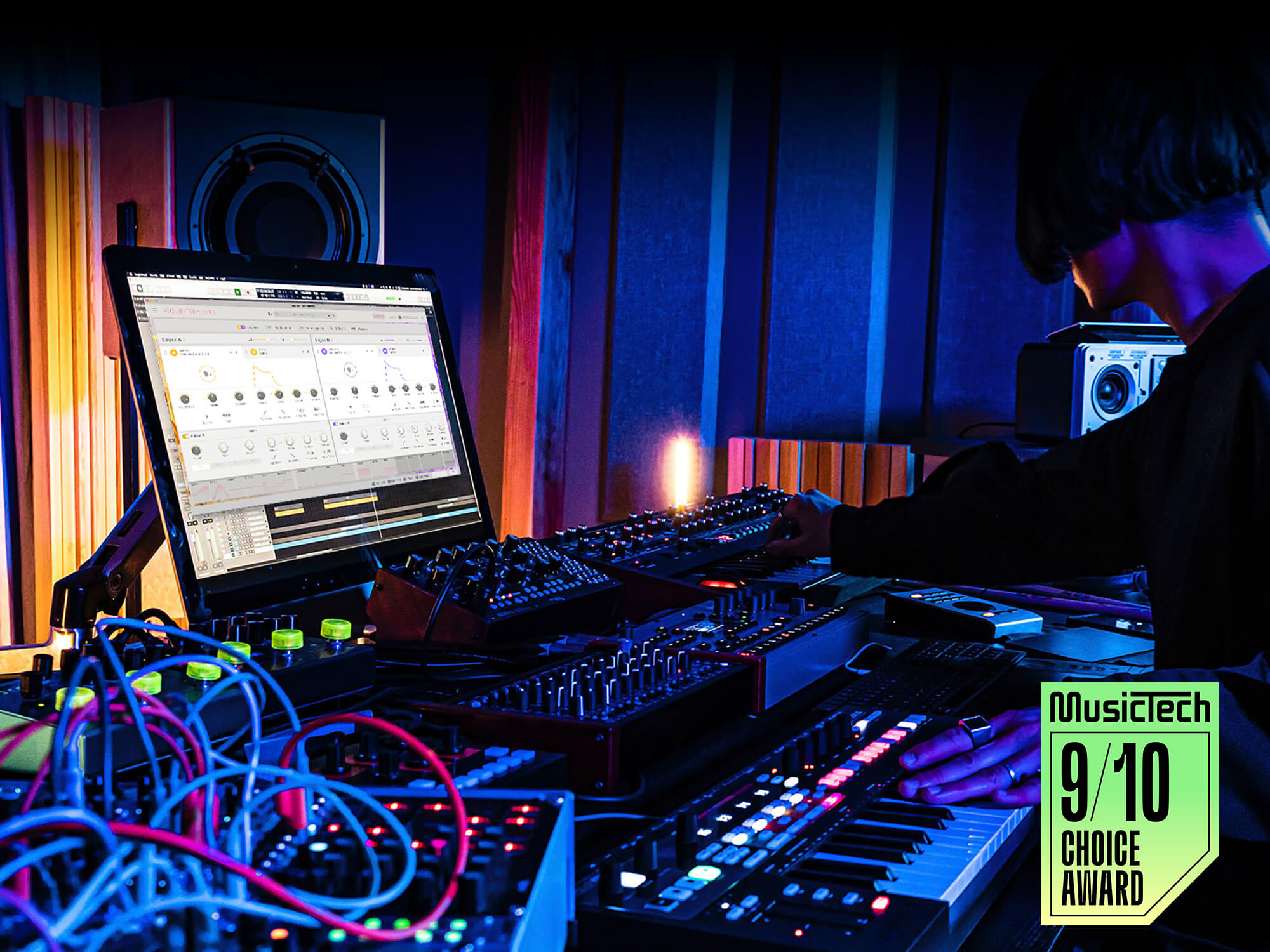 Arturia’s V Collection barely needs an introduction. As far as software versions of iconic hardware instruments go, particularly synthesizers, this is the category leader. From the ARP 2600 to the Buchla Easel, the Roland Juno to the Vox Continental, and the Mellotron to the Fairlight CMI, it seems this suite has no borders, having long proven itself playable, reliable and astonishingly accurate in its emulation. On top of this are the original Arturia-designer instruments and workflows, such as the Piano V acoustic piano plug-in and Analog Lab preset browser.

MusicTech’s March 2021 review of V Collection 8 asked whether it was the king of soft-synth suites. The answer? A resounding yes. The latest edition, V Collection 9, adds the MS-20 V emulation of Korg’s 1978 all-analogue semi-modular classic and the SQ80 V emulation of Ensoniq’s venerable 1980s crosswave synth – and that’s on top of the aforementioned instruments and more.

Also on the bill are two more original instruments from Arturia, Augmented Strings and Augmented Voices, both of which combine complex synthesis engines with sample-based sounds. The CS-80 V4, the Prophet-5 V, the Prophet-VS V and the Piano V3 have been upgraded with 832 new presets across 14 new sound banks coming to Analog Lab V.

The MS-20 V takes the basic architecture of the Korg MS-20 and channels it excellently. It’s gritty and wild, but with a soft side. The original monosynth hosts dual filters, twin oscillators (one with a selectable ring-modulator circuit) and twin envelopes – one three-stage and one five-stage (ADSR, as well as Hold).

The patch bay allows for flexible signal routing and occasional breaking of the MS-20’s normalled signal flow. It also has a few handy standalone circuits for patching, including a sample-and-hold and external signal processor complete with frequency-to-voltage converter. All these features are present and correct in MS-20 V, and Arturia has taken care to allow for ‘patching’ of external audio from elsewhere in your DAW into the external signal processor.

This version tweaks and expands the MS-20’s palette. For starters, it can be polyphonic. There are minor adjustments across the panel that serve to speed or spice things up but none of these feel hamfisted; a sync switch has appeared between the oscillators, for example, and while envelope 1 can now be looped, envelope 2 has become switchable between Classic and Modern responses. There’s also a pull-out SQ-10-style sequencer, as well as onboard effects.

Augmented Strings and Augmented Voices are hybrid sampler-synthesizer instruments. The principle involves two customisable layers, each comprising two engines: synth and sample. Moving the large, central Morph knob blends between the two layers, and a host of onboard effects and modulation options galvanises this relationship into something quite impressive.

Make no mistake, these are hi-fi instruments. Whether playing with the sound of a human singing or all manner of string instrument articulations, both are clean, lush and wide-ranging in their palette – though that comes with pressure on your CPU to match. With a total of four engines working at once, it’s impossible to know where one ends and one begins, so it’s mission accomplished for Arturia, in that respect.

The sampler instruments’ sounds are purportedly taken from hours of studio recordings, and it shows. They’re sensational even by themselves. One can only assume that more Augmented instruments are on the way.

The SQ80 V is accurately described by Arturia as “the resurrection of a digital anti-hero”. The 8-bit Ensoniq SQ80 is full of character and edge, and so is Arturia’s version. As with many synths of its generation, the original SQ80’s workflow involves a lot of number-punching, which Arturia has compensated for by switching between a Hardware view and a Synthesis view. As with all of its V Collection peers, the SQ80 V’s preset bank is well considered and capably demonstrates what the instrument can do, from lo-fi cinematic drums to downsampled flute-like tones.

As for the V Collection’s existing standouts, the Mellotron boasts powerful sample layering, useful keyboard zoning and one seriously realistic tape sample sound. It comes with 65 original tape banks and has the capacity to give loaded user samples the Mellotron treatment. Meanwhile, the Emulator II sampler keyboard offers even more flexibility while faithfully channelling the original’s 1980s 8-bit glory, much like the SQ80. It features useful sample-editing functions, chainable onboard effects and plentiful scope for importing and editing user samples. Don’t think 8-bit sounds have a place in your mix? Think again.

There are too many instruments in the V Collection to describe in detail here, but all represent a masterclass in creating both sampler instruments and synthesizer engines for the modern software era.

The simple pursuit of fidelity and editability in DAWs is all but over. Today, developers must think laterally and embrace the sonic character of analogue warmth, lossy digital formats and hybrid synthetic sounds as creative tools. These instruments feel less like attempts to replace their iconic hardware predecessors than unbridled celebrations of them, quirks and all. And where they represent original architecture, it’s with an explorative approach that seeks out novel ways to work with sound in a software environment. Arturia has met the market’s challenges with creativity and finesse and, by the looks of things, they’re far from finished. 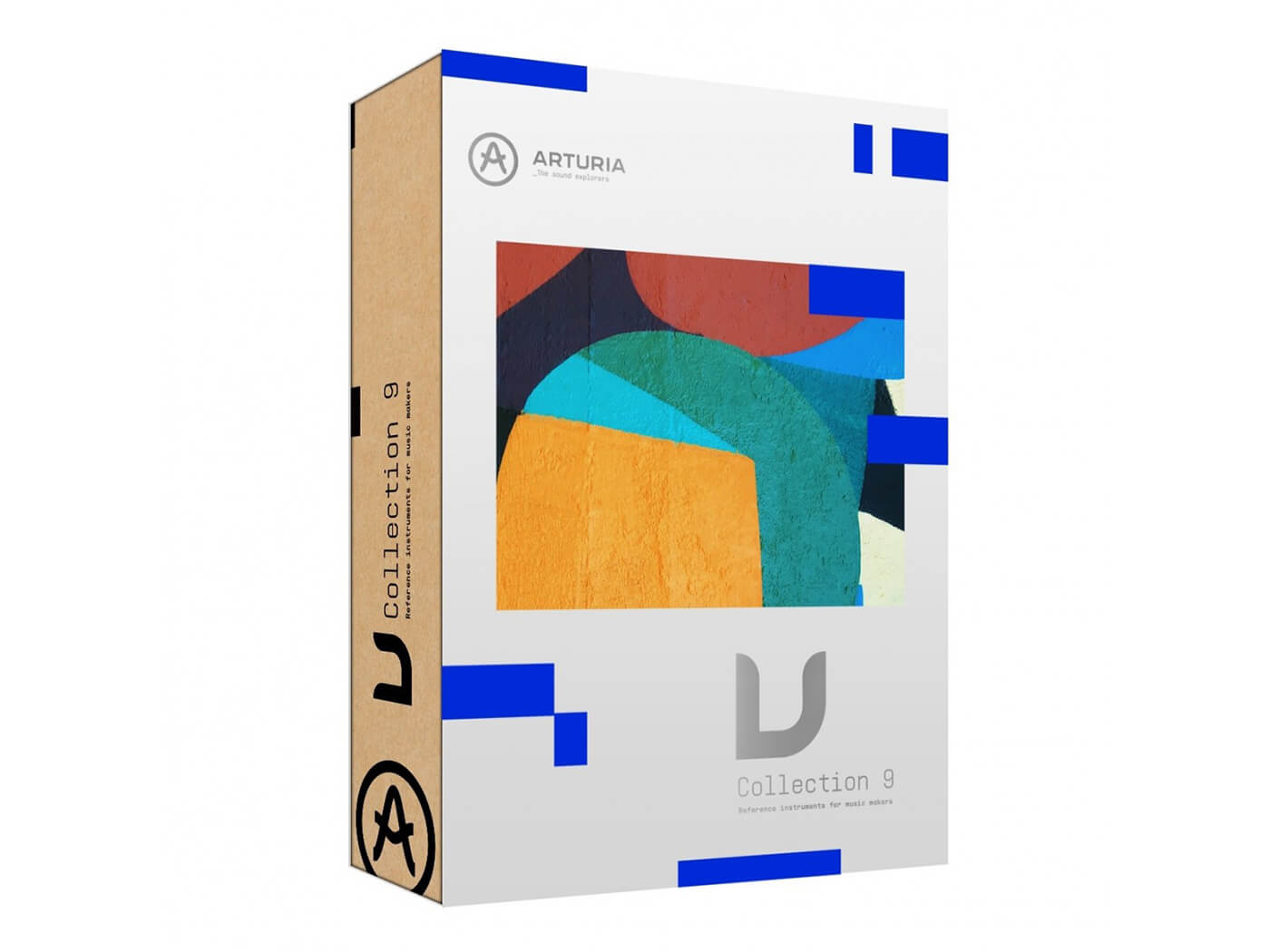