With three brand new mix bus processors and 22 effects total, is this the last plug-in bundle you need? 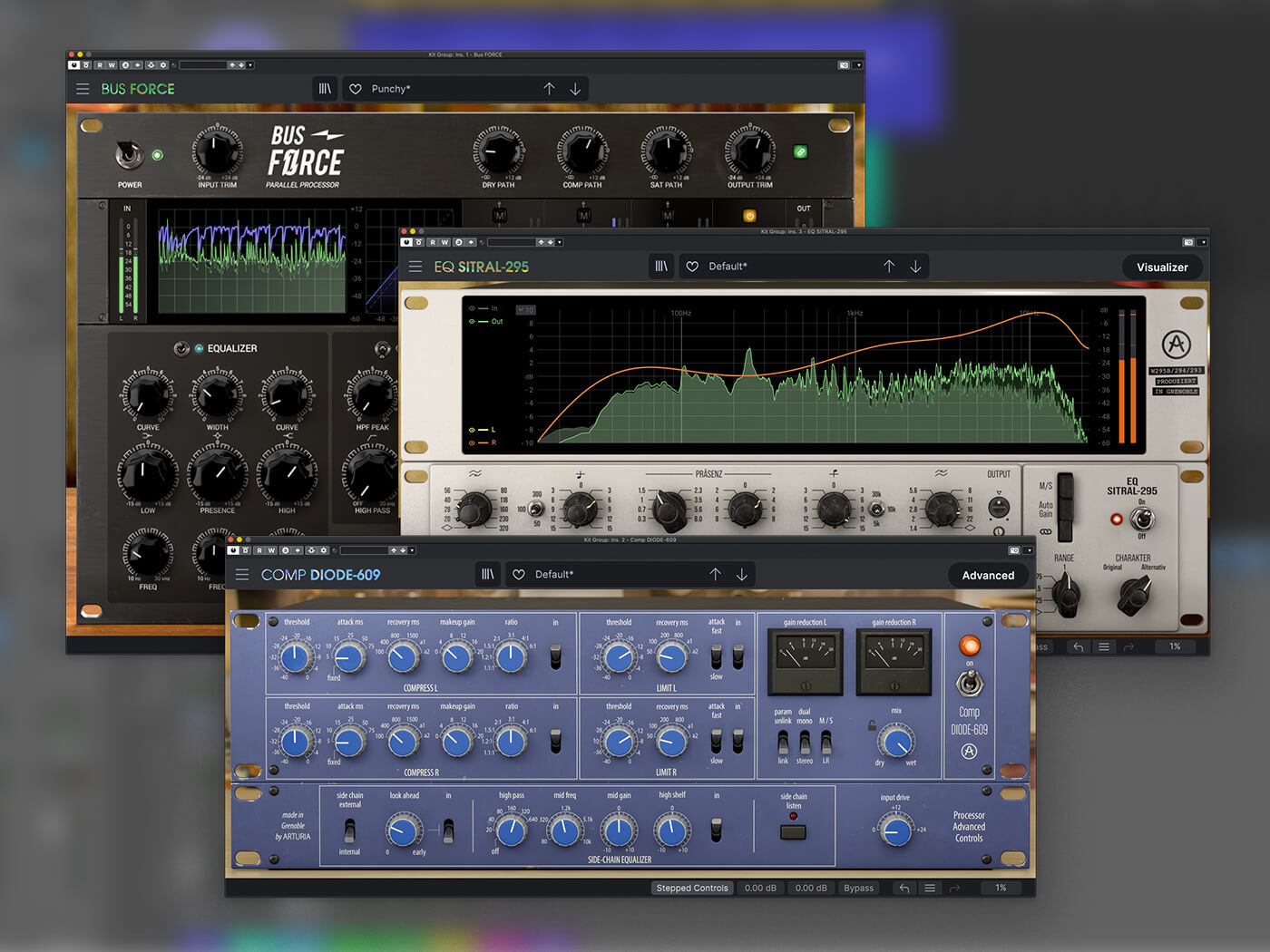 This large collection of quality plug-ins is outstanding value and could easily satisfy your every effect and processing need.

Given Arturia’s recent successes in hardware and virtual instruments, it’s easy to forget that the Grenoble-based company also makes some excellent effects plug-ins. Its cheekily-named plug-in bundles (Delays/Filters/Reverbs You’ll Actually Use) largely recreate classic hardware, and with its latest uber bundle, the developer seems to have covered virtually all bases. FX Collection 2 boasts all 22 of Arturia’s plug-ins including three brand new mix bus processors, and four modulation plug-ins that weren’t included in the original collection.

Installation of the Collection is somewhat laborious because the Arturia Software Centre download/activation manager shows only the single FX Collection 2 assigned to your account, but then downloads and installs the constituent plug-ins one by one. This results in a tedious round of clicking “OK” buttons and typing in passwords to authorise installers, and you have no choice over which plug-ins to install – it’s all or nothing.

New kids on the block

It’s worth the wait, though. The three all-new plug-ins are aimed at mix bus processing. The first of these, Comp Diode-609, is based on the highly respected Neve 33609 stereo compressor/limiter. The plug-in does a fabulous job mimicking the original’s crunchy character and punchy response when driven hard. It also ably imitates the original’s ability to add colour and cohesion on gentler settings. Arturia has added some modern features too. There’s a mid/side processing mode, ideal for mastering, although this doesn’t let you solo each channel so that you can monitor what it’s doing. There’s a sidechain filter with high and low-pass filters and a sweepable mid-cut/boost band. The sidechain also has an adjustable lookahead control (up to 5ms). This is ideal for ducking your processed track just before a sidechain transient such as a kick, so you retain more punch.

EQ Sitral-295 is a model of something far rarer than the still-in-production Neve 33609, namely it’s the EQ circuit from a 1960s Siemens Sitral broadcast console. This provides high and low-pass filters, low and high shelving bands, and a sweepable mid presence (or “präsenz” in the original German labelling that Arturia have retained) band. With just three corner frequency options for each shelving band and no control over the presence band’s width, EQ Sitral-295 is a broad-brushed, musically-sympathetic sweetener that’s ideally suited to stem and mix mastering duties. Arturia has enhanced the original design with mid/side processing (again, there is no way to solo individual channels), and a spectrum analyser with overlaid EQ curve.

Last but not least of the all-new plug-ins is Arturia’s Bus Force parallel processor. The plug-in has four processing stages: equaliser, filter, compressor and saturation. The EQ is a three-band affair with low and high shelves and a single parametric mid band, while the filter section provides resonant high and low-pass filters.

The compressor is VCA-style, and while it can be pretty aggressive, it has a pleasingly analogue-like tone and includes basic high-pass or peak sidechain filtering. Finally, the Saturation stage gives a nice amount of control over the character and tone of the saturation but is rarely subtle; you can crank up overdrive to extreme levels.

The plug-in contains three busses that run in parallel – Dry, Comp and Sat – and each has an independent level control. As the names suggest, the Compressor processor is always on the Comp bus, and the Saturation processor is always on the Sat bus. You can then choose which busses the remaining processors are included in, but the choice is not a free one. For example, if you include the EQ in the Comp bus, and the compressor in the Sat bus, then the EQ will have to be in the Sat bus, too. This is logical enough, but it can be confusing to configure. Also, the filter processor can only be included in the Comp and Sat busses, whereas the EQ can be included in the Dry bus too. Had the filter been positioned before the EQ, as is conventional, it could have been freely assigned to the different busses, just as the EQ can.

Although the bussing can be frustratingly finicky, Bus Force’s parallel processing paradigm is rare, and it allows for processor setups that would be otherwise hard to create. So if you put the effort into configuring it well, it will pay you back with some great sounding results.

New to the collection

Arturia’s set of modulation plug-ins make it into an FX Collection release for the first time here. There’s a good selection, too, including Chorus Dimension-D, Chorus Jun-6, Phaser Bi-Tron and Flanger BL-20.

Both of the chorus plug-ins are modelled on Roland hardware. The Dimension D model is just as simplistic as the original hardware, with only three chorus modes. Still, Arturia has made it more tweakable; four different chorus waveforms are on offer, wet/dry balance is fully adjustable, and there’s a control that subtly changes the internal compression and expansion processing.

Chorus Jun-6, based on the BBD (Bucket Brigade Delay) chorus found in the Roland Juno-6 and Juno-60, is also very simple, with just two modes. Again, Arturia has added a manual mode for dialling in the chorus’s rate, depth, and phase with some lovely Juno-esque sliders.

You may have never heard of the Musitronics Mu-Tron Bi-Phase on which Arturia based their Phaser Bi-Tron plug-in, but you’ve almost certainly heard guitar parts from the 70s and 80s smothered in its shimmering sound. The original Bi-Phase could connect to an optional foot pedal for manual control over the phasing, something Arturia have not overlooked. They’ve also included an envelope follower mode as an alternative to the foot pedal. 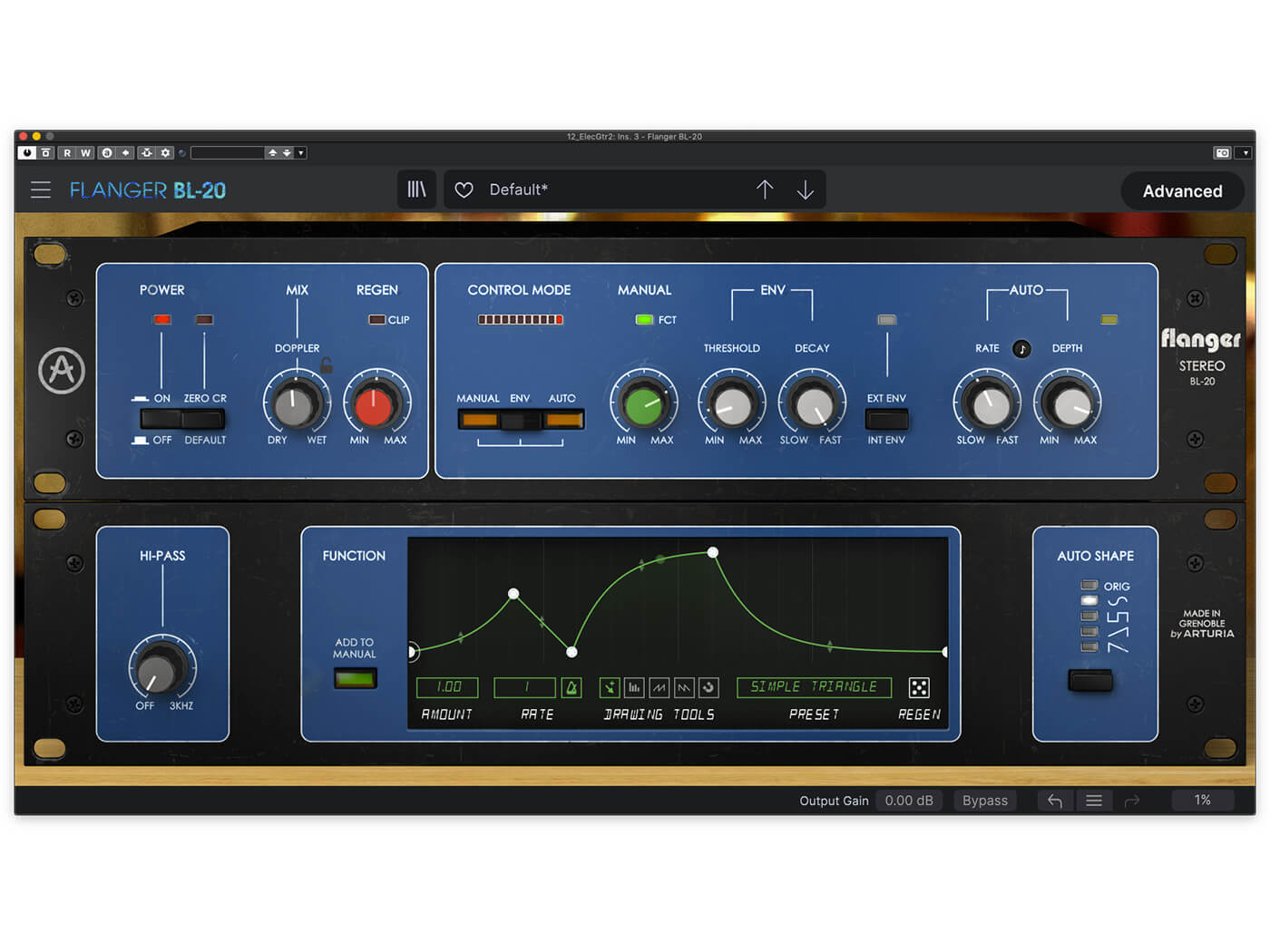 Flanger BL-20 is also based on a lesser-known device that many won’t have heard of, but most will have heard. The Bel BF-20, designed by ex-Genesis guitarist Mick Barnard, and the flanger of choice for top artists and studios, has been lovingly recreated in Arturia’s plug-in. Arturia has added four additional LFO shapes to bring things up to date, along with a manual shape that you can blend with the LFO and envelope follower control signals. 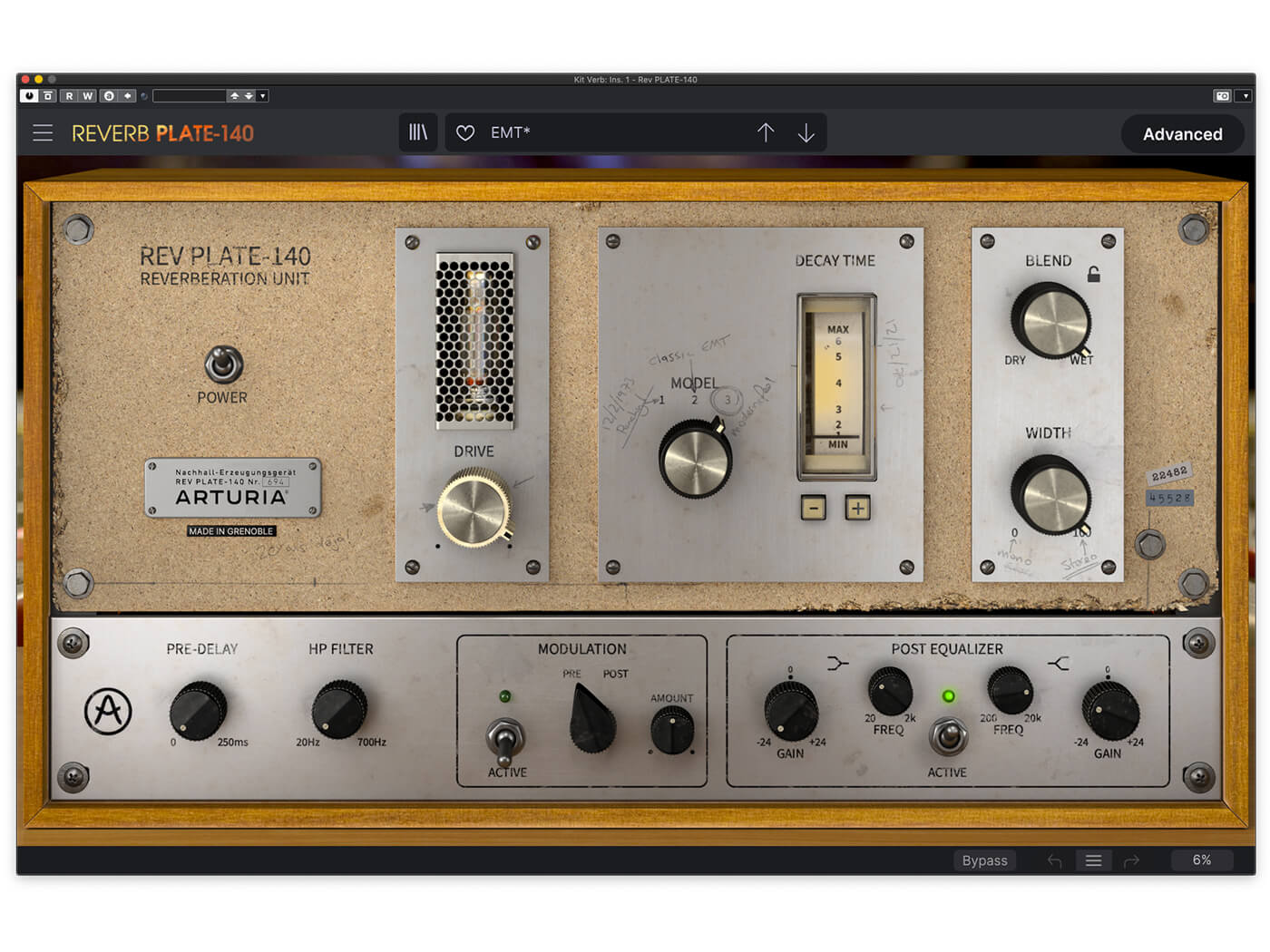 The remaining elements of FX Collection 2 were all present in the first collection, so we won’t go into them here. Suffice to say, the remaining 15 vintage, classic and modern processors will see you right in most situations. Particular stand-outs are the Comp VCA-65, modelled on the Dbx 165A, Delay TAPE-201, a gorgeous emulation of the Roland RE-201 Space Echo, and Rev Plate-140, modelled from an original EMT 140 plate reverb.

All of the plug-ins in FX Collection 2 are superb quality, and while some have the odd niggle here and there, none disappoint. And they cater for pretty much every effect and processing need you’re likely to have.

At a price that’s equivalent to buying just four of the plug-ins at their regular individual price, FX Collection 2 represents incredible value – an absolute steal, in fact – and almost too good to be true. But it is true, so be sure to take a look for yourself.