With not one but two sound-mangling stages, even the thought of Coldfire will chill your audio to the bone 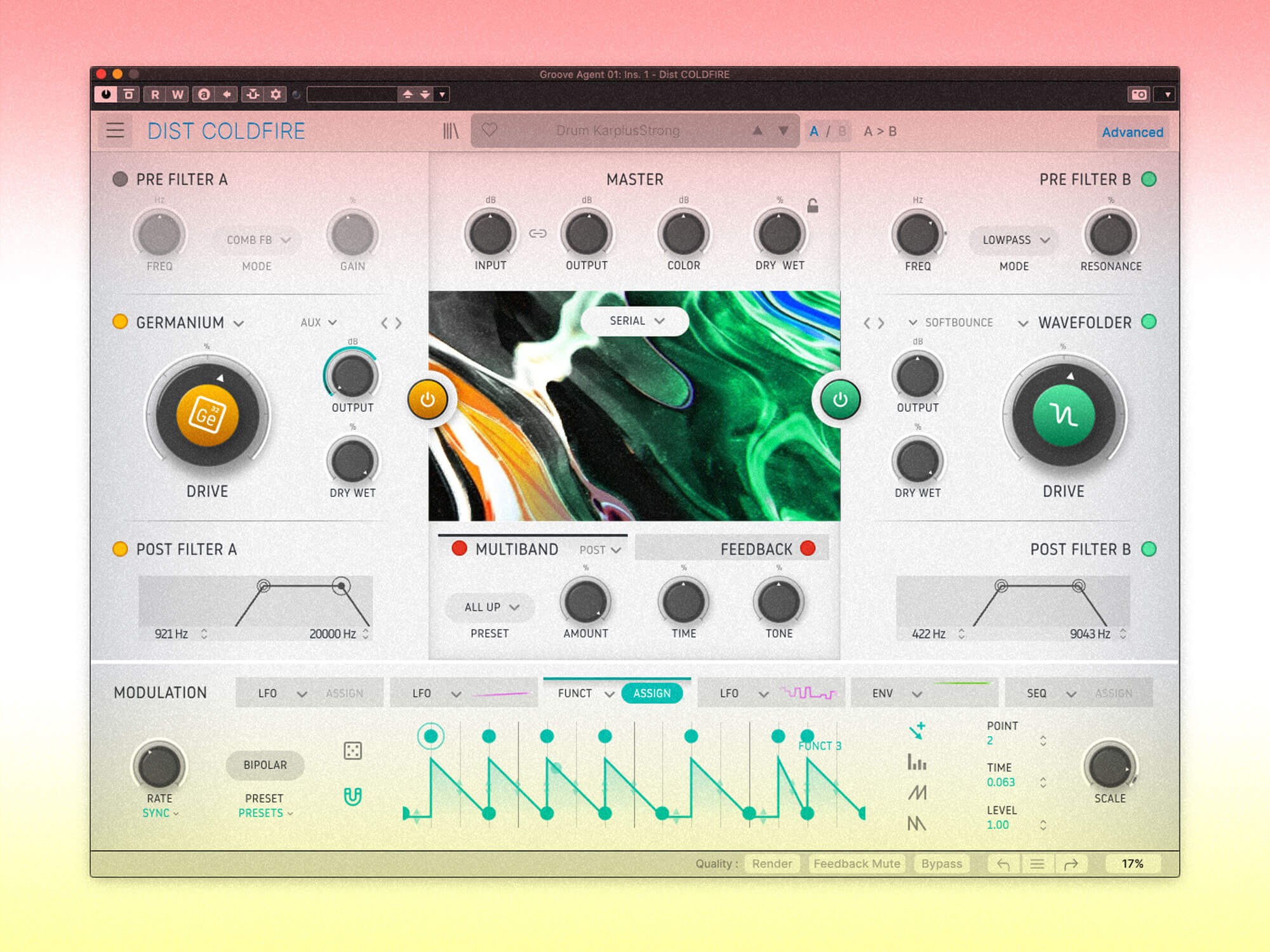 Distortion processors encompass a vast range of effects, all of which work differently and have a distinctly different impact on your audio. At one end of the scale are transformers, tape saturators and such, which add a subtle fuzz to your audio to make it all toasty and warm. At the other are the bit-crushers, wave-shapers and other such brutes, which can rip apart and reshape your audio.

You could hunt out individual plugins for each of these effects but, should you want a one-stop shop that can satisfy all of your distortion desires, then Arturia’s DIST Coldfire might be the one for you.

Coldfire is built around a pair of flexible distortion engines with 11 models: Bit Inverter, Bit Crusher, Wavefolder, Rectifier, Waveshaper, Transformer, Force, Tape, Tube, Germanium and Transistor. Each model provides a vastly different outcome to the last, and many have multiple sub-modes too, making for a versatile suite. 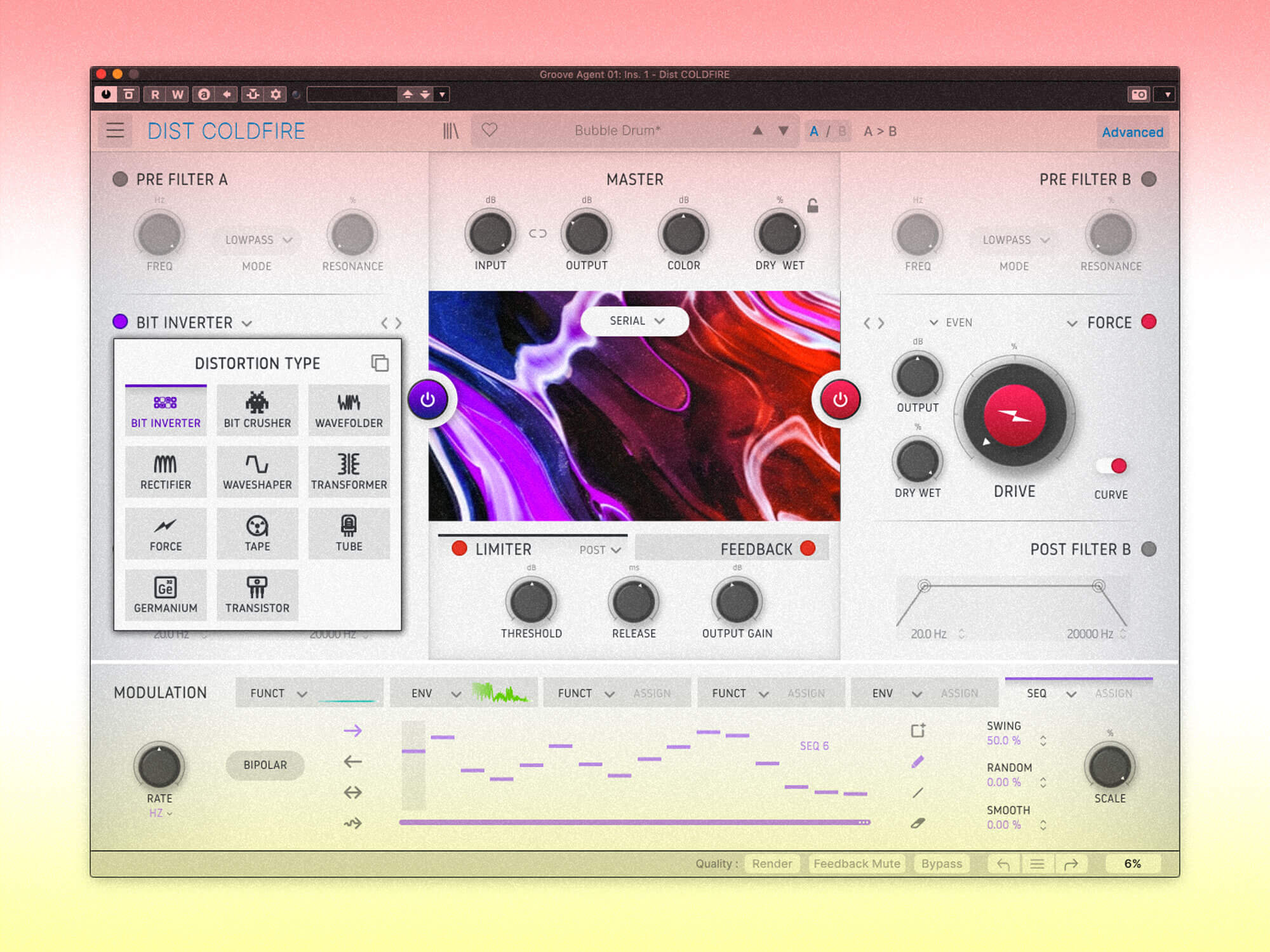 The colour and character of the engines’ distortion can be controlled with the pre- and post-distortion filter stages. The pre-filter is multi-mode and has six types (high-pass, low-pass, band-pass, notch and two flavours of comb filter), while the post-filter is a simple high-pass/low-pass combo, useful for taming the bottom and top ends of the engines’ outputs.

You can combine the engines using five routing options, including serial and parallel routing, as well as a stereo mode, a mid-side mode and a band-split mode. Stereo and mid-side are similar, as each engine is dedicated to a channel (left or right, mid or side). In band-split mode, the input is fed through a crossover with a selectable cutoff frequency that splits the audio into low and high bands, each of which is passed to a distortion engine. 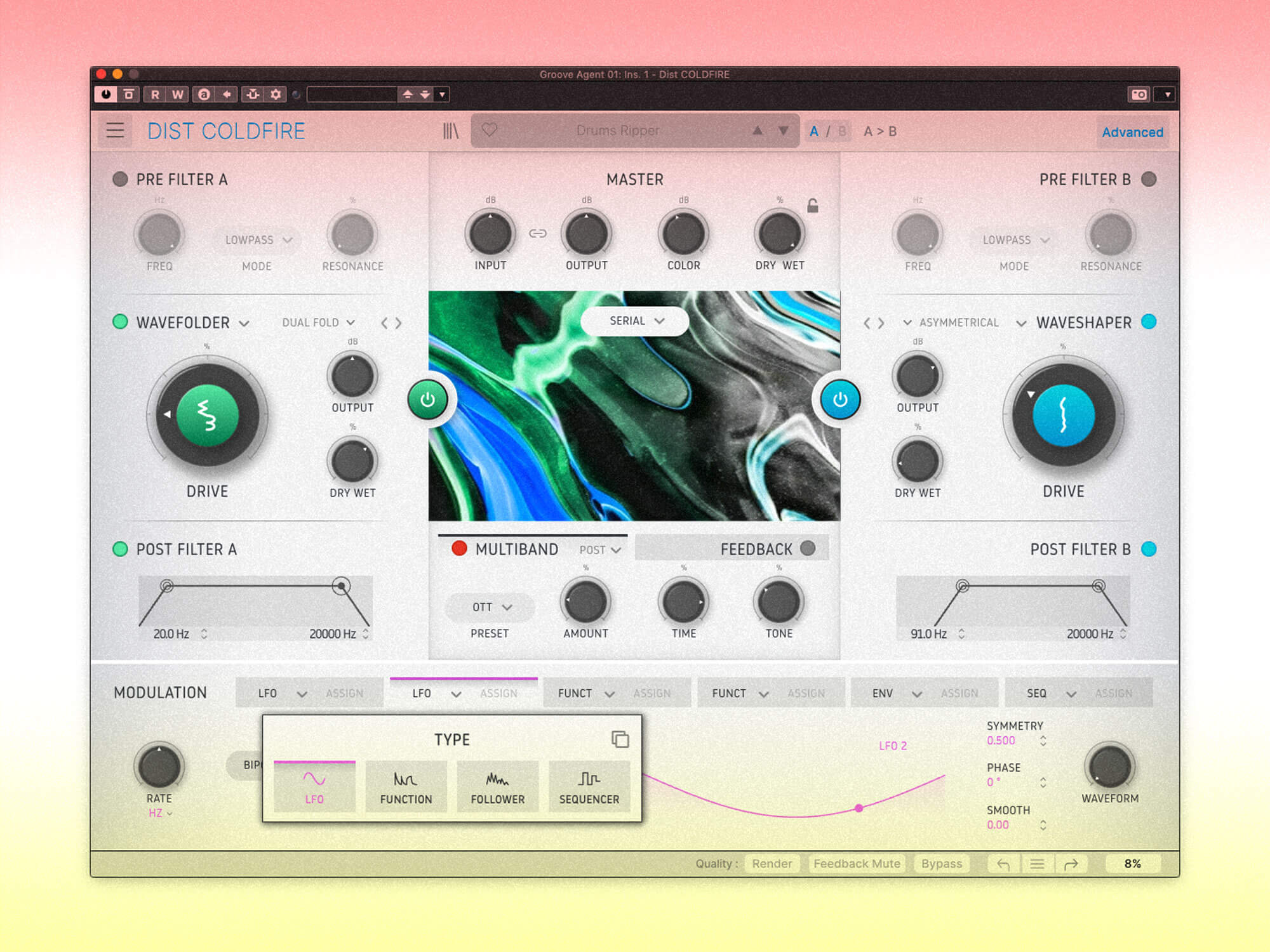 The scope of the two distortion engines is enhanced by a set of six modulators, with four modulation types available to each: LFO, function curve, envelope follower, and sequencer. Modulators can be assigned to any of the plugin’s parameters with just a couple of mouse clicks, and parameters can be driven by multiple modulators, which allows you to create wonderfully complex rhythmic and evolving effects.

Distortion processors can coax some intense wails and screams from your audio but Coldfire’s dynamics module keeps them under control. You can position the module either pre- or post-distortion, and choose from compression, limiting or multi-band. Unfortunately, the latter isn’t very expansive – you can only make rudimentary tweaks to its five presets, which feels a tad clumsy. 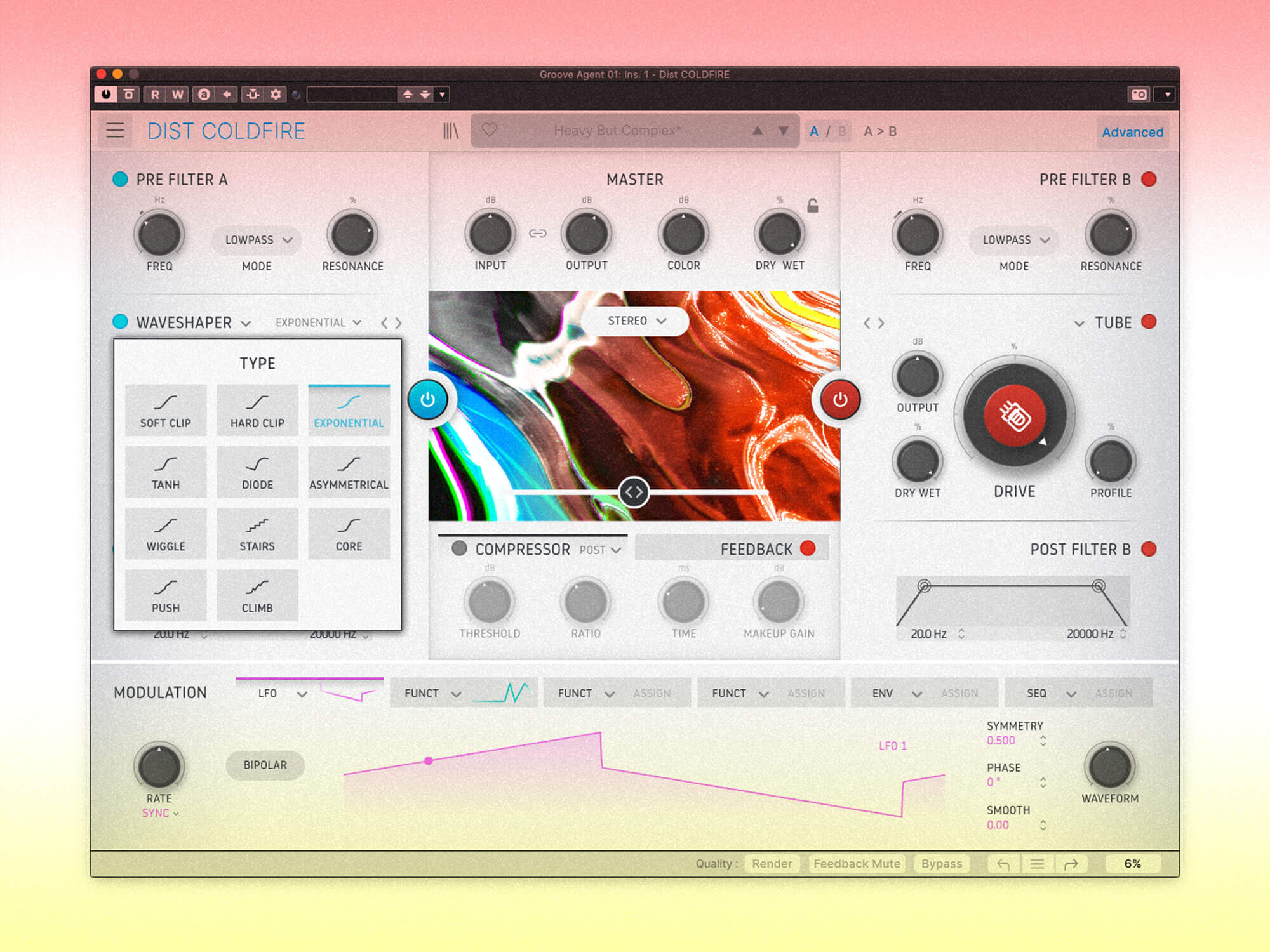 Coldfire’s final flourish is a built-in delay processor that can create gorgeous lo-fi echoes, repeats that are particularly pleasing on snares and vocals, and feedback-based special effects. Master controls and a pulsing, queasily organic visualisation are the final touches on this powerful and enticing toolbox.