Pittsburgh Modular is one of the leading lights in the burgeoning hardware modular synth scene and its new Eurorack module is heavily influenced by the classic arcade games of yesteryear. MusicTech’s new modular guru Dave Gale aims for a high score Details Price $299/£225 (Street Price) Contact info@pittsburghmodular.com Web pittsburghmodular.com Pittsburgh Modular is one of […] 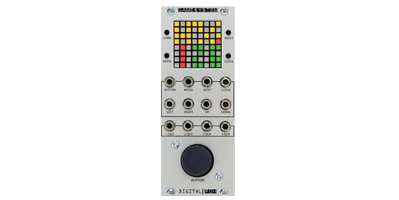 Pittsburgh Modular is one of the leading lights in the burgeoning hardware modular synth scene and its new Eurorack module is heavily influenced by the classic arcade games of yesteryear. MusicTech’s new modular guru Dave Gale aims for a high score

Pittsburgh Modular is one of the more established players in the Eurorack market – itself a blossoming side of the musical equipment industry that seems to be growing at a rapid rate, with more and more bespoke brands and modules seemingly appearing by the day (all good in our book!).

Pittsburgh already has quite a pedigree for finely built modules (from ADSRs to waveform oscillators) and complete synths (in the form of the System and Foundation units) but the ‘Game System’ is something a little less obvious and represents a new take on some established classics.

Billed as a ‘Chaotic and CV Sequencing Arcade’, the Game System immediately draws you in, with its beautifully bright 8×8 LED dot-matrix display. This is your main point of reference, with information being displayed here with pure 80s reverence.

The pixelated font certainly takes a few moments to get used to, and, being modelled on an arcade game, you would be very disappointed if this module didn’t come with a joystick; and sure enough, that’s exactly what you find located at the bottom of the unit. This serves as an easy way to navigate the dot-matrix display, and also functions as an additional ‘enter’ button when pressed.

Alternatives
For sequencing, the Tiptop Audio – Z8000 and Trigger Riot sequencers offer similar functionality to the Game System, albeit in analogue form. For random CV generating, the Music Thing – Turing Machine is considered a bit of a classic in modular circles. There are plenty of clock dividers on the market: the Doepfer A-160 is a low-cost solution, and the Pittsburgh Modular – Time Runner offers far greater functionality, if required.

Game of Choice
The Game System hosts six modes of operation, each described as a Game. As we’ll detail, there are some significant differences that give the unit its distinct overall character.

Game 1, Meteor Shower, is a playable affair that manifests itself as a series of dots (meteors) raining down from the top of the display. As the meteors hit the ground they explode, causing a random CV and Gate to open.

Using the joystick, you can pilot your ‘spaceship’ through the shower manually, but if you are unlucky enough to be hit by a falling meteor, the resulting explosion also causes a further CV/Gate to be triggered. If you find yourself busy elsewhere, there is an autopilot mode, allowing you to get on with other modular duties.

Games 2 & 3 are similar, both being sequencer-based. Game 2 is a 1-32 step CV and gate sequencer, while Game 3 is a four-channel, 16-step gate sequencer, mostly suitable for triggering drums. This is where the Games System can get a little fiddly, with the requirement to navigate steps with the joystick. In the case of Game 2, note pitches are entered by raising or lowering the joystick, the desired note being indicated as a number on the matrix.

I can’t deny that at first I found this rather hard work, but once I was used to the form factor, I actually found it pretty fun to work with. The obvious lacking feature with both Game 2 & Game 3 is the ability to save a sequence. However, sequences do remain from one session to the next in non-volatile memory, and in this respect it is in line with more traditional step sequencers. You wouldn’t be able to save using those either!

Game 4, Time Traveller, is not so much a game as a clock divider. Your choice of division is chosen via the joystick, according to your placement on the display. However, unlike other clock dividers, it is also possible to create offsets and introduce random elements. It’s functional and useful,
as well as continuing the theme of unpredictability.

Game 5, Probability Machine, & Game 6, Euclidean Rhythms, are undoubtably my favourite games. The random nature of these two modes allowed me to lose myself in a cavalcade of ever-changing sequences, and in the case of Game 5, the ability to separate out two random CV channels allowed for some wonderful stereoscopic effects. In my view, all modulars should have at least one randomising module, as the patching implications are vast, even if they are restricted to pitch or filter cut-off frequency and, frankly, why not?

Do You Really Need This?
This would be a superb purchase for anyone setting up a new small-to-medium sized system, catering for many uses under one roof, but may have less appeal to established modular heads who already possess that functionality elsewhere. If you are looking for a random CV generator, this should be up for consideration – less so as a primary sequencer. The addition of a clock divider is a very welcome added bonus. 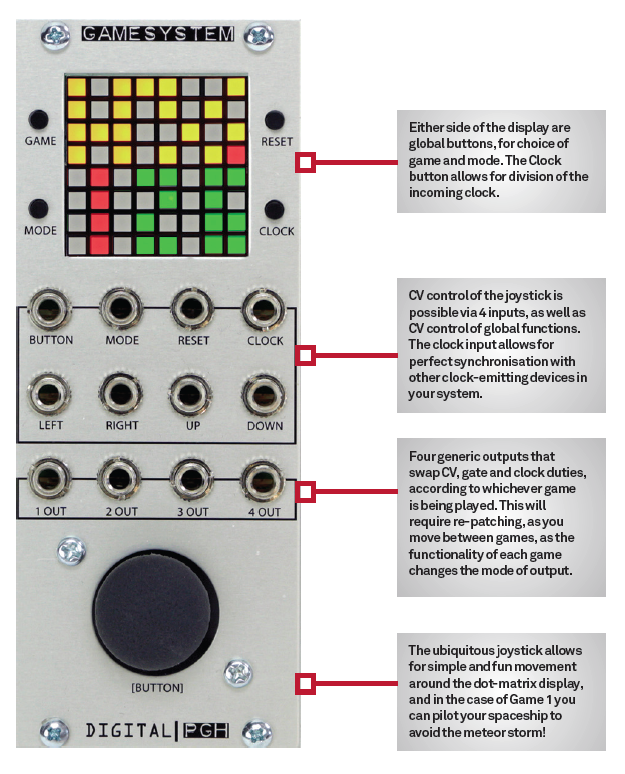 Conclusion
Within the six ‘Games’, there are plenty of randomising options available with this module, and it is undeniably where this unit excels. For the same price as a single-use, high-end module, this could be considered six modules for the price of one, although the inability to deploy more than one game at a time is something of a restriction.

If you were considering this as a primary source of step sequencing, it might not be your first choice, but as a bonus to an already well-equipped module, the sequencers are useful and usable.

With the classic Pittsburgh build quality and the lure of the multi-coloured dot-matrix display, I have a feeling that modular users of a certain age, or eighties persuasion, will be very interested in this module! 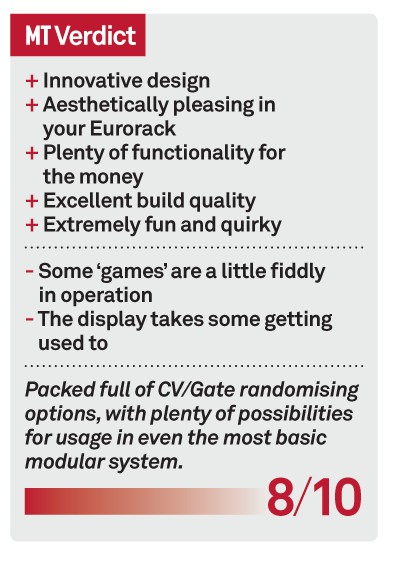