Pioneer manufactures a large range of electrical products, but to us music-based tech-heads it’s DJ gear that springs to mind when we hear the company’s name. Like the implicit link between Technics and vinyl DJ’ing, Pioneer is regarded as the industry standard in the CDJ world, and its CDJ-2000nexus is the latest model to build […] 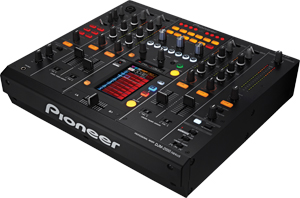 Pioneer manufactures a large range of electrical products, but to us music-based tech-heads it’s DJ gear that springs to mind when we hear the company’s name. Like the implicit link between Technics and vinyl DJ’ing, Pioneer is regarded as the industry standard in the CDJ world, and its CDJ-2000nexus is the latest model to build on the legacy of the CDJ-1000. 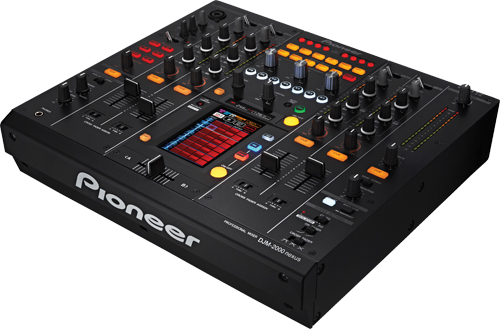 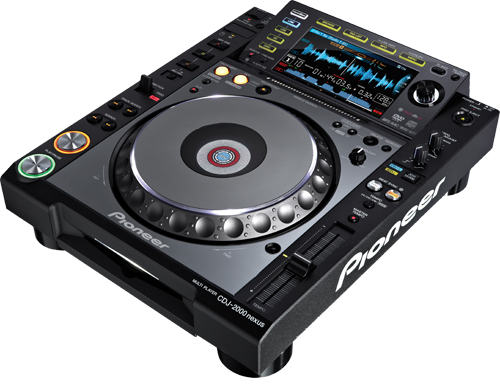 The 1000 was the first in a line of industry standards for club and radio use and Pioneer has been careful to slowly update its features while not tampering with those aspects that made it the legend it is. Sturdy build, tabletop design and vinyl-emulating platter are standard expectations for Pioneer CD decks, but this time, various features have been added to improve workflow and performance control.

The Pioneer DJM-2000nexus is what we like to call a ‘mothership’ mixer. Its size could fool you into thinking it belongs on the bridge of the Starship Enterprise, but, as you’ll find out, it’s just heavily featured while being laid-out in an intuitive way. We will see how these two elements perform together as an all-in-one Pioneer DJ solution.

From the Source
Although we’re looking at CD decks as the sound source in this DJ setup, CD might be the last format you’d choose to use. However, you can plug a USB stick, hard drive, mobile device or SD card into the top of the unit, all of which offer much faster access to music than CD. Music files contained on these devices can be used in the same way as a regular CD, mixing via manually beat-matching them, but it’s not until you’ve scanned the files through Pioneer’s rekordbox software that you benefit from many of the more software-like DJ’ing features.

We believe that beat-matching techniques are becoming more of a legacy skill than a necessity for a DJ these days. Many of you may disagree, but much like the move from performing with synths to tape in the ‘olden’ days, to being able to sequence and record them using a computer, this to us is another, natural tech evolution.

What many people seem to miss about this recent change are the creative options that become available when you’re not babysitting a mix in terms of sync. Pioneer also seems to have recognised this, reflected in the provision of complete sync functionality between decks that are either connected directly or via the DJM-2000nexus using Ethernet cables.
Asides from the second or so it takes for a track to load onto a deck, with this level of sync you can pretty much manage to mix continuously for both fast cut-up styles or deep and evolving blended mixes. When the mixer is used, master tempo is controlled from the central touch-panel. This isn’t a fader, though; instead it’s a button-up-and-down affair – handy for smoothly changing from one tempo to another when switching between genres but not as immediate as a pitch control. For this you may prefer to use a CD deck as a master sync.

A new Slip mode finally enables you to loop, scratch or play with the reverse playback rocker switch while playback resumes its normal (relative) position when you’re done. This has been seen in various software tools for a while now so it’s great news that a leading manufacturer has adopted this functionality. Another new feature is the addition of a dedicated Quantize button. This is no longer hidden within a menu as it was on the CDJ-2000, giving you instant access to quantized triggering of hot-cues, loops and cue points. In most cases you’ll want to keep your performances quantized as anything less than mechanical-sounding in terms of timing can sound terrible over quantized music. But since quantizing is limited to a resolution of a 4th or a beat, sometimes it’s necessary to turn it off if you’re doing faster work. A new My Settings function also lets you store preferences for functions such as quantize and so on; these can be loaded into any CDJ-2000. This is a very useful feature and eliminates more potential problems when turning up to play gigs using someone else’s gear.

The final most significant change to the latest CDJ model is the addition of a zoomed-in waveform. This scrolls above the usual waveform overview, much like the software readouts we’re used to working with on laptops. It’s a handy visual aid as it enables you to see what’s coming up when you’re working with unfamiliar tracks.

Mixing and More
The ideal setup (from Pioneer’s point of view at least) would be to plug in up to four of your brand-new CDJ2000nexus decks via audio and data-link connections to the DJM-2000nexus. We did this with two decks and they sync’ed to the mixer’s master tempo. The mixer itself is classic Pioneer style, with bright yellow cue buttons for headphone monitoring and slick-feeling faders, but, sadly, the headphone port remains located on the top surface. We know that it’s located here so that a mixer can be recessed into a DJ booth and that it makes it easy for those unfamiliar with the unit to see where the headphones plug in. However, having the cable sticking out from the top can become problematic when you need to work quickly. We’d love to see both top and front fascia options in the future.

This design niggle aside, the layout and build quality of the mixer is excellent. There are two different stages of typical effects processing available. INST FX are a selection of six effects; one can be selected and then applied to one or more channels via dials that are curiously named Filter. These dials control a single effect parameter and a dry/wet blend on the effects themselves give you another element of control. Here you have high- and low-pass filters, a Zip flanger, Jet (for pitch down-shifting), Crush (for down-sampling) and a white-noise effect. When used tastefully these are great mix-enhancing tools, enabling you to add new arrangement dynamic to a mix or smooth out a mix transition.

Another batch of assignable effects are located above the central touchscreen display and can be used on one channel at a time. These are just as useful as the INST FX, and a low, mid and high EQ control enables you to achieve real production value in terms of how you apply them. The reverb, for example, is nice and wide-sounding and you can roll off the tops or pull back the mids to blend it into the same sonic dimension as the song currently playing. Similarly, when you’re doing creative cue triggering, scratching or using the Beat Remix tools in the touchscreen section, everything sounds smooth and well-produced.

Touch Control
The touchscreen in the centre of the mixer enables you to sample live, and samples can then be loaded into a CDJ deck. This offers great live potential, especially in a band performance scenario, when you could sample other instruments to scratch and generally mess around with. A Frequency Mix option allows you to blend between two sources – similar to the way in which a multiband compressor or EQ works. Tracks are divided into seven bands and a graphic display enables you to see the dynamic activity in the bands to either side. Touch control of the seven crossfaders is well-implemented and far more practical than having them in physical form on the desk.

Other touch effects such as Side Chain Remix enable you to add sounds like claps and noise and have one channel trigger them based on their rhythmic content, like a MIDI triggering gate. The touch element allows you to control the pitch and the rhythm speed it plays at. It’s a cool option, but not as practical – for our mixing needs at least – as Beat Slice Remix, which enables you to sample a bar of music and create momentary loops within a quantize grid of 8ths, 16ths and 32nd measurements. You can perform live or capture your triggering for a new bar loop.

This is most effective as an accenting tool for variation or to remix the breakdown of a track to play over another track running at full steam. The only issues we encountered were with the fiddly input select option, which makes it difficult to quickly move from remixing one channel to another, and that when you turn it on to capture, it overrides the track playing but wipes the sampled bar when you turn it off. This prevents you from performing punch-in/out between a reworked bar and the original.

Although there are a few aspects that could be improved upon, we were enjoying very creative mix sessions with the Pioneer rig within ten minutes or so of setting up. Some things will take a while to get to grips with – the effective use of Beat Slice Remix, or applying FX in a way that doesn’t overpower a mix – but with hardware like this, time invested in learning will prove very well spent, since you’ll be seeing it in clubs for a long time to come.

+ Feels great to perform with

+ Beat Slice Repeat is very intuitive to use

They are pricey and not quite perfect, but both units are in a league of their own in the current market. Combining the two opens up creative mixing opportunities, and if you want to perform at your best using club installations, Pioneer’s almost inevitable presence is a strong reason to have its gear for practising with.