Pianoteq’s reputation of delivering the goods can only be increased by emulating models of this quality and it remains our go-to piano plug-in. Outstanding. 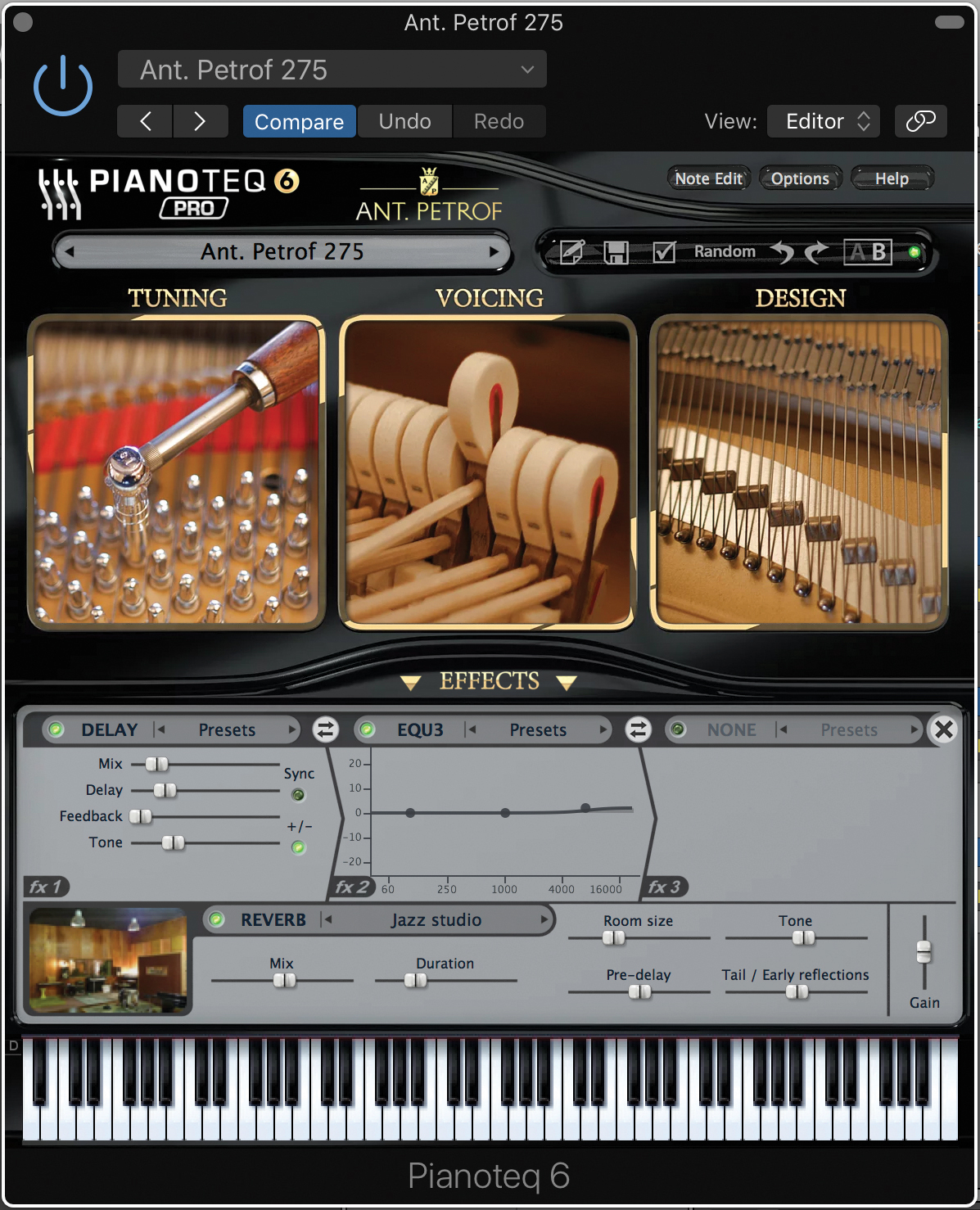 Pianoteq’s reputation of delivering the goods can only be increased by emulating models of this quality and it remains our go-to piano plug-in.

Who knew that Petrof was the biggest producer of acoustic grand and upright pianos in Europe? We admit we weren’t quite aware of the company’s reputation and history before loading up this latest option for the excellent Pianoteq piano emulator. The Czech-based company has been producing exceptional-quality instruments for over 150 years and has even given its seal of approval to this latest Pianoteq addition.

In case you don’t know, Pianoteq has won countless awards in MusicTech, thanks to its sleek recreations of just about every acoustic keyboard you can think of (and other instruments, come to that), all behind a plug-in that doesn’t load your processor. In fact, it’s a mere 50MB download, as it doesn’t use samples – instead, the software uses accurate modelling to recreate its many and varied instruments.

You can choose from three versions, each one with a couple of modules (starting at €49). The latest of these is a Petrof piano, but not just any old Petrof. Ant. Petrof is named after company founder, Antonín Petrof, so this is clearly a special model. The latest Ant. Petrof piano is actually quite a new model and designed to fill out larger concert spaces. The PIanoteq version is no less bold, delivering a mellow and deep sound and a beautiful top end. There’s plenty to edit: from hammer hardness through to rich effects including reverb and delay.

Overall, Ant. Petrof 275 really does deliver a rich character and sounds more rounded and forthright than other, more familiar models in the Pianoteq grand range. That said, there are more than enough models that deliver the goods in that grand range, so whether it should be one of your choices if you’re a new Pianoteq convert is really down to whether you want something a little bit different.

If you’re lucky enough to own the full €699 Studio Bundle, you’ll be given this one for free if you’ve owned it less than a year. So we suggest you get it right away!