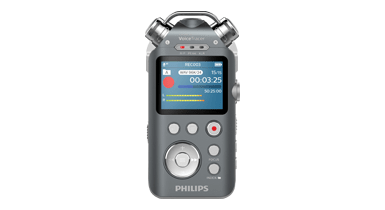 Mobile recorders are by no means in short supply, yet the Philips Voice Tracer DVT7500 feels like it has enough to set it apart. Andy Jones goes mobile… 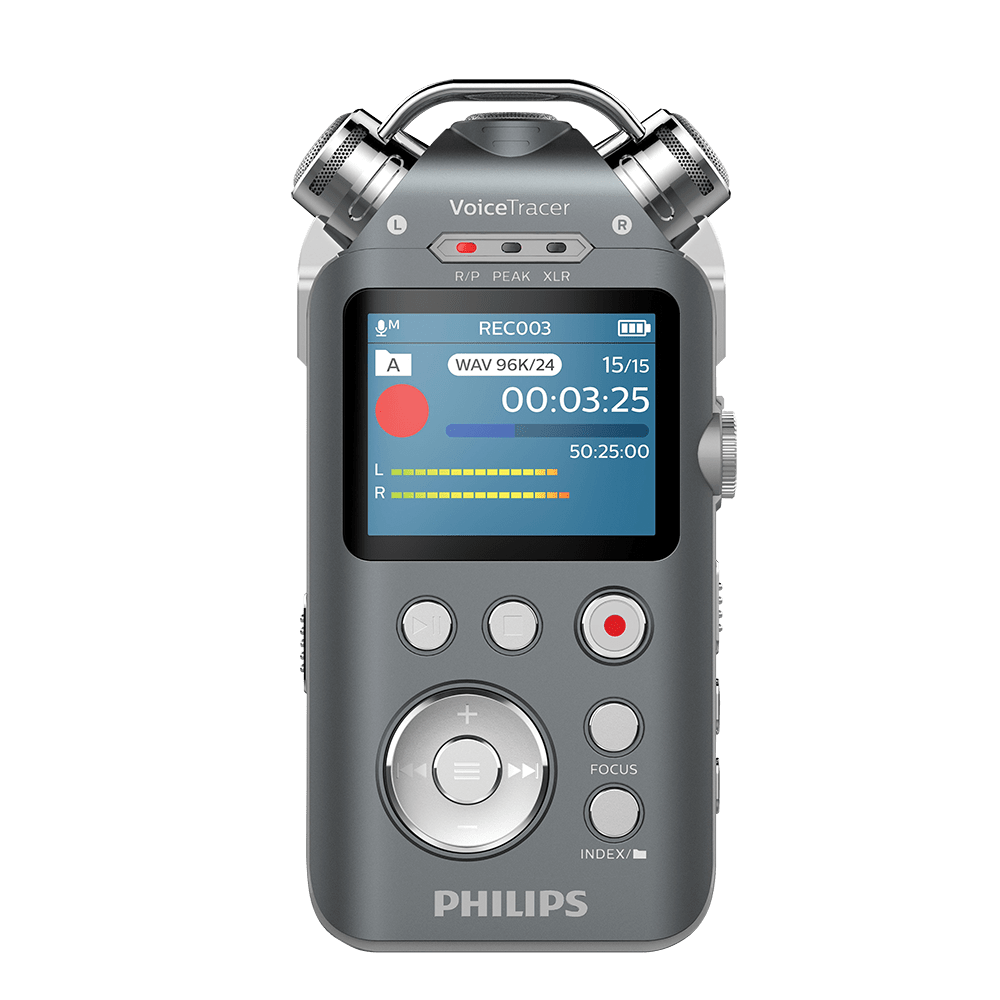 There’s no telling when inspiration will strike and you’ll need to record some ideas quickly. Or you might be out and hear something so remarkable, you want to capture it there and then. You could use an app on your phone for either, but portable recorders once used for dictation are getting more musical, and none more so than this latest Philips model.

With a colour screen and onboard speaker, it already stands out from other models we have tested – mind you, at the retail price of £296 (more on this later), it should – that’s a lot of money for a recorder.

You do also get a handy adaptor that allows you to plug two XLR/Line inputs in, which are then mixed down to a mini jack, so technically, we’re talking ‘interface’ as well as recorder. And it’s one that allows you to record different sources simultaneously, so you can record from those inputs while also singing into the three onboard mics, so it’s a great device for getting song ideas down quickly and easily.

It feels pretty good in terms of build quality, too, possibly too big for some pockets, but sturdy enough to take out for field recordings or the tour bus. Finally, features-wise, you get 16GB of memory onboard, plus the option of upping that by 64GB, via a Micro SD slot.

The operating system is simple and effective, the colour screen a nice feature although you do expect, but don’t get, touch control. It’s a simple screen, but makes actions intuitive and easy, so much so that there’s barely an instruction manual supplied. Best of all, though, is the sound quality. With those three dynamic microphones and up to 24-bit/96kHz, you get pristine recordings and it will even handle loud sources like drums.

Yes, you could use your phone apps for scratchpad ideas and you’re probably thinking the asking price is steep, but we’ve seen it selling for nearly half that on one site, which makes it a great buy, even if it’s just to use as a simple interface.