Peluso produces replicas of classic microphones with bespoke circuits, high quality components and capsules that are assembled and tuned in house. The best bit is that they are affordable and sound fantastic. Does the latest tube twosome make the grade? Huw Price tests the P49 and P28… Details Price  P49 £1499; P28 £720 Contact KMR […] 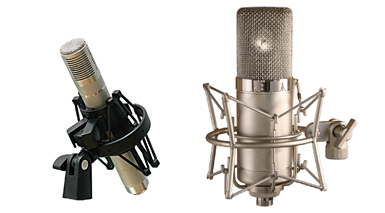 Peluso produces replicas of classic microphones with bespoke circuits, high quality components and capsules that are assembled and tuned in house. The best bit is that they are affordable and sound fantastic. Does the latest tube twosome make the grade? Huw Price tests the P49 and P28… 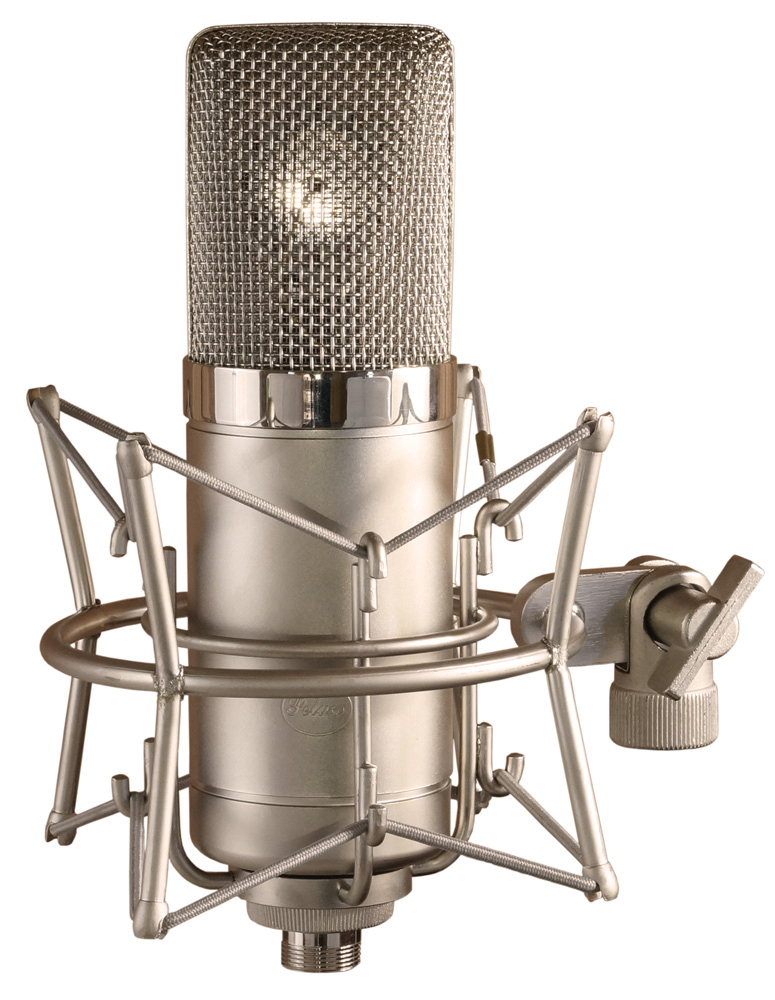 By and large the clues are in the numbers. For instance the Peluso P12 is a replica of the AKG C12, and the P67 is a Neumann U67 replica. Similarly the 22 47 and 22 251 are modelled on the Neumann U47 and Telefunken ELAM models respectively. If you have a basic knowledge of vintage microphone nomenclature you’ll easily figure out which Peluso is which and what sort of tone to expect.

Having ticked boxes for most of the esteemed vintage microphones, attention has now shifted to less widely known and more specialised models. The Peluso P49 was created at the request of customers who wanted a Peluso with the characteristics of a Neumann M49. 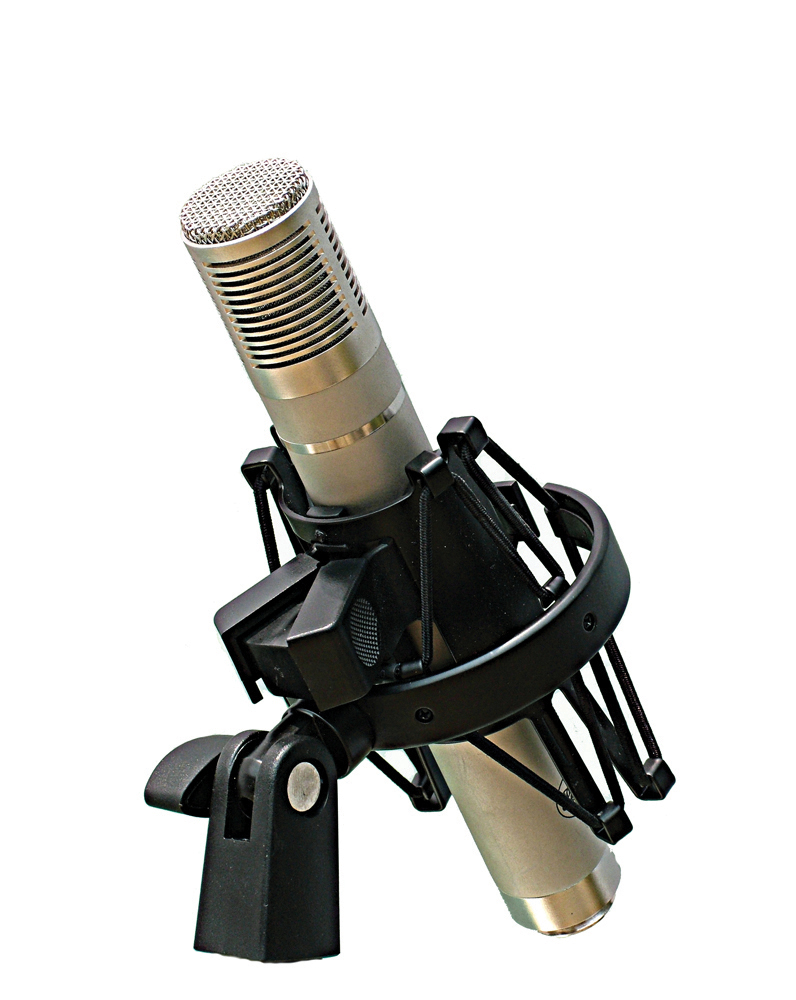 The 49ers
Although not as iconic as the Neumann U47 or U67, the M49 was a valve microphone that outlasted both with a production run stretching from 1949 until 1974.

Like the U47, early examples had the M7 capsule, but the preamp was based on smaller audio quality valves called the MCS2 (firstly) and later the AC701. A continuously variable selector mounted on the power supply unit set the pattern from omni to figure-8 via cardioid – and all points in between. 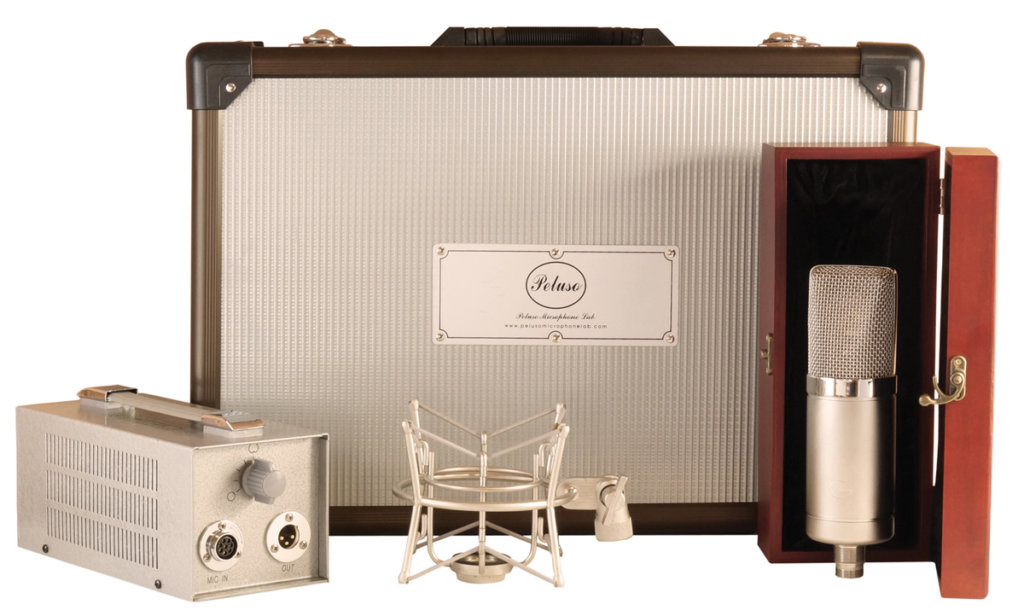 The P49 delivers the quality you’d expect from a Neumann – and more.

Where the U47 employed a simple voltage on/off switch for the capsule’s rear diaphragm, the M49’s selector varied its bias voltage, ensuring that output levels remained consistent regardless of the setting. The M49 was also the first Neumann to be fitted with the now familiar sloping microphone grille to minimise standing waves within the capsule housing.

Although somewhat different in shape, the Peluso P49 has a sloping grille housing along with a pattern selector mounted on the power supply. It’s switchable rather than sweepable, but with nine patterns it’s hardly a compromise. Inside a small valve is soldered into the circuit – just like the originals. The AC701 is long out of production and prohibitively expensive, so Peluso has selected a 5744WB triode to feed Peluso’s highly regarded BV-11 output transformer.

One feature that hasn’t been replicated is the M49’s yoke style stand attachment. As someone with plenty of experience with the M49, I’m relieved that the P49 comes with a regular suspension mount. Although it looked iconic, the yoke was pretty cumbersome in reality and it offered little in the way of shock isolation.

Pencils Out
The P28 model designation implies that it was modelled after the AKG C28, whereas in fact its inspiration comes from vintage Neumann as well as AKG valve pencil microphones. Like the P49 it’s fitted with a small soldered-in valve – this time an EF732 pentode, which has started cropping up in a lot of modern valve microphones.

The P28 ships with an 18mm edge terminated cardioid capsule. The way the valve and components are mounted on the PCB is nothing short of a work of art, and the P28’s output is transformer balanced. Matched pairs can be ordered along with omnidirectional capsules are available. 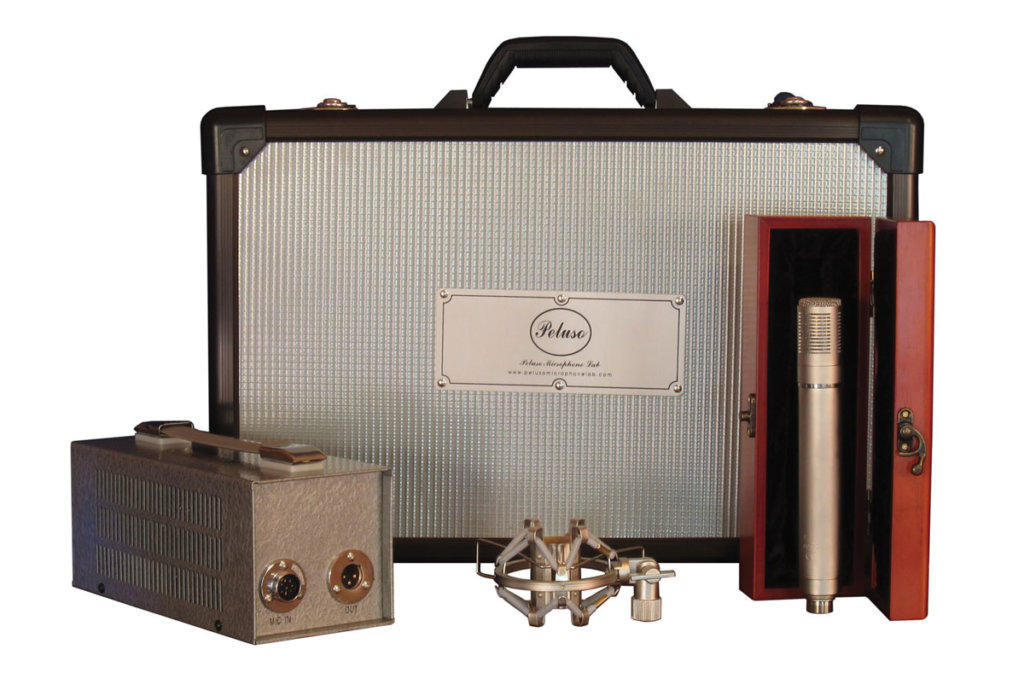 The consensus is that the P28 was designed with elements of the Neumann KM54 and the AKG C28, so we were expecting “warm rich tone, capturing the low frequency detail and high frequency air of the classics” as described. Peluso advises that the P28 sounds beautiful on acoustic guitar, drum overheads, piano, voice and more.

As with all Peluso microphones the P49 and P28 are fitted with heavy-duty screw on cable connectors with large diameter pins. Each kit includes a wooden box for the microphone along with the power supply, and a shock mount packed together in a flight case.

There wasn’t much point in comparing the P49 and P28 directly because they are such different microphones. Instead we decided to pit the P49 against a vintage Neumann CMV563 with an M7 cardioid capsule, and the P28 was compared with a little-known gem called the Elation KM201, which pulls off an impressive Neumann KM84 impersonation. 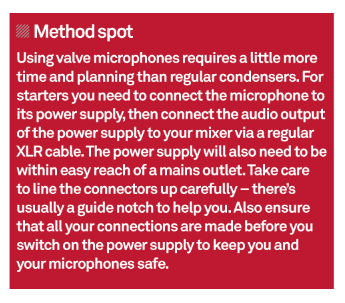 P49
Starting with the P49, we should point out that we weren’t expecting it to sound like the CMV563. Our review of the 22 47 demonstrated that John Peluso is perfectly capable of making great U47 soundalikes. What we were looking for was Neumanesque velvety mids with extra midrange detail and a scintilla of extra treble – just like an original M49. And in short, that’s exactly what the P49 delivered.

Although there is much love for the iconic U47, the M49 was a technically superior microphone and Peluso has captured much of its essence with the P49. On vocals the differences aren’t quite as apparent but the P49 trades ‘character’ for a bit more openness in the mids, and you may hear clearer articulation with consonants.

Switching over to acoustic instruments with more high frequency content the P49’s extended treble response really shone through. Acoustic guitar, piano and even drum overheads are all possible applications for the capable P49, and in essence it gives you all the vintage Neumann flavours you could want with less need to ‘finesse’ the tone with equalisation.

Output levels remain consistent as you switch between patterns, but the tone does change. Figure-8 has the most noticeable colouration with a slight hollowness to the midrange. Cardioid produces the fullest mids while omni sounds open and natural.

On acoustic instruments omni is pretty breathtaking, and since there’s no proximity effect you can get the P49 very close to the source. For us the ‘sweet’ selection for vocals would be one of the three positions between cardioid and omni – assuming your recording space isn’t too ambient – because it fine tunes the proximity effect for more clarity and less low mid boom.

P28
Those who associate valve mics with thick midrange, rolled off treble and ‘musical’ overload characteristics may be surprised by the cleanness, purity and treble response of well-engineered valve pencil microphones. And the P28 is a case in point. 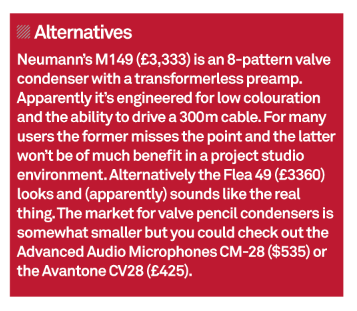 Any concerns about the sensitivity of the P28’s medium capsule and signal to noise ratio were quickly dispelled. The sound this microphone produces is airy, extremely detailed and very focused in the lows. Its midrange is not as warm and plummy sounding as the Elation’s and it sounds a bit more ‘shouty’ very close up, but the P28 is still plenty smooth enough to keep things musical rather than ‘forensic’.

The upper midrange lift combined with the airy treble sheen reminded us of great AKGs like the C28 and C60, and the P28 is one of those microphones that makes life easy for an engineer. Regardless of where you place it, the P28 always sounds good and we found it impressive for clear and breathy vocals as general instrument recording.

It can be said that two more vintage boxes have been ticked, so maybe John Peluso will turn his attention to the long lamented Schoeps 221 and the AKG C24. We live in hope 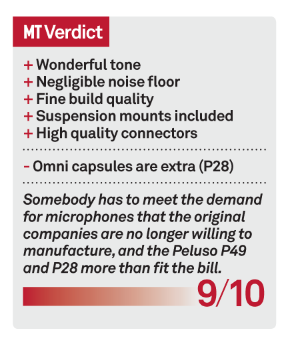