Who you gonna call when you need a crack team of orchestral samples? Maybe the fantastic 4 from Orchestral Tools. We are all for it… 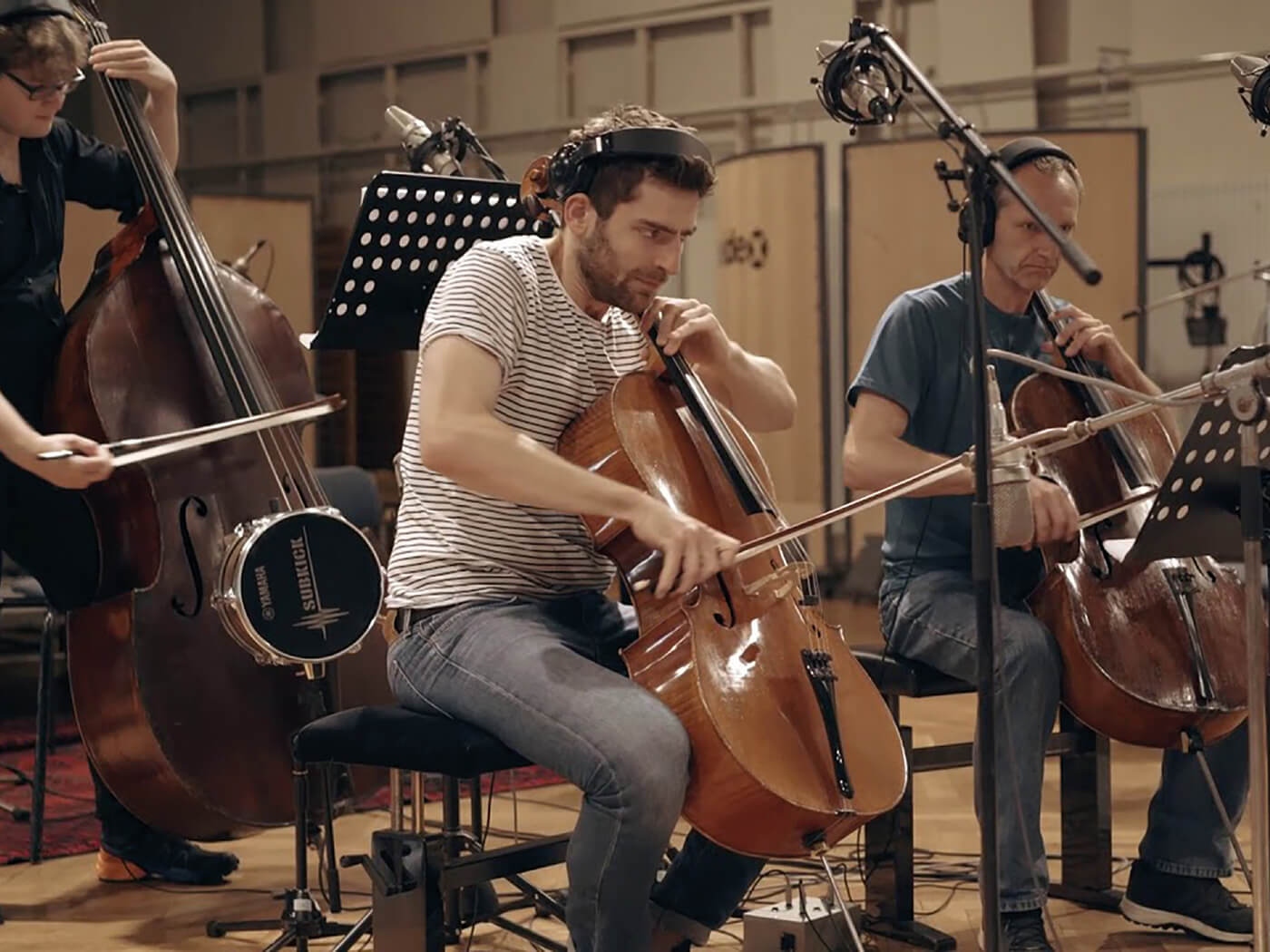 The Metropolis Ark series from Orchestral Tools has never been one to disappoint. Now in its fourth volume, previous incarnations have brought us both loud and quiet extremes and a beating, pulsing orchestra. Now, Metropolis Ark 4 sets out to offer what is arguably an even broader canvas, yet with a tightened sonic focus.

Recorded at the Teldex Studio scoring stage in Berlin, Ark 4 is organised into Districts, conforming to OT’s usual conceptual vision of a dystopian future. District 1 is described as Elite Orchestral Forces. Contained within it are five patches which could be regarded as the en masse interpretation of the Ark series.

All patches here are available in either single or multiple articulation formats, with the latter being open to keyswitching from the bottom of the keyboard, with dynamic control being patch-dependent – which, in the case of the more sustained settings, is achieved from the mod wheel (MIDI CC 1). Sonically, the first Full Orchestral patch out of the box sounds stunningly impressive. 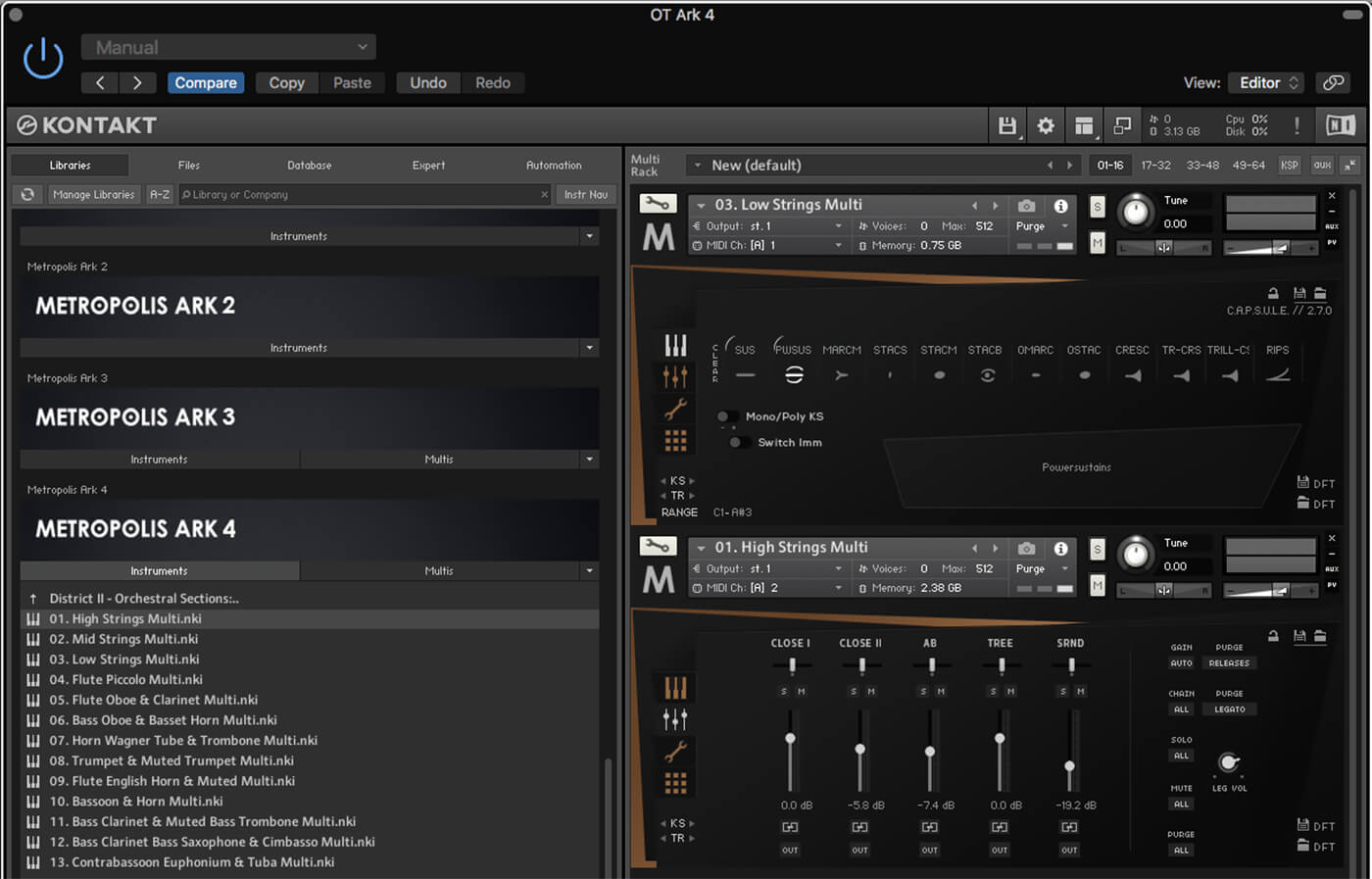 The sustains present real power and crossfade nicely with changes in dynamics, while the Staccato and Marcato patches have a real bite in articulation, with the latter giving a surprise to the back end, as the brass pushes towards the end of each note’s cutoff.

Further selections don’t disappoint, extending to Rips, Ricochet and a number of upbeat options, represented by single, duple and triplet entrees before the main note – but in all cases, firmly pushing toward the final note of the phrase.

The Ricochet features the bow bouncing from the string, creating a very interesting and usable colour, while the Power Sustain brings us some hardcore bowing, which would have even Dmitri Shostakovich smiling. Even more striking, and in line with Ark 4’s calling card, is the tightly focused sound; there’s a real sense of first-chair focus, which can clearly be heard when switching to the mic settings page.

Within District 1, default mic’ing options are initially set to Close and Tree, with the latter providing the ambience of the Teldex stage, which can be dialled in and out as required. It sounds tight, close and powerful.

Three additional mics can also be added at this stage, offering further close-up action or ambience. In the case of the Full Orchestral Multi patch, it sees each set of mic samples add a further 0.5GB of samples to the memory allocation, taking us up to a full 2.5GB with all loaded. I’ll be honest, the default sounds really good, so you’ll not be too concerned if you are fighting your computer’s RAM allocation.

Elsewhere within District 1, we find the Mixed Choir, which I was suitably intrigued to find had similar sonic credentials to the orchestral sections. Mic’ing is again close and personal, with some really useful patches. The Power Sustain is very full on, but there’s less dynamic timbral variance here, in favour of raw power; it’s cutting and suitably aggressive! As you move up from the middle register, the transition from male to female is handled nicely, and you can hear extraordinary power from the tenors as they push in their upper range. 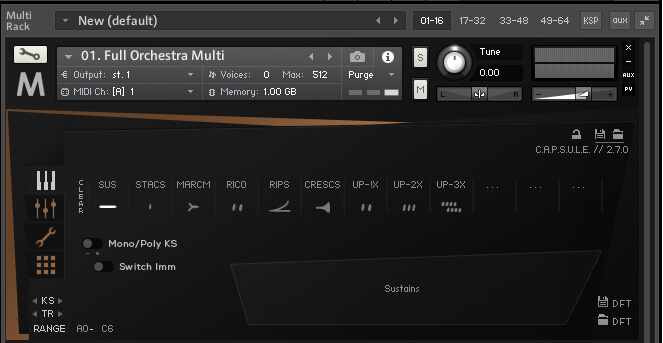 Where District 1 offers plenty of fullness and body, District 2 breaks things down into orchestral sections. The strings kick things off, with a section divided into high, mid and low, and with that also comes additional patches containing further articulations and legato bowing.

The new Power Legato, which is getting its first outing in Ark 4, is really usable and very aggressive. I made straight for the low strings and was delighted to hear the creaking of instruments, feeling almost tortured under such pressure of bowing. I want to hear those basses working hard, and thanks to the focused mic’ing, it sounds gritty and realistic.

It’s also within District 2 where we find the blended combinations of woodwind and brass. The wind combination of flute, oboe and clarinet is stunningly good, with the Power Legato being something of a star, yet again. There’s an excellent twitchiness as you move from one note to the next, with movement between greater intervals being hugely exaggerated, and again harking back to some form of Russian school of performance.

Among the more orthodox combinations there are some treasures, such as the marriage of bass oboe and basset horn. Who knew that combo would be so effective? In its more extreme setting of dynamic honking of timbre, even Bernard Herrmann would be feeling suitably content. 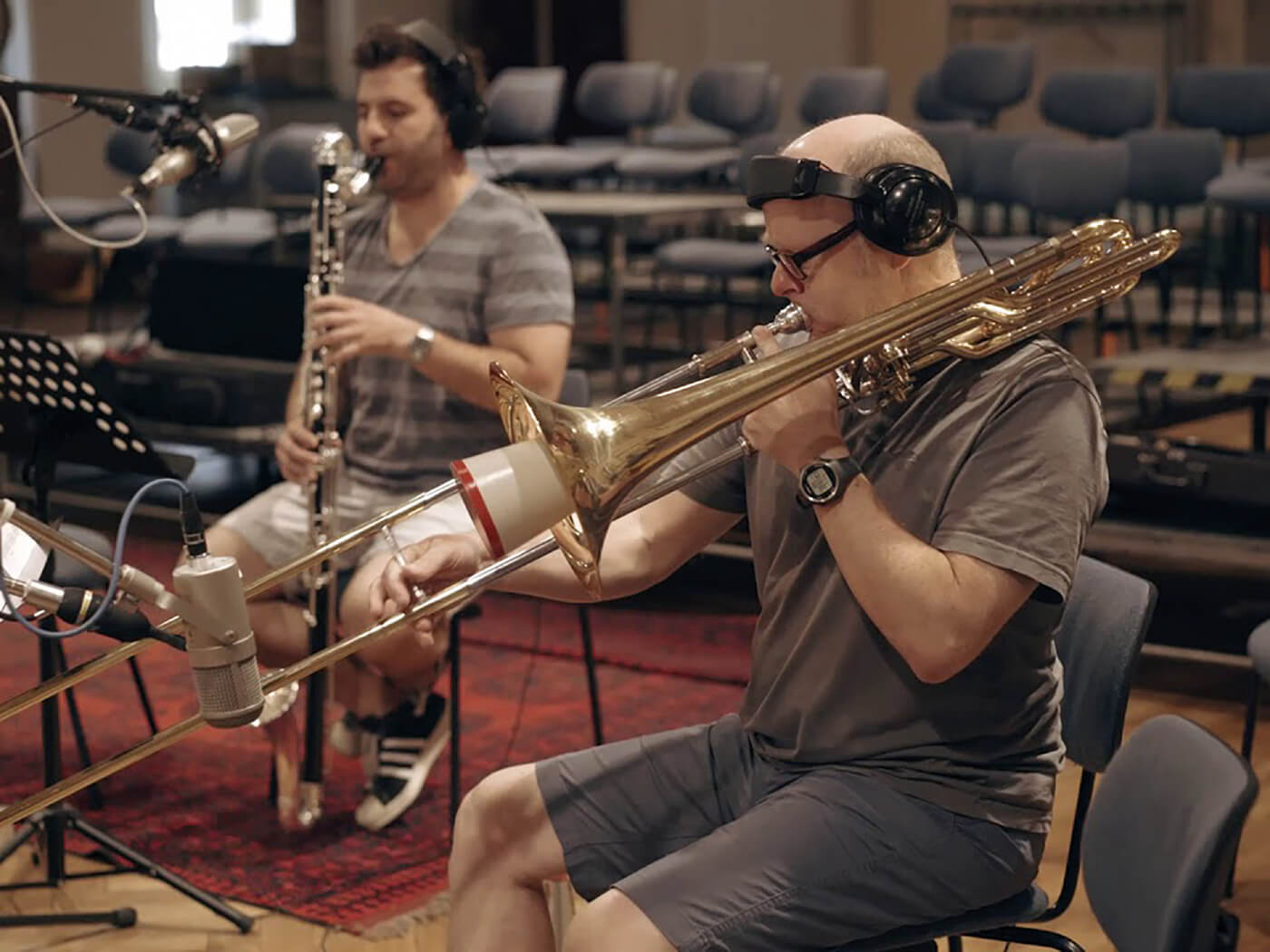 While it’s always helpful to have instruments in their own patch settings and locations, these instrumental combinations can be enormously effective and a real boon to workflow. In fact, I’d go as far to say that these are one of the main hugely appealing aspects of Ark 4, especially as some of the represented combos are a little different to those found elsewhere, thanks to both the instrument choice, and OT’s epic calling card. Many of the instruments move toward overblowing in performance, adding even more spice to the sampled colours.

Districts 3 and 4 concentrate on choir and percussion respectively, with the former offering a breakdown of female and male choirs. The Legato patches here are simply outstanding, with the female choir including a sublime Oh-Ah – nondescript colour that will prove immensely useful. We also see the return of random syllables, within the context of the shorter articulations, which have been placed in a healthy round-robin to maintain a lot of interest in colour.

And finally, the percussion brings us a couple of interesting instrumental combinations, such as marimba, xylophone and piano, which could prove helpful for both tension and comedy alike. There’s a healthy barrage of single-hit articulations, which sound incredibly reminiscent of some of the content found in Ark 1. However, it nestles alongside new content such as a kick-drum ensemble, which sounds Taiko-like, but with a healthy amount
of top-end click.

The Metropolis Ark series is a firm favourite with many soundtrack composers, as it offers some really effective instrumental colours which are considered and often form part of a bigger package-wide picture. I was a little unsure about Ark 4 at first, as I felt that there was a degree of repetition of Ark 1, but delve deeper and you quickly learn that this is not the case. The sound is closely focused, while there are a host of new colours and articulations which are really useful and highly inspiring.

Dynamically, it doesn’t go too far at the quieter end of range, but then this version is all about epic and elite forces. Overall, with Ark 4, Orchestral Tools has built yet another package to further bolster an already excellent series.

If you are already lucky enough to have other Metropolis Ark packages, you might quite rightly be wondering if you really need this one. There is a small degree of crossover, but that’s the essence of the range; different Arks cover different areas. The Legato and Power Legato patches are truly useful, with the latter offering an altogether different colour, while the instrument combinations are going to be great for people who need good workflow.

Some of the instrumental combinations are really different and inspire immediately as you start to use them – and that’s always a useful element in a package. The bottom line is that if you like the other Arks, you’ll love this for its wealth of content and instant usability. 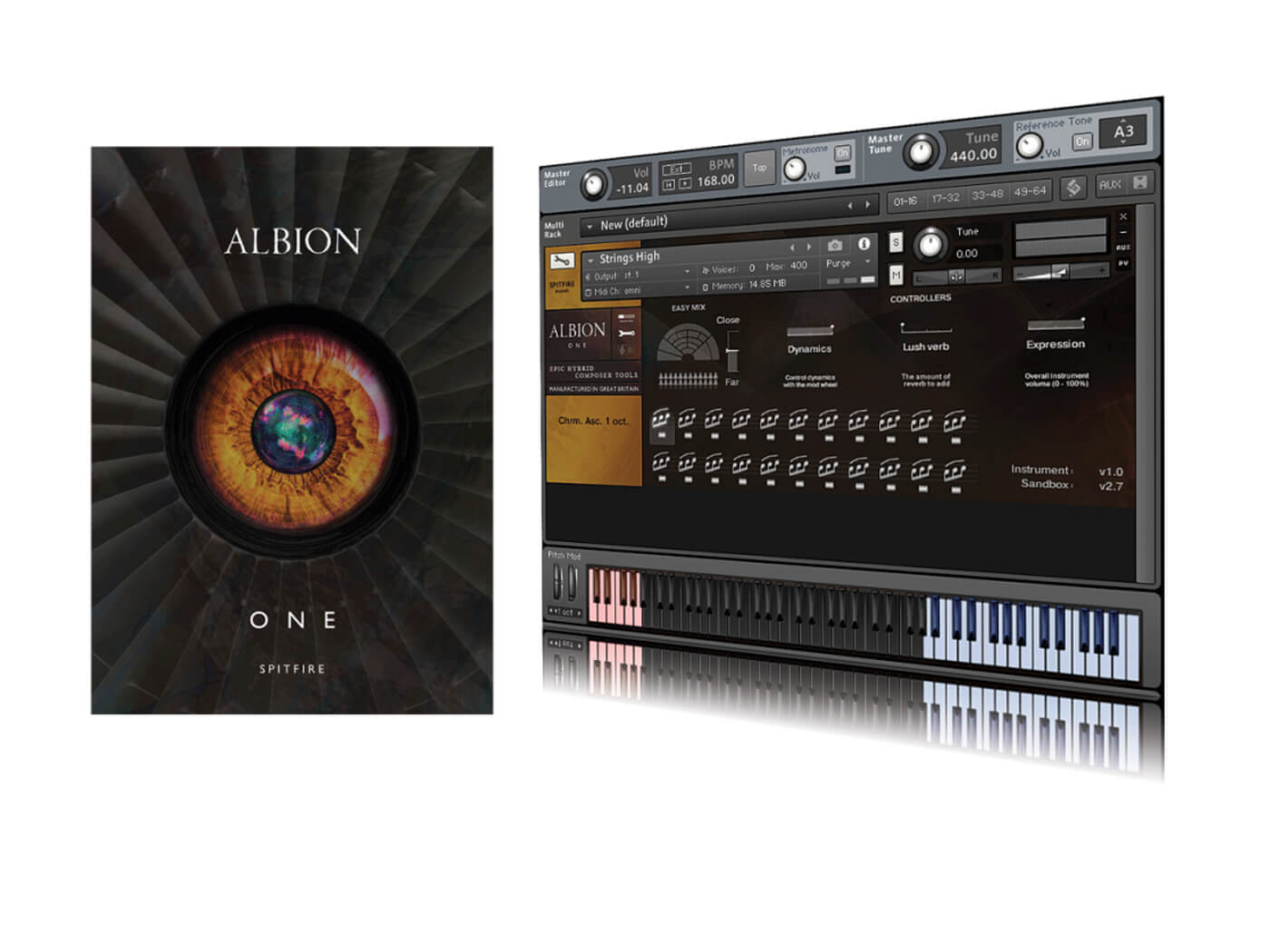 Something of a timeless classic, the first Albion release from Spitfire offers plenty of highlights along with a wealth of content and helpful combinations. It still remains a great first purchase for those starting out with orchestral scoring. 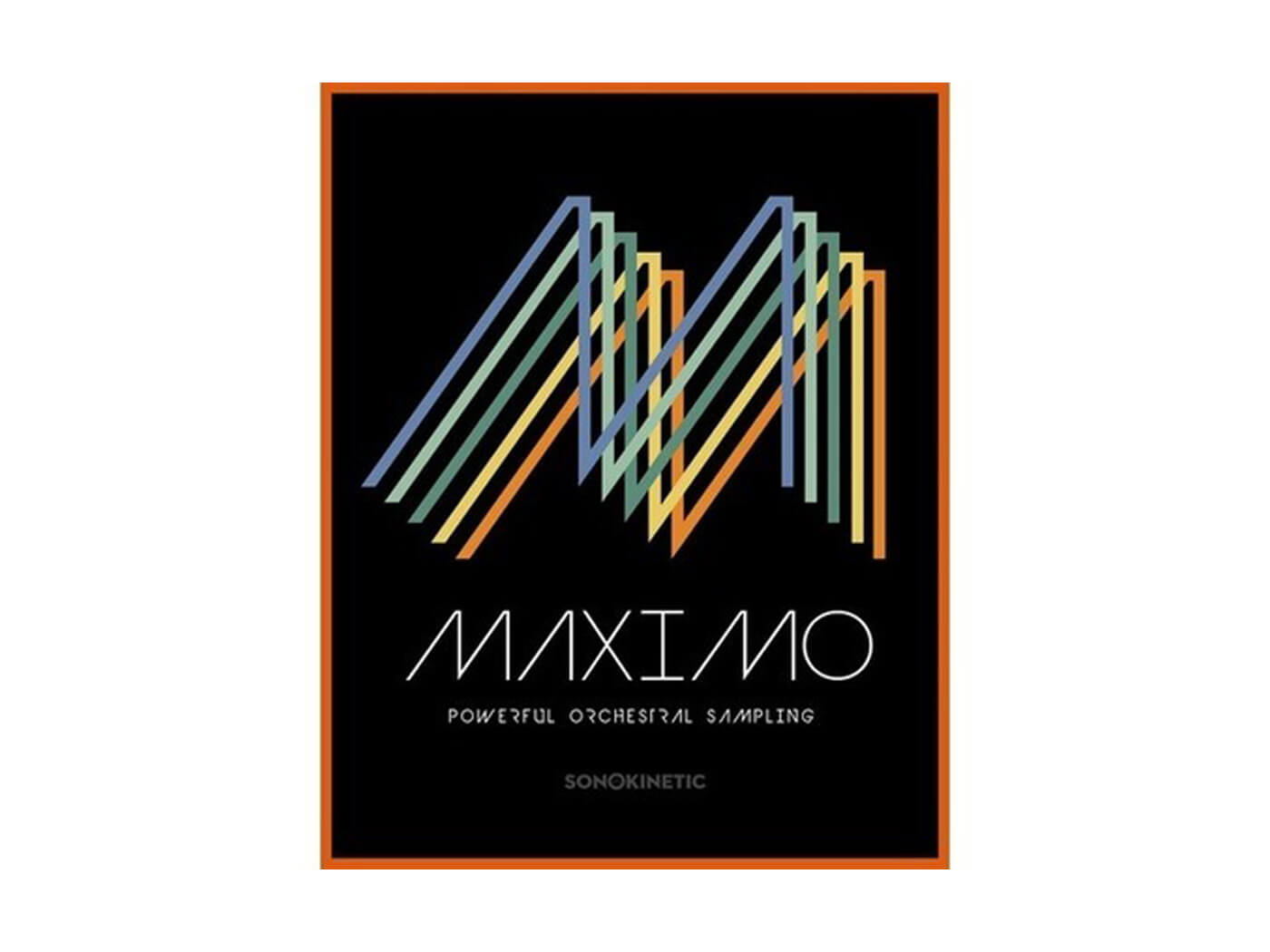 A slightly different package, built solely around loops and phrases. The epic nature of it is obvious, combining instrumental sections in a very usable way. A great way to get epic if you need help with orchestration techniques.