Spectrasonics Omnisphere 2 Review – Even Better Than You Thought 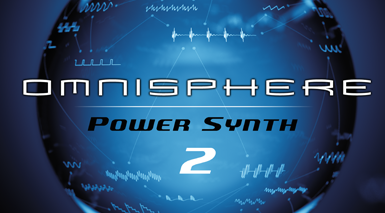 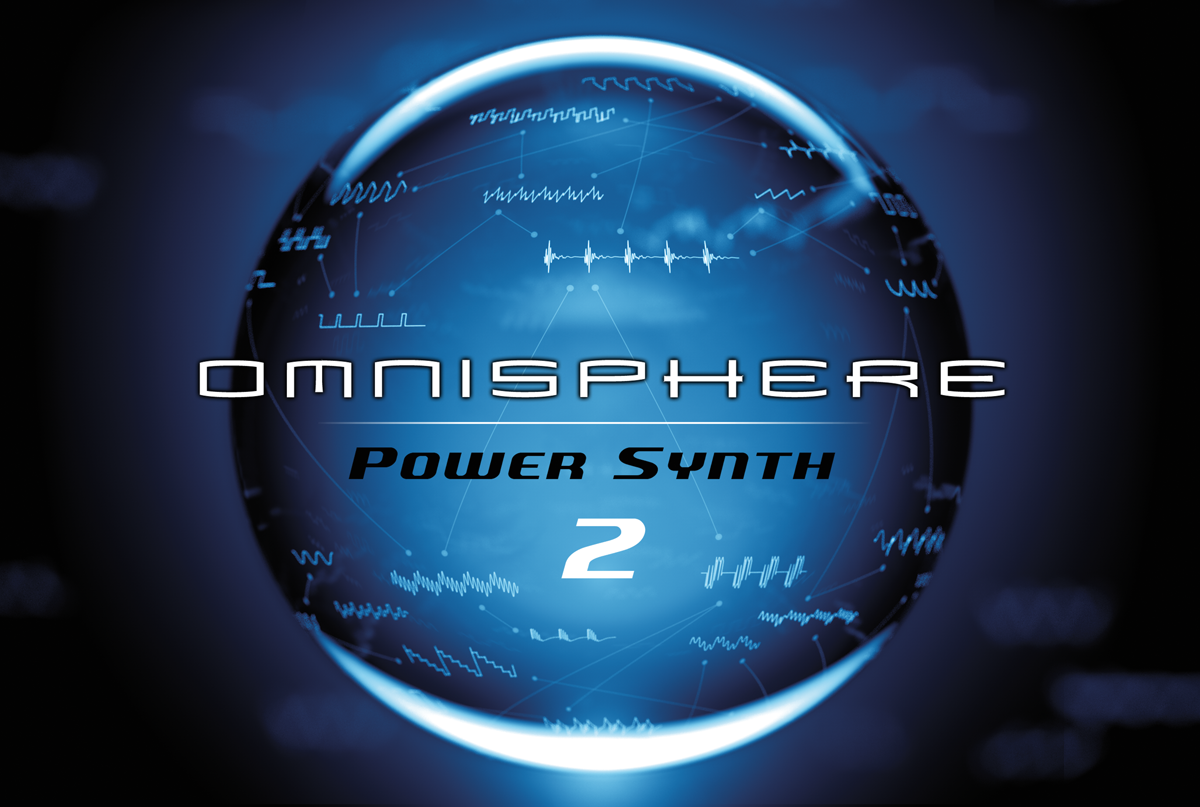 Since its release in 2008, Omnisphere has proved itself to be one of the most consistently useful and versatile software instruments available. Its success is testament to both the wealth of included sound content that you’d expect from a Spectrasonics product, but also the surprising amount of raw synthesis power packaged into Omnisphere’s sound engine.

From its Granular Synthesis modes, through to the complex rate-level envelope generators, there’s plenty to keep the avid knob-twiddler happy. Yet despite this apparent complexity, Omnisphere is an immediate and easy-to-use instrument packed full of great-sounding patches!

New Generation
Now it’s 2015, and Spectrasonics have taken a long hard look at Omnisphere and developed the next generation of their cutting-edge synthesizer – Omnisphere 2.

Pleasingly, the ethos and overall appearance of Omnisphere remains largely the same, so despite a slightly widened interface (now incorporating a slimed-down browser window) existing users will feel immediately at home. Look under the bonnet, though, and you’ll soon see how far-reaching the improvements are in Omnisphere 2, with a list of new features almost a long as a fully-fledged DAW upgrade! 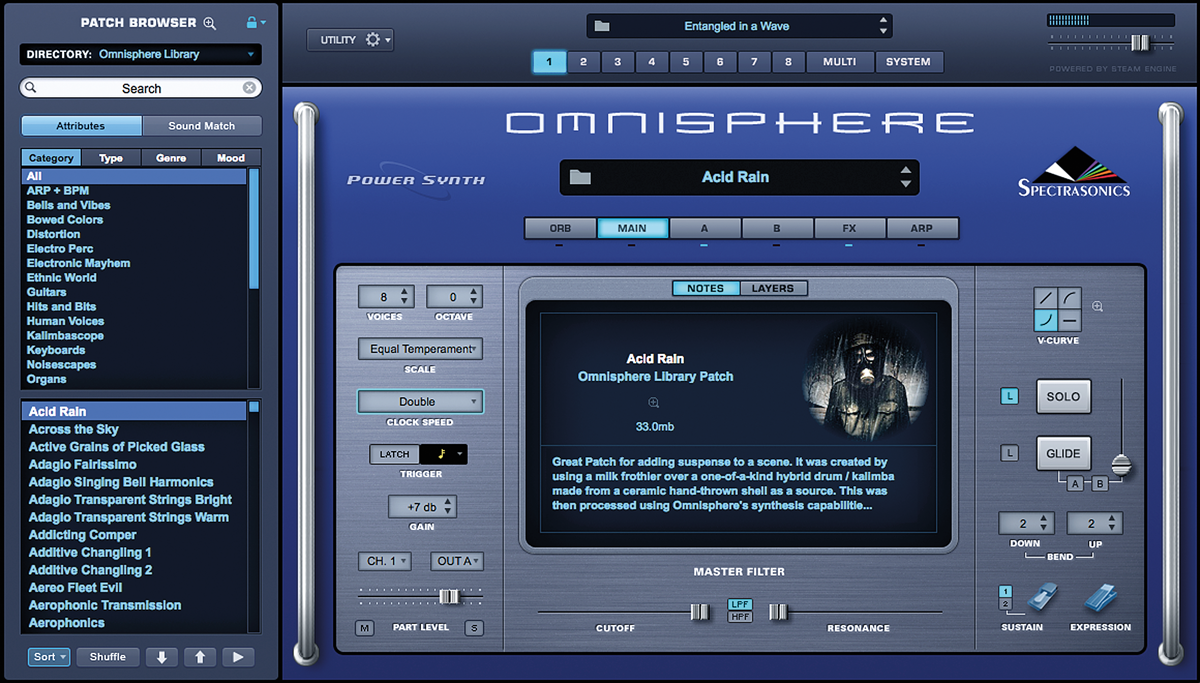 Although Omnisphere 2 is available as a product in its own right, most existing Omnisphere users will be keen to take advantage of the $249 upgrade. As you’d expect, the Omnisphere 2 upgrade is available from Spectrasonics’ own web store, necessitating a 20GB download for the new Soundsource content included with the instrument.

The install merges and replaces with your existing Omnisphere, updating the STEAM folder and upgrading the instrument plug-in to version 2. All existing projects will now load in Omnisphere 2, with the original Omnisphere becoming just a distant memory!

Alternatives
Omnisphere 2 has a sound of its own, but there are other means of getting similar results from other software instruments. Native Instruments’ Absynth (£169) includes a granular synthesis module and imparts the same organic-like quality on many of its sounds.

We’d also argue that the expanded DSP waveforms and their wavetable-like operation mimics the sound and operation of Native Instruments’ Massive (£169), which is a popular tool among many EDM producers.

Ultimately, the ‘Omni’ moniker is an apt description, with few other instruments offering the sheer breadth of imaginative, other worldy sounds as Omnisphere 2.

In Use Tip
Some of the best Soundsources for the granular engine are musical phrases. Try searching for Soundsources with the PHR prefix under the Soundsource Browser (the Gamelan Orch sample are our favorite choice).

Once loaded, enable the Granular engine under the Oscillator Zoom page. Notice how the sound appears ‘scattered’ – qualities that you can adapt using Grain Depth and Intensity controls

DIY Omnisphere
Arguably one of the most exciting new features is the ability to import your own audio files in Omnisphere 2’s sound engine, which can then be modified using everything from vowel-based filters, granular synthesizers and a new Innerspace FX unit (more on this later).

The audio import is navigated through the Soundsource Browser using a new tab called User Audio. You can import single audio files up to 24-bit 192kHz resolution, which are then written into the STEAM folder so that they and be recalled at any point in the future.

Coupled with the excellent Granular Synthesis module, the Audio Import works at its best creating ambient soundscapes, where an original musical phrase is stretched, looped and mangled far beyond its original form.

There’s also plenty of fun to be had swapping existing Soundsources in the current patch for your own sample-based material, which can create plenty of interesting serendipitous results. Obviously, the Audio Import feature doesn’t seek to replicate the multi-sampled dexterity of a fully-fledged software sampler, but it does offer an excellent route into the unique sonic world of Omnisphere 2 that many comparable instruments don’t offer.

Those that like to build patches using the inbuilt DSP oscillators will be pleased to note some significant improvements in that department.

Whereas the original Omnisphere had just a 4 DSP waveforms, there’s now over 400 to choose from, all configured as a morphing wavetables, much like the waveforms in Native Instruments’ Massive.

Add eight new filter types in the equation (including some great vowel-based effects), a new Unison Drift model, and an increased FM Depth/Ring Mod, and you can see where many of the new patches get their hard-edged electronic sound.

Casual Browsing
While many musicians will enjoy the added sonic depths possible from programming your own sounds, there’s little doubt that a large number of Omnisphere 2 users will be content simply exploring the list of over 12,000 sounds included with the instrument. 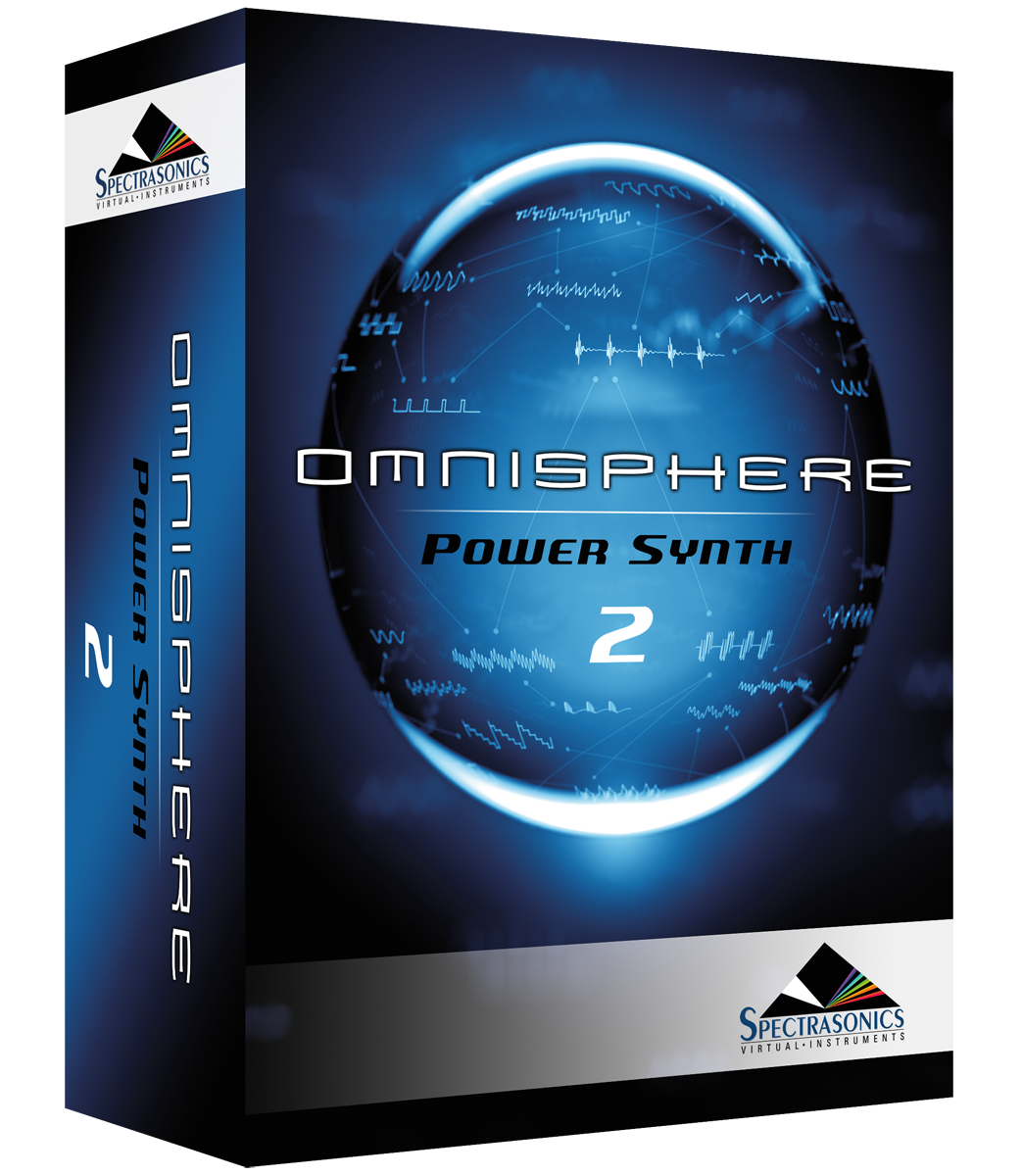 New Soundsource content, which accounts for most of the 20GB download, includes extra ‘Psychoacoustic’ samples, Circuit Bent Soundsocurces and wealth of melodic phrases that are perfect fodder for the Granular engine.

In addition to the new patches in the familiar Omnisphere style (organic, abstract, pulsing and so on) it’s also pleasing to note a new Spotlight EDM library that demonstrates just how contemporary Omnisphere 2’s synth engine can sound.

Of course, having a patch library of over 12,000 sounds can be both a blessing and curse, so it’s interesting to note just how much effort has been expended in the Patch Browsing functionality.

This is immediately noticeable in the Mini Browser than populates the left-hand side of Omnisphere 2’s interface, which makes browsing far quicker than before. The full-sized browser has also been tweaked, with improved sound organization and a great new Sound Match feature that lets you find similar sounds quickly and easily.

One of the more intriguing and creative developments in the Patch Browser has to be the Sound Lock feature. Sound Lock works by preserving an aspect of a patch – like the Arpeggiator, Envelopes or Mod Matrix – while you browse alternative sounds.

It could be, for example, that you like the movement in one of the ARP+BPM patches, but want to explore different timbres and Soundsources applied to the same Arp/Envelope settings. Sound Lock, therefore, is a great way of creating hybrid patches with just a few mouse clicks, and a useful means of negating the ‘train spotter’ effect where other musicians and producers spot Omnisphere presets in your music!

New models include a wealth of extra distortion and amp modelling effects, some vintage phasers, flangers and a chorus unit, as well as some more contemporary offerings in the form of Quad Resonators and Innerspace. The Innerspace works as a form of ‘textural’ impulse response processor, imposing the characteristics of a wealth of samples (like Coin Dropper, or Electric Power Tower) on the output of Omnisphere.

Ultimately, there’s far more included in the Omnisphere 2 upgrade than we could possibly hope to cover, so it’s well worth looking at the new features list online to see what’s also on offer.

Almost every part of Omnisphere has been revised, tweaked or expanded in some way, with often seemingly simple transformations having a profound impact on what Omnisphere 2 can offer. From the Arpeggiator’s new Note Transposition features, through to expanded set of Modulation options, Omnisphere 2 simply exudes creative potential!

Omni Potent
Having developed one of the most feature-rich virtual instruments ever produced, it would be fair to say that Spectrasonics had their work cut out trying to improve on the original Omnisphere.

More than a means of extracting a $249 upgrade fee from its users, Omnisphere 2 is root and branch rethink, a ‘wouldn’t it be great if…’ brainstorm that’s delivered an instrument that’s never sounded better, nor offered a greater amount of creative potential.

If nothing else, Omnisphere 2 is proof that Spectrasonics love Omnisphere just as much as we do, and that its unique blend of electronic and psychoacoustic sound is here to stay!

Even 7 years after the release of the original Omnisphere, it’s a telling sign that a stream of new instruments and sample libraries seek to sell themselves as ‘the ultimate Omnisphere killer’.

While some developers have got close to Spectrasonics’ greatness, there’s little doubt that revitalised Omnisphere will arguably set a new gold standard for the next five years – an instrument that many developers will seek to emulate, but few will succeed in equalling.

Thanks to some genuinely innovative features, not to mention a wealth of extra sonic material to play with, it’s hard to imagine any software instrument delivering the same breadth and sheer sonic excellence as Omnisphere 2.

A superb upgrade on one of the finest virtual instruments money can buy. Omnisphere 2 oozes class and sophistication and should be an essential purchase for all.