Novation’s new slimline Launchpad is aimed at the iPad Generation. Andy Price gets mobile… Details Price £79/$99/€98 Contact Focusrite 01494 462246 Web http://uk.novationmusic.com Earlier this year, Novation revealed the Launchpad S, a bells-and-whistles version of the original Launchpad that included FL Studio support, brighter pads and a much smoother experience all round, so it was something of […] 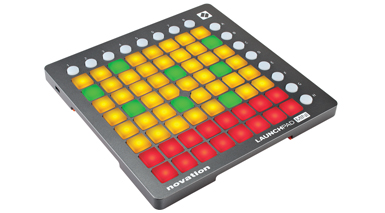 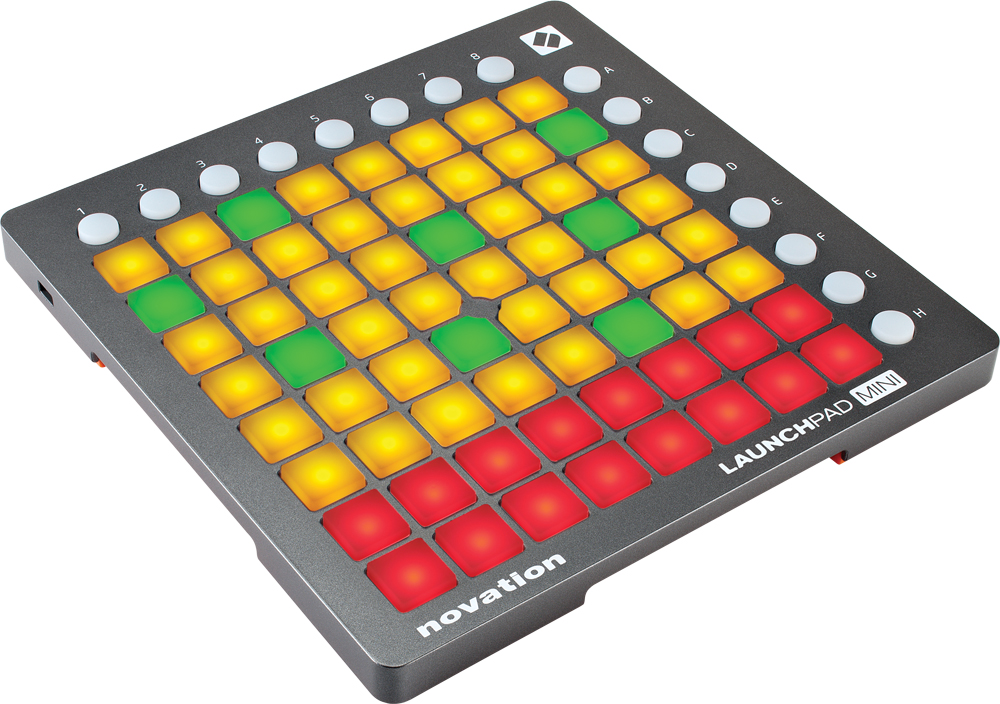 Earlier this year, Novation revealed the Launchpad S, a bells-and-whistles version of the original Launchpad that included FL Studio support, brighter pads and a much smoother experience all round, so it was something of a surprise to hear of yet another iteration of the Launchpad some five months later.

This latest, re-sized model was revealed as part of a trilogy of announcements that expanded Novation’s Launch range. The compact MIDI keyboard Launchkey Mini was also announced, as was the mixer/controller Launch Control (we’ll be bringing you reviews of both very soon).

Novation promoted the trio with a slick and focused marketing campaign that emphasised the appeal of composing in the great outdoors, the company’s target audience being the ‘iPad Generation’ – a roaming horde of homeless nomads who never know when inspiration may strike, be they on a park bench, in a taxi or halfway up a flight of stairs.

The Launchpad Mini is perhaps the most user-friendly of the three, and one that is perfectly suited to this kind of on-the-go music-making, yet also works just as well in a home studio context.

Like its siblings it features 64 bright, three-colour pads (arranged 8 x 8) that activate loops, effects and sounds, with a lightning-fast response time (despite not being velocity-sensitive). The customisable performance buttons that run down either side are labelled A–H and 1–8. The unit draws power from your iPad or computer, so leads that would nullify its mobile nature are absent.

While the Launchpad Mini fluidly connects with Live, FL Studio and DJ software such as Serato and Numerology, what’s integral to the iPad Generation ethos is the interaction with the (free) Launchpad for iPad app. Connecting to the iPad is straightforward, but you will need to purchase the iPad Camera Connection Kit (£25), which mind-bogglingly isn’t included in the box.

Pads to ’Pad
Once connected to your iPad, Launchpad Mini becomes a versatile instrument, triggering the Launchpad app’s vast range of loops and samples that come courtesy of Loopmasters, although with a recent app update, it’s now possible to add your own to the app. You can import WAV and AIFF samples organised by bpm via a DropBox account to create whatever libraries you want.

In a studio environment the Launchpad Mini works well, boasting effortless integration with Live 9. Clip and scene triggering in Live is a doddle; controlling volumes/sends feels natural and is an organic way of interacting with your projects. The Launchpad Mini comes with Ableton Live Lite, so if you’re new to the DAW you won’t feel left out. Noticeably, Novation has done away with the Ableton branding that the Launchpad S sported, going instead for its own logo and imagery.

Users of FL will enjoy using the Mini’s grid to activate loops and samples; you also get packs of custom overlay stickers to make things more straightforward for both FL and Live. Adding the Launchkey Mini to your studio setup very much completes the Novation jigsaw; however, the Launchpad Mini is a useful standalone tool as it is. 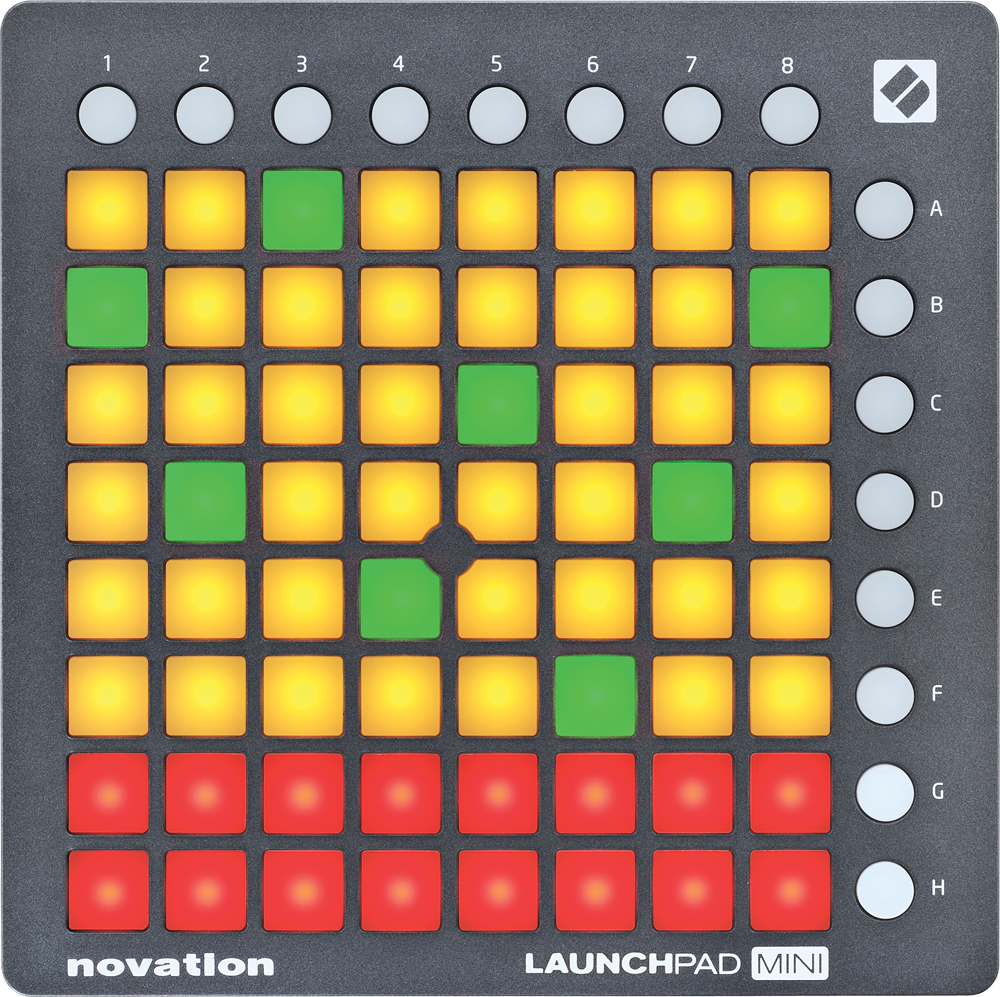 We first got our hands on the newly announced instruments in the Launch family at the Novation stand at this year’s BPM Show and had a wonderfully fun time, triggering loops with the Launchpad Mini while constructing elegant melody, lead and bass lines with the Launchkey Mini, then tweaking filters and effects with Launch Control.

The harmony between the instruments in the Launch family is something that Novation has been keen to trumpet, and when all three are working together you can understand why. The three instruments, although all good in their own right, click together well, resulting in a highly versatile control system that inspires new methods of composition and performance possibilities.

One downside of the smaller pads is that they could be more difficult to trigger – those with bigger fingers might need to be careful not to trigger two at once. But overall our experience with the Launchpad Mini was a good one. It’s remarkably simple to use and undeniably fun, practical and intuitive, with plenty of options to satisfy your creativity – even on the stairs! 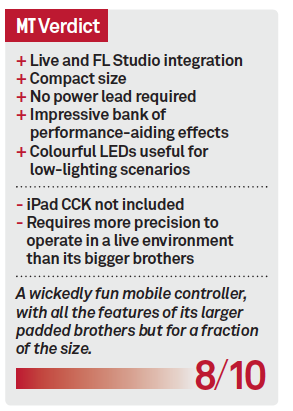