Native Instruments’ Komplete Kontrol A-Series of keyboards has great functionality for the price. We take a look at the mid-range A49. 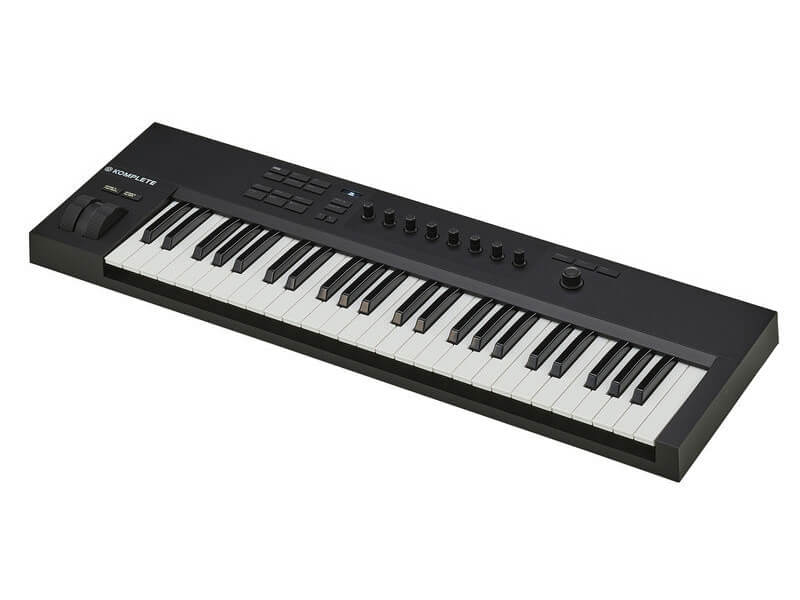 Is it really over four years since I reviewed the Komplete Kontrol S-Series Mk1 keyboards? This was a revolutionary series of controllers that really did start to blur the lines between hardware and software. They work with NI’s plug-ins and third-party ones, acting as an interface that automatically maps its controls to the software’s most important attributes. Yes, that’s been done before – but never this way.

With excellent screens and controls, the S-Series almost seems to suck the software from your computer and place it in the hardware, making you turn less towards your computer screen and more to what you’re actually playing; you’re less technician, more musician.

However, four years is a long time in the world of control – an area that’s been hotting up. I’ve since looked at the Akai Advance series which did its own successful take on giving you less computer-screen time and, more recently, Novation’s SL MkIII – another type of controller entirely and one that breaks down control barriers with both hardware and software.

The first and perhaps biggest difference is you don’t get the Light Guides. These are the lit-up keys that help a lot when it comes to the scaling options that KK offers, and give you an indication of where all the different samples, keys and articulation sets are on a typical Kontakt-based instrument. And, yes, they look bloody lovely too, so I shall miss them.

The screen is much smaller on the A-series (plus the S-Series now has two) and you lose the touch strips, a pedal input and the keyboard now has a ’custom NI keybed’. I’m okay with the bulk of these cuts, as long as the NKS integration – how the hardware sets up with whatever software you control – is as slick as that on the S-Series.

To test this, on the A-Series you also get a hefty software library thrown in with Monark, The Gentleman, Reaktor Prism, Scarbee Mark I, and more. That’s a hundred-odd quid for a keyboard and a whole bunch of instruments, all ready to go and talk to one another.

The other main difference between the S- and A-Series is weight. The S-Series is reassuringly heavy, well built and sturdy. The A49 on test was a ’carry up the stairs under one arm’ job when I took it in my studio which, probably because I’m always lugging gear around, I see as a good thing. Okay, it’s not as sturdy as the S, but I can’t see anything too flimsy about it, either. It’s not going to fall apart any time soon.

Other aspects on the S and A keyboards are similar – the transport, select and navigation areas are present and correct as are the eight rotaries. Elsewhere, on the right, you get three fewer buttons for navigation, but the Shift button doubles each one up, as it does with other keys.

S-Series users may be disappointed with the lack of light action on the buss-powered start up – especially with the Light Guides missing – and the keys aren’t lit up unless they’re in use, so you might find yourself squinting to see what does what.

The keyboard itself is another cost saving as it utilises NI’s custom keybed rather than Fatar’s (presumably) more expensive setup but I don’t think you’ll be disappointed. NI says it’s done a lot of testing to get bang- for-buck from the keyboard and while it’s no 88-note hammer-type action, I’ve played a lot worse – indeed all are worse at this price. The pitch and mod wheels also feel solid, so no complaints there.

I tested the A49 with Logic as a controller first. I updated both my Kontakt and Komplete Kontrol software (you might also, as I did, have to update your KK firmware). As I booted Logic up, the A49 lit up with the Transport buttons which, after a nudge from Logic, assigned themselves correctly as the KK keyboard became the available control surface.

Other keys are also set up to control DAWs, such as the cursor left/right keys control mute and solo; the eight rotaries will control track volumes and the rotary on the right the song position, with the Shift key on the left opening up more possibilities on certain controls. It’s not as fully featured as some controllers for DAW use, but a nice bonus. Check your DAW compatibility on the NI website, as Cubase and Nuendo are still being developed at the time of writing. 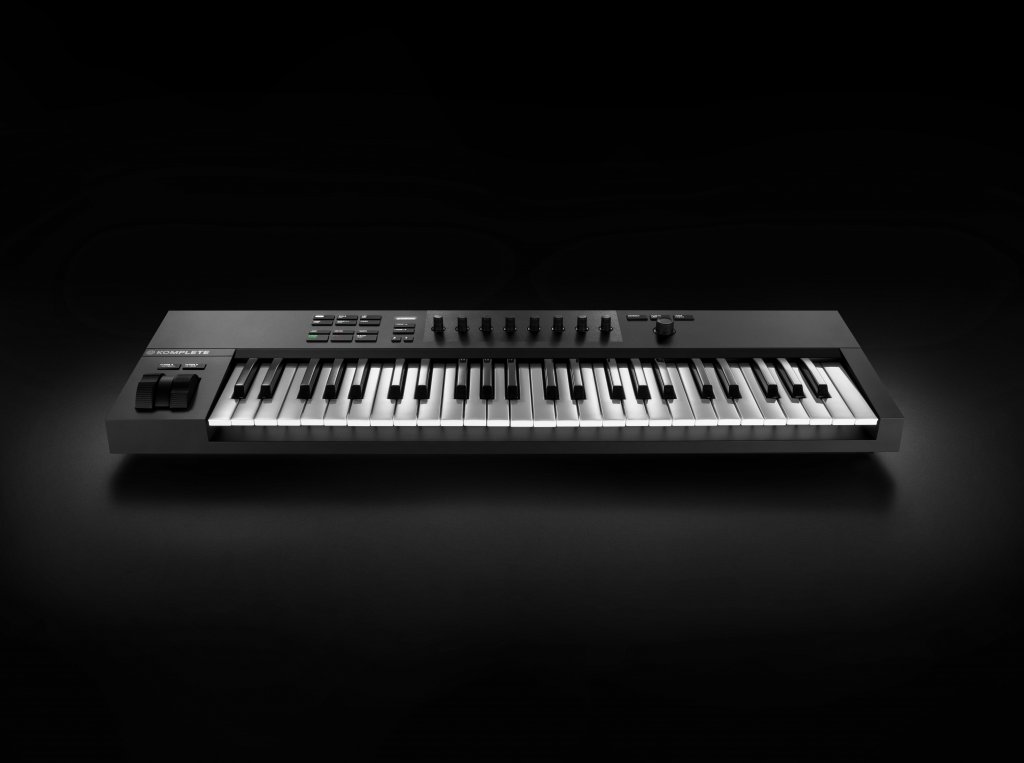 Controlling your NKS software is where the keyboard really comes into its own, though, and this is simply a matter of loading in an instance of the KK software and navigating via the hardware to a sound or effect that you want. You’ll have to load the KK software standalone first though, so it builds up a database of your compatible software and then it will run in your DAW.

Here, you can load by sound or titles and home in on whatever you want via the keyboard. Once your sound or effect loads, the important controls are assigned to the eight rotaries and turning each reveals the one being controlled on the screen. It’s not quite as slick as the S-Series, but no less successful, although in Logic, it would revert back to controlling the DAW rather than browsing the software without being ’asked’ on occasion.

Compared to the S-Series, there are bits missing on the A-Series that I adored – the touch strips and the lights. However, as you’re reading this, there’s a good chance this might be your first experience with Komplete Kontrol, in which case you aren’t going to miss them. If you do and have the cash, then the S-Series is still out there!

It’s what you get for your bucks – or lack of them – that scores with the A range. This is a serious amount of pro hardware and software for an almost amateur level of money. I’d almost worry that people may look at the price and automatically assume it doesn’t include that much.

But you get a controller keyboard that locks into the ever-increasing NKS world of instruments and effects and delivers total control over its best bits. It will even make an attempt at controlling your DAW, but that’s not really what Komplete Kontrol is about; it’s about total hardware and software plug-in integration, breaking down any barriers between the two.

Those wondering what it will do with their non-NI plug-ins should check out their NKS compatibility – they might be surprised they’re welcome to the Komplete Kontrol partyl. But even if you don’t have any NKS plugs, perhaps this is the best entry point into that world. A full-sized keyboard, a bunch of high-quality plug-ins and a great conversation between the two of them? I’d buy that for less than 200 quid.

In need of control? Don’t use that much NI software? Then maybe you don’t really need an A-Series in your life. Or do you? Now is probably the time to take the plunge with some NI software, because you get a huge great bundle of it with a keyboard that costs the same or less as many controllers. You won’t get all the NKS pluses with other software, but you’ll enjoy lovely NI integration. 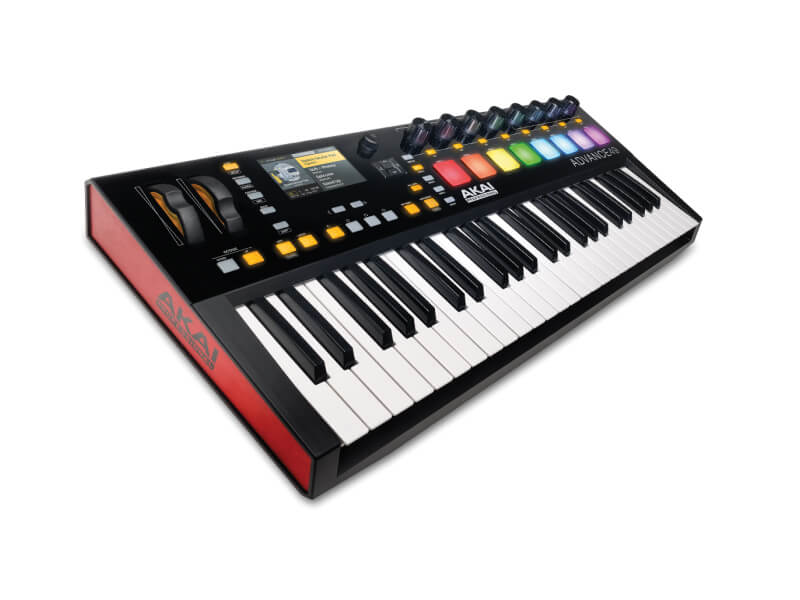 This has been around a while, but has been updated since we reviewed it in 2015, so is a relevant contender in MIDI control. It uses the excellent VIP software and has seamless integration between hard and software. 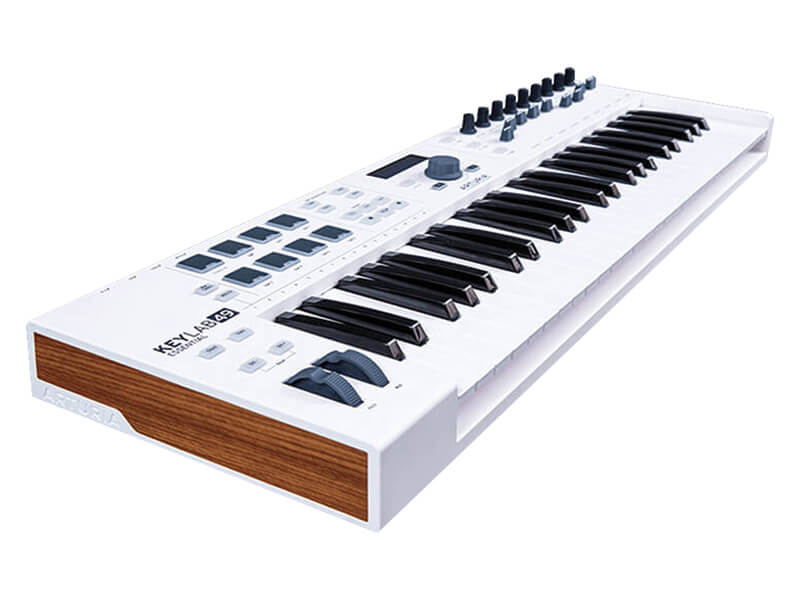 Probably the most direct alternative is this combination of good hardware and great software that features many of the sounds – around 5,000 of them – from Arturia’s extensive plug-in range.