Is it a wavefolder? Is it a fuzzbox? Dave Gale fires up the new Wavefolder from Sweden’s DPW Design to catch and sculpt some incoming waves… 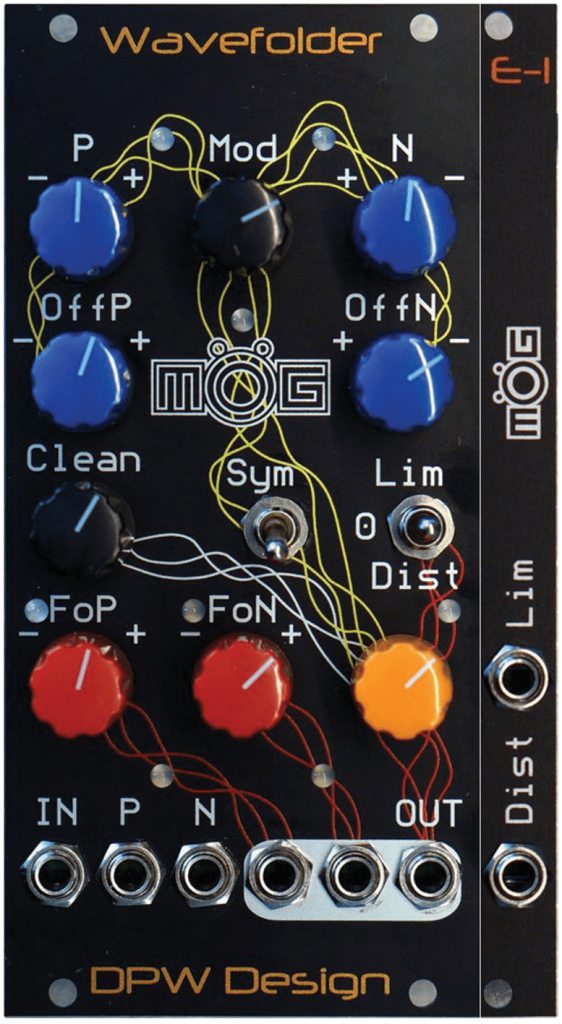 Often overlooked, wavefolders are a wonder for developing interesting tones. Some more expensive oscillators have the ability to tweak the shape of a wave at source, but possibly more useful is the concept of having a good-quality wavefolder that can be used with any oscillator; and even better if it has further tricks up its sleeve!

A relatively new company, Swedish-based DPW Design is very much the brainchild of electronics guru, Dan Wahlbeck. With over 20 years in the electronics and R&D business, he knows about product design and build and that comes across when you take the Wavefolder out of the box. It’s sturdy and well built, with not a hint of pot wobble, with the screen printing looking classy against the black panel.

Thanks to the E-1 Expander that is included with the Wavefolder, screwing into the rack will require six screws, not four. Once on, it takes a little bit of explaining to get my head around what does what, which is testimony to the level of complexity which it would reveal.

In short, this Wavefolder allows for control of both the Positive and Negative elements of the wave cycle, or Top and Bottom as it might appear on an oscilloscope. The folding is applied by increasing the Mod pot at the top of the module, while also bringing into the play the offset pots, with a designated offset pot for both positive and negative.

It becomes apparent you don’t need to over-apply these elements to start with, as the results could easily extend out of audio range, so following the instruction of the helpful online video manual, backing off the CV amounts started to yield some really delightful colours.

When I first heard this module at a Modular Meet, I was struck by its clarity and smoothness, even in the noisy environment of modulars battling for audio space. So much so, in fact, that placing this on an oscilloscope reveals a very crisp shape to the summed signal, which translates to the audio. 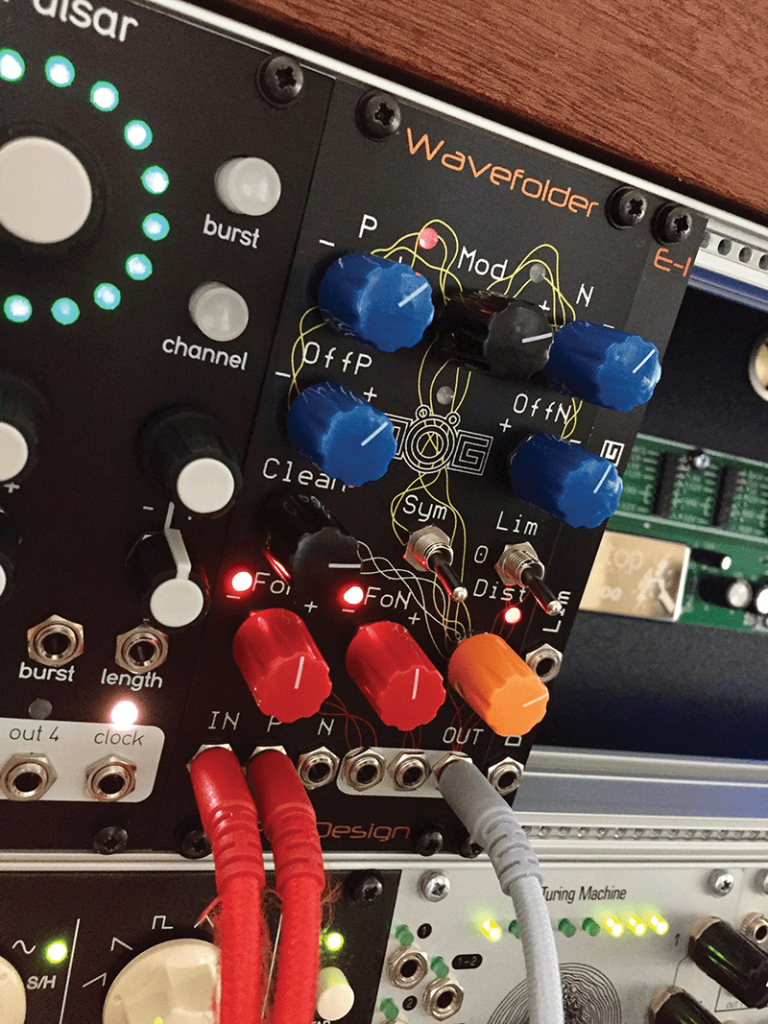 It’s exceptionally smooth in transition of wave, so much so that it makes you immediately want to reach for a cable and use some modulation on the folding. In doing so, the inclusion of an Attenuvertor for both sides of the wave is a real help, allowing for any taming of CV for maximum exploitation.

The concept of independently controlling the Positive and Negative elements of the wave, from two differing modulation sources, opens up a huge spectrum of sonic wonders. You can feel the waves wrangling as the shapes twist and turn, and with two modulation sources, the results feel very random, but can easily be clocked elsewhere in the modular, if a more regular musical concept is required.

It’s also very helpful to see LEDs that glint between red and green in colour to indicate the amount of modulation to the wave. A centrally located switch means it’s also possible to move to a ‘Symmetrical’ mode, which will treat both sides of the signal with unity. However, inputting two modulation sources will introduce even more wave wrangling, as the positive and negative elements fight against each other, cancelling and multiplying as they go.

In my experimentation with the Wavefolder in preparation for this review, the thing that completely floored me was the introduction of audio-rate modulation while also combining LFO. This adds extraordinary ‘fizz’ and harshness to the timbre, opening up the module’s potential as part of a sonic palette.

The introduction of the LFO can allow for this to come and go, which makes it great for drones and static notes, with a really interesting element of movement. Towards the lower end of the module, there are attenuvertors and outputs for both the Positive and Negative folders, which emit something akin to a Square-like tone, but tweaked to sound even better.

Using these two outputs can throw open a very wide signal, if panned hard left and right, in stereo. As you start to explore the wavefolding aspect further, it becomes clear this is the sort of module that you really have to work with, to get the best from it.

There were moments of silence as I would try and work out where my audio signal had gone, normally retreating through folding to a place that was producing tones, but not with any harmonic content that I could hear. 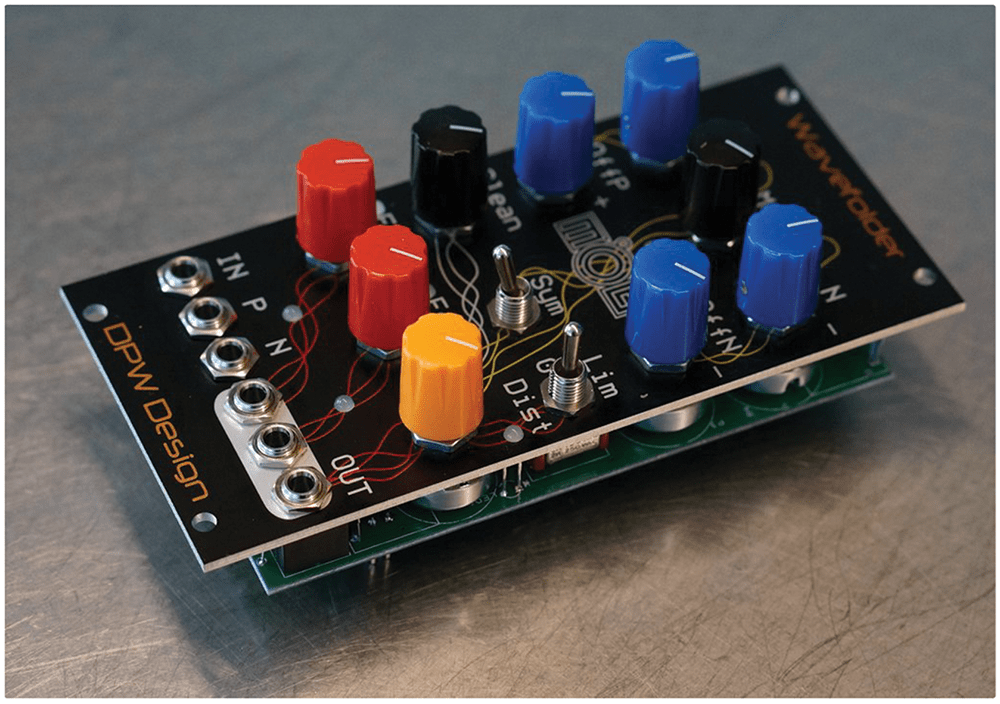 This module could be useful on two levels; the waveshaping side is excellent, although needs work to understand its complexity; and the distortion is colourful and musical. For interesting tones, both of those elements could be of huge use, and making interesting tones is very high on most modular user’s list of things to do.

In translating the word ‘mög’, the closest we can get to is ‘dirt’. This may well be referring to the colouring that the distortion side of the module offers. Limiter and Distortion are available, with the former offering all manner of harmonic interest.

According to DPW, it is not supposed to be transparent, and that comes across when Limiter is applied to a Sine. Colours are added easily and sweetly in the upper harmonic register; but then moving to the distortion, the signal is heavily affected in style and volume.

To my ears, it feels crisp and sharp, in line with the wavefolding, but also feels weighty. Apparently, DPW has tamed the top end somewhat, but there’s plenty of colour there to work with, making it perfect for cutting through a mix.

At this point, the E-1 Expander comes into play as it is essentially an access point for controlling the limiter and distortion. Connecting an LFO will have these elements appearing and disappearing, but move into the realms of audio-rate modulation and the result is striking and digital sounding. Apply a high-frequency tone, and you’ll have something that sounds dithered and bitcrushed; perfect for the current age of music production.

It certainly took me a little time to really get my head around the WF-1’s numerous possibilities, but then, it’s great to have a module that you need to work at, and once you do, the rewards will shine sonically. The fact that it is capable of both folding and distorted tones puts it into a different league; it’s a terrific-quality product for the money. 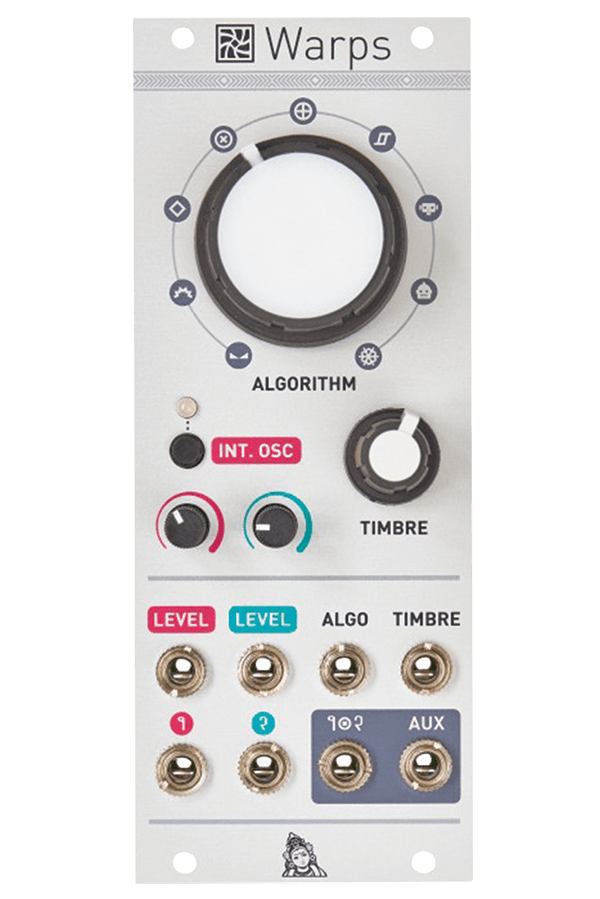 For something more gnarly, Warps is great for cross modulation and distorted tones. 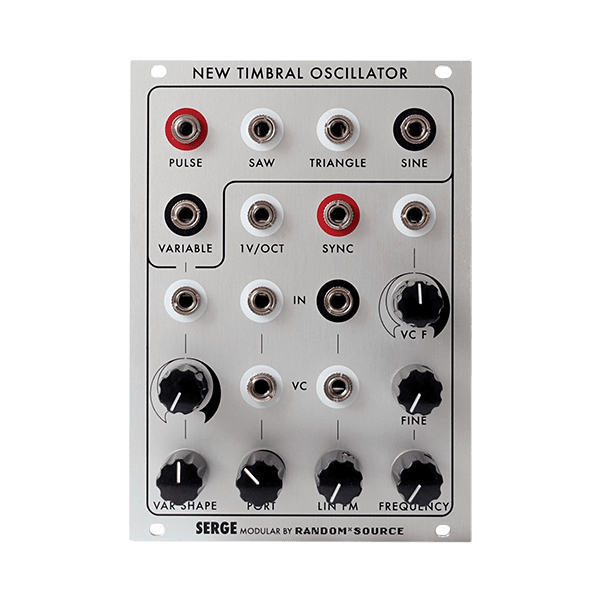