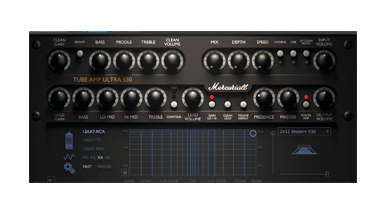 The Mercuriall U530 is an exacting emulation of the Engl E530 preamp, with additional Class A power-amp stage and cabinet modelling. Mike Hillier plugs in and rocks out… 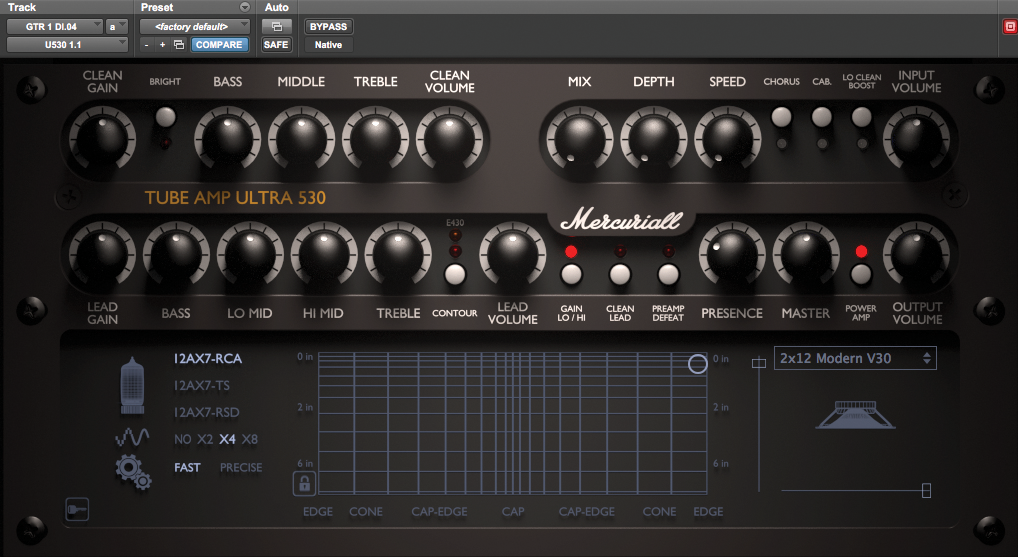 While most virtual amp simulations attempt to model classic amp heads and combos from the likes of Fender, Marshall and Vox, Mercuriall has opted instead to model a rather unusual rack-based guitar preamplifier from Engl: the E530. The original is a 1U valve preamp with clean and lead channels and Hi/Lo gain modes, which alters the clean channel into something more like a crunch channel, and the lead channel into a high-gain channel.

The Mercuriall U530 meticulously models the preamp stage, providing you with not only the original E530 setup, but also additional preamp valve models, a Class A power-amp stage and eight cabinet emulations, expanding the functionality of the plug-in over the original hardware.

After installation and a slightly laborious activation process, we were up and running with the plug-in. The first thing we usually do when trying out a new amp plug-in is to try out the presets for an idea of what the software is capable of, before veering off-piste with our own experimentations.

However, the Mercuriall U530 has no such presets to try out, so instead we began by dialling in a clean tone on the clean channel, with the Lo-Gain setting. Engl amps are perhaps best known for their full-on screaming metal tones, but with this clean setting we were able to get a very tasteful clean blues/jazz tone. Switching from the RCA valve setting to the Tung-Sol produced a little more break-up and a creamier, more Stevie Ray Vaughan-style tone, with some loss of top end, while the RSD valve setting had the most open-sounding tone, which suited our Les Paul, but might be a little too much with a brighter-sounding guitar.

Scrolling through each of the eight cabinet models and mic-position options opens up even more tonal options, and it’s well worth doing, as each cabinet does bring its own unique flavour to the sound of the Mercuriall U530. A little distance on the mic can help to smooth out some of the modern cabinets with this tone – our favourite with the Les Paul and this clean tone was the Vintage P12R 1×12, which models the Jensen speakers from a tweed-era Fender Deluxe.

When testing clean tones on virtual amps, it’s worth paying close attention to how the signal breaks up dynamically in response to your playing technique. The Mercuriall U530 has a very natural feel, and the amp responds as you push into it, producing a tone that has bags of character.

The most noticeable detail, however, was that switching from one valve model to another would change the sweet spot where breakup occurs, meaning we had to adjust our guitar volume to get the right level going into each of the three valve models. Alternatively, if the level is too low for the clean setting, a Lo Clean Boost switch is provided.

The Engl E530 has previously been modelled by Brainworx as part of the bx_rockrack plug-in, which also includes emulations of a Marshall JCM800 2210, a MESA/Boogie Recto-Verb and a custom Brainworx amp.

A free ‘Player’ version of this plug-in is available, which includes 26 presets, but no options to customise the sound further. Additionally, Brainworx has modelled two more Engl amplifiers for the Universal Audio UAD platform.

The Clean Channel has a Bright setting, which can be employed to draw a little more top-end out of the clean setting for a slightly less bluesy and more jazzy sound, especially when it’s used in conjunction with the amp’s built-in chorus effects.

Engaging the Hi-Gain setting switches things up a bit, essentially overdriving the amp and creating a classic-rock rhythm sound from the Clean Channel. This setting compliments the Lo-Gain clean setting well, creating two contrasting but complementary tones, which sit well together, side-by-side in the mix as a rhythm and lead.

Switching over to the Lead Channel, you start to get an idea of what Engl is more commonly known for. Even with only the Lo-Gain setting, we’re into heavily distorted territory, perfect for more metal styles – and engaging the Hi-Gain setting results in an even more modern, out-and-out heavily rectified tone. Despite being smothered in distortion, the lead tone is crisp and defined, and the piercing top-end can be brought under control quite easily, or left to let rip.

There’s no room for much harmonic complexity at this level of distortion, but big power chords can be chugged out with menacing force, and lead lines will soar above even the densest of mixes.

The problem with this amount of gain is that the noise floor is raised to an almost unbearable level. This could be cleaned up quite quickly with a noise gate, but the U530 doesn’t have one built in, so you’ll have to use another plug-in to gate your signal before feeding the U530.

Mercuriall has delivered an exceptional virtual amp for high-gain rock and metal guitarists, and anyone already familiar with the Engl E530 will want to audition this plug-in as an alternative, replacement, or even as a complement to the hardware. It’d be useful to have a few more effects to use with the amp, particularly delays and reverbs. However, as each section of the amp can be turned on/off, it is possible to place a delay or reverb between the preamp and power-amp/cabinet stages by using two instances of the U530 plug-in, with the effect in between. 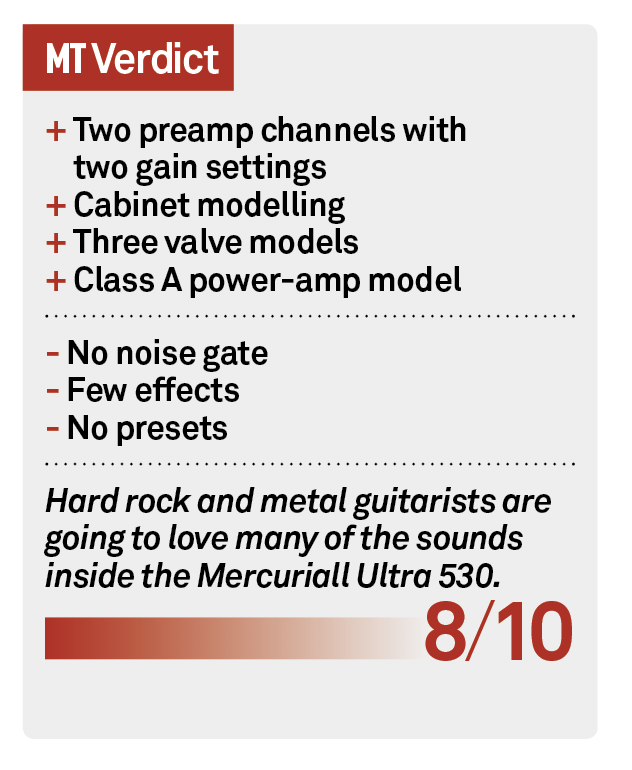